Did you know that mountains cover 75 per cent of British Columbia[i]? Like the beaches we introduced in April, mountains offer beautiful scenery in summer. Today, we will focus on the Canadian Rockies depicted and described in our digitized photographs, illustrations, and books in Open Collections.

In the Uno Langmann Family Collection of British Columbia Photographs, you can find postcards of the Rockies:

This is a postcard of Mt. Robson, the highest peak (3,954 m; 12,972 ft) in British Columbia and of all the Canadian Rockies mountains: 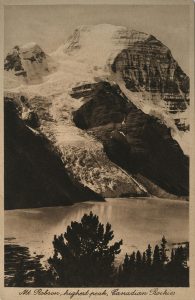 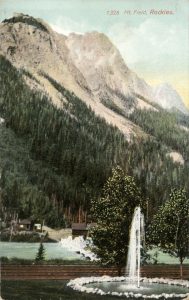 The Langmann Collection has a photograph album titled, “20 real photographs of Canadian Rocky Mountains”. This is the photo of Field, BC and Mt. Stephen (3,199 m; 10,496 ft), which is also located within Yoho National Park. Mt. Stephen is the tallest of the mountains surrounding the town: 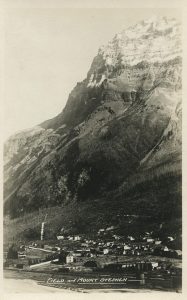 The Chung Collection also has numerous photographs of the Canadian Rockies mountains. Castle Mountain (Miistsukskoowa), a traditional territory of Siksika First Nation[ii], is located within Banff National park. It has numerous rock-climbing routes: 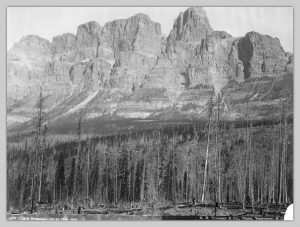 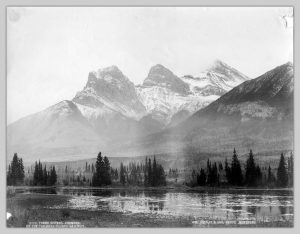 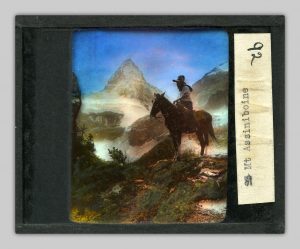 In the Chung Collection, we have digitized many advertising pamphlets of the Canadian Pacific Railway Company’s hotels and train tours which have beautiful illustrations on their front pages.

This 100-page booklet includes the detailed descriptions of each sightseeing spot in the Canadian Rockies: 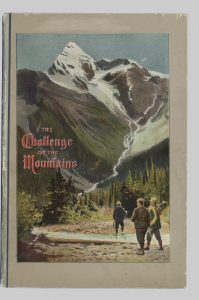 The challenge of the mountains, 1904.

This five-page pamphlet also summarizes the resorts in the Rockies: 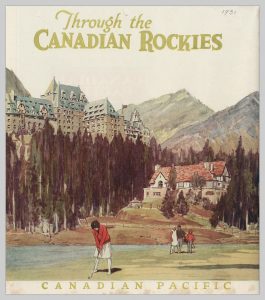 Through the Canadian Rockies, 1931. 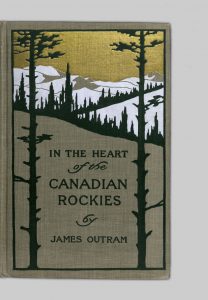 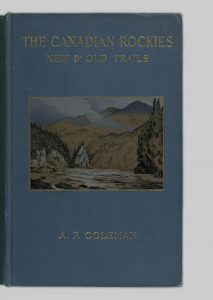 We hope you have a chance to enjoy the mountain views this summer. If you want to explore more mountains in Open Collections, here are some items and keywords you can access: