Next Monday is BC Day! To celebrate, this post will introduce our BC Historical Documents collection and explore the early history of BC.

Rare Books and Special Collections in the UBC Library houses an abundance of original documents related to the development of British Columbia and its economic, social, political and cultural history. We have digitized more than 1,500 items from 9 archival and special collections dated from 1789 to 1970, including the following fonds and collections:

The fonds consists of two bound copies of the logs of the Columbia Rediviva (commonly known as Columbia), a privately-owned ship operated around 1800. It was known as the first non-Indigenous vessel to enter the Columbia River.

[Copy of a part of Haswell’s Log of the Columbia covering his trips of the Washington to the vicinity of Fuca Strait between March 16th and April 23rd 1789.], 1789.

This handwritten transcribed copy is Robert Haswell (1768-1801)’s log of the Columbia. Haswell was an American maritime fur trader to the Pacific Northwest of North America and enrolled as the third mate on the Columbia. 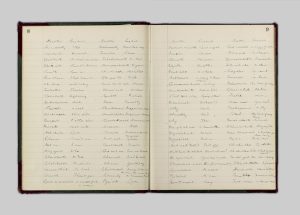 [Photostatic copy of Captain Robert Gray’s log for the Columbia in 1791. It records voyages along the northwest coast of Washington State and British Columbia.]

This is the photostatic copy of Captain Robert Gray (1755-1806)’s log for the Columbia. Gray was an American explorer who named the Columbia River after his ship. 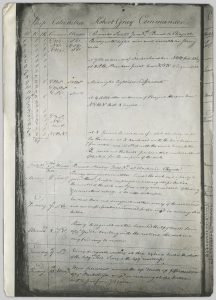 Henry Doyle (1874-1961) was the manager of Doyle Fishing Company (Canadian Division) and the first manager of the British Columbia Packers’ Association. The fonds consists of 666 items pertaining to the Pacific fishery industry. 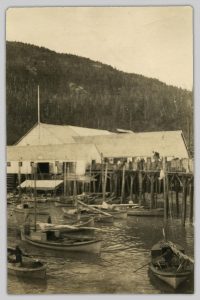 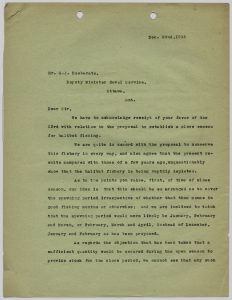 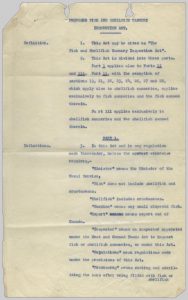 Proposed Fish and Shellfish Cannery Inspection Act, [between 1895 and 1915].

Hastings Saw Mill Company was launched in 1867 by the B.C. and Vancouver Island Spar Lumber and Saw Mill Company (Stamps Mill) on Burrard Inlet. The previous owner was Heatley & Company of London until 1928. The fonds includes around 90 items such as correspondence, memos, maps, photographs, plans, and articles of association. 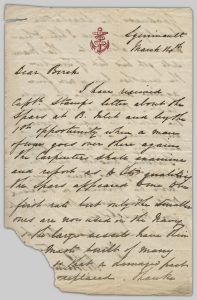 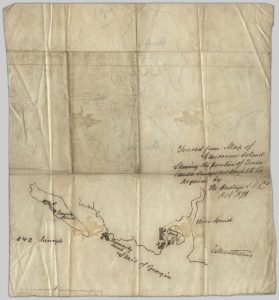 [Map: traced from map of Vancouver Island, showing the position of the timber lands surveyed and sought to be acquired by the Hastings Saw Mill Company Limited. Oct. 1871. by E. Stephens], 1871.

The collection was collected by John S. Keenlyside, a Vancouver-born UBC alumni and the founder of the investment counselling firm John S, Keenlyside & Co. The fonds have more than 300 items consisting of legal documents in the 19th century and documents related to the British Columbia Provincial Police force and various Japanese-Canadian and civil rights groups. 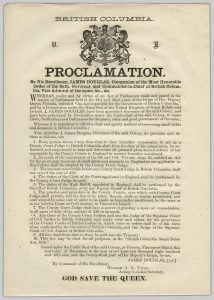 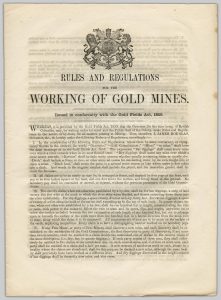 Rules and Regulation for the Working of Gold Mines. Issued in conformity with the Gold Fields Act, 1859. Whereas, it is provided by the Gold Fields Act, 1859, that the Governor, for the time being, of British Columbia, may, by writing under his hand and the Public Seal of the Colony, make Rules and Regulations in the nature of by-laws, for all matters relating to Mining. …, 1859-09-07.

The fonds consists of incoming letters to Constable Alexander Forsythe regarding fishing licenses and other matters as well as his report on the spawning grounds at Babine Lake and other locations. 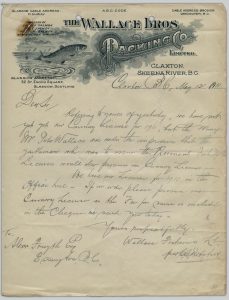 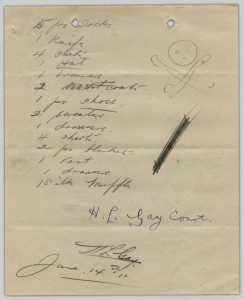 Robie Lewis Reid (1866-1945), a lawyer and historian, donated his Canadian collection to UBC, where he served as a member of the Board of Governors and the solicitor. Open Collections published around 15 items including correspondences, legislative proceedings, essays and contracts, legal works, and advertisements. 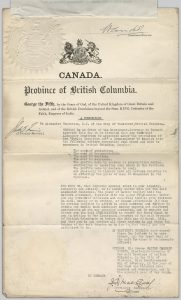 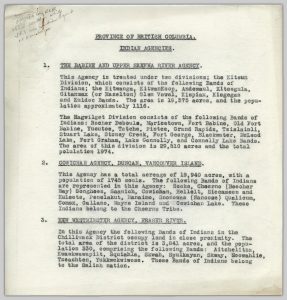 Charles Augustus Semlin (1836-1927) was the Premier of British Columbia between 1898 and 1900. The fonds includes his outgoing letters as the Premier, financial records, correspondence and other material relating to the Dominion Ranch, Semlin and Stuart and the Interior Stock Raisers’ Association, and we have digitized more than 50 items. 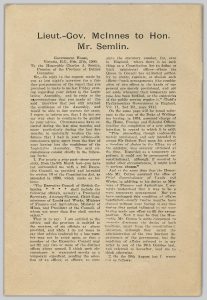 Correspondence between Lieutenant Governor McInnes and Honourable C. Semlin, Premier, in respect to the Dismissal of the Semlin Government, 1900-02. 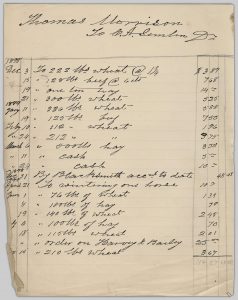 The collection was donated by G. Vernon Wellburn in 2011. He was a former lecturer in forest harvesting in the Faculty of Forestry at UBC. His collection consists of four items: a letter, telegram, a document, and an invitation. 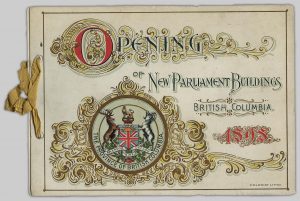 Education Library houses historical textbooks used in Canada, and we have digitized 20 of them between 1895 and 1930. 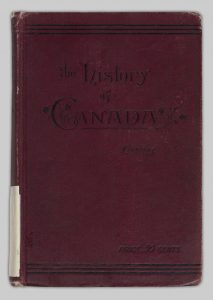 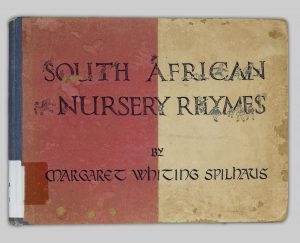 If you enjoyed this post, please visit BC Historical Documents Collection and explore the history of BC. Happy British Columbia Day!