Now that the rainy season is finally ending, we’re ready to enjoy British Columbia’s beautiful beaches. For this post, we gathered together historic photos of B.C. beaches, from right here in the Lower Mainland to Powell River.

Starting locally, we found several photos of beaches at and near UBC in the UBC Archives Photograph collection. This photo of Wreck Beach from the 1980s shows the erosion of the Point Grey cliffs: 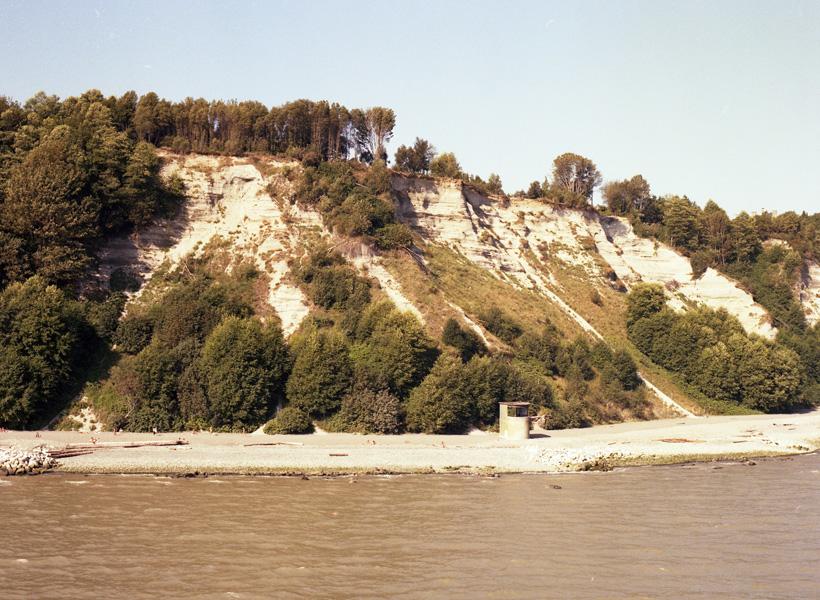 This photo of Jericho Beach from 1962 also shows the surrounding area, including West Point Grey and Kitsilano: 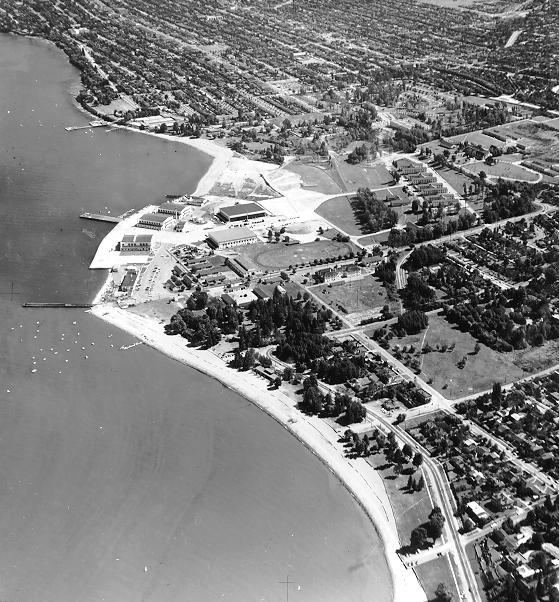 Although the exact location of this photo within Vancouver is unknown, we love this beach attire from around 1900: 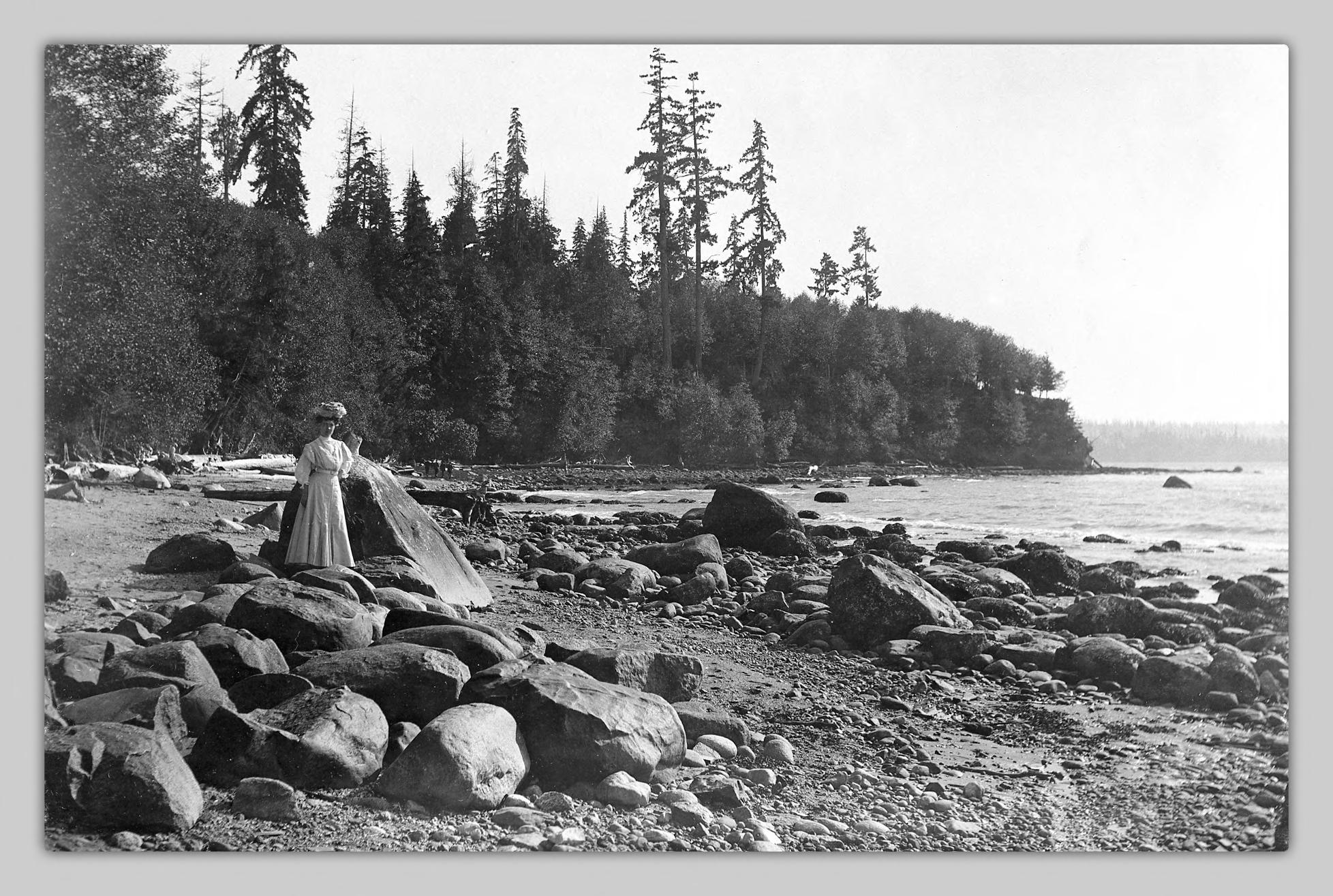 These postcards show Kitsilano Beach in the early 20th century – check out the men’s suits in the first photo! 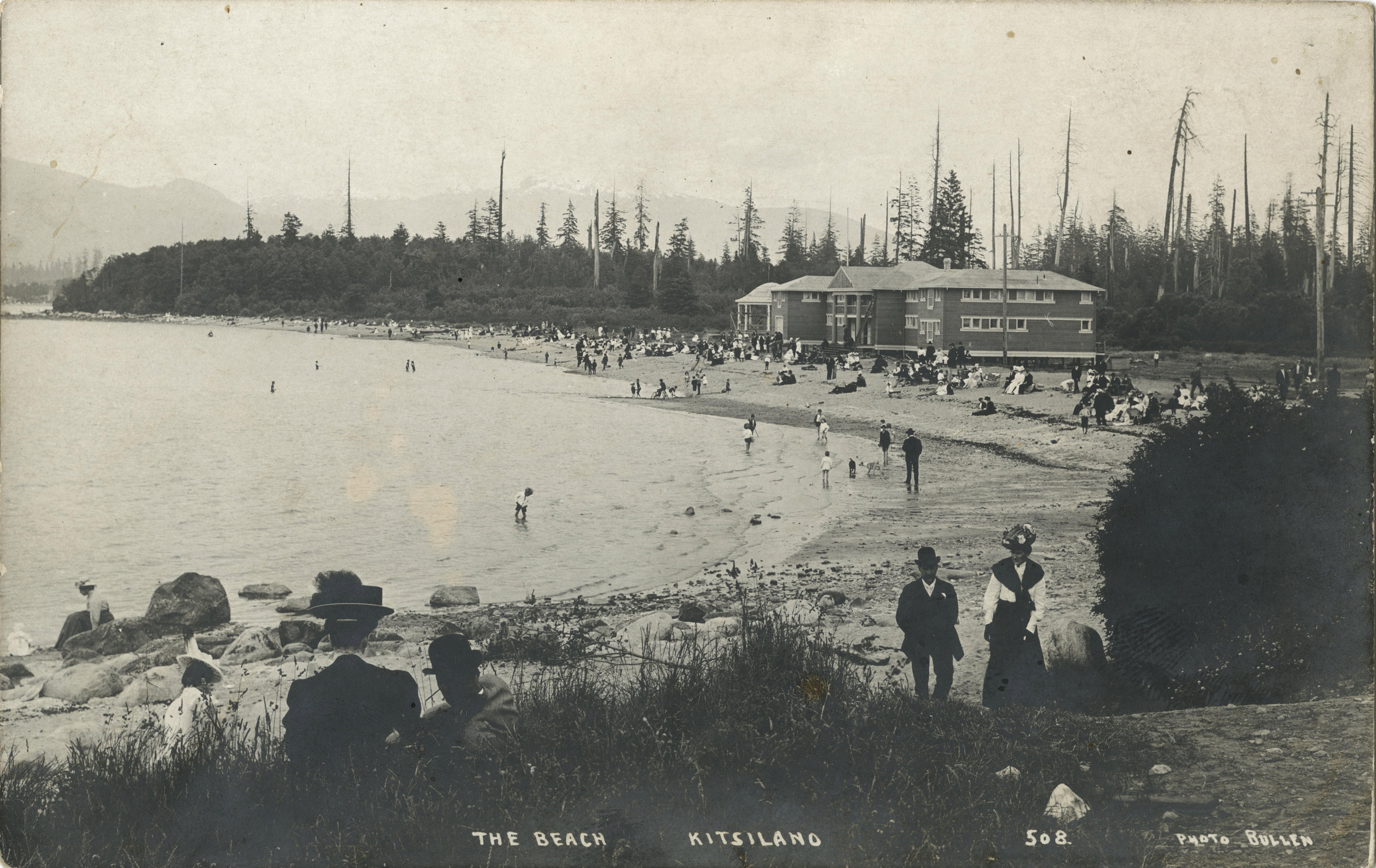 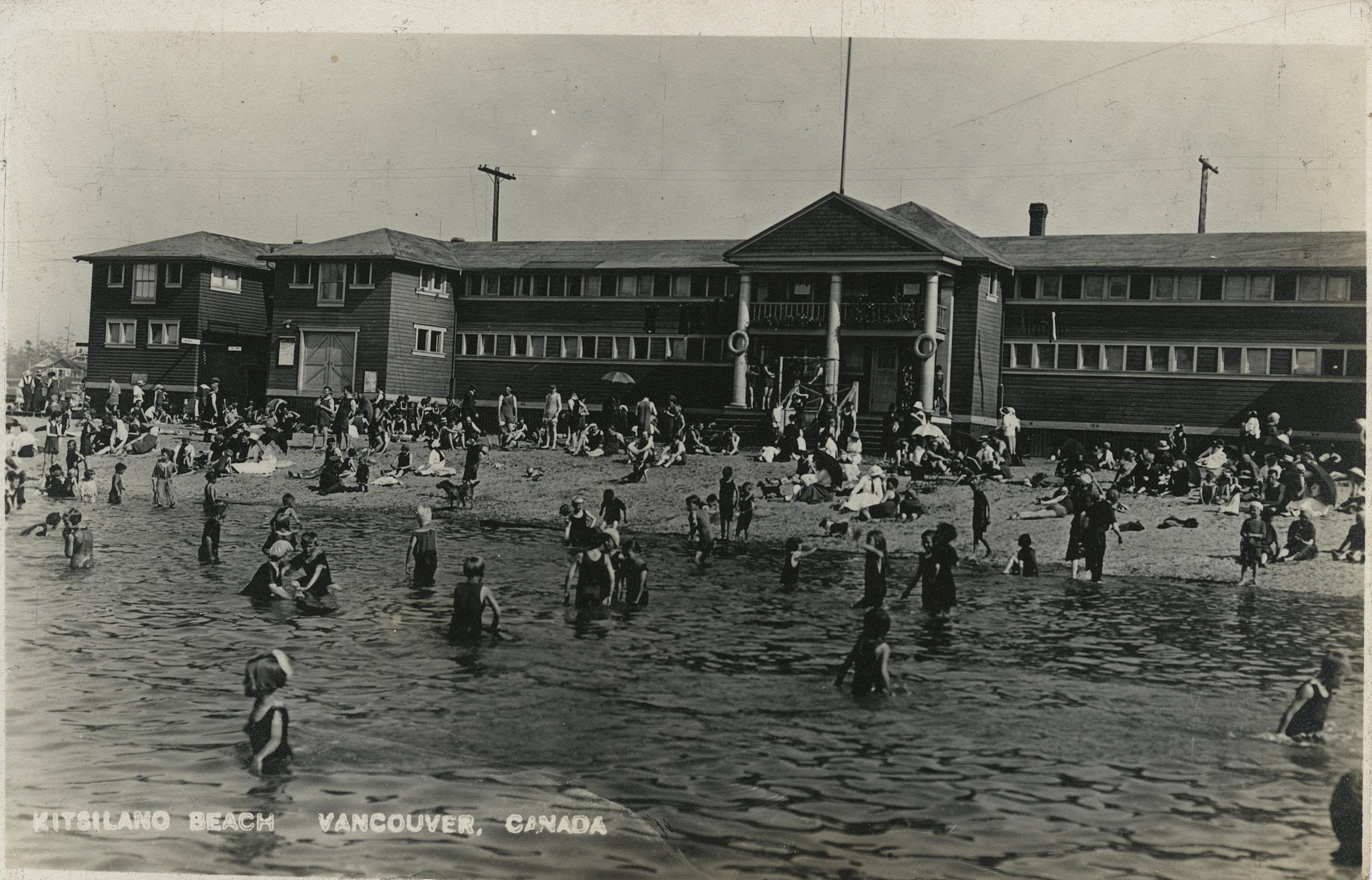 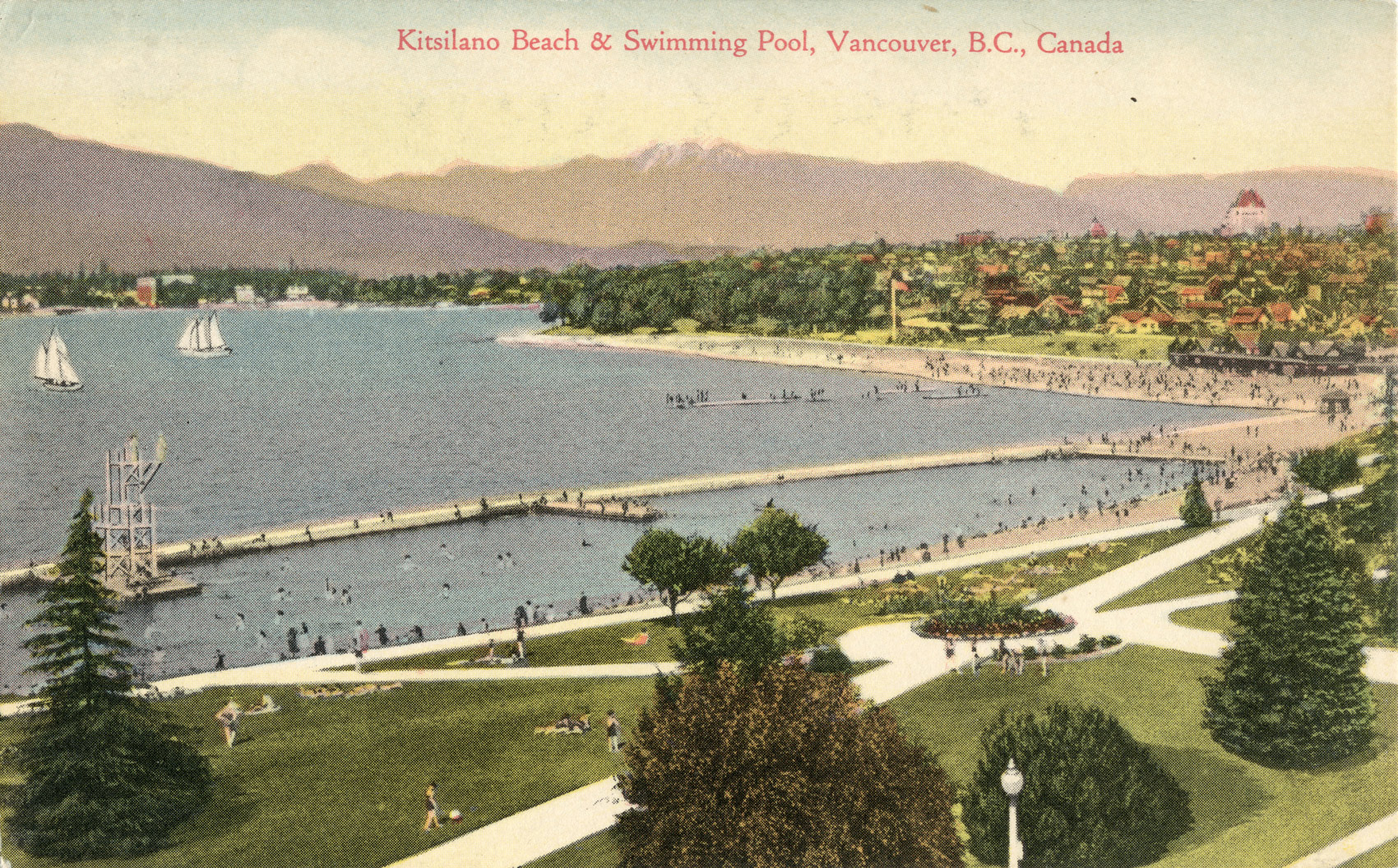 We found several photos of English Bay and Second Beach, over by Stanley Park: 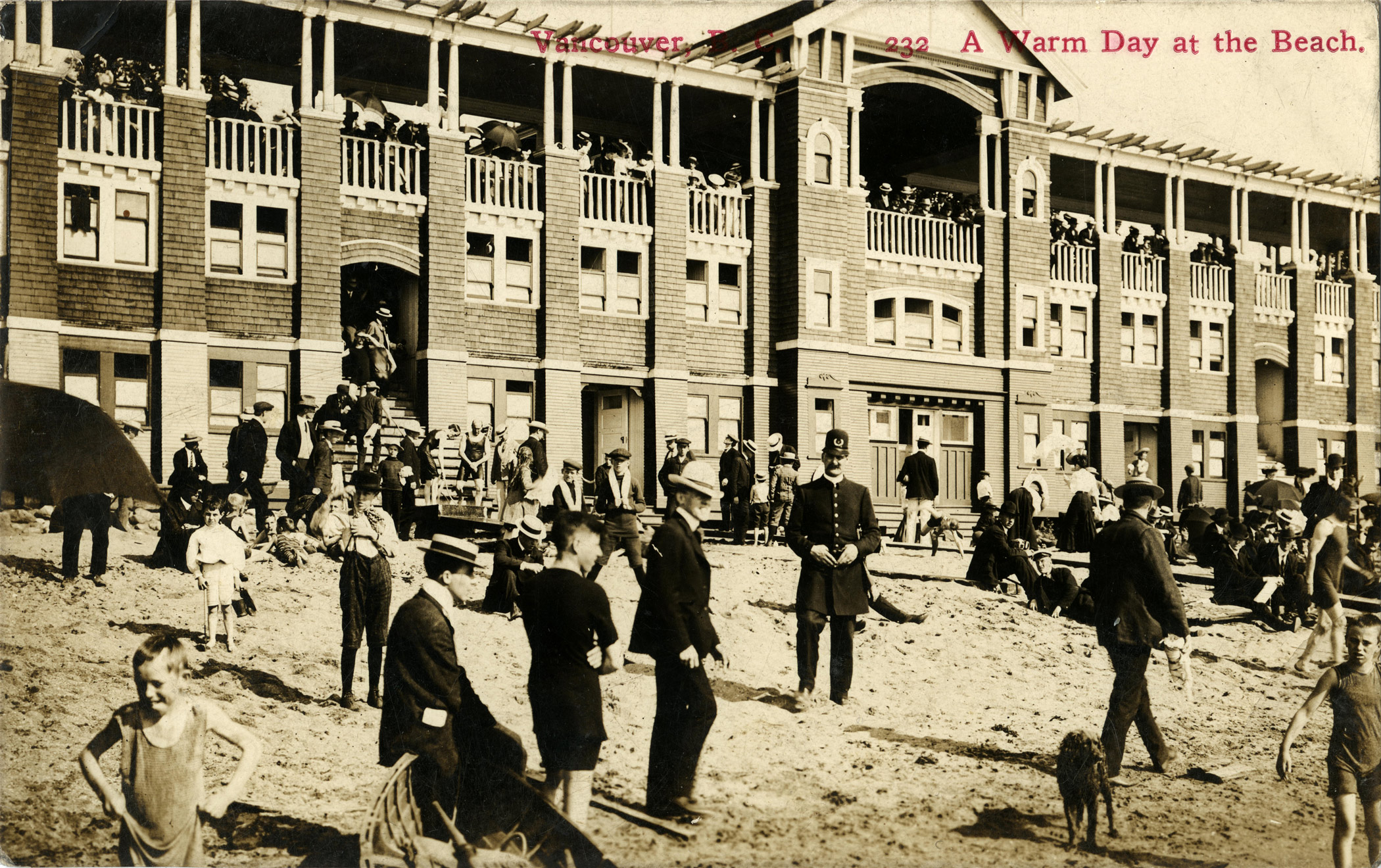 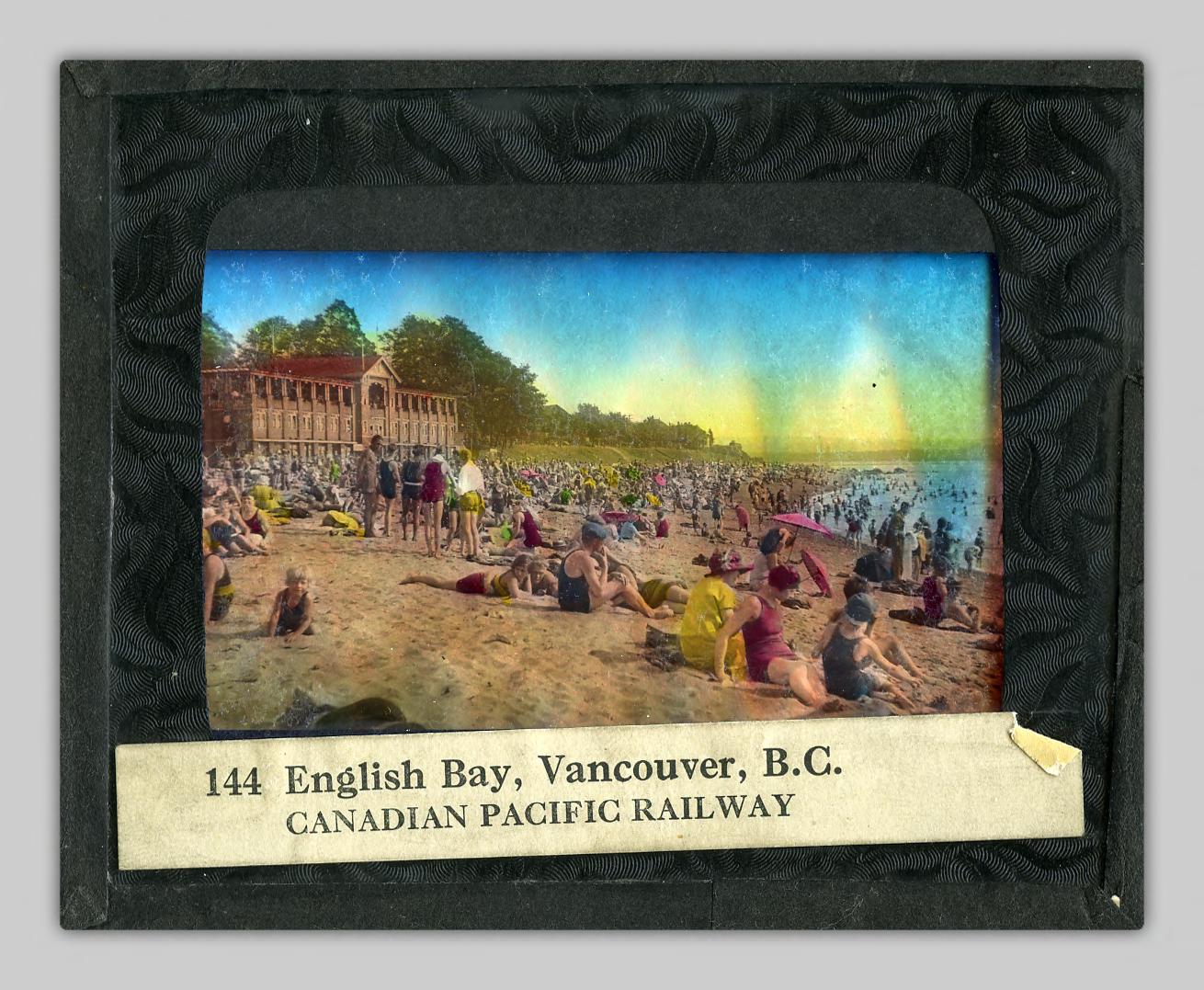 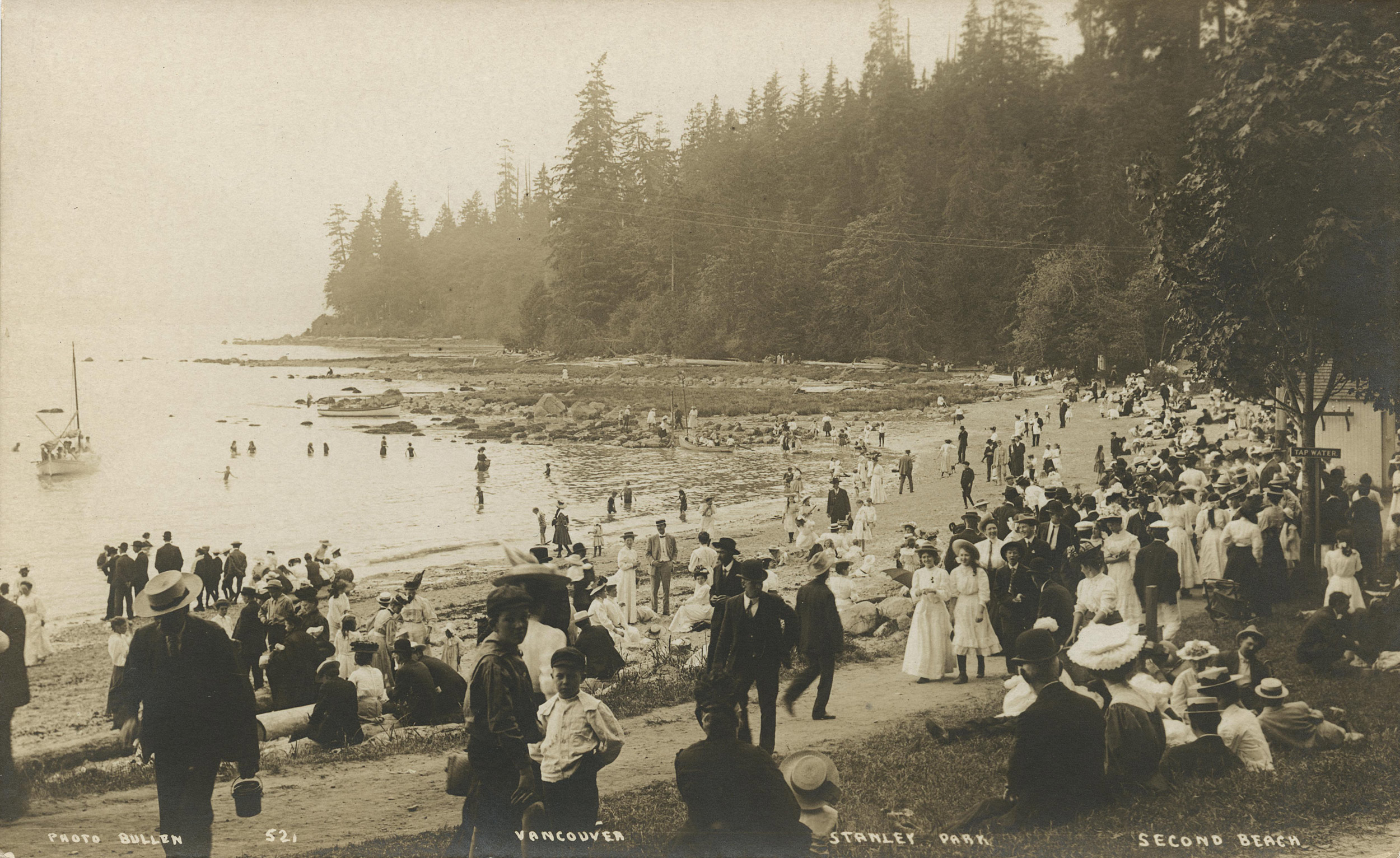 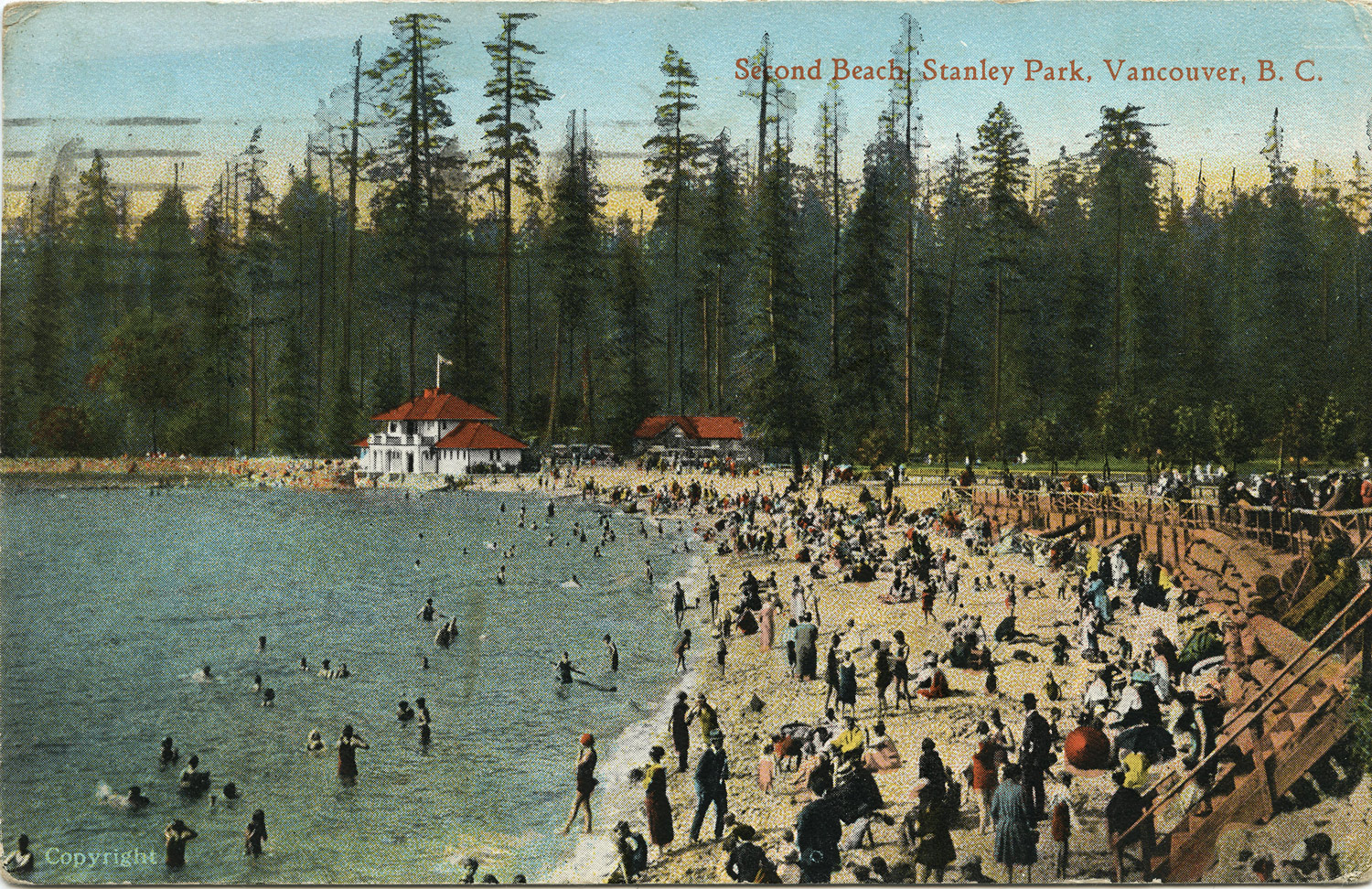 This photo shows several 1920s businesses near Crescent Beach in Surrey, including an ice cream parlor and a shop selling fish and chips: 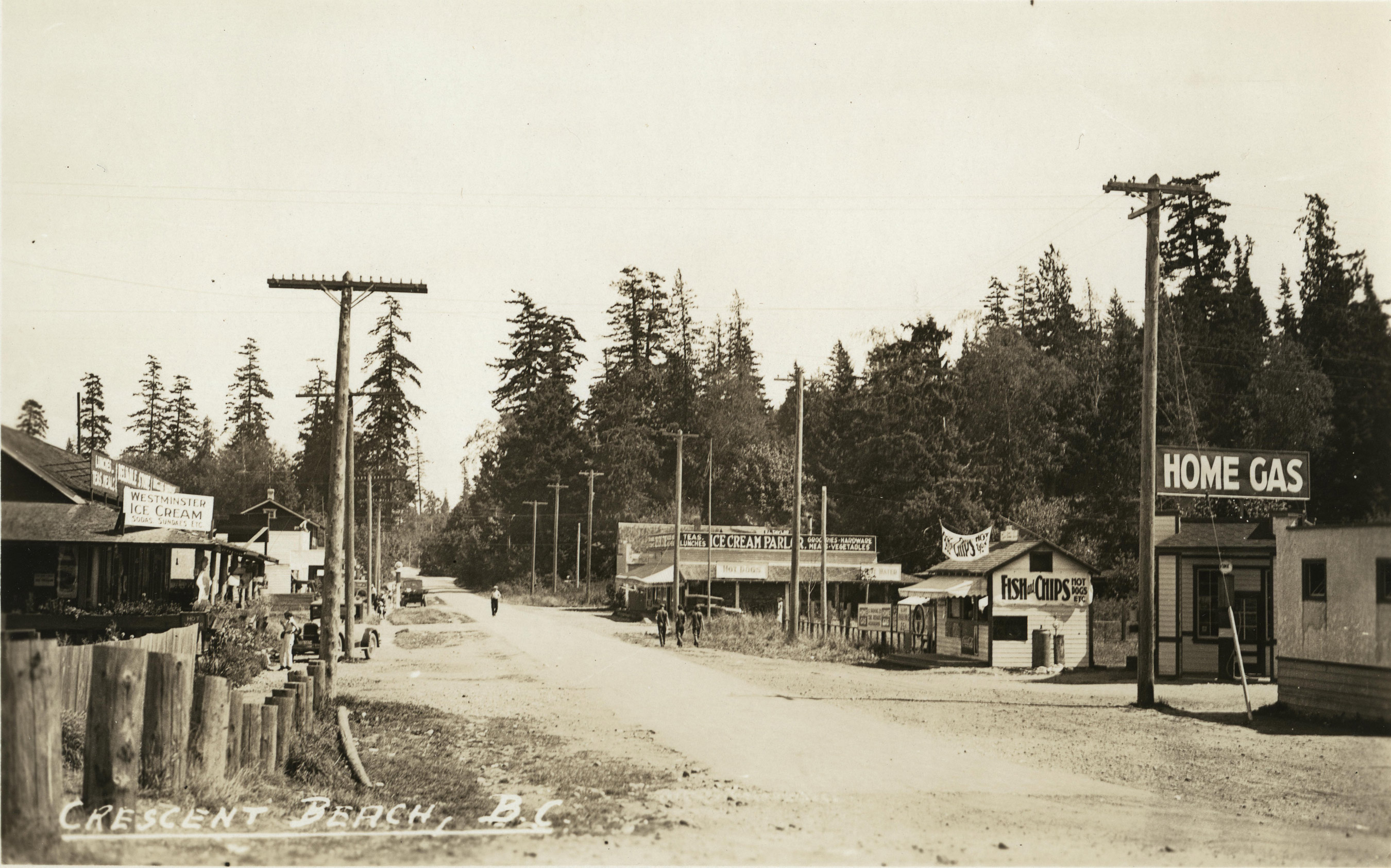 This postcard shows a bustling day at Boundary Bay, close to the Canada/U.S. border: 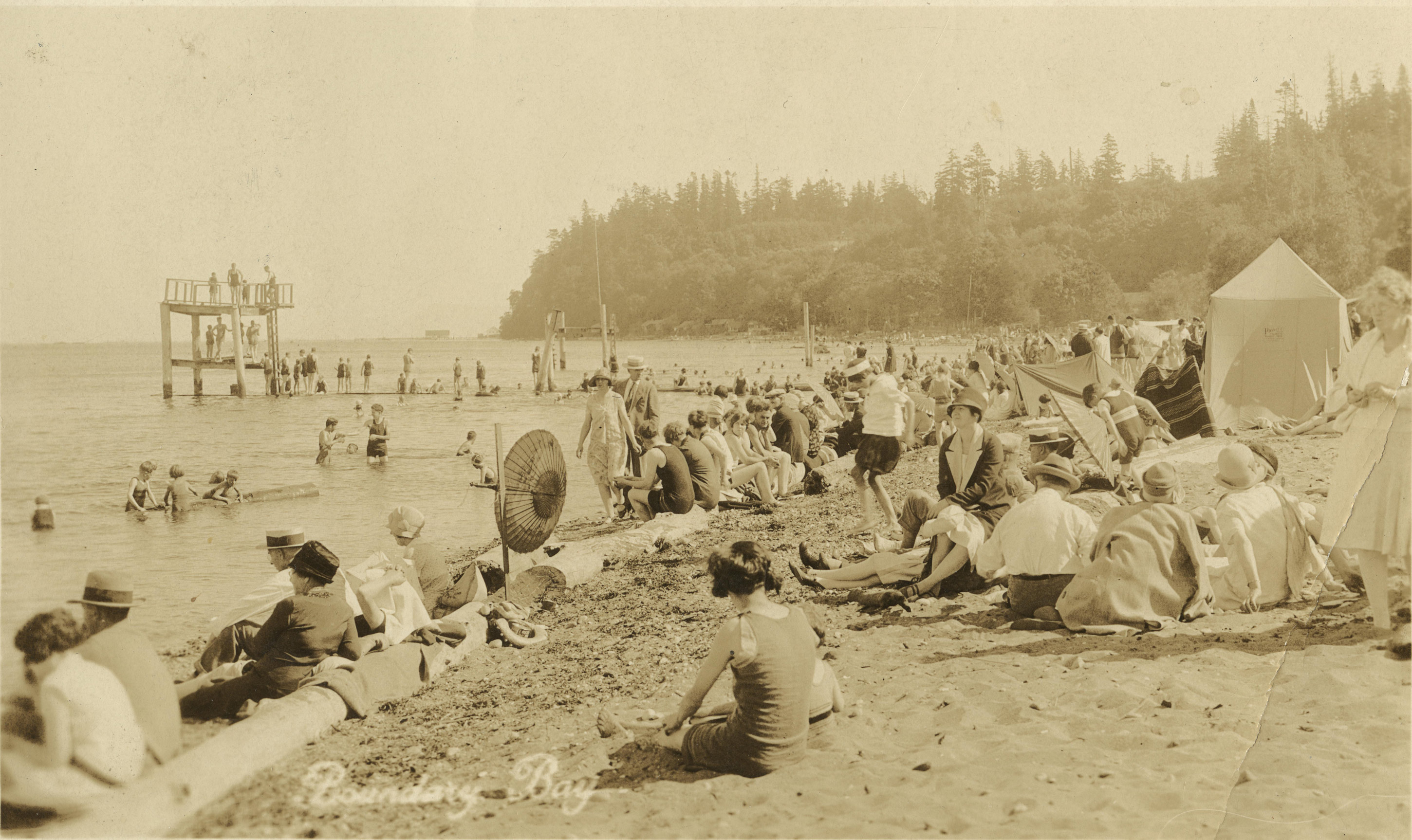 In this postcard, swimmers and boaters enjoy the beach at Whytecliff Park in West Vancouver: 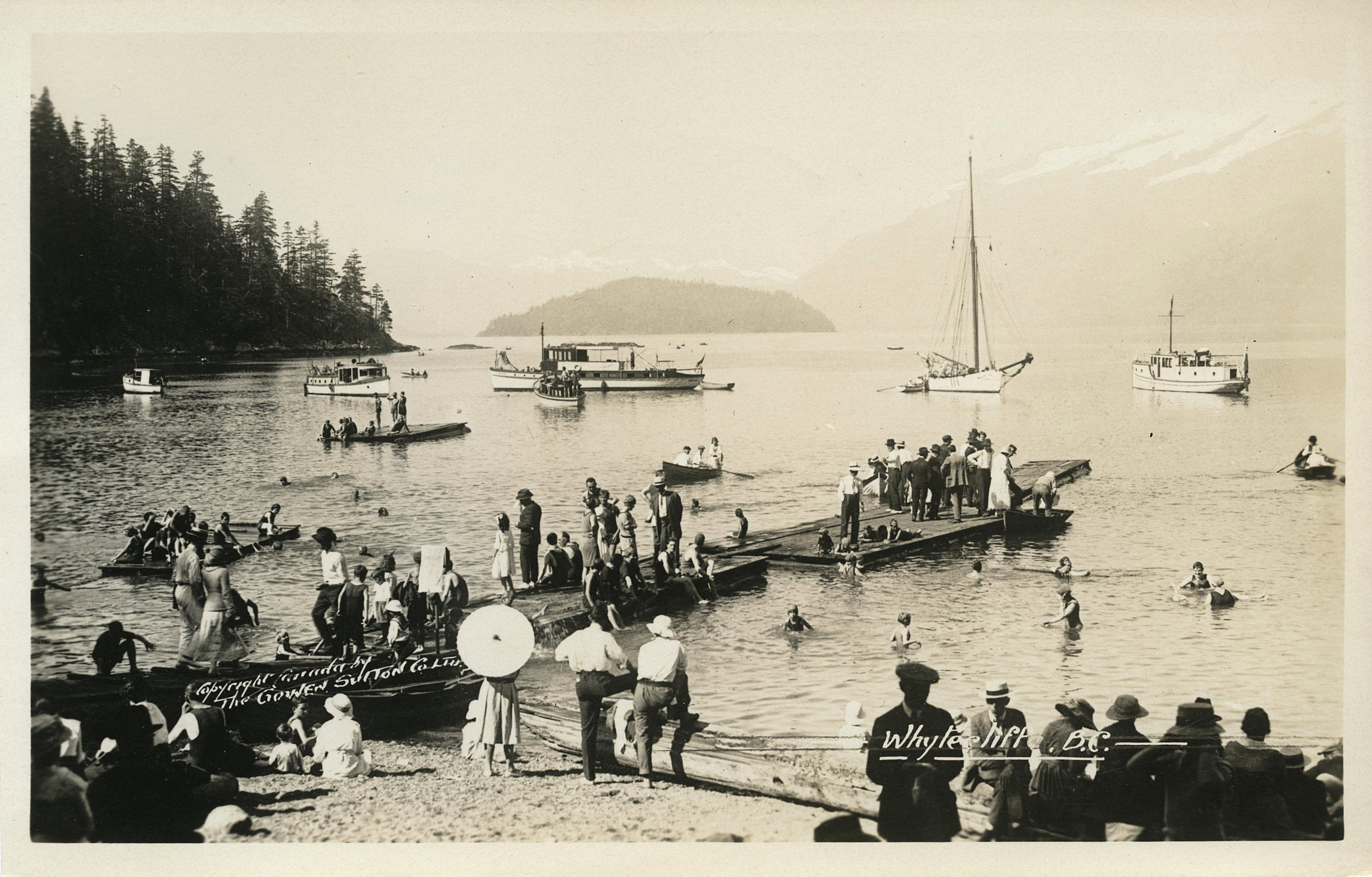 In Powell River, Willingdon Beach is a serene location for enjoying the beach and camping: 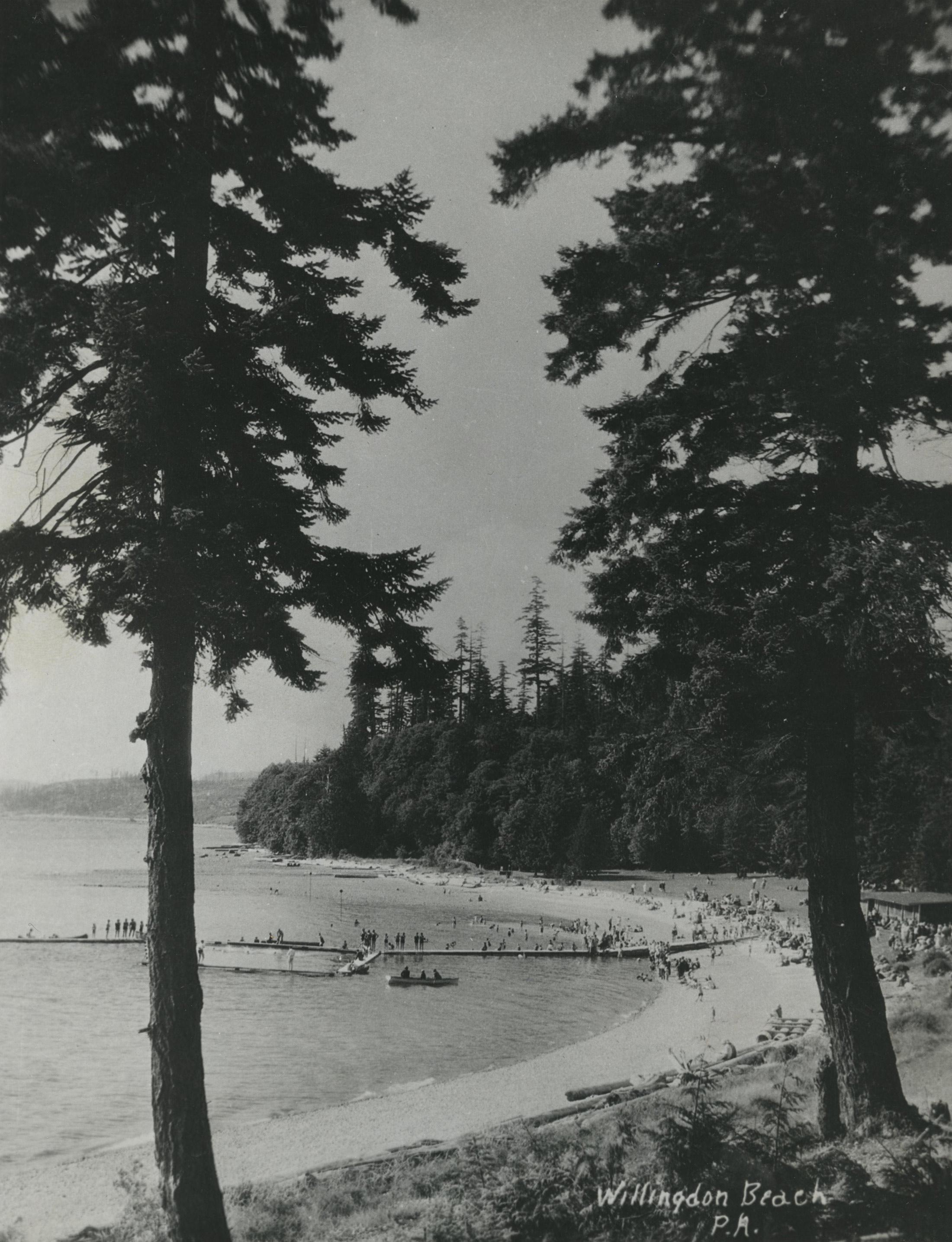 We hope you get the chance this season to visit the nearby beaches and other vacation spots around the province to enjoy what B.C. has to offer.