This two-part series introduce the collection of History of Nursing in Pacific Canada. You can view Part 1 here. In previous blog posts, we profiled Ethel Johns Fonds, and Laura Holland Fonds.

Lyle Creelman (1908-2007) was the Chief Nursing Officer of the World Health Organization from 1954–1968. She established national and international standards for accomplishments in the field of nursing. She also co-authored the Baillie-Creelman Report, which was a classic textbook for nurses. In 1971, she was awarded the Order of Canada. 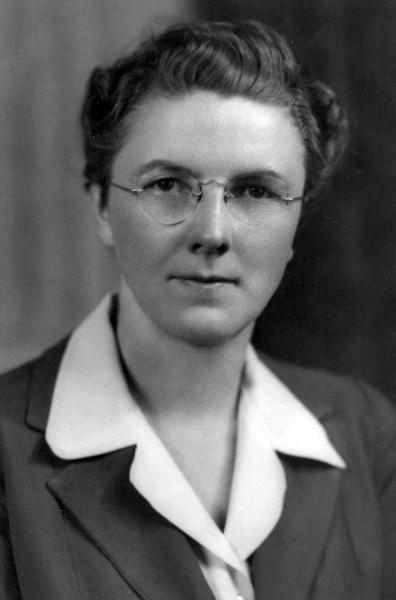 Here is a page from Creelman’s diary when she was in Hamilton, Ontario in 1948. It appears to be her full personal record of the Baillie-Creelman Survey. 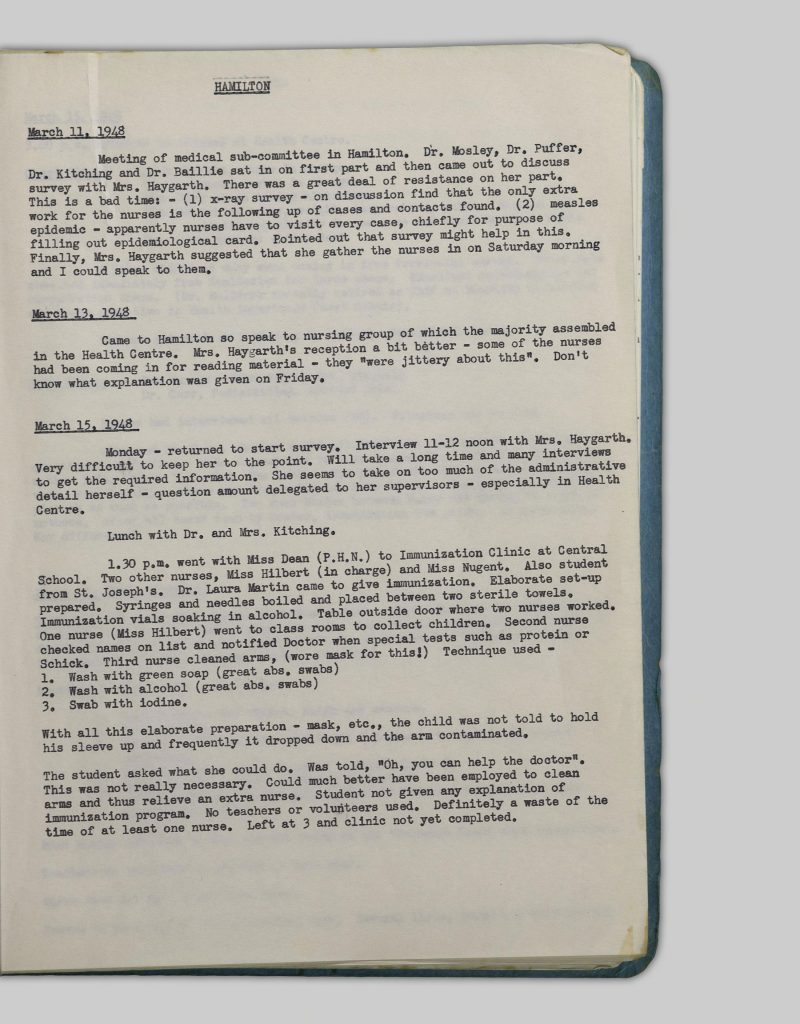 In an earlier post, we talked about infant feeding devices such as feeding bottles and food pushers, which may strike the material historians’ fancy.

The oldest item within all these artifacts is a pap boat that dates back to 1741. A pap boat is a small open-topped vessel with extended pouring lips to feed “pap” to infants, children, and invalids. Pap is a mixture of bread, flour, and water. 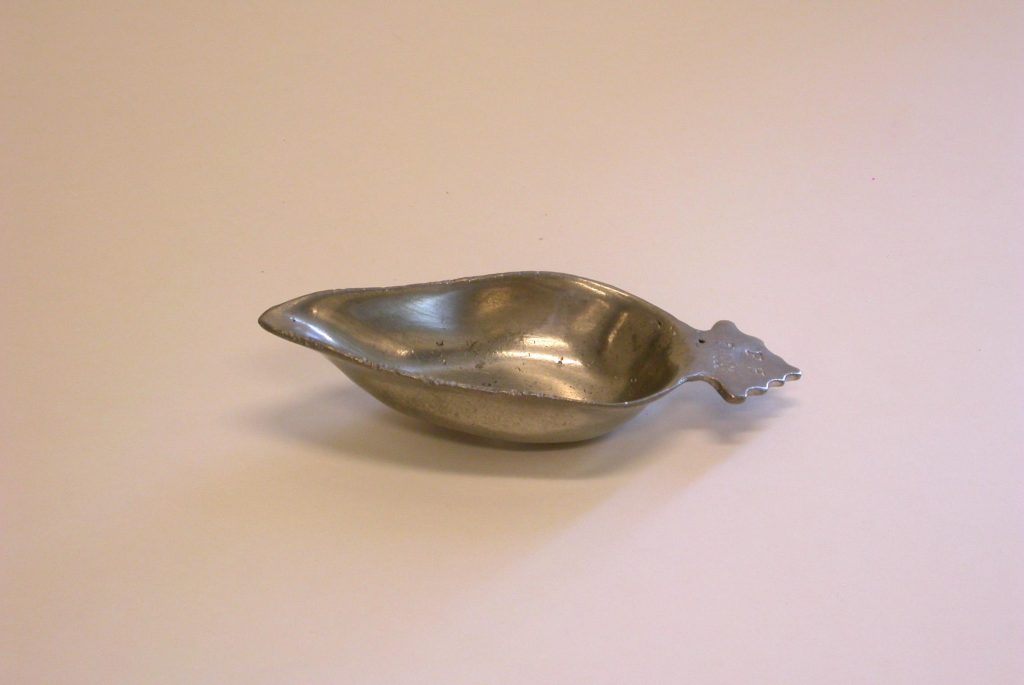 There are 18 items in this collection, including annual reports and proceedings of convention of the British Columbia Hospitals’ Association, from 1918-1931, Public health nurses’ bulletins that were published in 1930s, and a pamphlet on nursing questions. 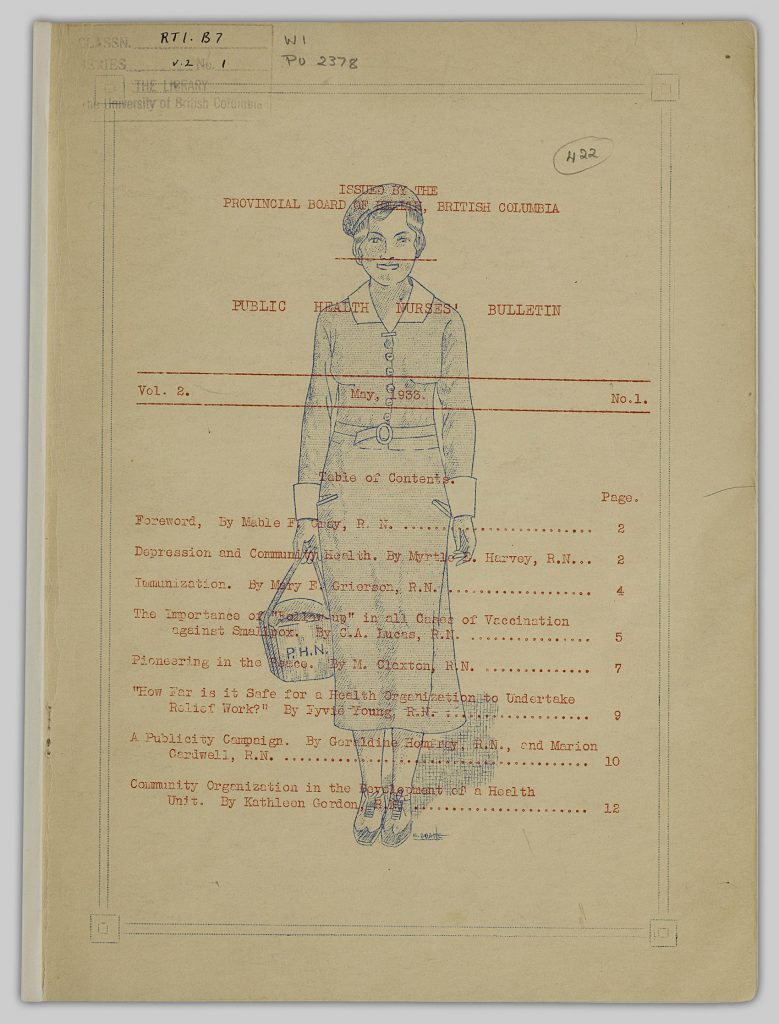 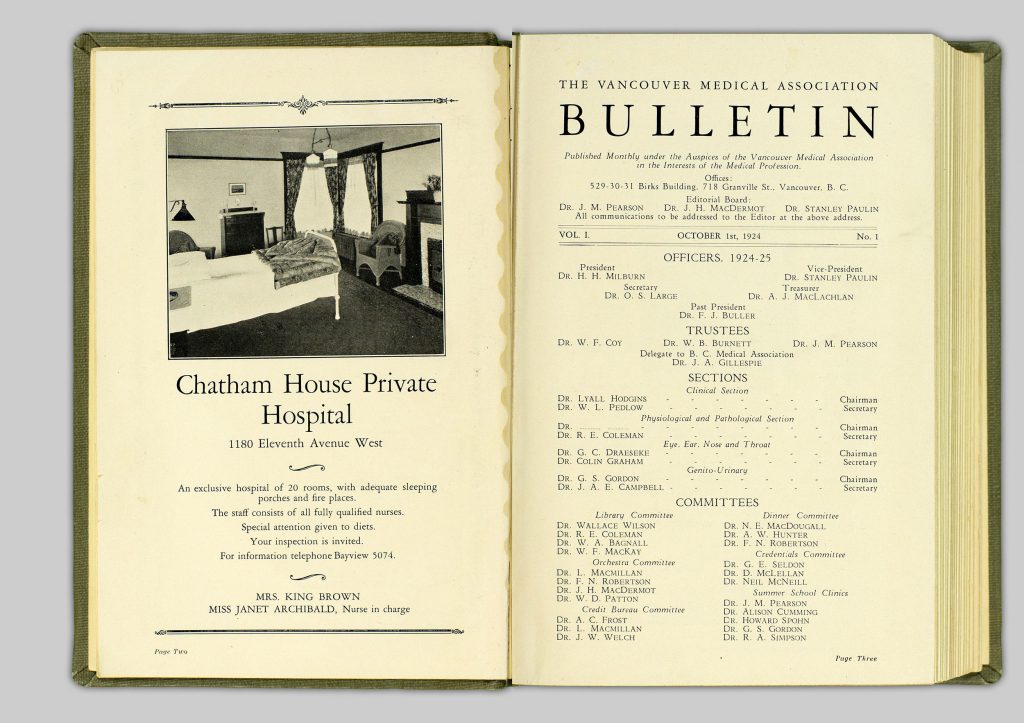