Collections stand out for different reasons. The History of Nursing in Pacific Canada Collection contains many unique items, including materials from the Ethel Johns Fonds and local material (BC and Yukon) held at UBC Library. It further contains what is known as the Infant Feeders Collection, held in the Memorial Room of the Woodward Biomedical Library at the University of British Columbia.

Most of the infant feeding devices in this collection were donated to Woodward Library by Alice Lillian Wright. Wright was born on Prince Edward Island and received her early education there. She graduated from the Vancouver General Hospital School of Nursing in 1918 and later received a Bachelor of Science from Teachers College, Columbia University.

Wright specialized in pediatric nursing and was an instructor at the Columbia-Presbyterian Medical Center and the Babies Hospital of New York. In 1943 Wright returned to Vancouver to become Executive Director of the Registered Nurses’ Association of British Columbia, continuing in this position until her retirement.

Here is a sampling of some of the feeding devices in the collection: When glass-blowing became available, the “banana” type of feeding bottle emerged. The mother would press one side of the bottle to control the milk flow, while the baby could drink it in an inclined position. 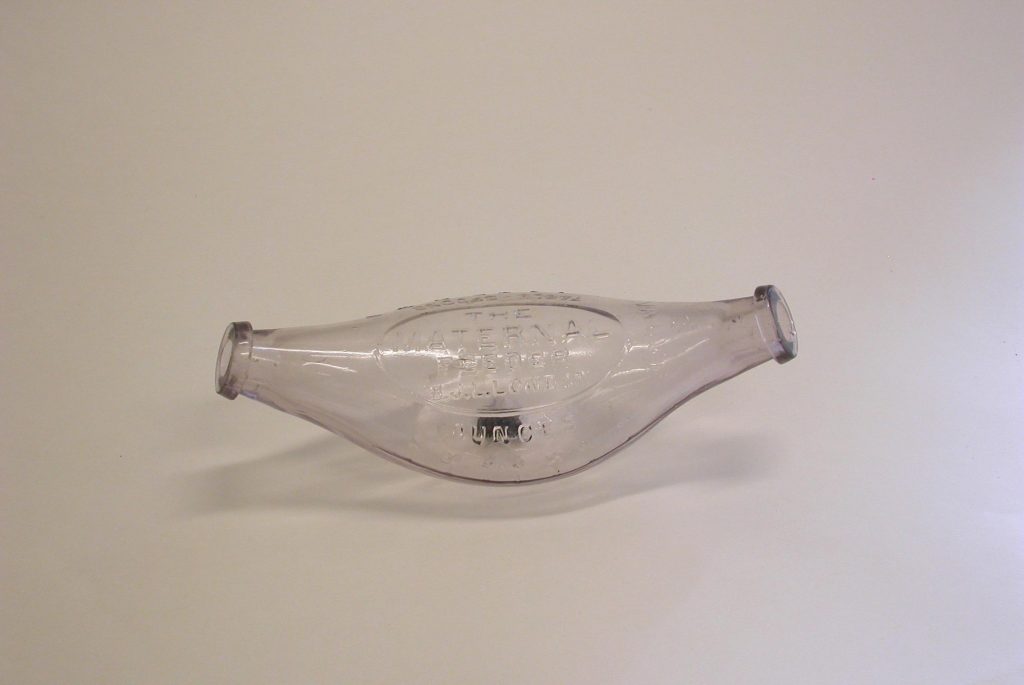 There was one type of feeding bottle that was unfortunately known as the “Murder bottle”, because several babies died while using it. The bottle used a rubber tube attached to the nipple, which made it difficult for babies to suck the milk and caused several problems. Because the rubber tube was difficult to use and clean, it created a perfect environment for the development of deadly bacteria. Despite this fatal issue, this style of bottle remained popular until the 1920s. 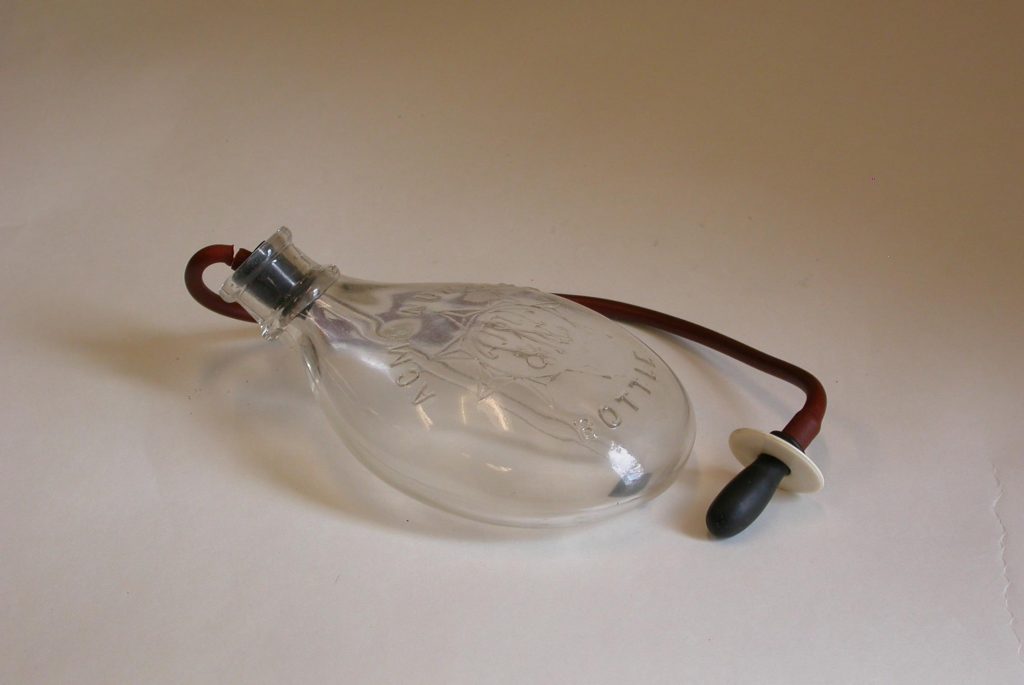 Rattles were often used as a tool to amuse a child, as they still are today. Some of them had additional elements, like this one, with a mother-of-pearl teething ring. 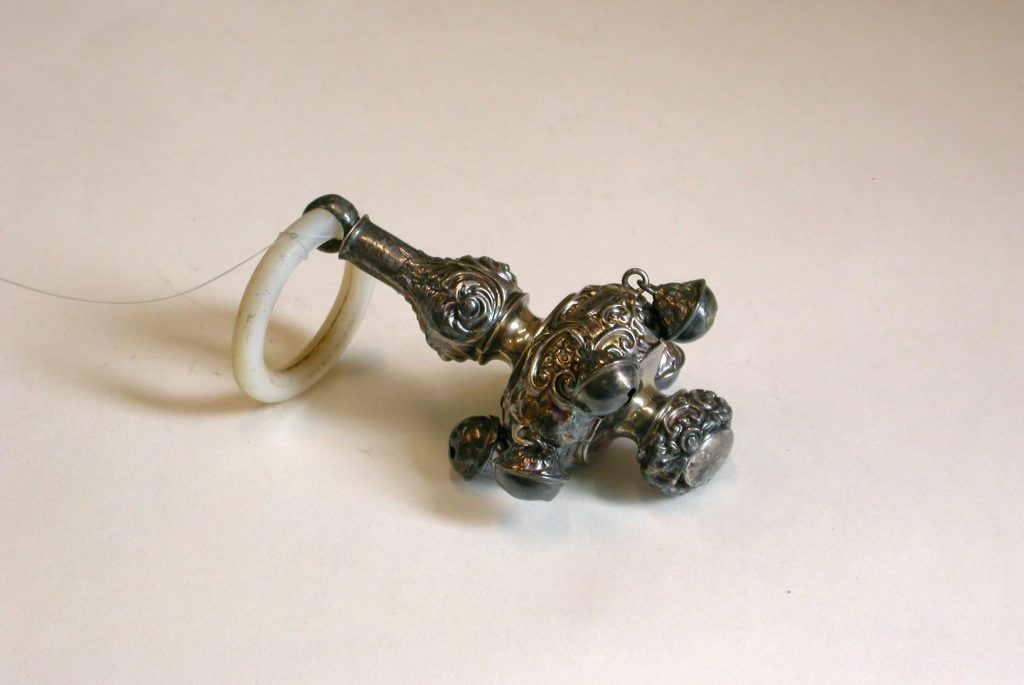 The pap warmer was used to keep semi-liquid (or “pap”) warm during the night at the child’s bedside. They could be made of metal or ceramics and were used to keep food warm by using a vessel for oil and a wick. A complete pap warmer has several elements: the pedestal or base, with a large aperture for the godet; the godet, or vessel for oil; the liner, which was a bowl for hot water; pannikin, a bowl for the food; and a lid, with a work to hold a candle on it. Check other models of pap warmer that existed. 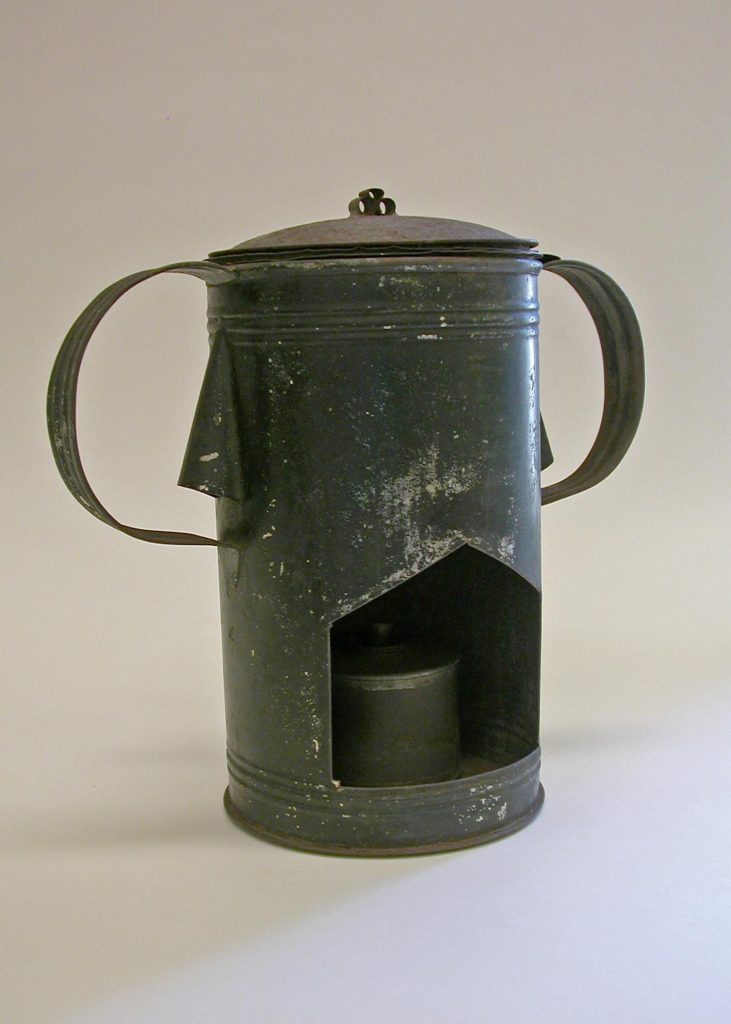 Pap boats were used to feed soft foods during the first months of an infant’s life by simply pouring food into the child’s mouth. Overfeeding children was very common, and the practice in 18th and 19th century was to feed the child until they regurgitated and then continue to feed them. 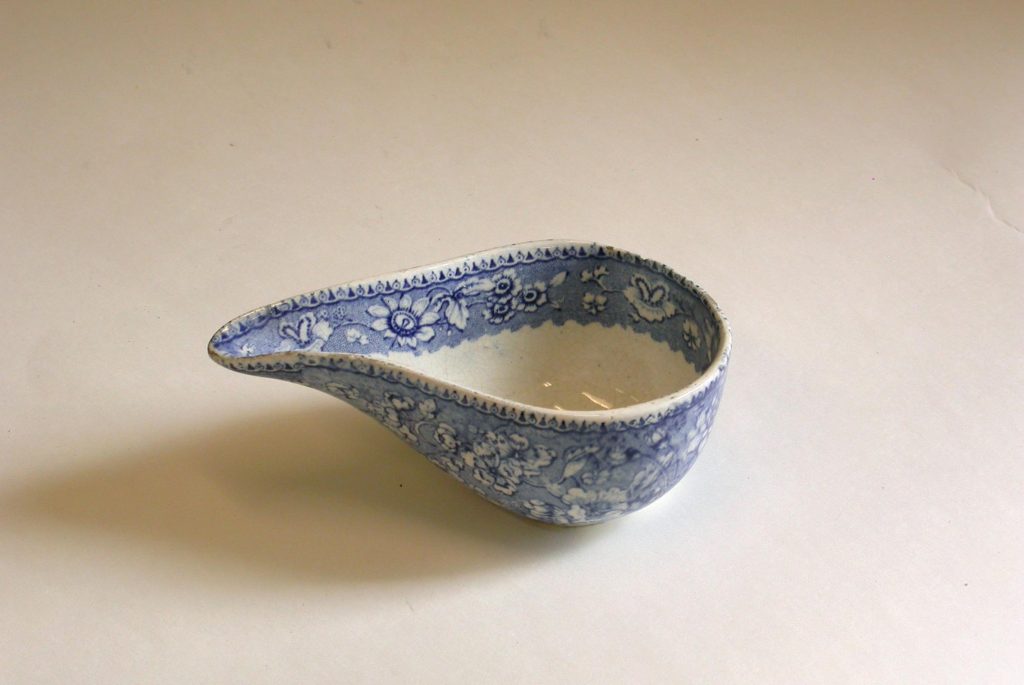 This utensil was used to help the child to transition between eating food with fingers and using tableware. The food pusher was used to push food together so that it could be more easily picked up by a fork or spoon. 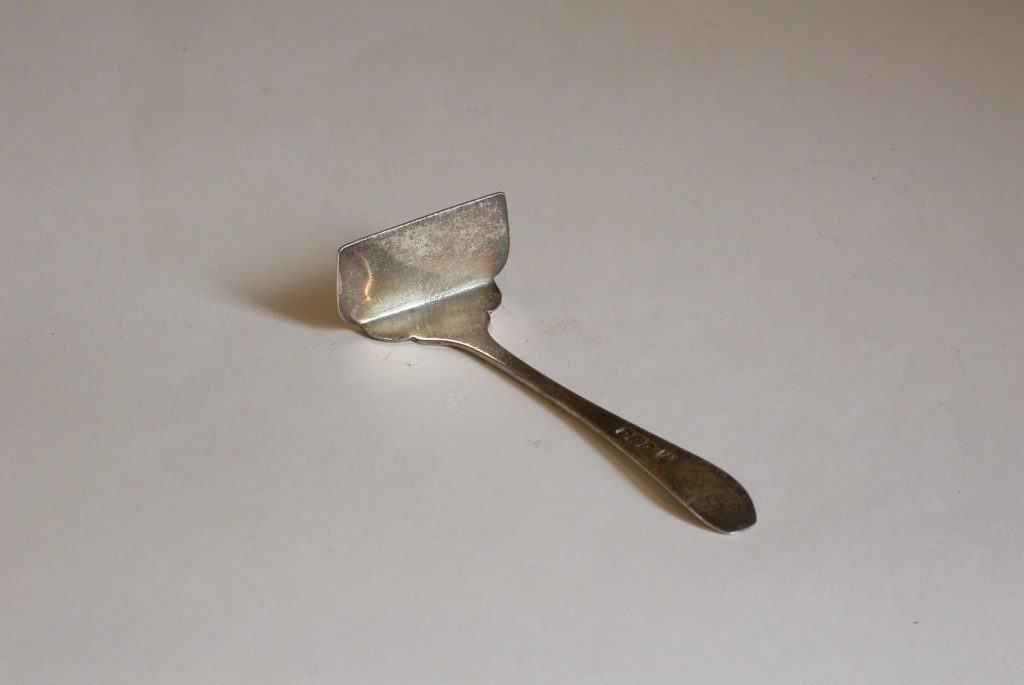 Did these items grab your attention? We have more on our collection! Access and check out the other infant feeder items in our History of Nursing in Pacific Canada Collection!