Jherome of Bruyinswike (also known as Jerome of Brunswick or Hieronymus Bruncschwig or Jerome von Braunschweig), was born around 1450 in Strasburg, Germany. He was a surgeon, alchemist, and botanist, responsible for the publication of the first illustrated book on surgery in English.

Brunswick was an apprentice to a master surgeon and had success in his career. He was encouraged by a friend to write a manual on surgery in German, so people who were unable to read Latin could have access to the information.

Das Buch der Cirurgia was Brunswick’s first book, written for surgeons living in rural villages and castles who had to rely only on their own experiences and resources to perform surgeries. The book served as a guide to practitioners and apprentices to perform general surgery. 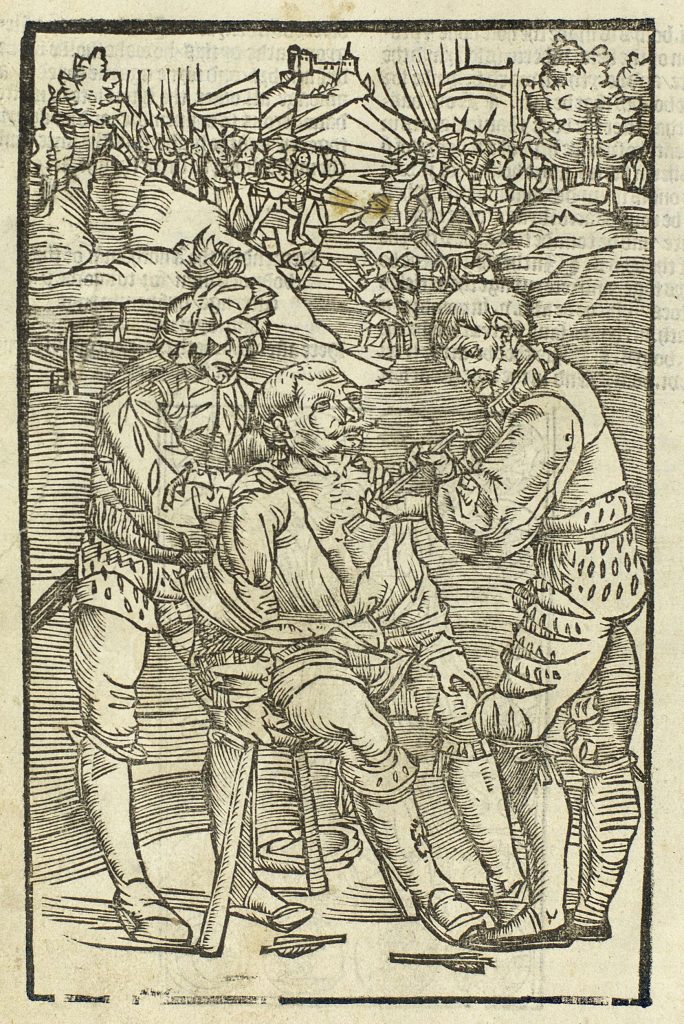 The healing of small wounds

The Noble Experyence of the Vertuous Handy warke of Surgeri (1525)

This book, which can be accessed through Open Collections, has three sections:  Anatomy of the body, Surgery, and Antidotharium. While in the first section, Brunswick gives us a glimpse into the level of anatomical knowledge present in this era, the second and third sections deal with more practical matters, including instructions on how to deal with wounds, fractures, and dislocations, as well as methods for creating plasters and ointments. 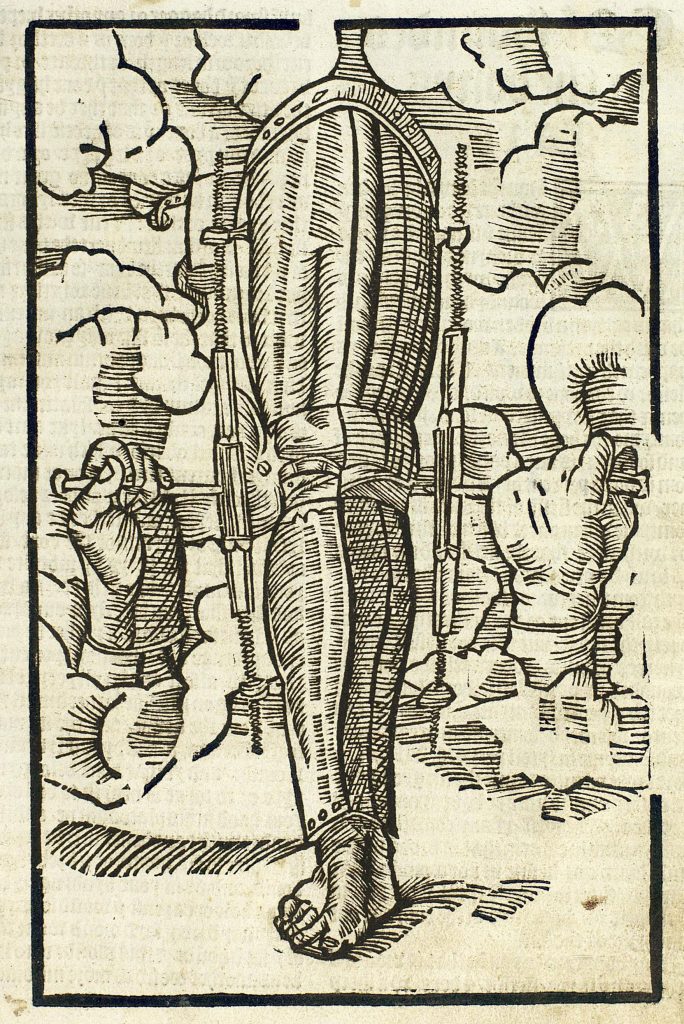 An instrument to make a crooked leg right

An instrument to make a crooked arm right 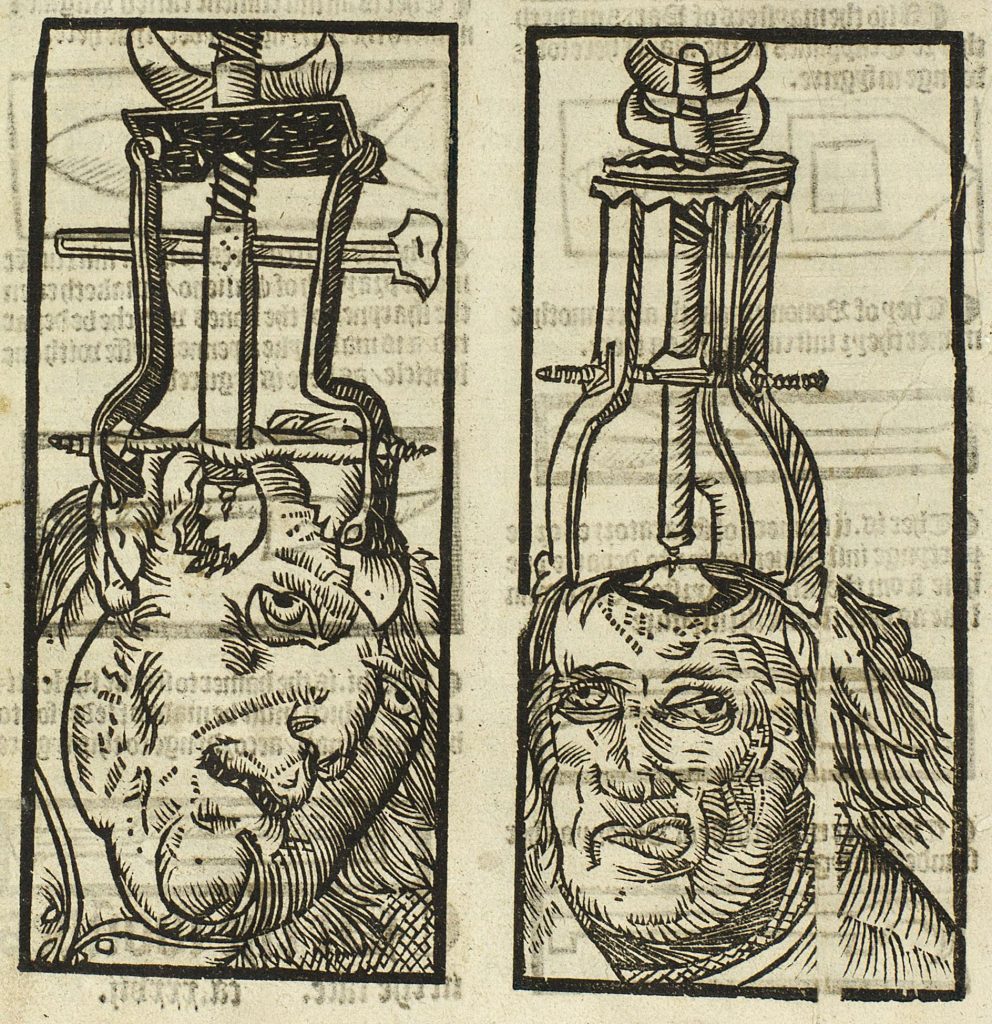 Brunswick wrote the book based on his own experiences, and explained not only how to perform surgeries, but also how to behave as a professional. He suggested that surgeons should accept money for an ailment they deemed incurable: “You shall for no gold nor silver take in hand that thing that you think is incurable or not likely to be cured, for saving of your good name.”

Similarly, he encourages his readers to resist praising themselves or blaming others, and that, in considering patient care, they should “comfort your patient howsoever it be with him. You shall show the truth and give them perfect knowledge of his disease.”

Curiosity: Knowledge of that time

Brunswick was known as a war surgeon, as he used to heal people from gunshots wounds. The treatment for gunshot wounds that Brunswick recommends in his book was common knowledge at the time but was thankfully debunked in the centuries that followed. For example, gunshot wounds were considered to be poisoned wounds, and so surgeons would first try to neutralize the effects of the poison. General practice was to cauterize the wound by injecting boiling oli, and specialized instruments were often used to dilate and enlarge the wounds to facilitate the injection of the oil. 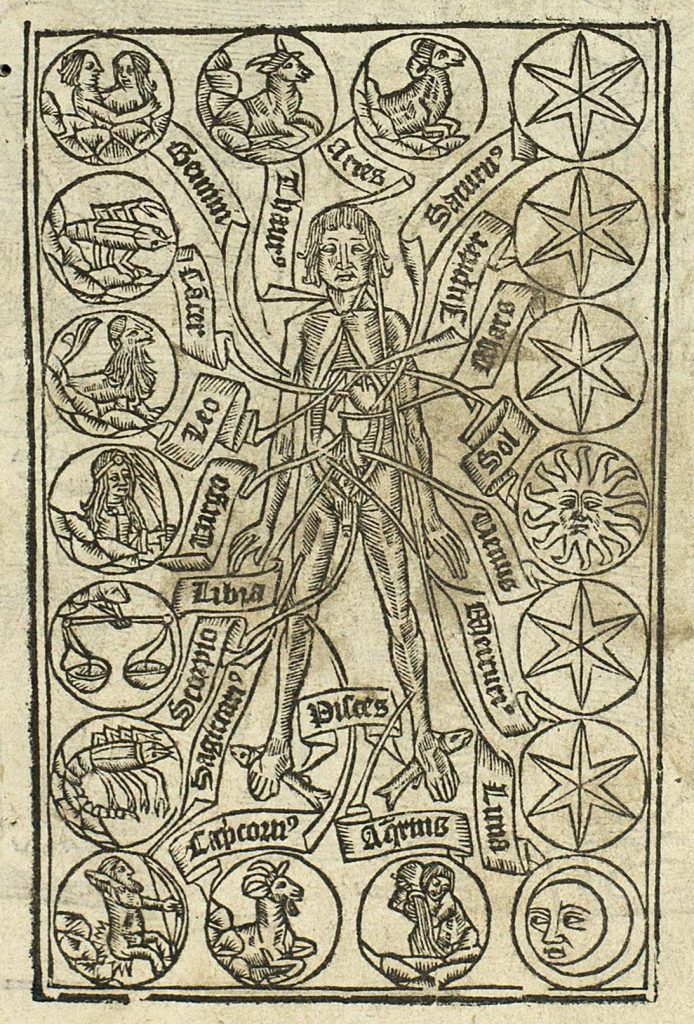 Human anatomy and its planetary alignments

Interested in learning more? If so, check out the The Noble Experyence of the Vertuous Handy warke of Surgeri (1525) in our Western Manuscripts and Early Printed Books Collection.

Hieronymus Brunschwig (c. 1450-1513): his life and contributions to surgery (Classics in Pediatric Neurosurgery)

The thought and culture of the English Renaissance: an anthology of Tudor Prose 1481-1555 (Elizabeth M. Nugent)