UBC’s Rare Books and Special Collections houses a number of rare materials relating to the logging and forestry industry in Vancouver and its surrounding regions. One such collection is that of the Capilano Timber Company, which operated on the North Shore for a fifteen-year period between 1915 and 1930. 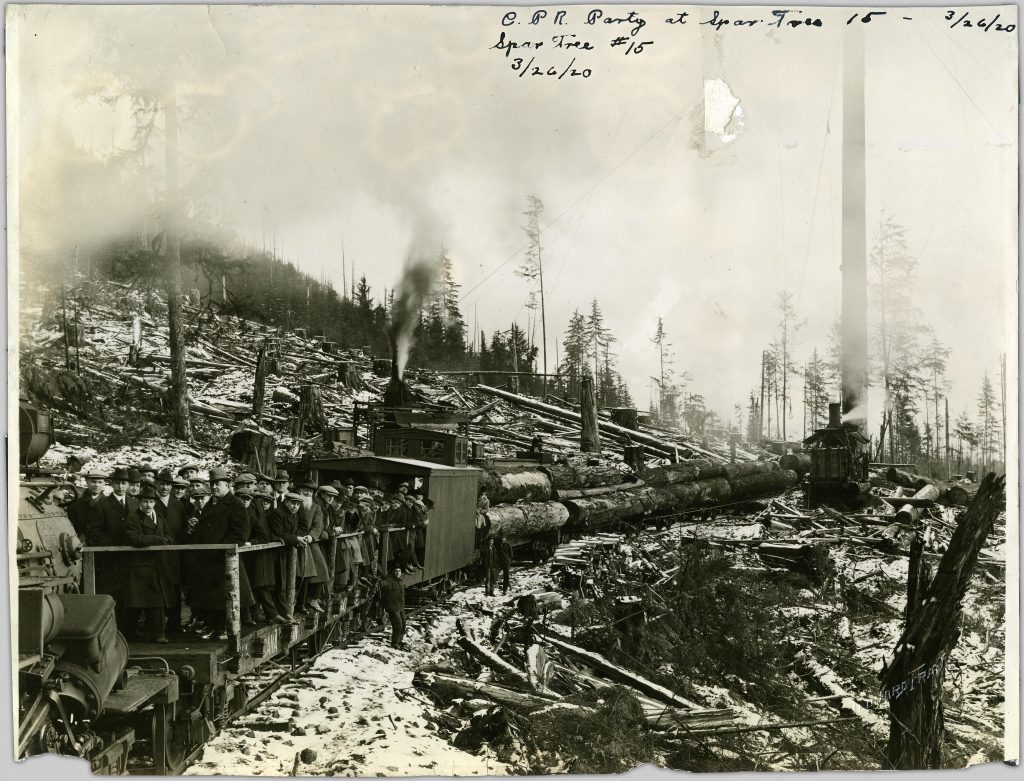 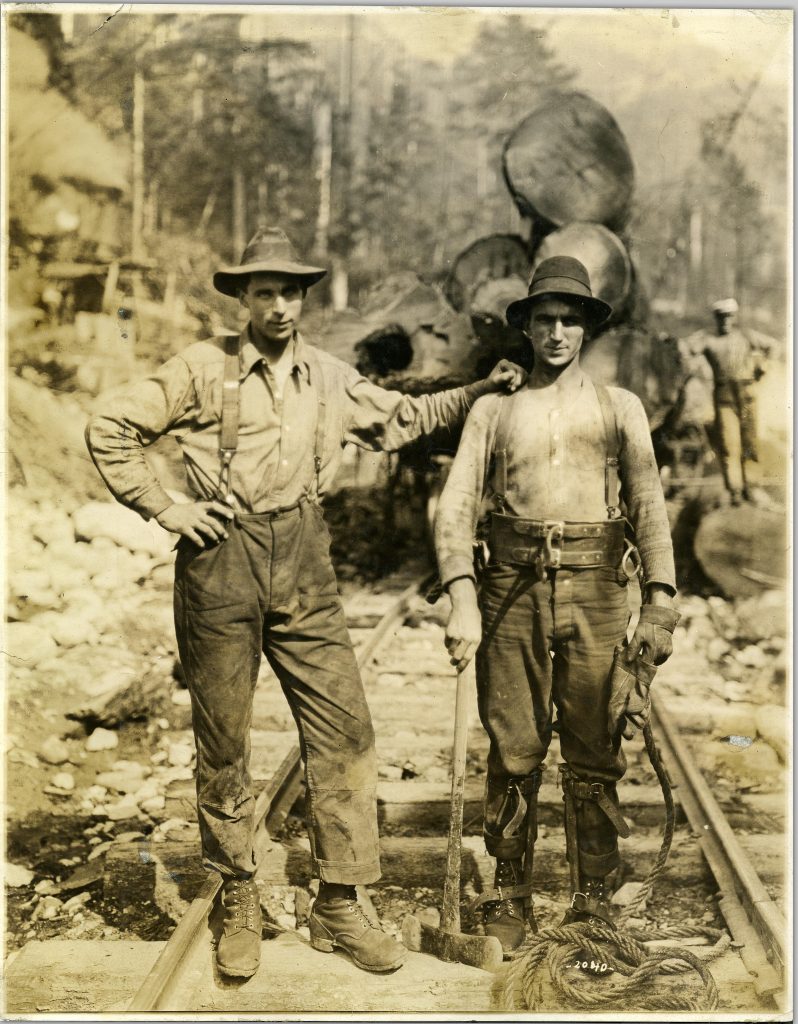 View of high rigger with axe standing beside another employee, 1920

In 1917, the American owned company began to aggressively log the watershed – the demand for high-quality lumber to construct aeroplanes during World War I meant the company received a high return on their investment. Given the steep terrain and narrow valleys on the North Shore, Capilano Timber Co. was forced to build a logging railway in order to get the timber to tidewater. By February 1919, 12.8km of track led in to the Capilano valley. Timber bridges were also necessary to move people and materials along the valley – the most impressive being the Houlgate trestle, which reached a height of 27 metres and spanned a length of 120 metres. 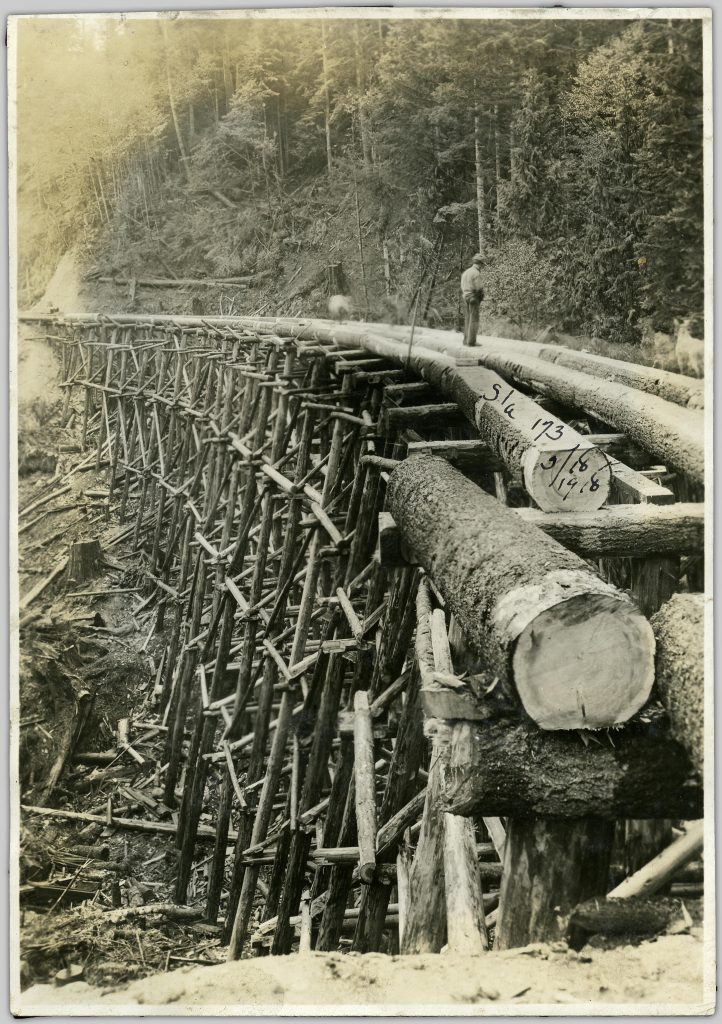 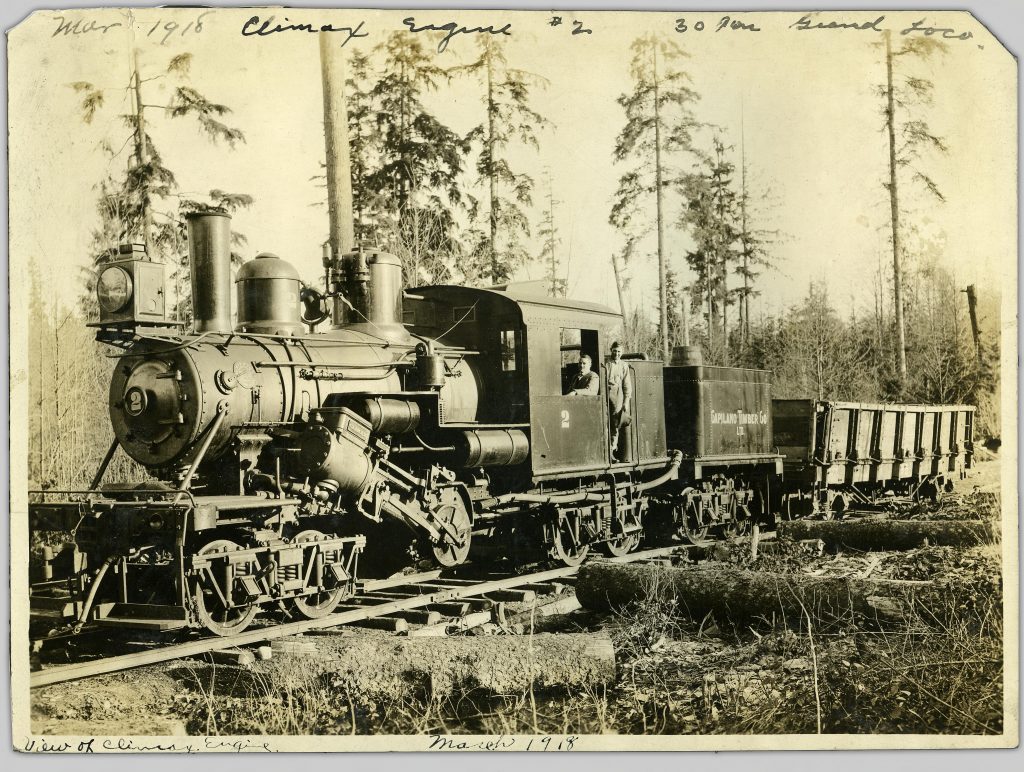 At its peak, the Capilano Timber Co. employed 250 men cutting over 150,000 feet per day. Their living quarters were considered “civilization in the bush”: they had indoor taps running hot water, showers, and dining cars that served bacon, eggs and hotcakes for breakfast, and steaks, stews and pies for dinner. The company even invested in constructing houses for married couples, in order to attract a stable permanent workforce – although it’s not clear how successful this experiment was. 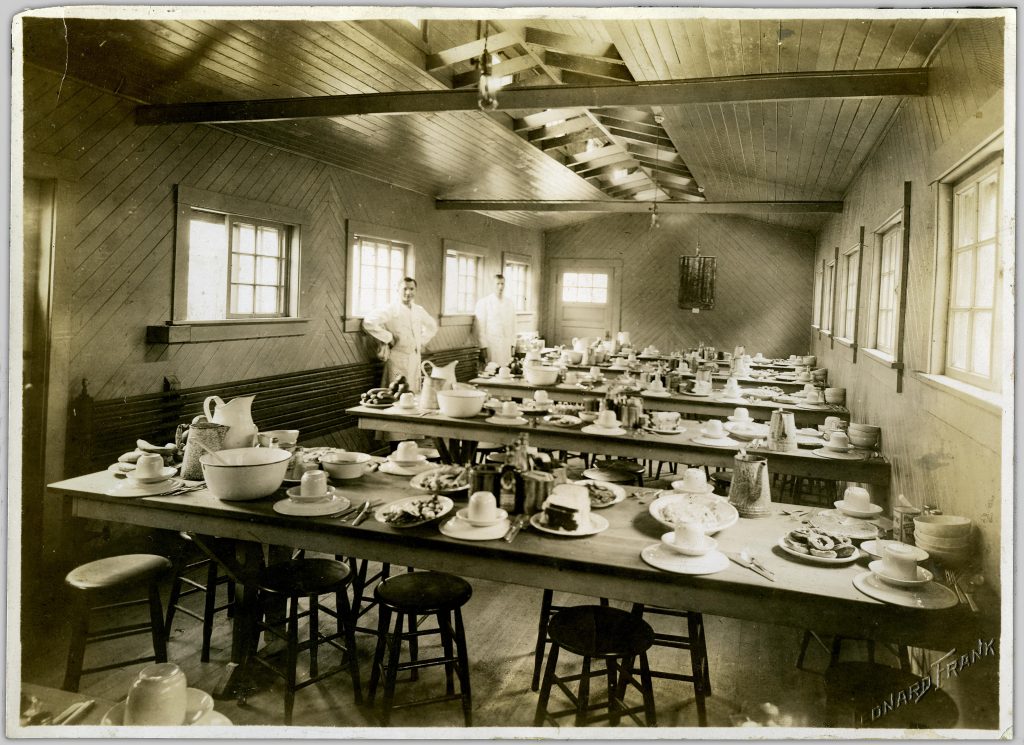 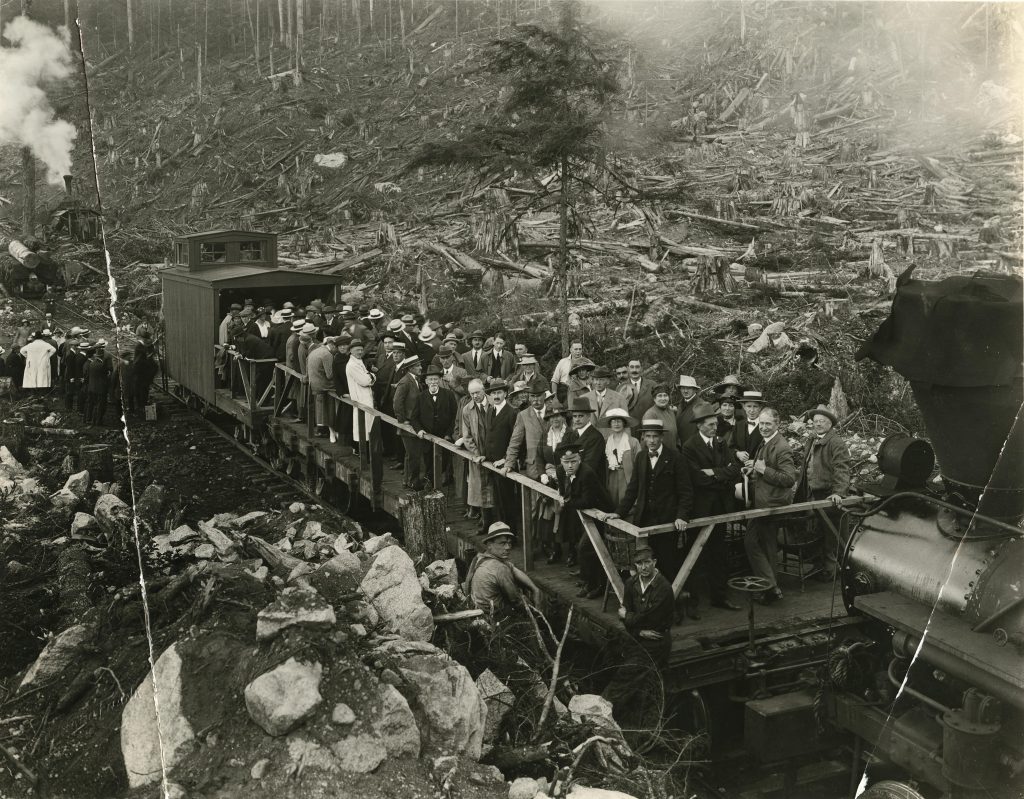 In 1925, the Capilano Timber Co. sold unmanufactured logs to local mills; however, by 1926 they had completed their own mill, and began to process thousands of feet of cedar, hemlock and fir. Just when operations were expanding rapidly and profits were at their peak, the 1929  economic depression hit and the Capilano mill was forced to close down. 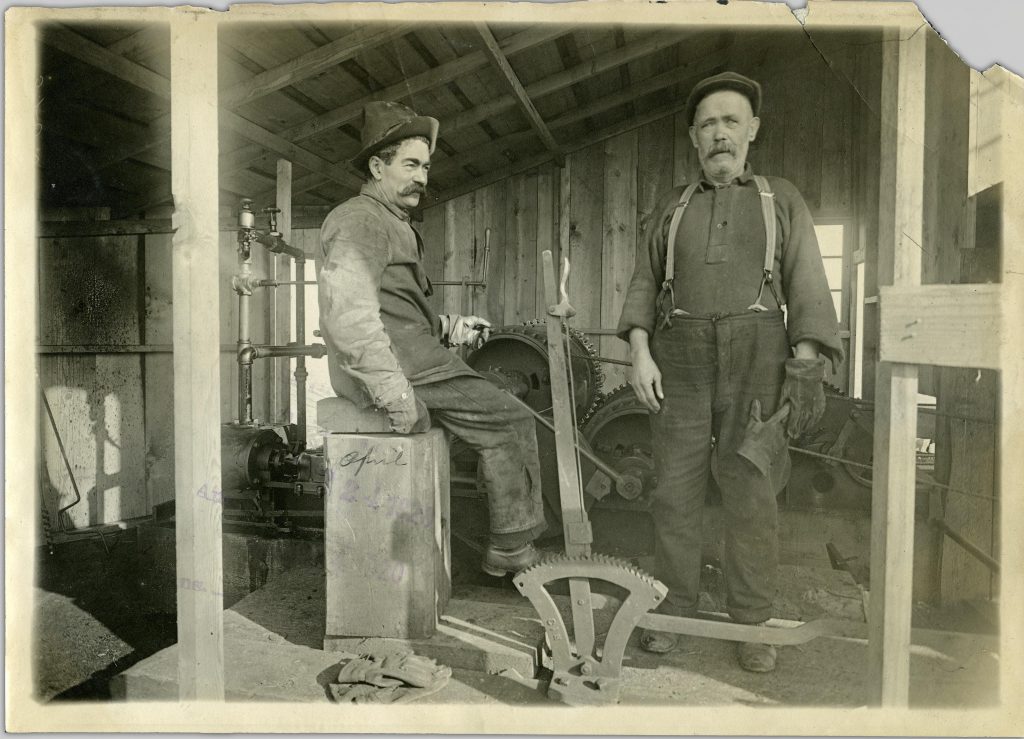 In its fifteen years of operation, the company harvested approximately 400,000,000 feet of timber, laid 80 kilometers of railway tracks, and spent $9,000,000 on wages and equipment. The company also left in its wake clear-cut and barren forests which were prone to washouts and forest fires for decades after the company’s operations ceased. In the intervening years many conservationists and local governments have attempted to rehabilitate the Capilano watershed region, and today it’s a source of much of Vancouver’s potable household water.  If you would like to learn more about the Capilano Timber Company, take a look at Anna Gabrielle Kahrer’s 1988 MA thesis paper titled Logging and landscape change on the north shore of Burrard Inlet, British Columbia, 1860’s to 1930’s in UBC’s scholarly repository, cIRcle. And be sure to check out the full collection of photographs in Open Collections! 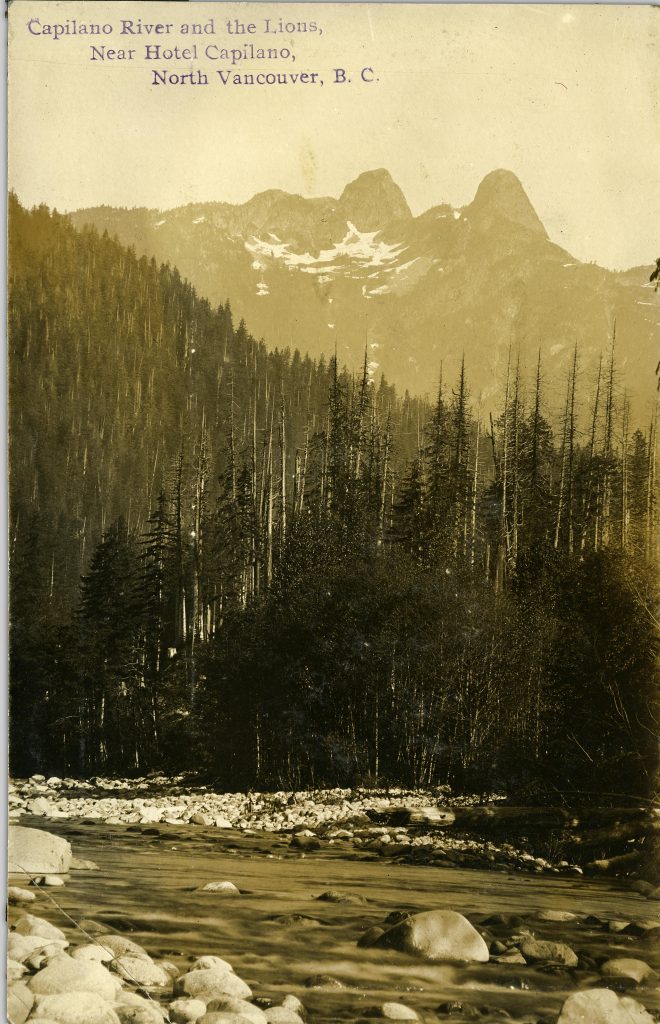