UBC’s Rare Books and Special Collections houses a selection of over 3,000 wartime images by the British Press. These photographs were approved by the British government during World War I and were distributed to overseas diplomats to be used in official projects. They depict the everyday drudgery, but also the humour and energy, of the soldiers and military personnel on the ground, as well as of those on the home front. It is an eclectic mix of images, and provides a multifaceted view of life during the Great War.

The University acquired these photographs in the 1930’s through the British Consulate in Seattle. Originals of these print copies, as well as thousands of other images, are available through Britain’s Imperial War Museum.

For a Canadian perspective on World War I, the Canadian War Museum has an online exhibition on Canada’s involvement and contribution to the First World War.

Click on any of the images below for more information. 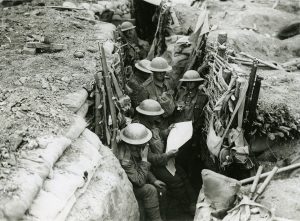 Reading the newspaper from the trenches 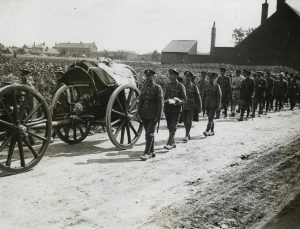 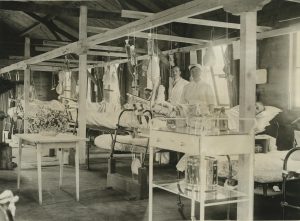 Ward at base hospital 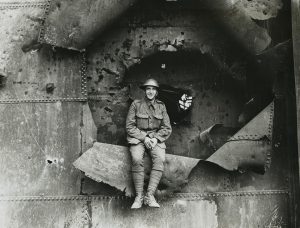 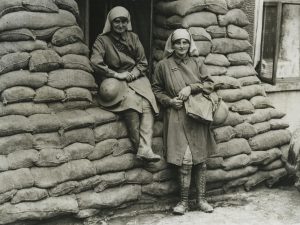 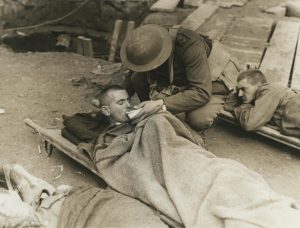 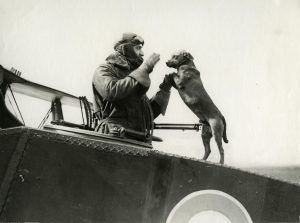 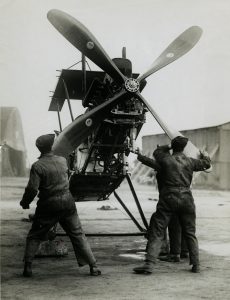 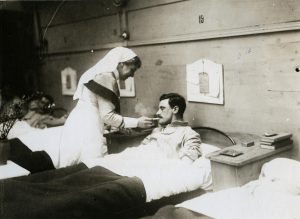 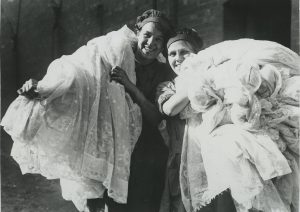 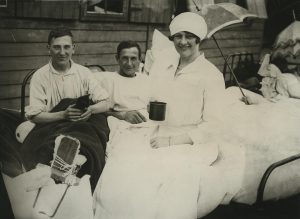 Wounded soldiers at a base hospital show their little mascot, a small black kitten 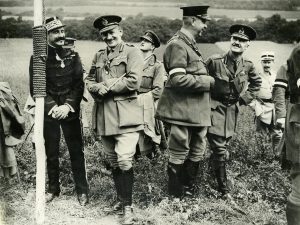