With the support of CUPE 2950 – Clerical, Library and Theatre Workers at the University of British Columbia and the British Columbia History Digitization Program, the Association of University and College Employees (AUCE) fonds is now accessible in the Open Collections.

In 1973, library and clerical workers on university and college campuses across British Columbia began organizing as a union in order to represent their collective interests. Workers at University of British Columbia (Local 1), Simon Fraser University (Local 2), Notre Dame University of Nelson (Local 3), Capilano College (Local 4), College of New Caledonia (Local 5), and the Teaching Support Staff at SFU (Local 6) organized over the next two years to collectively form the provincial wide and independent union, the Association of University and College Employees (AUCE).

The AUCE fonds consists of records related to AUCE’s provincial and local chapters activities, efforts, publications, and ephemera. Records span the Provincial and local unions’ initial accreditation in 1973, to the Provincial union disbanding in 1985, and then follow the Local 1 (UBC) chapter to its merger with CUPE in 1985 and forward into the late 2000’s.

When the union first formed, over 90% of its members were women, and one of their top concerns was equal pay for what was at the time considered “women’s work”. In 1974, AUCE Local 1 (now CUPE 2950, representing library, clerical and theatre workers at UBC) obtained the first fully funded maternity leave in Canada through their union contract. Over the next decade, they fought for wages to match the rising cost of living, transparent job classifications, childcare, and other employee benefits. They also demanded a discrimination free workplace for people of all genders, sexualities, races, and ethnicities. 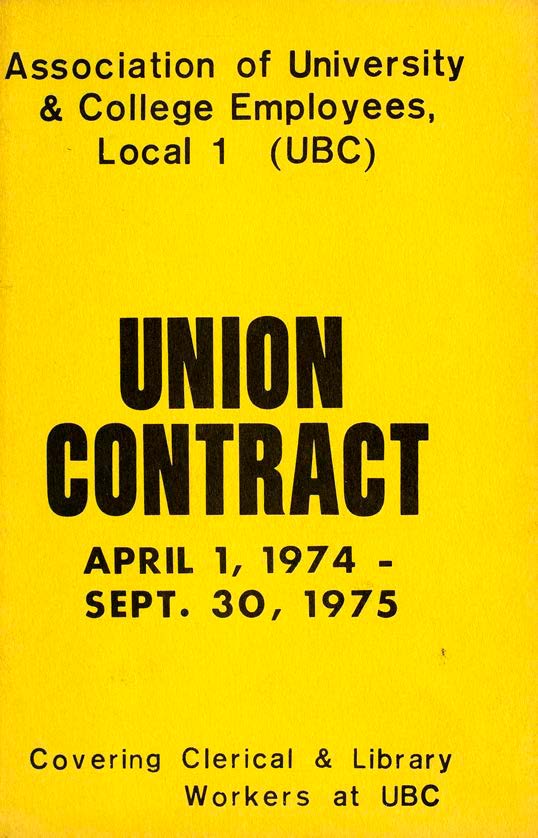 “Workers’ voices are often not reflected in academia. By investing in our local’s history, the voices of our founding members will be preserved and honoured. Our union was organized in the library and now it will live on in the library,” said CUPE 2950 President Karen Ranalletta. (Source: the Winter 2020 issue of CUPE National’s Counterpoint Magazine).

You can explore the collection through the following series:

​Executive: contains records relating to the executive functioning of the provincial union and Local 1 union chapters.

Advocacy and Bargaining: comprised of records relating to the unions’ efforts to advocate on behalf of their members and bargain as a collective unit.

Committees: contains records related to the Local 1 and AUCE committees.

AUCE Local Chapters: consists of records related to chapters 2 through 6 of the AUCE.

We have compiled some images from the collection. Please visit the AUCE fonds to explore more!

Below you will find a poster and a photocopied diagram of the strike structure from the file [News clippings and other materials 1992 strike] in the Publication and Ephemera series, which reflects the history of the 1992 strike at UBC. 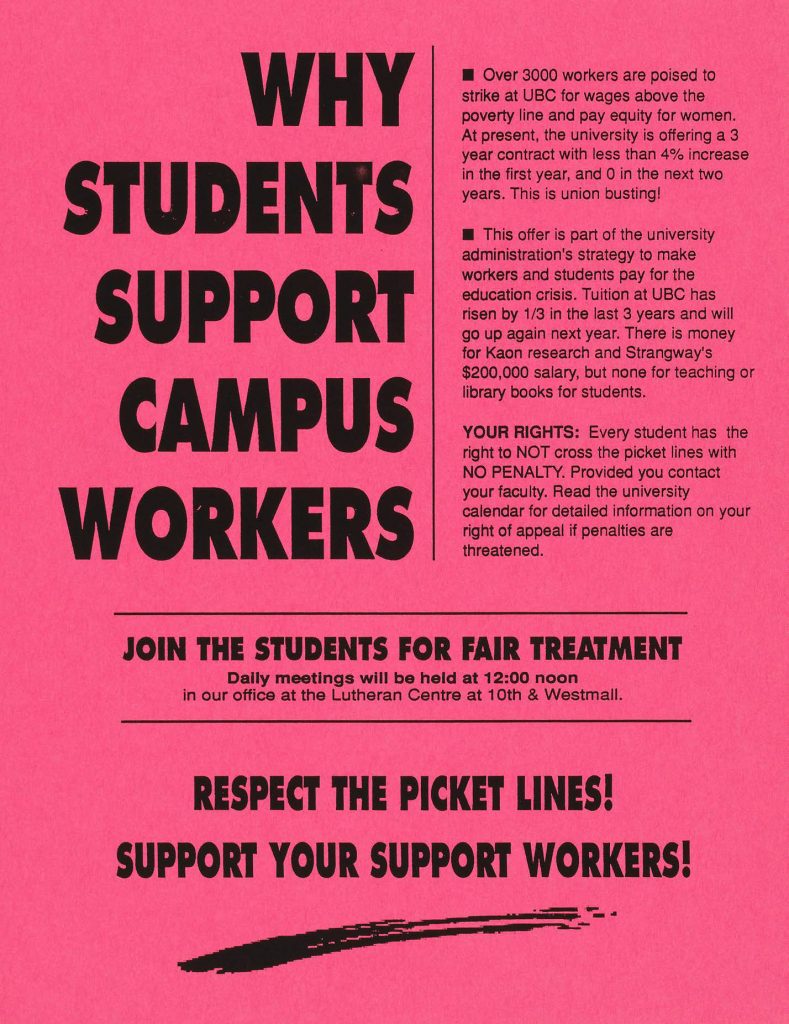 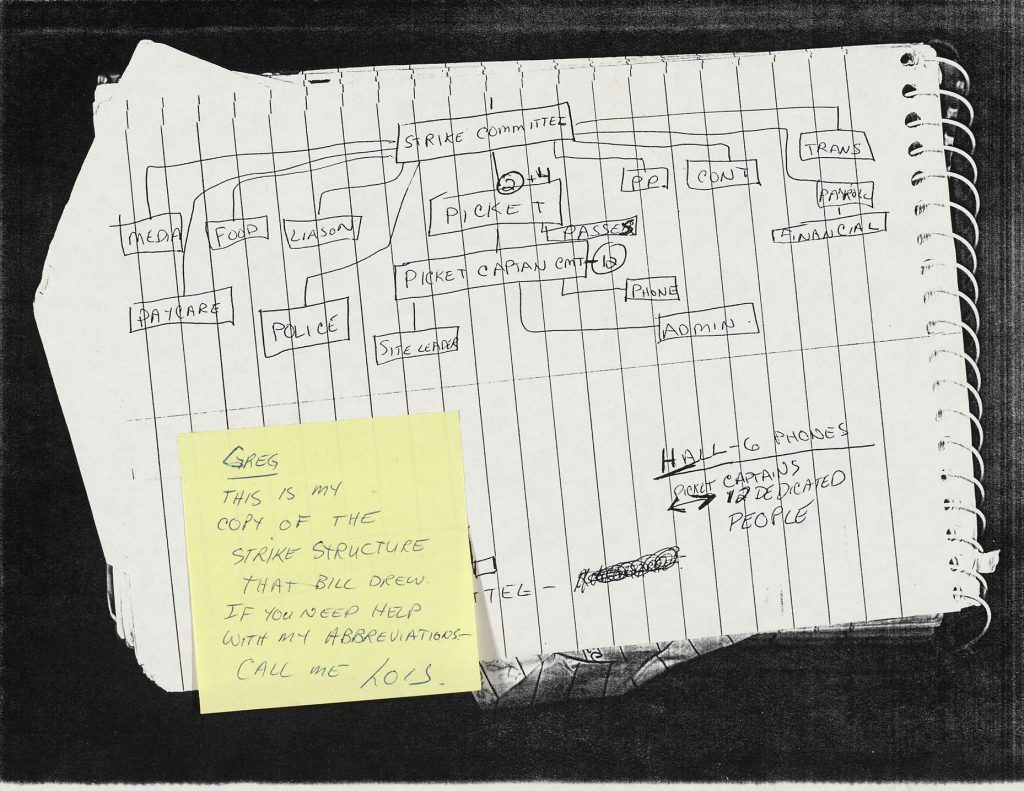 Here is the AUCE Local 1 newsletter “On Campus”, the April 1981 issue. 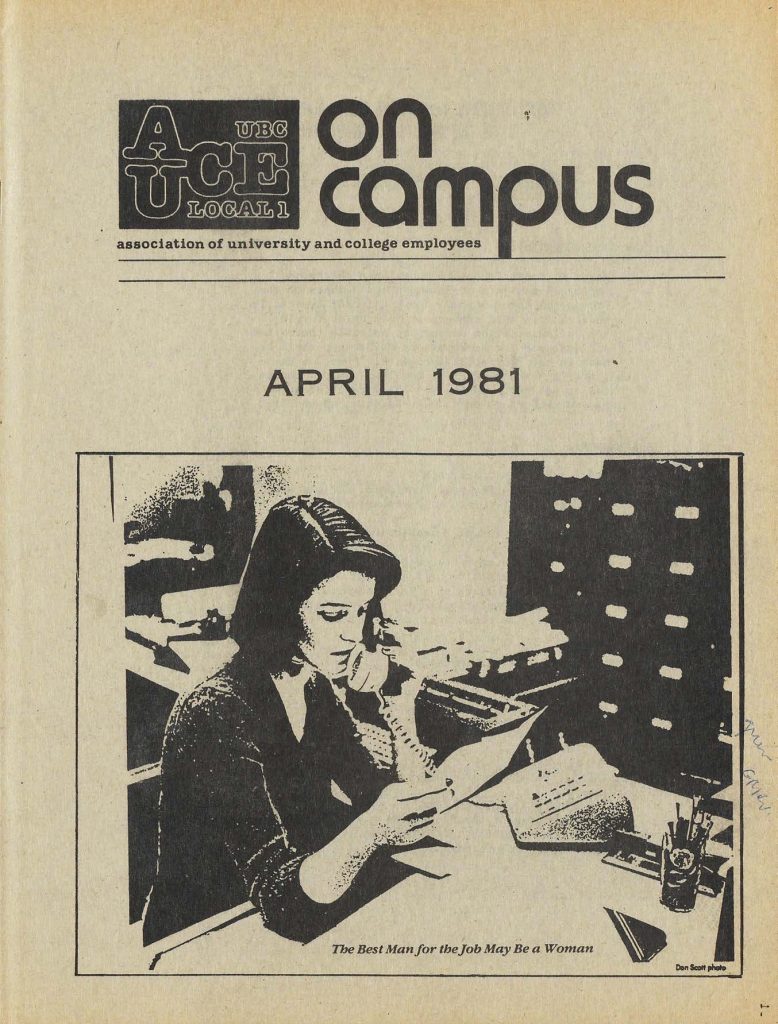 [Local 1 Newsletters and minutes of membership meetings], 1981, the 4th element

The following comic strip is from AUCE Local 1 newsletter “Across Campus”, the August 1975 issue. 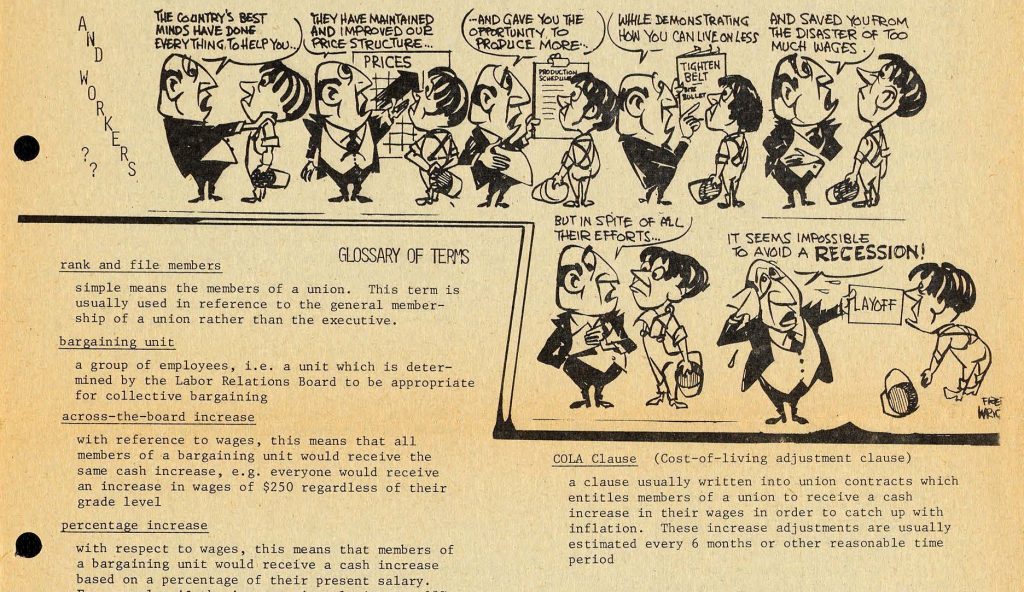 This one is from AUCE Local 1 newsletter “Across Campus”, the March 1980 issue. 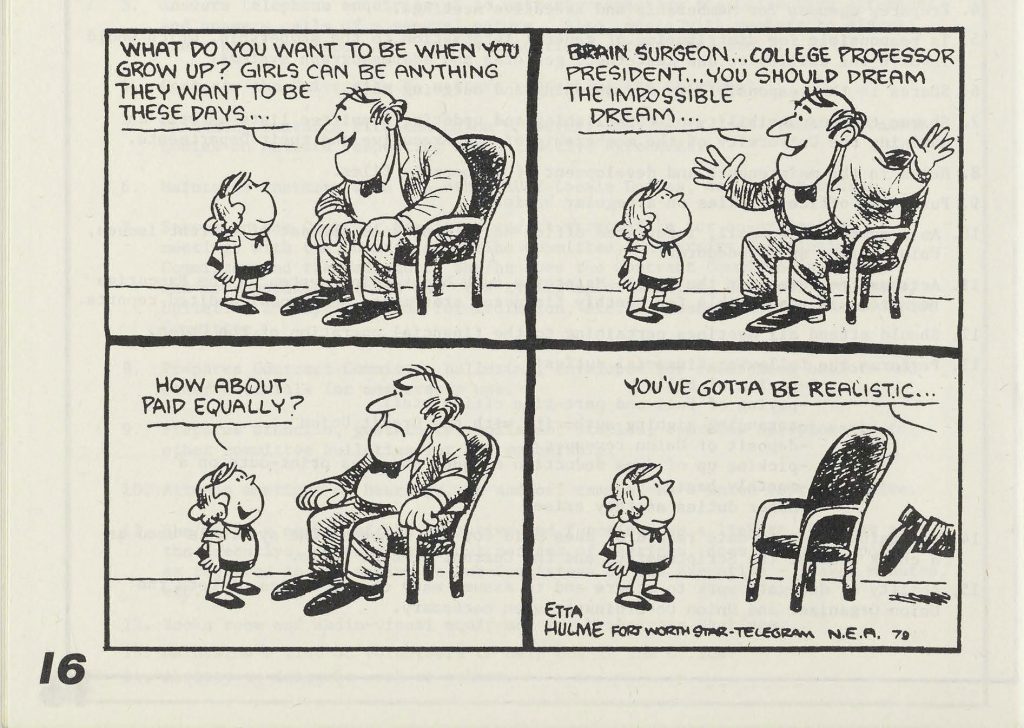 Due to copyright and privacy concerns, some items have been redacted and others have not been digitized. Please visit the RBSC finding aid to explore the fonds in full. To explore the history of the British Columbia labour movement, please check out the research guide Labour History and Archives.