UBC Publications, one of our featured collections, consists of scanned copies of newspapers and other periodicals published at the University of British Columbia. This digital collection contains 22 publications, for example,  the Alumni Association’s Alumni Chronicle, the student newspaper The Ubyssey, the University’s official news publication UBC Reports, and the UBC Science Undergraduate Association’s The 432.

In this blog post, we will explore one of the UBC periodicals: UBC Theatre Programmes. This historical resource provides information about the history of theatre at UBC, lists of productions for which we have copies of programs and/or photographs, as well as associated historical resources in different decades. We pair the theatre periodicals with the performance/casting photos from the UBC Archives Photograph Collection.

Program in the 1920s: Sweet Lavender

The UBC Players’ Club produced “Sweet Lavender”, a comedy in three acts by Arthur W. Pinero, in 1921. It was first presented at Terry’s Theatre, London, in 1888. 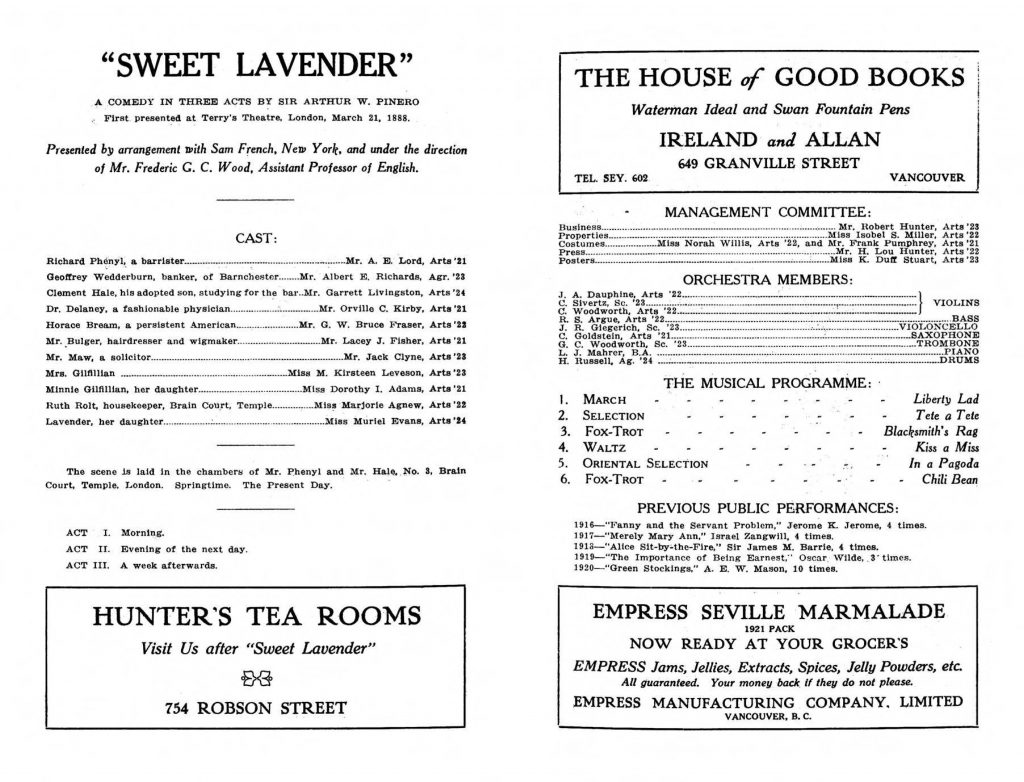 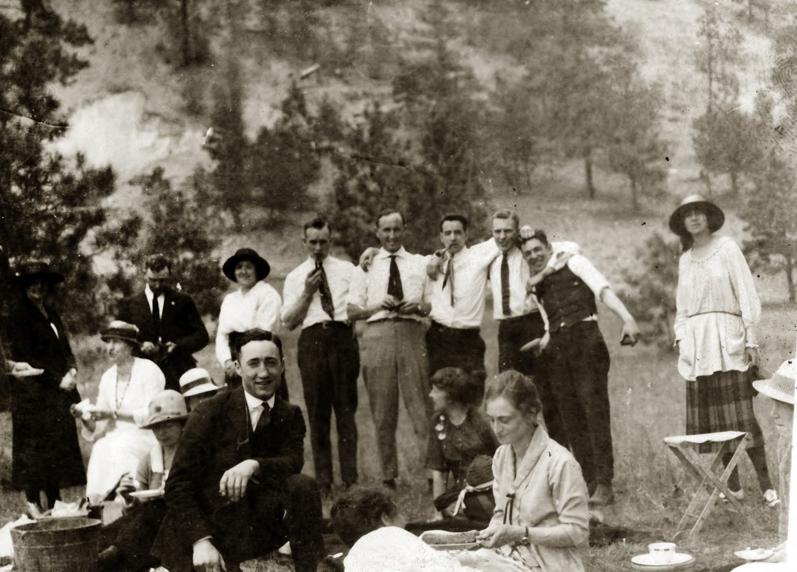 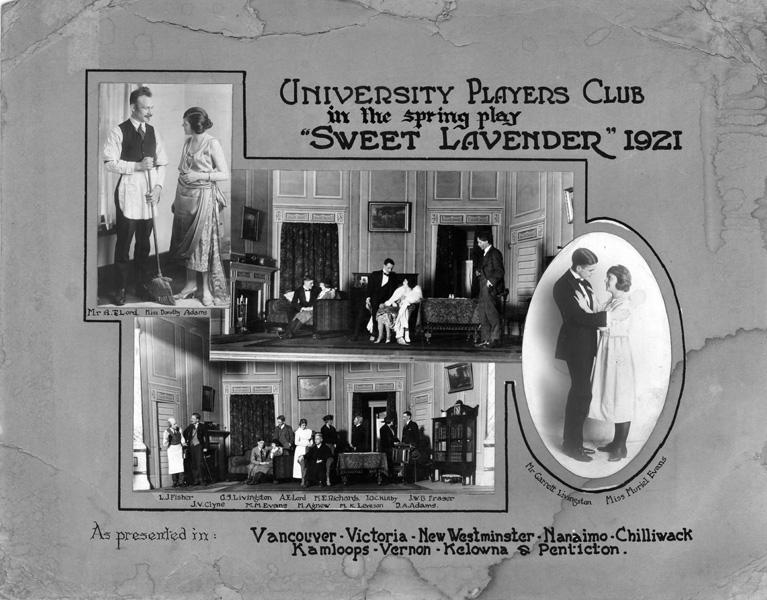 Program in the 1950s: Major Barbara

The UBC Players’ Club produced “Major Barbara”, a three-act play by G. B. Shaw, in 1954. The program shows that both the 3rd and 6th Presidents of the University of British Columbia, President Norman MacKenzie and President Walter Gage, were patrons of this performance. 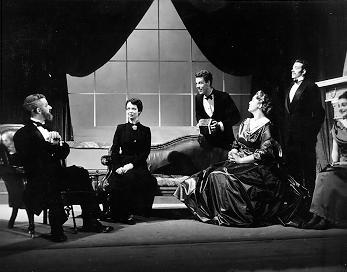 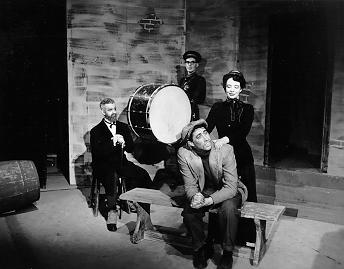 Since the late 1970s, the design of the theatre periodicals has slightly changed. They become more informative and engaging. These periodicals include not only the names of the production teams but also the reviews, biographies, advertisements, illustrations, and photos related to the productions.

Program in the 1970s: All’s Well That Ends Well 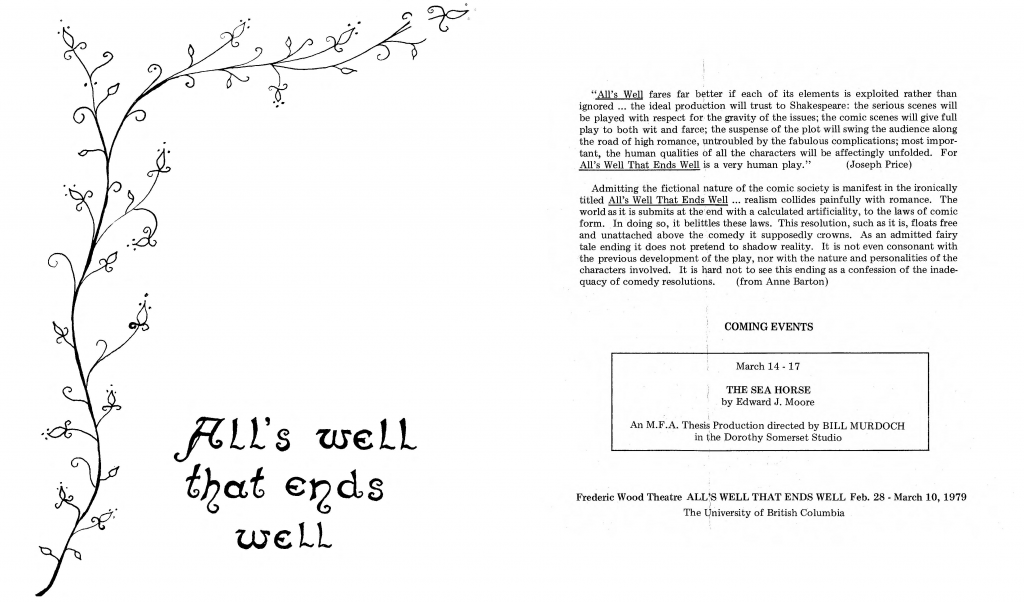 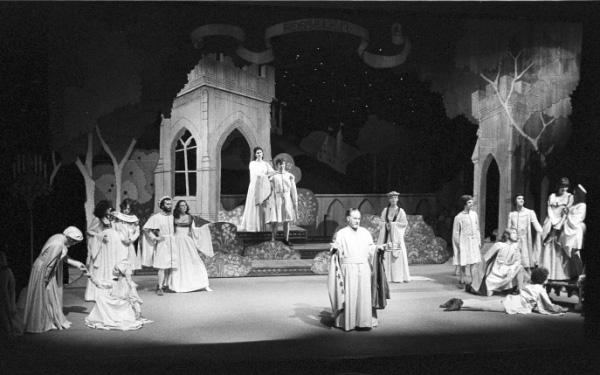 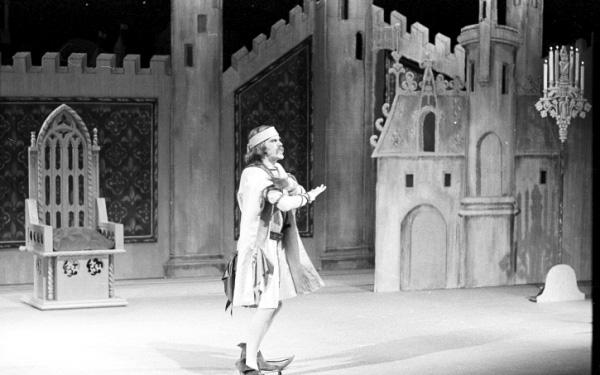 The Frederic Wood Theatre produced Billy The Kid in 1987. Billy The Kid was a notorious figure in the 19th century who killed several men before he was shot in his early twenties. The periodical shows that the costume designer created Billy’s costumes based on the time period and Billy’s character. 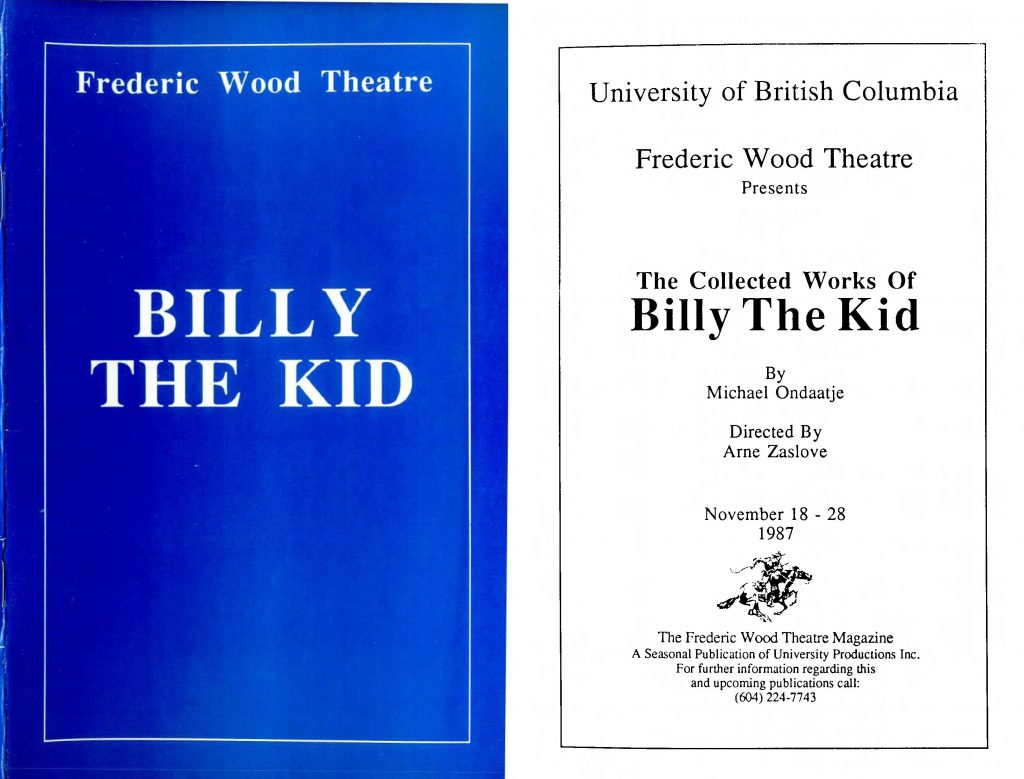 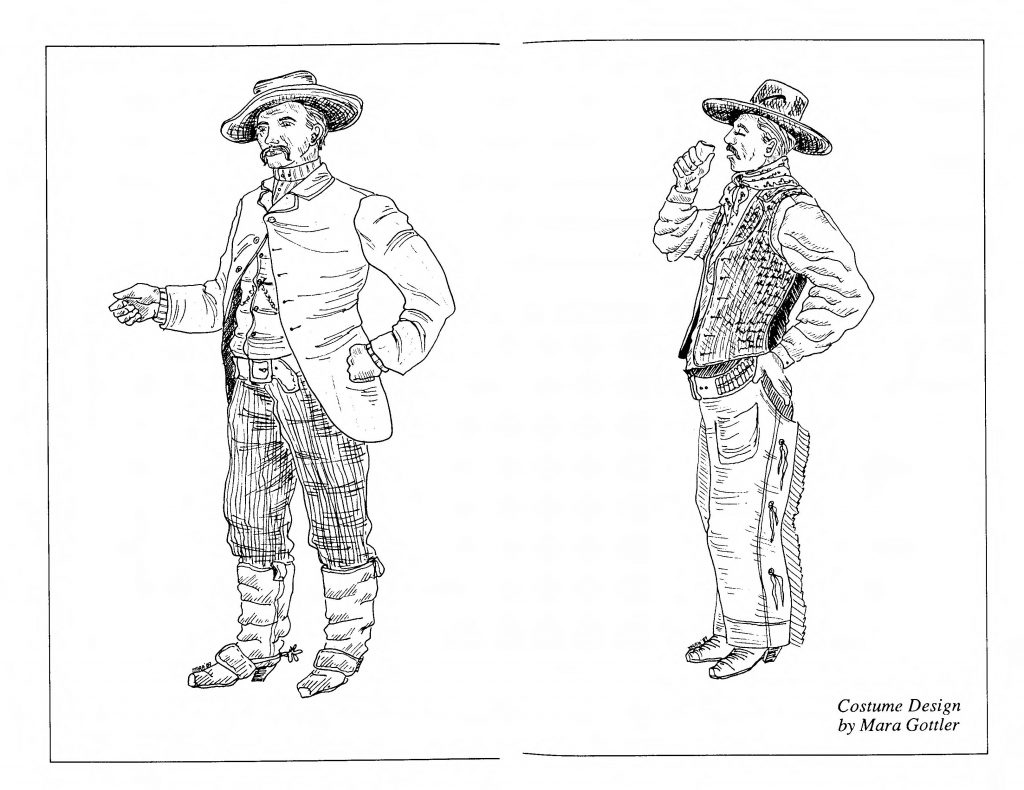 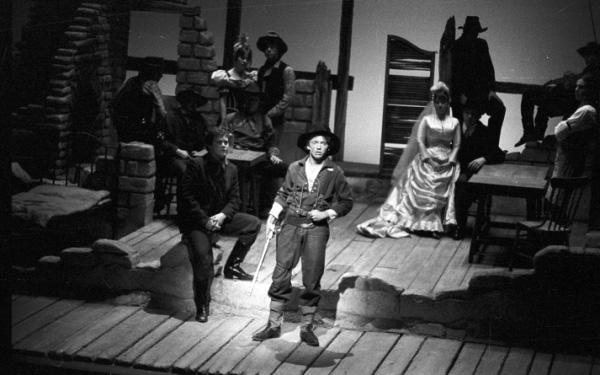 You can also find from this theatre periodical that there is a song titled “Halleluyah: Billy’s in Heaven” written for Billy The Kid. 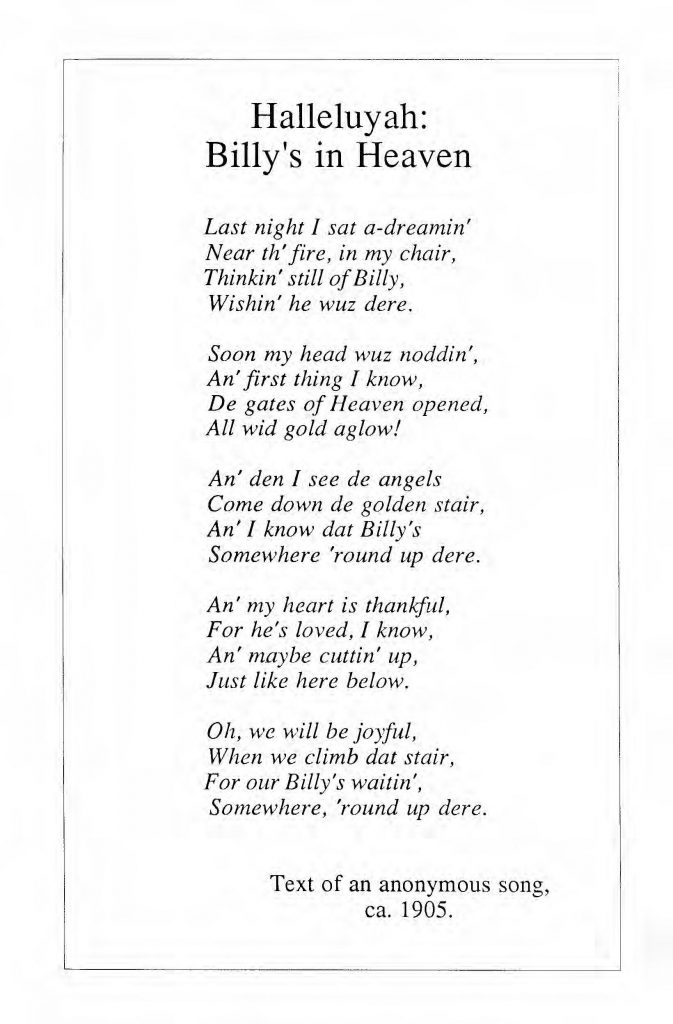 View of Frederic Wood’s production of “The Collected Works of Billy the Kid, 1978-01-01

We hope these highlights have piqued your interest in the UBC Theatre Programmes and you have found your favourite theatre program from our collection.