Roughly 11 years ago, we worked in collaboration with UBC Library Rare Books and Special Collections (RBSC) to build our first digital collection – German Consulate Fonds. Although we are uncertain of the chain of custody which resulted in the acquisition of these German Consulates records, existing documentation shows that the UBC University Librarian William Kaye Lamb acquired the records. We thus digitized the records before deaccessioning and returning them to the Vancouver German Consulate in 2011.

This featured project consists of 98 items which include correspondence, reports, and memoranda (1935-1939) of the Consul General, and Montreal office papers dating from 1919 and a few original documents from the Vancouver Consulate (1909-1911). There are copies of correspondence from the German Consulates in Ottawa, St. John’s, Newfoundland, Toronto, Winnipeg, and Vancouver. Let’s explore the following categories of the Fonds and understand the trade relations between Canada and other countries: 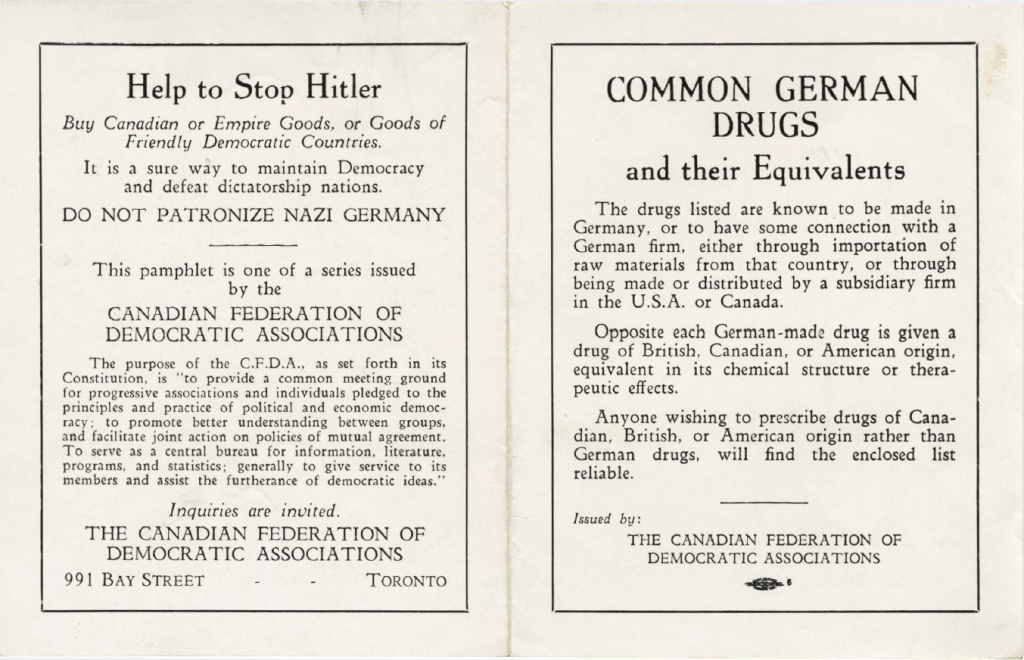 Apart from German drugs like Evipal tab, German papers including cigarette and condenser papers were not welcomed. The Fennia Imports Reg’d stated in this 1939 correspondence that “it is absolutely impossible for us to approach these buyers with German goods.” 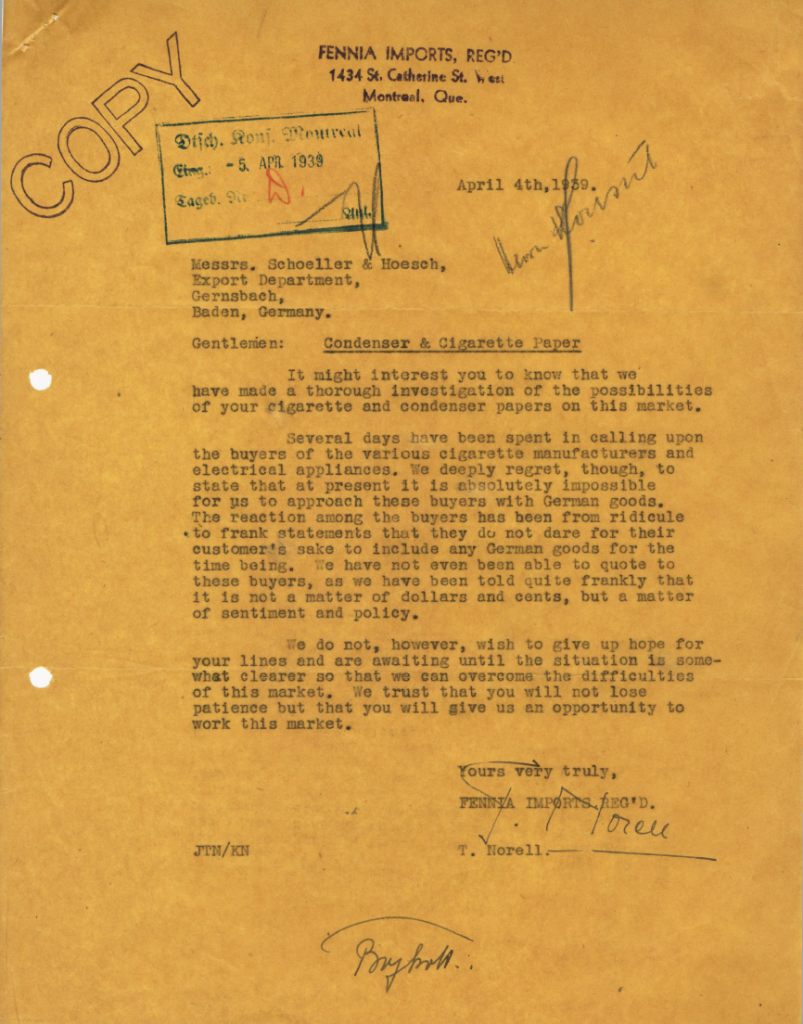 Similar to Fennia Imports Reg’d, Franke, Levasseur & Co. Limited indicated in this correspondence that Canadian buyers were not interested in glasses made in Germany. 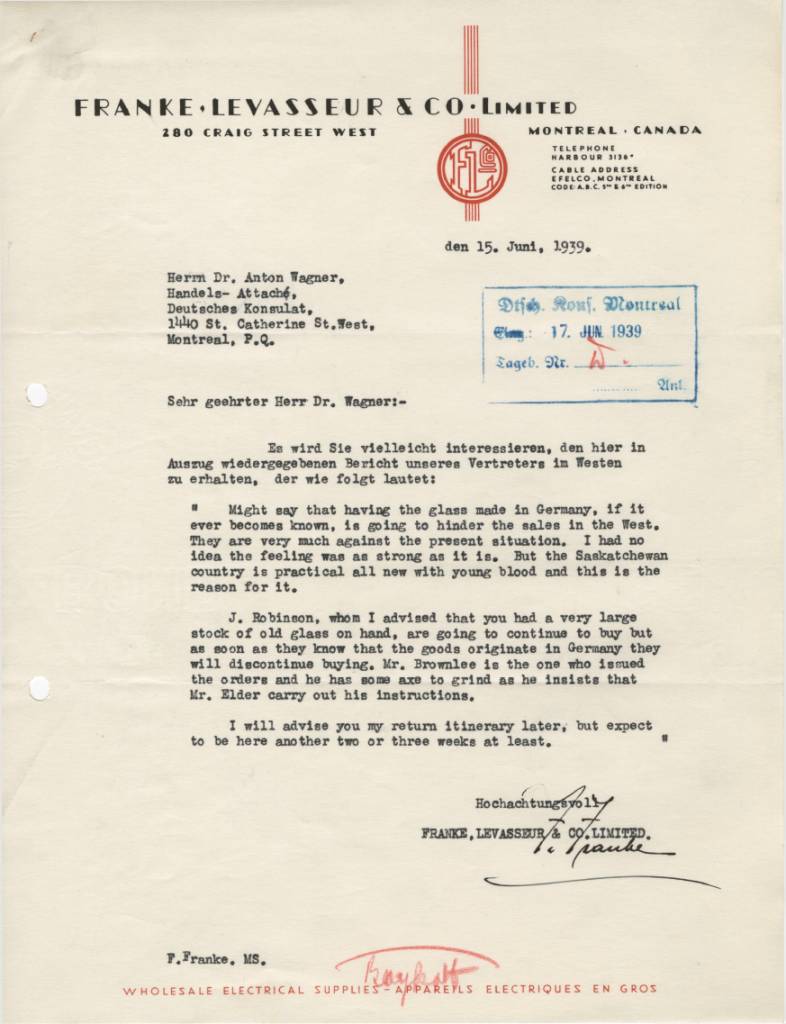 Personal files consist of correspondence mainly concerning the claims of German firms for unpaid accounts. This letter from ACME Carbon & Ribbon Co. Ltd. informed the German Consulate that a draft for RM 674.23 was sent to Messrs. Metzkes & Nourney in 1938. 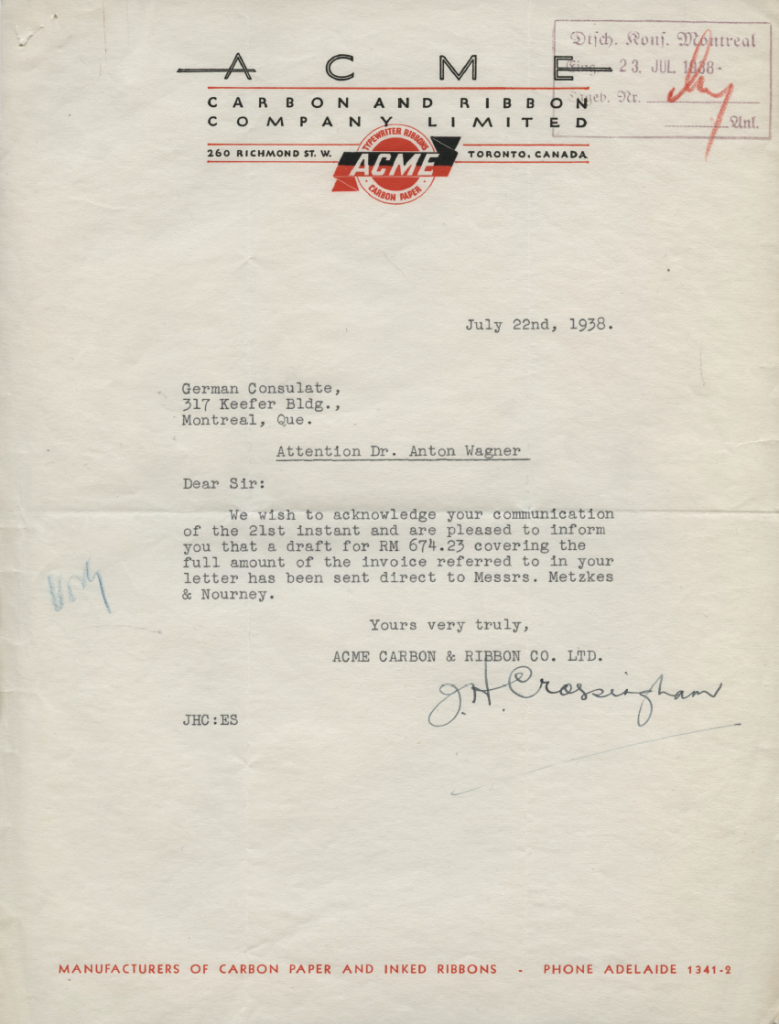 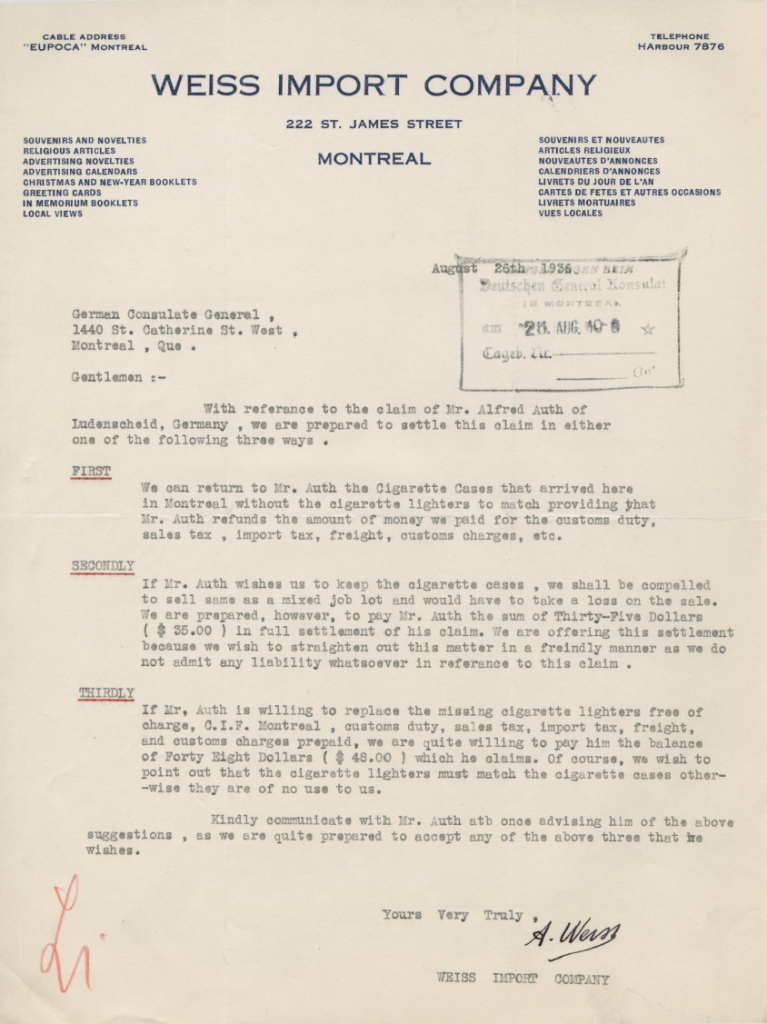 Collaborating with the UBC Rare Books and Special Collections for this digitization project exemplifies that partnerships make our work possible by providing access to rare and unique materials worth preserving. If you are interested in working with us on a project, visit our Work With Us page.