Buses, SkyTrain, SeaBus, and the West Coast Express are the main transit options in the Greater Vancouver area today. However, Open Collections has many images of the railroads and streetcars that used to line our streets. From 1897 until 1958, the British Columbia Electric Railway (BCER) operated streetcars and interurbans, which were the major transportation options for people at that time. 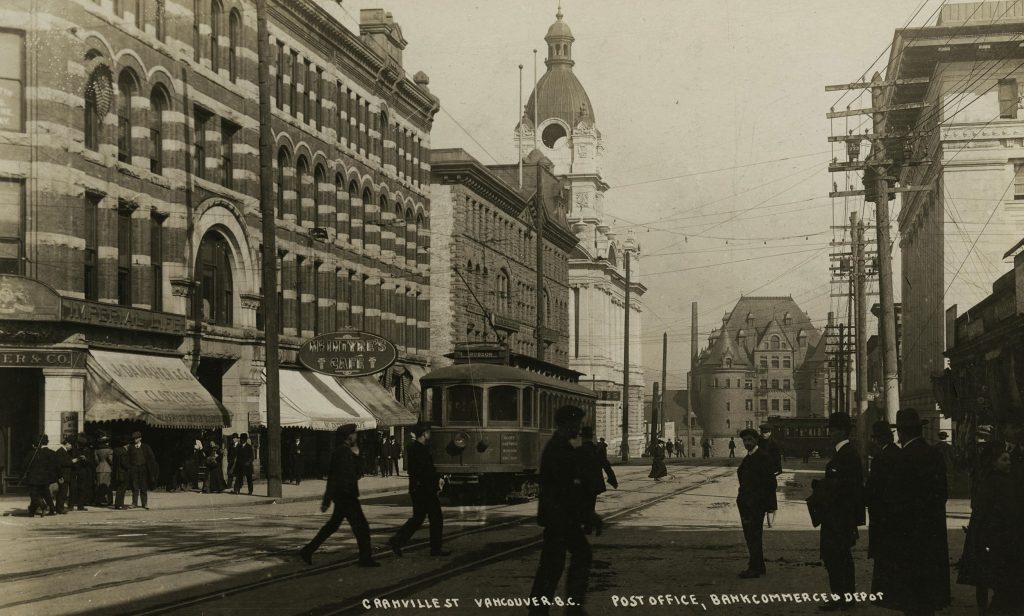 Brief History of Streetcars and Interurbans in BC

The first streetcar services in BC began in Victoria, operated by the National Electric Tramway and Lighting Company Ltd., in February 1890. Four months later, the first regular streetcar service was started in Vancouver by Vancouver Electric Railway and Light Company Ltd. By October 1891, the service area was expanded to New Westminster by the Westminster and Vancouver Tramway Company. The company also launched Canada’s longest interurban line between Vancouver and New Westminster. Eventually, the three companies merged as the British Columbia Electric Railway Company Limited (BCER) on April 3, 1897, and started to manage all of the transportation services. 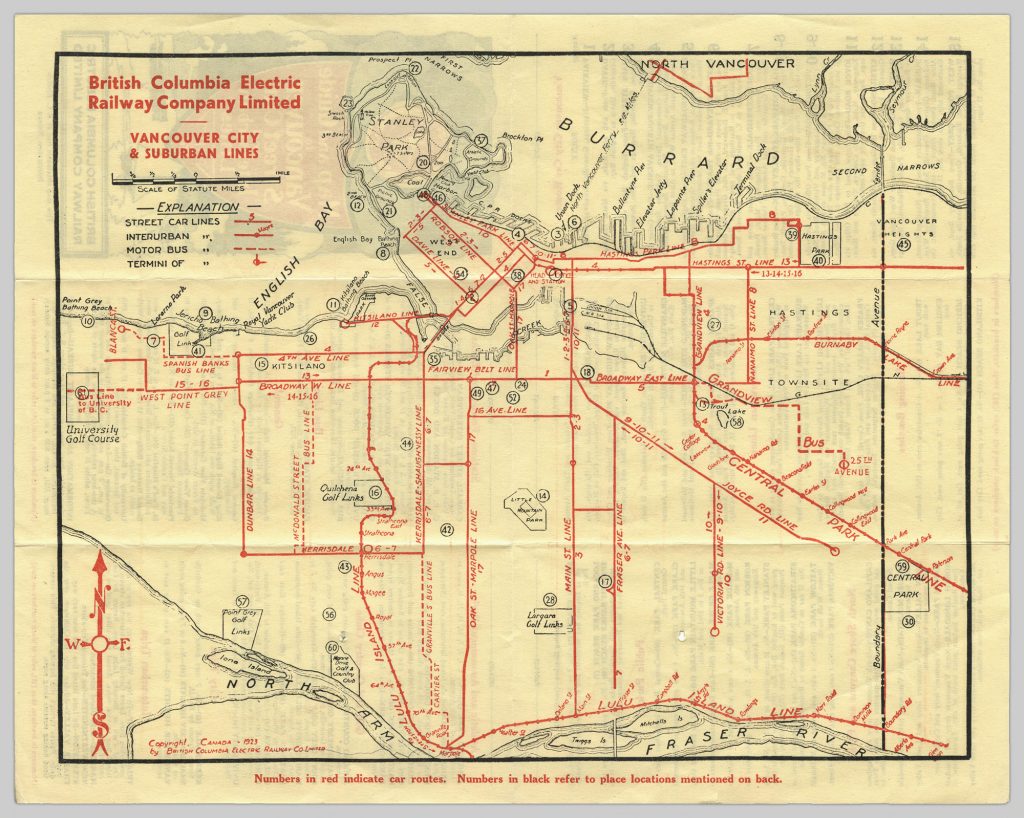 Map and guide to Vancouver street car and interurban lines, 1923. 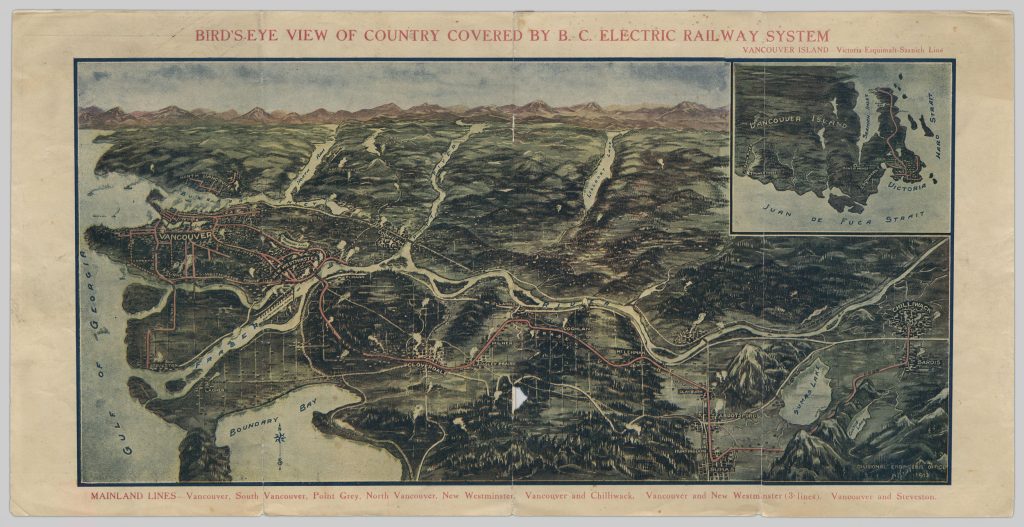 The following are photographs depicting streetcars in BC from the Uno Langmann Family Collection of British Columbia Photographs: 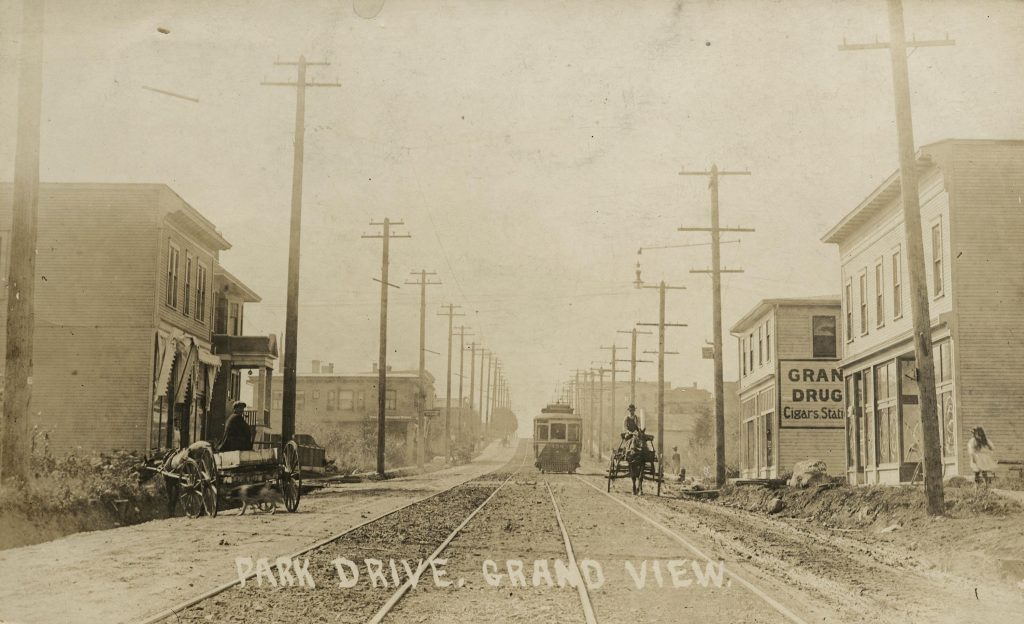 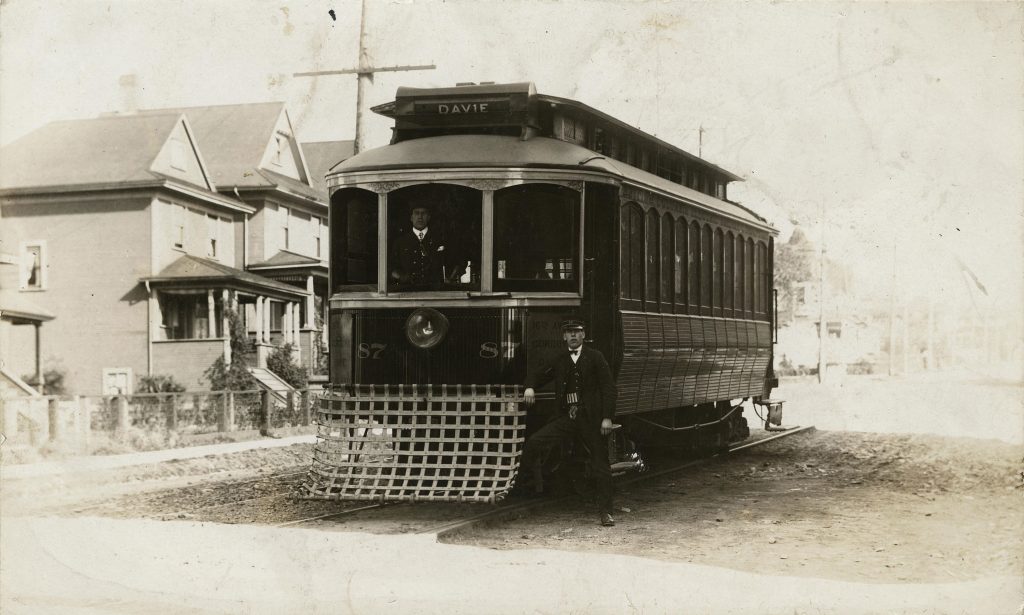 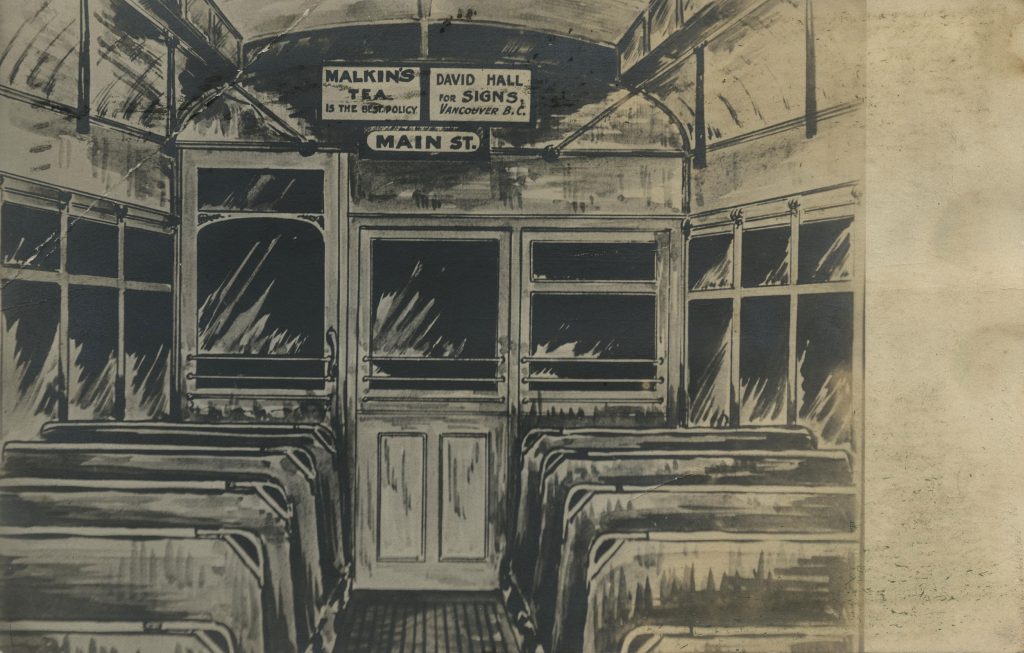 You can also find interurban lines in the BC Historical Books Collection: 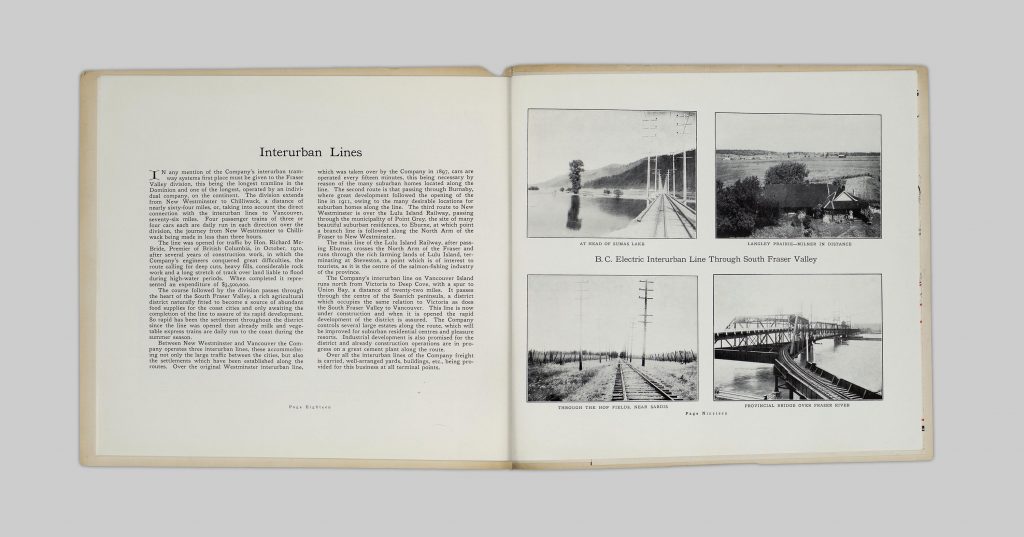 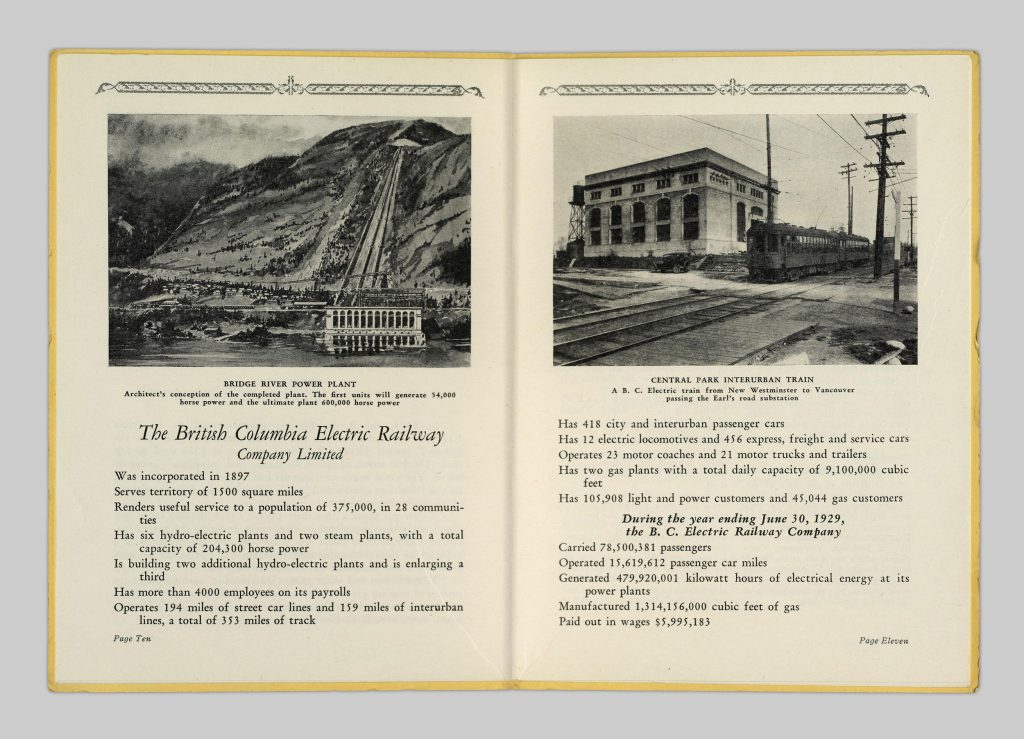 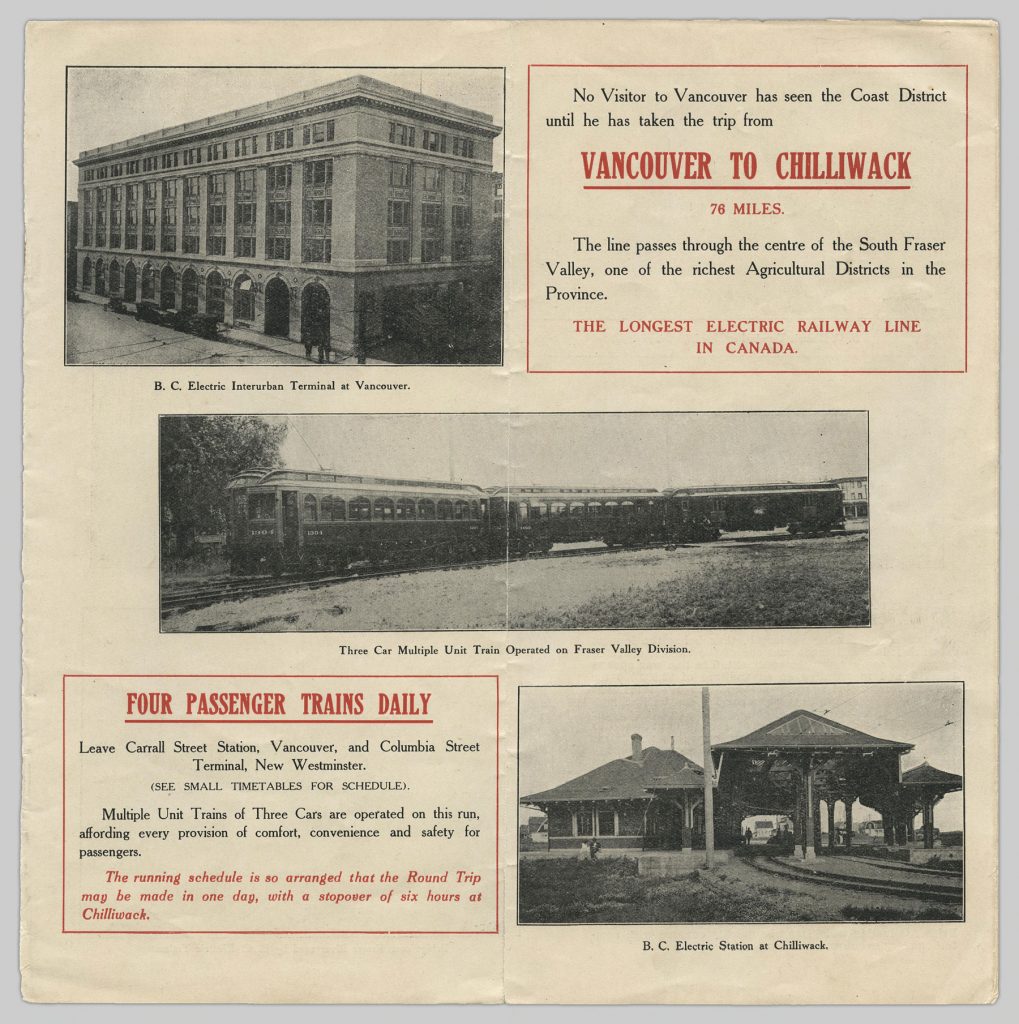 Around 1909, BCER purchased the designs of open-air sightseeing cars from the Montreal Tramways Company and constructed the cars in New Westminster. Thadeous (Teddy) Sylvester Lyons was a popular tour conductor, known for his wit and jokes while operating this service until it stopped running in 1950. 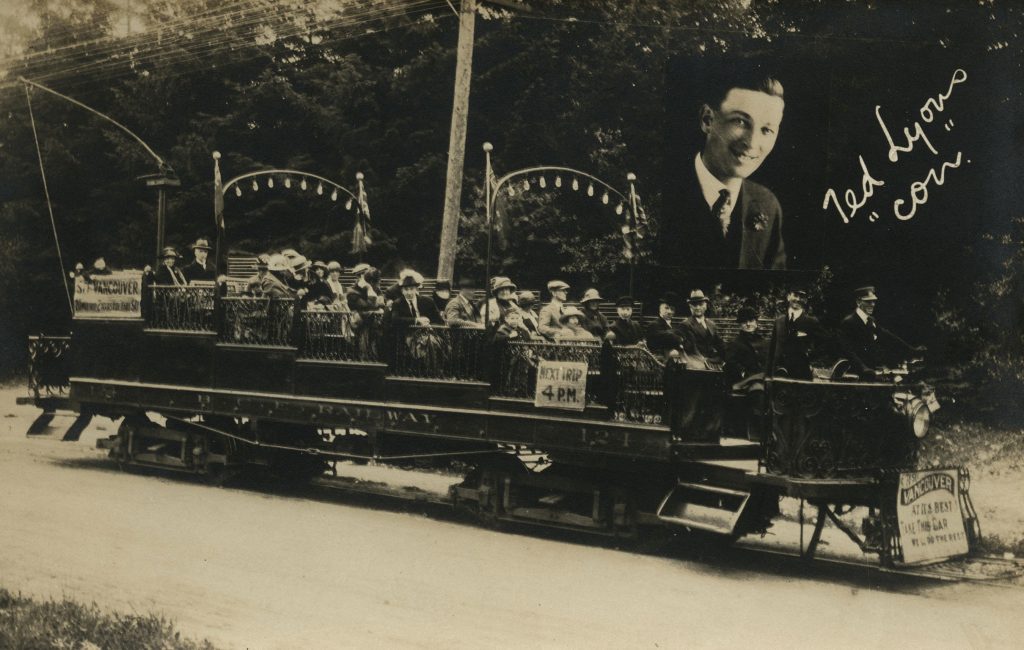 Motor buses were the main transit option for students and employees heading to UBC. In Carrying the People ([1929]) by British Columbia Electric Railway Company, UBC was considered the busiest route:

Consider the problem of the University. Between 8 o’clock and 9.15 in the morning, transportation is required for more than fifteen hundred students and no sooner is this accomplished than the traffic falls off to nothing. In the afternoon the same surge occurs in the opposite direction and then zero in traffic again. […] There is no busier spot in Vancouver than this transfer point as the University rush is at its height each morning. (pp.7-8) 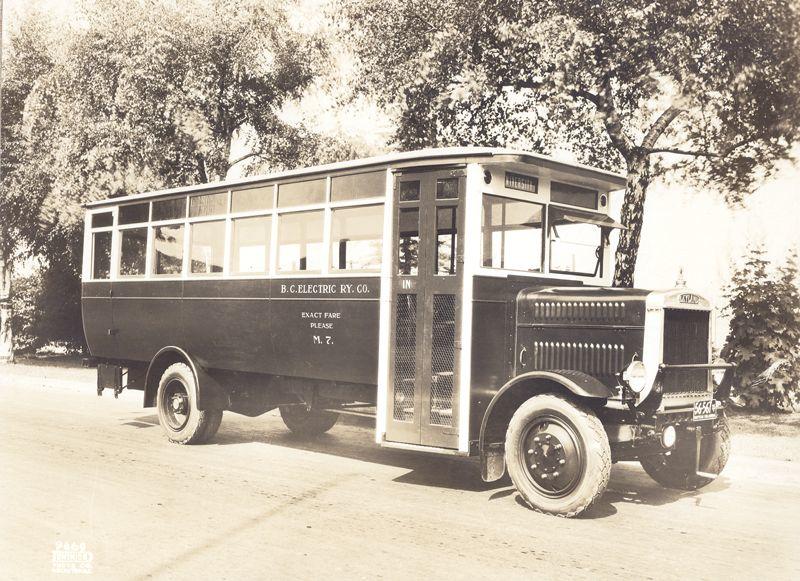 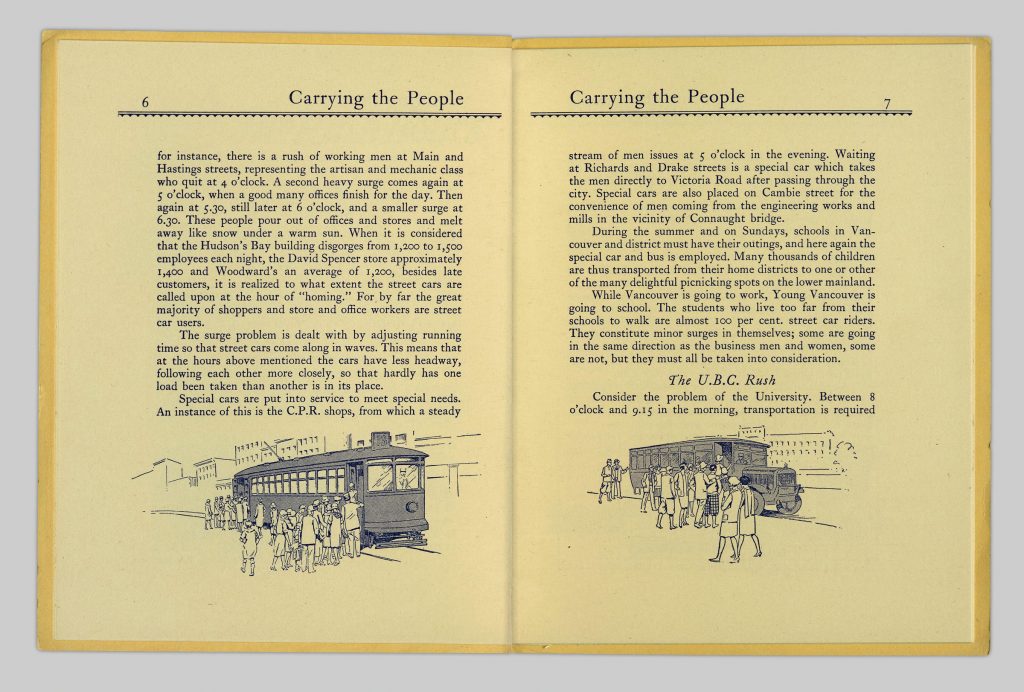 The End of Streetcars/Interurbans Services

Around the time of the Second World War, the BCER streetcar and interurban services were approaching their end due to the high cost of maintaining the train tracks. The BCER decided to do “Rails-to-Rubbers” conversion throughout the entire transit system, changing from streetcars using tracks to buses with rubber tires.

The final run of Vancouver’s streetcar was in 1955. The last interurban car ran between Marpole and Steveston on February 28, 1958, and the rail passenger service by BCER ended.

Ever since the BC government took over the BCER in 1961, we have used “rubber” buses and automated trains as our primary transportation tools in BC. At UBC Vancouver campus, there are 15 bus routes to Metro Vancouver and two routes serving on-campus areas today. 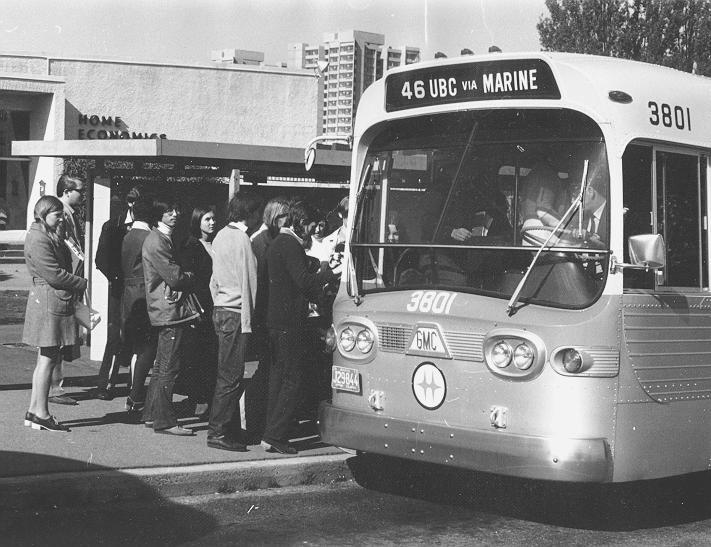 If you want to explore more materials about BC transportation history, please visit our Open Collections.