One nice thing about working with Open Collections is that we can learn from our patrons. In a previous tweet, we shared a serigraph print in original frame with a plaque reading Lake Superior, Ontario, Canadian Pacific from the Chung Collection. A patron pointed out that it looks like a painting by the Group of Seven. 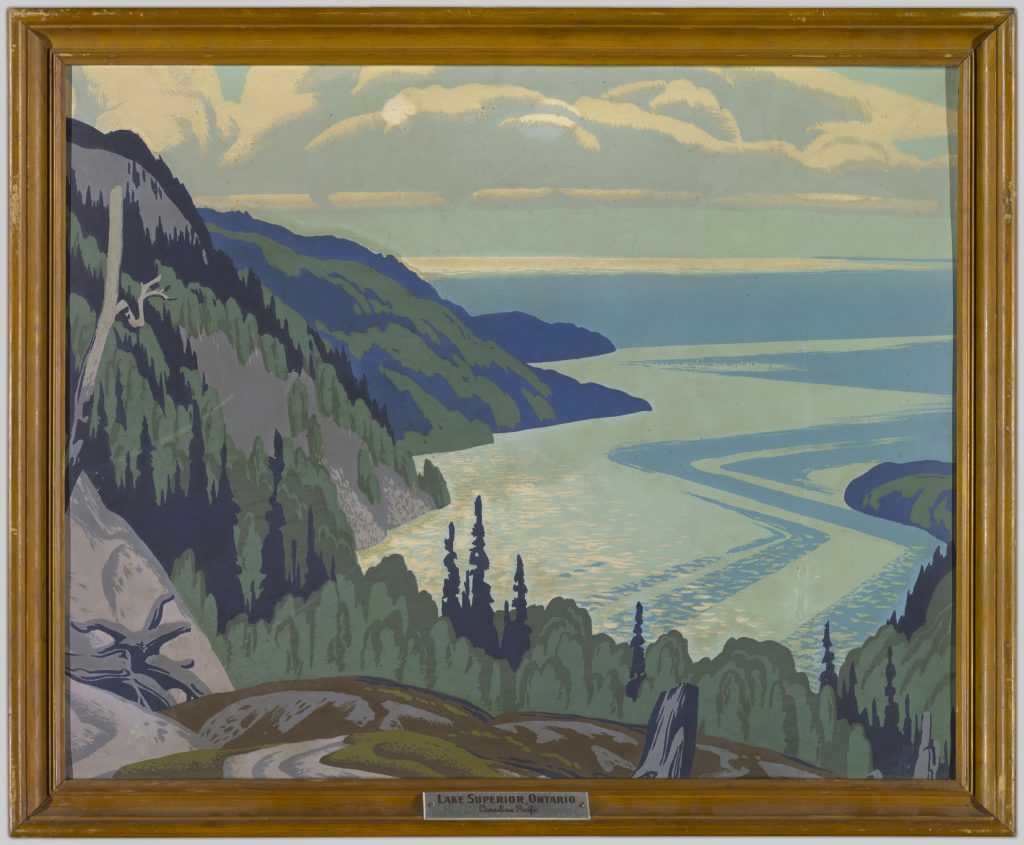 After librarians in UBC Rare Book and Special Collections removed the frame and consulted with several people, we realized that the original design was likely by Alfred Joseph Casson, part of the Group of Seven.

The Canadian Pacific Railway commissioned a series of serigraphs for display which were produced in small runs. The print above was one of them. These images, designed by Canadian artists and photographers, such as Alfred Crocker Leighton, Peter Ewart, and Alfred Joseph Casson, were distributed to Canadian Pacific Railway agents’ offices to showcase the emerging Canadian national aesthetic and promote the opportunities for tourism and travel within the country.

The Chung Collection includes more than 200 posters, as well as other C.P.R. artwork and supplemental material. In this post, we select a few prints of landscape paintings from this collection. You can click on each image to jump to the page in Open Collections, where you can enlarge the image and read the full descriptions. 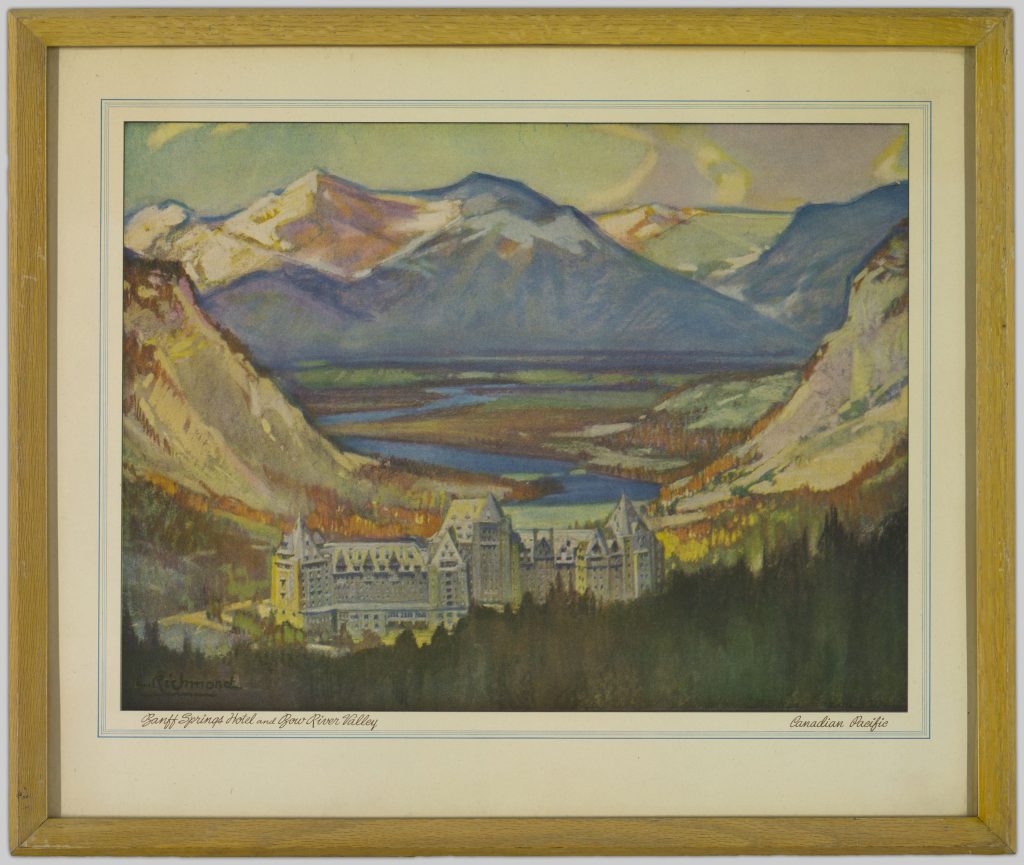 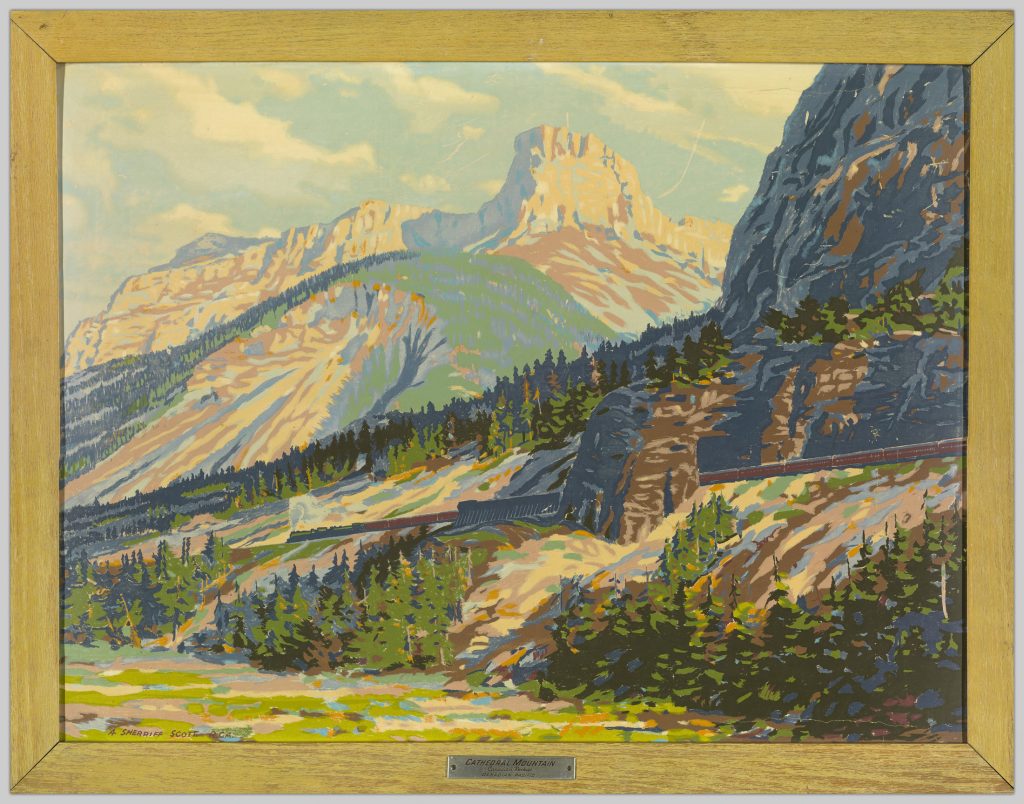 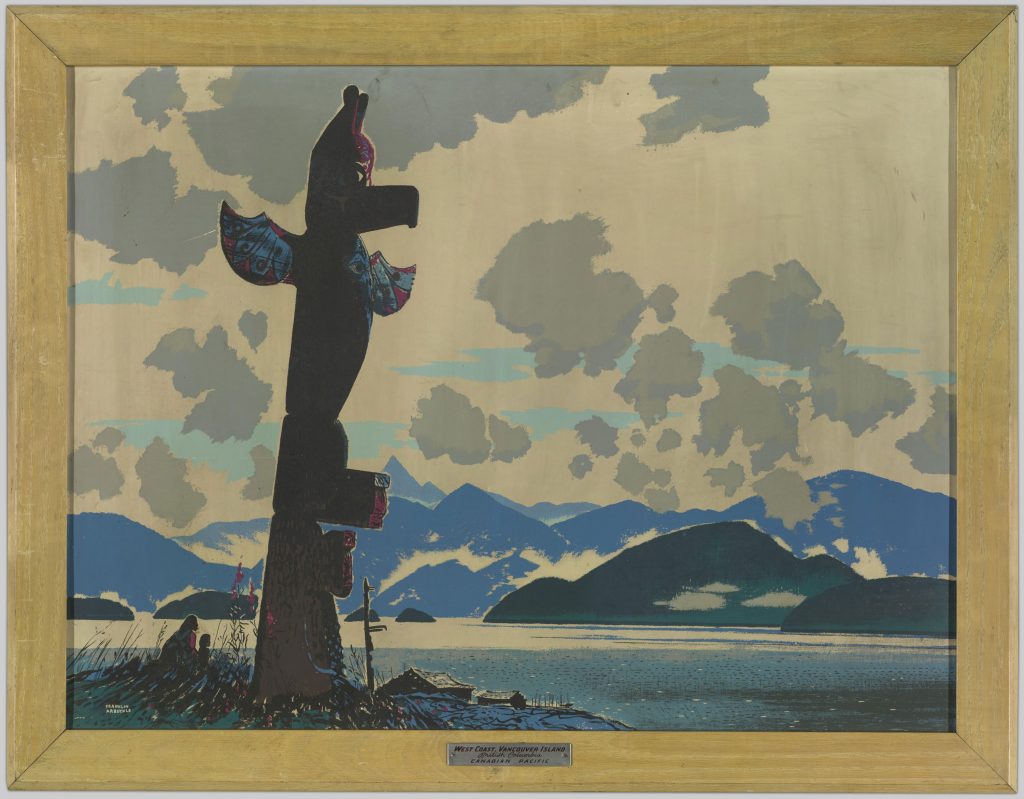 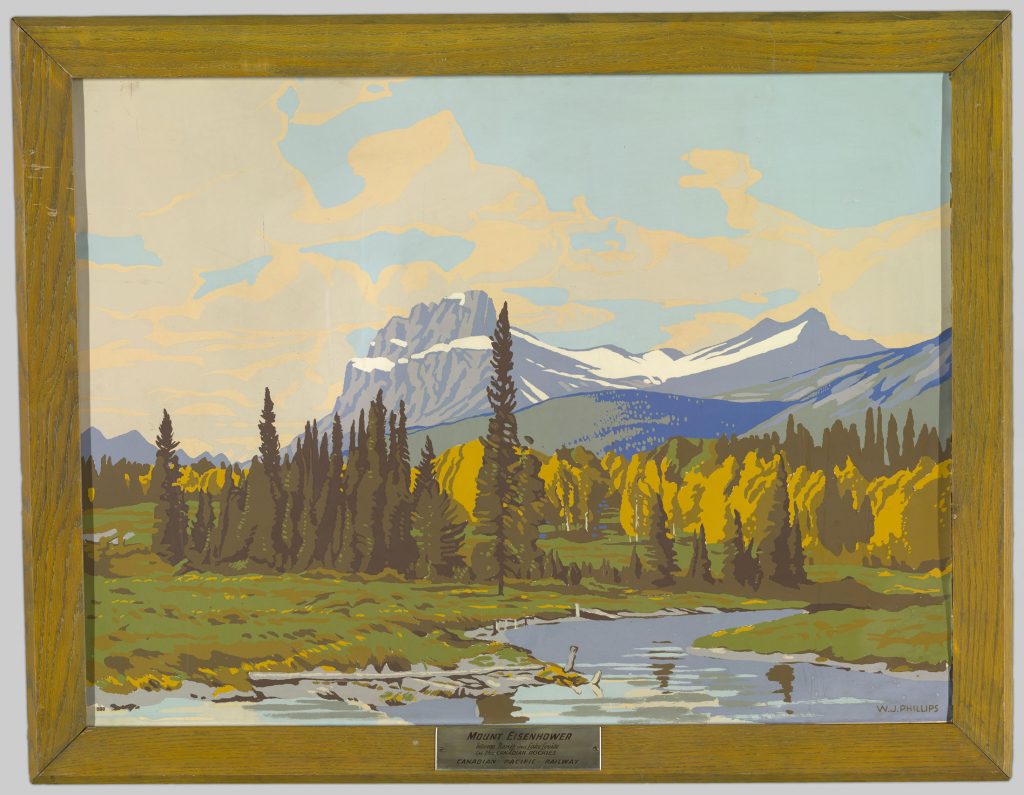 Moraine Lake, Canadian Rockies, [not before 1940] 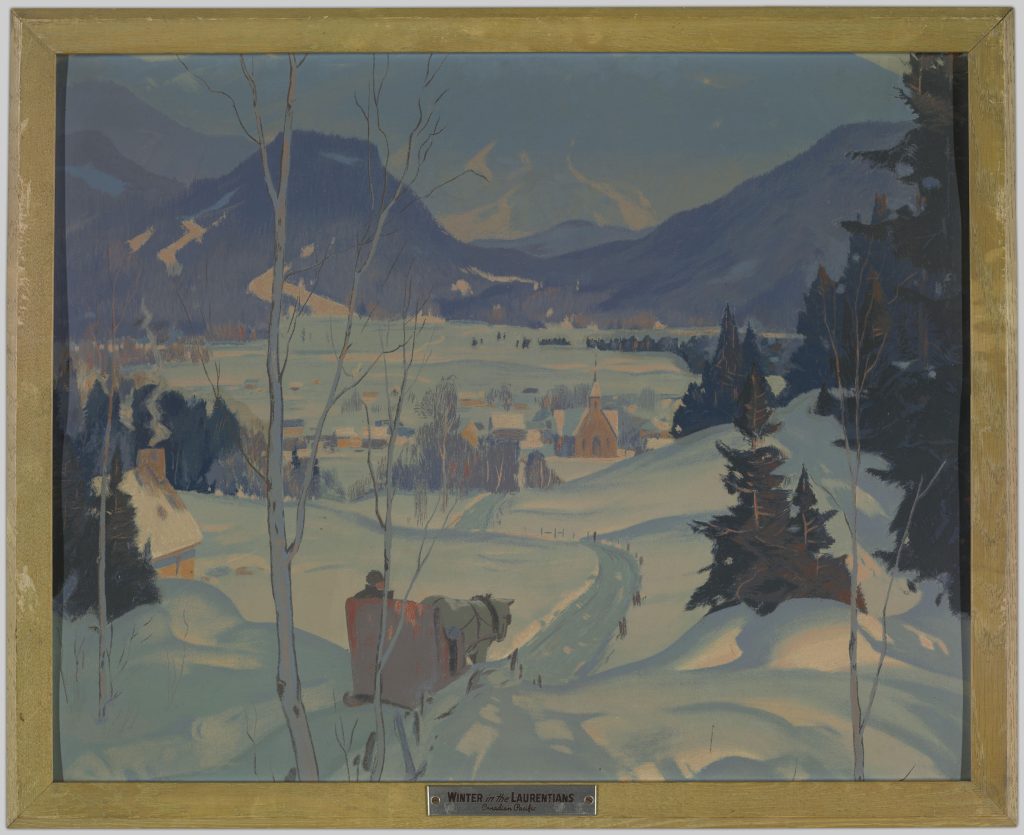 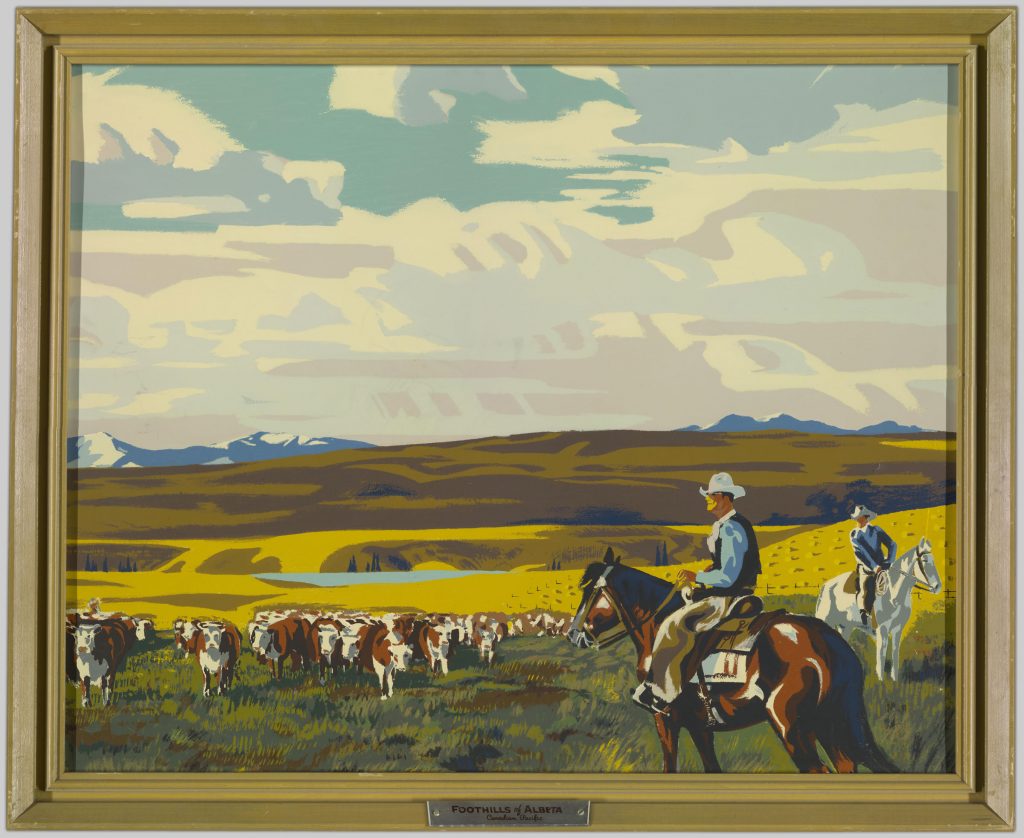 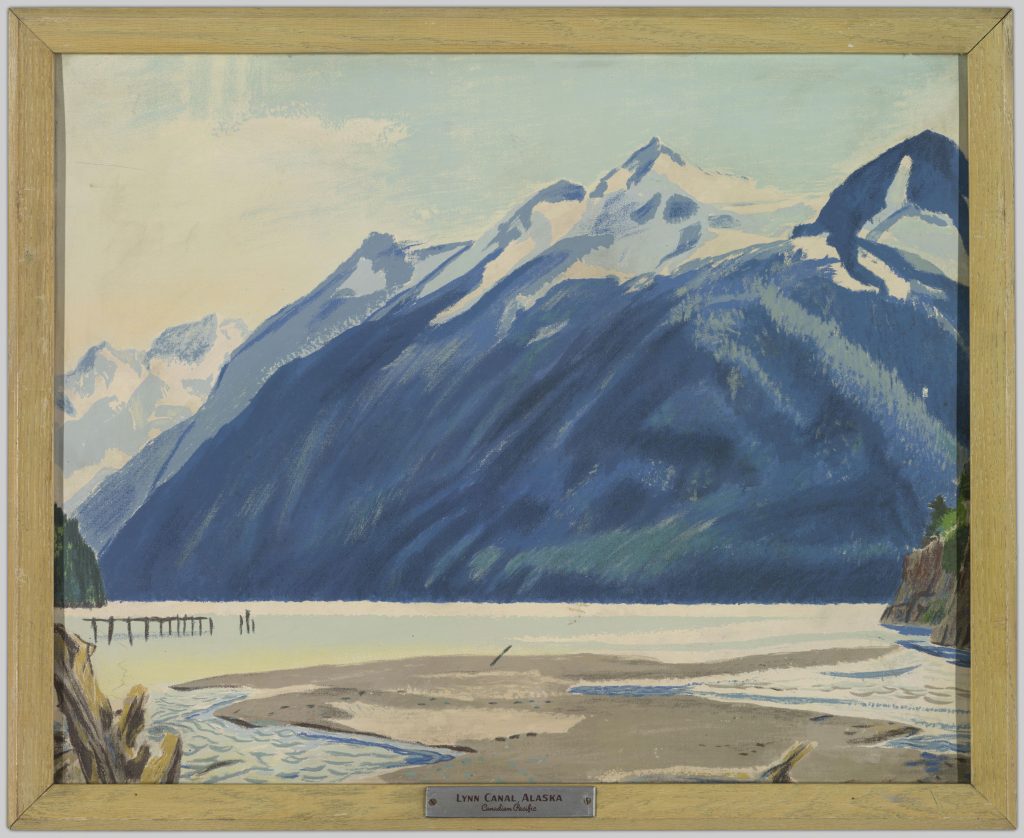 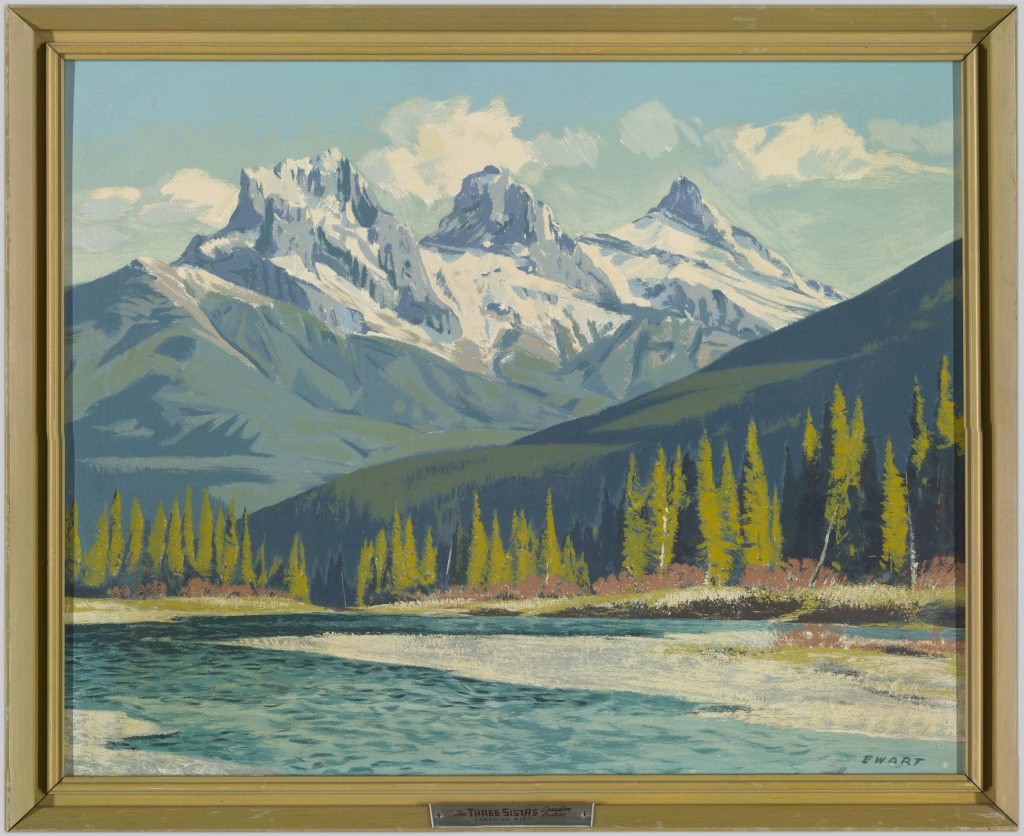 We hope you enjoyed this post! To view the full collection of Artwork and Images of the C.P.R., please click here.