Historic Hotels around the World

The holiday season is upon us, and it is time to celebrate. If you’re considering a staycation, you should check out our previous blog posts: Hotel Vancouver and the Empress Hotel, two largest surviving Canadian Pacific Railway (CPR) hotels with more than 100 years of history in B.C. This post uses images from The Chung Collection to introduce five historic hotels on three continents. Four of them are still in business and the remaining hotel has since closed down but forms a part of the history of the hospitality industry.

Hong Kong’s Repulse Bay Hotel opened in 1920 and closed in 1982, and was one of the best hotels during the early 20th century. With its British architectural style and spectacular views, the Repulse Bay Hotel attracted royalty and celebrities such as George Bernard Shaw and Spain’s Crown Prince Juan Carlos. It was once renamed the Midorigahama Hotel and used as a military hospital during World War II. Although the hotel was later demolished to make way for redevelopment, artifacts preserved from the Repulse Bay Hotel are displayed in the Repulse Bay Historical Gallery where visitors can explore the historical stories of the hotel.

Below are the photograph and photographic postcards of the Repulse Bay Hotel: 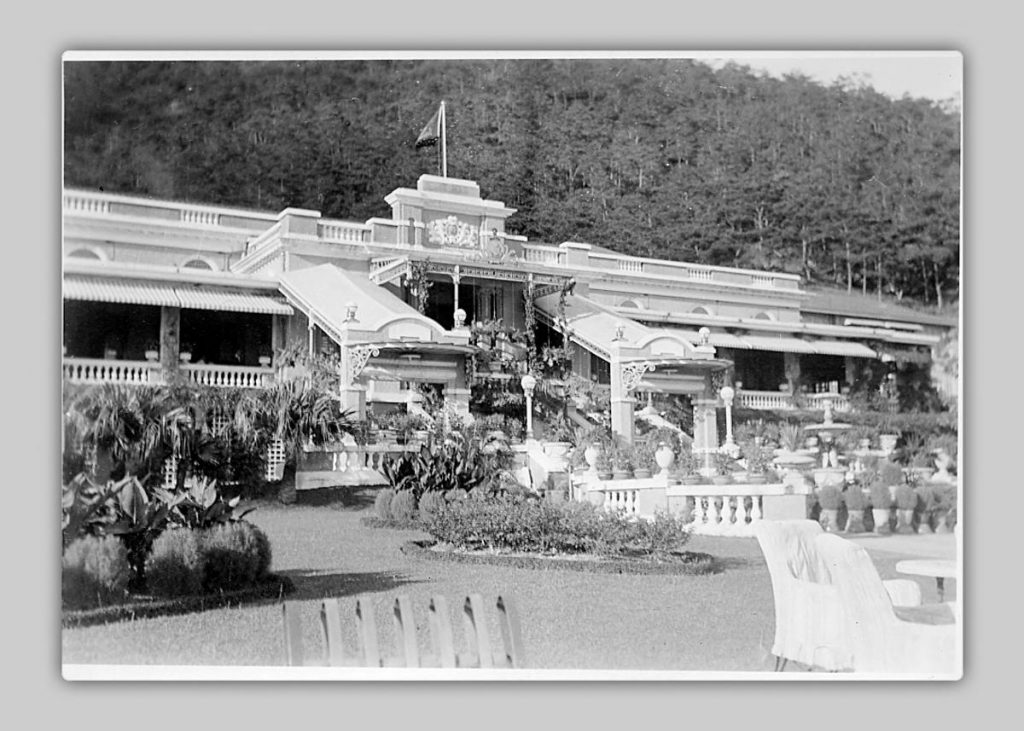 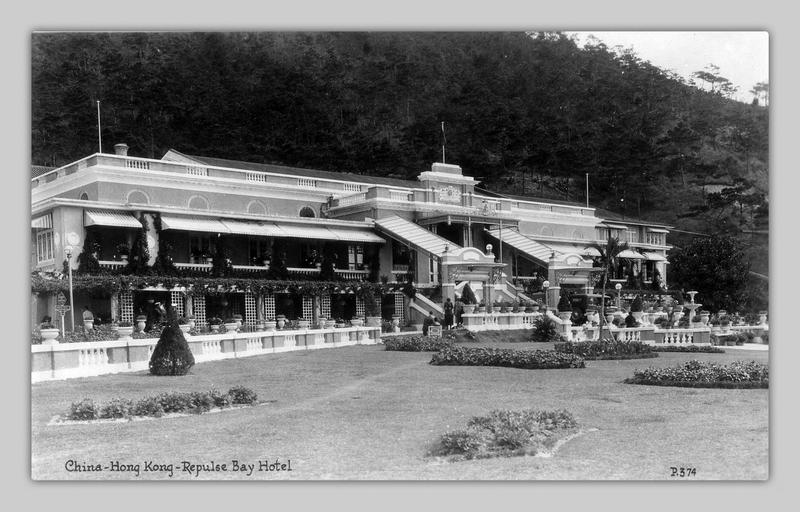 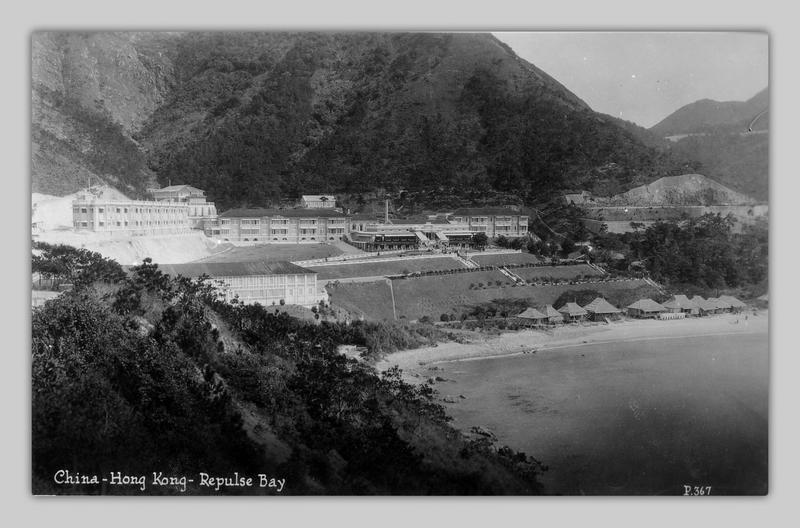 Located in the capital of the Philippines, this five-star hotel was an important landmark in Manila and the oldest premier hotel in the Philippines. It was opened on 4th of July 1912 to commemorate American Independence Day. With a 109-year history, it has undergone renovation and expansion. The hotel is committed to offering a safe and comfortable environment for the local Filipinos and overseas visitors. For example, former presidents of the Philippines chose to hold political events in the hotel. General Douglas MacArthur stayed in the Manila Hotel with his family when he was appointed military advisor to the Commonwealth Government of the Philippines. For more details, please check out its official website.

The following postcard depicts the Manila Hotel designed in the California mission style: 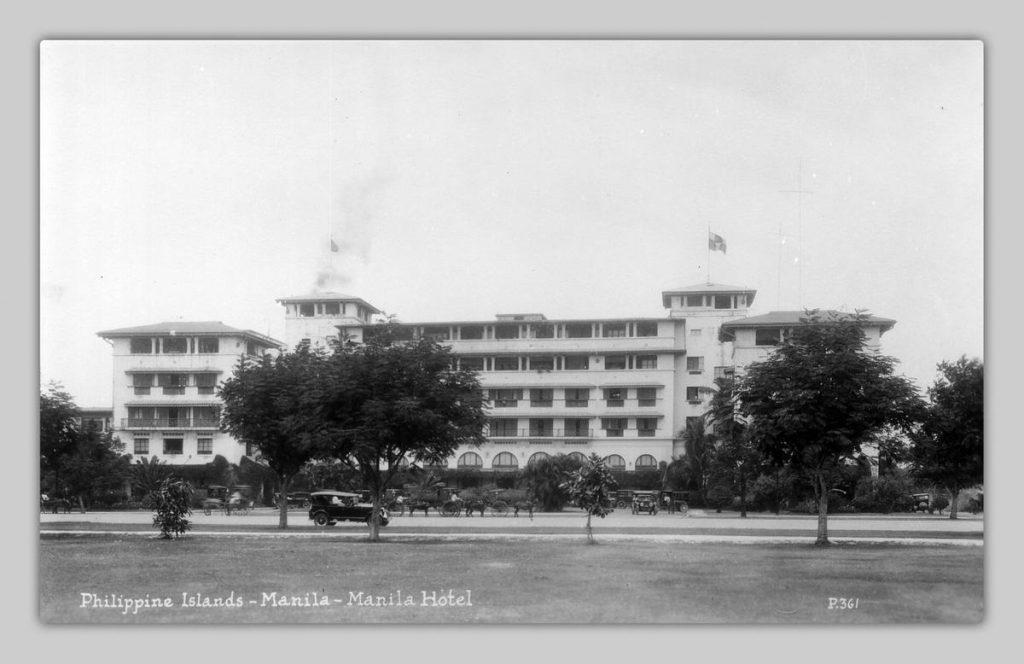 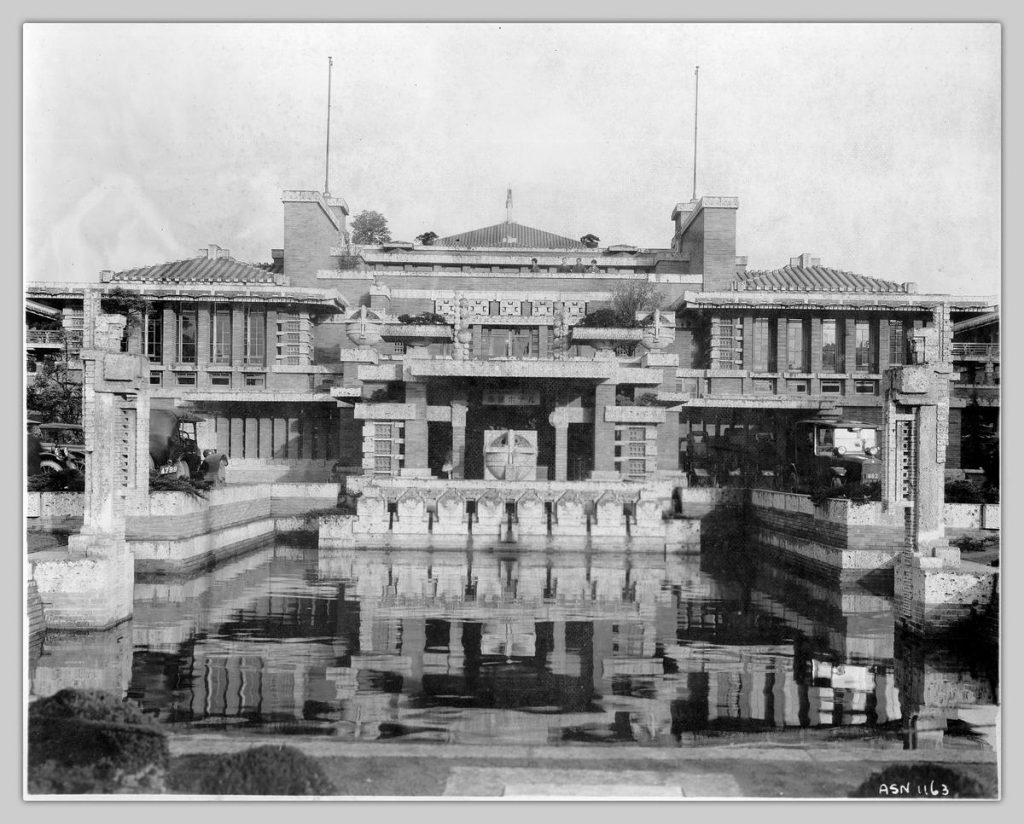 Shepheard’s Hotel was established by an Englishman named Samuel Shepheard 180 years ago. After multiple changes in ownership over the years, it remains one of the leading hotels in Egypt and one of the premier hotels in the world. Apart from serving as military headquarters during the World Wars, the hotel has hosted prestigious events such as the celebration of the Grand Opening of the Suez Canal and the banquet given in honour of the French Empress Eugénie. The following photograph, taken sometime around 1929, shows the street view of the front exterior of Shepheard’s Hotel in Cairo with several automobiles and pedestrians visible in front of the hotel. The Shepheard’s Hotel was destroyed in the Cairo fire of 1952 and replaced with the current Shepheard Hotel. For more details, please check out its official website. 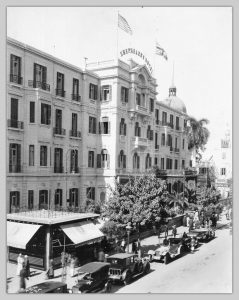 This  eclectically-styled hotel, located in the heart of Havana, was opened as The National Hotel of Cuba in 1930. The innovative building layout design allows visitors to enjoy the spectacular views of the Havana Harbor or of the city at their rooms. After the Battle of the Hotel Nacional of Cuba, the hotel was renamed the Hotel Nacional de Cuba in 1939. It hosted the Havana Conference in 1946 and was nationalized in 1960. In recognition of its history, culture and Cuban identity, the Hotel Nacional de Cuba has been declared a National Monument and included in the National Memory of the World register. For more details, please check out its official website. 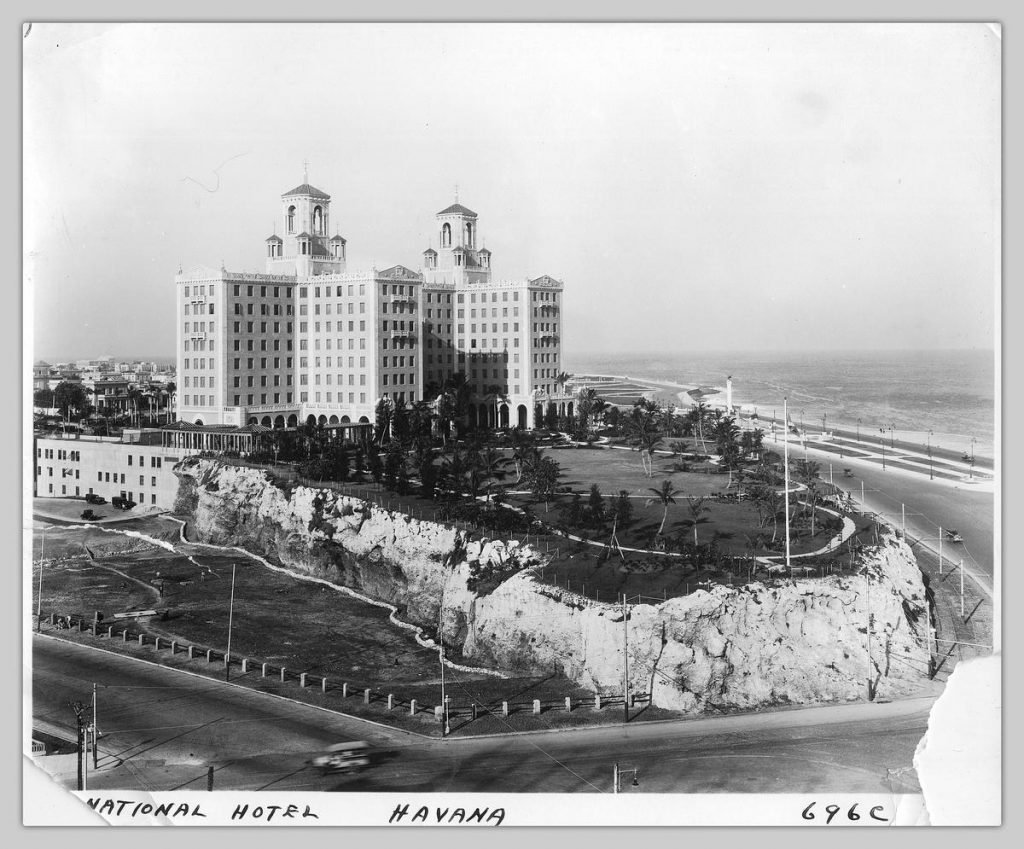 History of the Repulse Bay Hotel

Remembering Hong Kong’s Repulse Bay Hotel, where Hemingway hung out on ‘the Riviera of the East’

History of the Manila Hotel

History of The Imperial Hotel

History of the Shepheard Hotel

Wikipedia of the Shepheard Hotel