Today is Remembrance Day, originally called Armistice Day. In memory of those who served during the wars, we are sharing the written records relating to World War I and World War II from the Open Collections.

This record from the BC Historical Books collection mentions the history of H.M.C.S. Naden naval barracks from 1862 to 1952. It records that the Commodore V.G. Brodeur was in command of the Naval Forces on the Pacific Coast at the declaration of war in September 1939, and the Naval Medical Service was provided between two great wars. 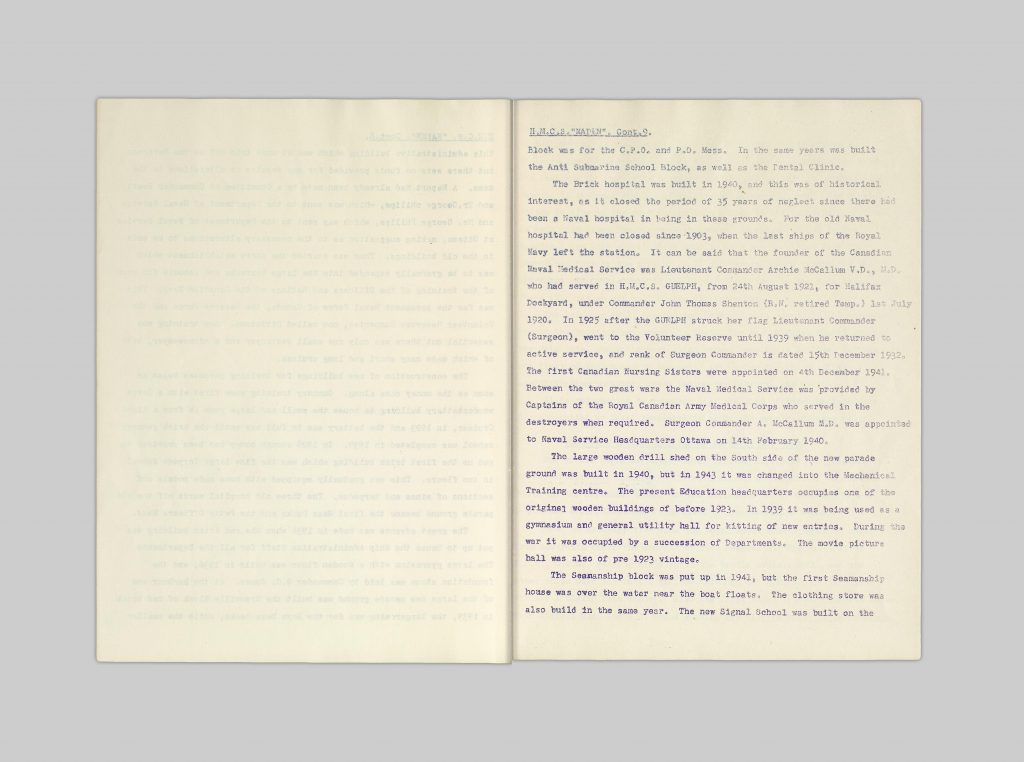 The following is MacDonell’s army correspondence book while he was a chaplain in World War I. It is available in  The Chung Collection. 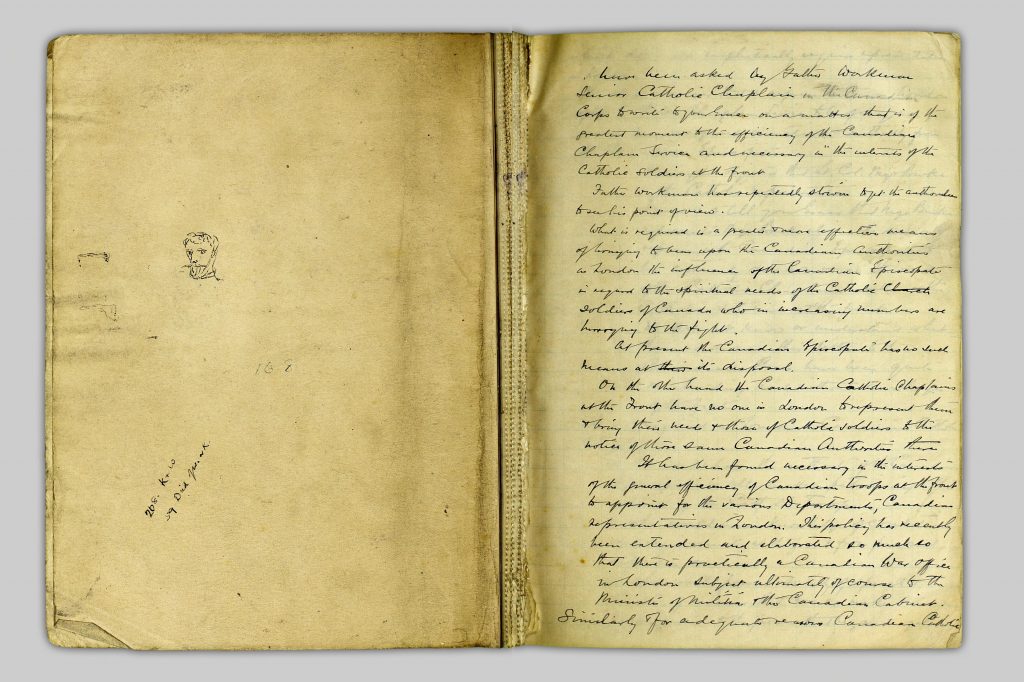 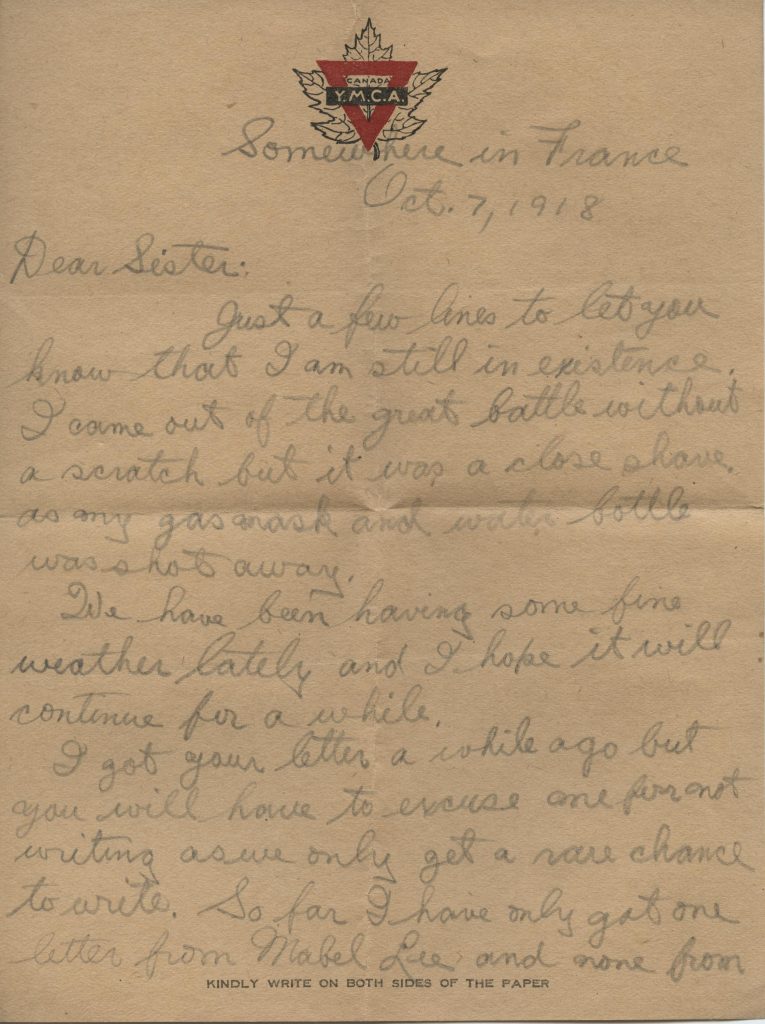 This is another letter from Wee Tan Louie who talked about safely coming out from a battle and the food supply in the camp. 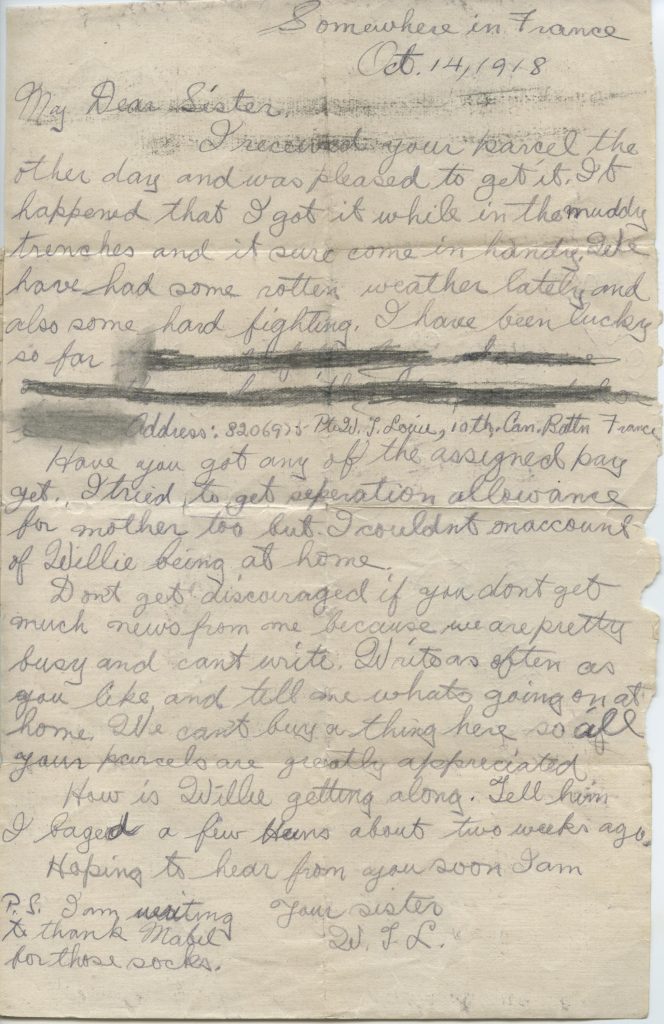 British Columbia History is the British Columbia Historical Federation’s flagship publication, a quarterly magazine chronicling British Columbia’s unique story through the words and images of community writers, archivists, museum professionals, academic historians and more. It is packed with articles, photographs, maps, illustrations, book reviews and insights into local archives. In this magazine article “Maple Ridge Soldiers in the Wat to End all Wars”, the author talked about the stories of Maple Ridge Soldiers serving in World war I. 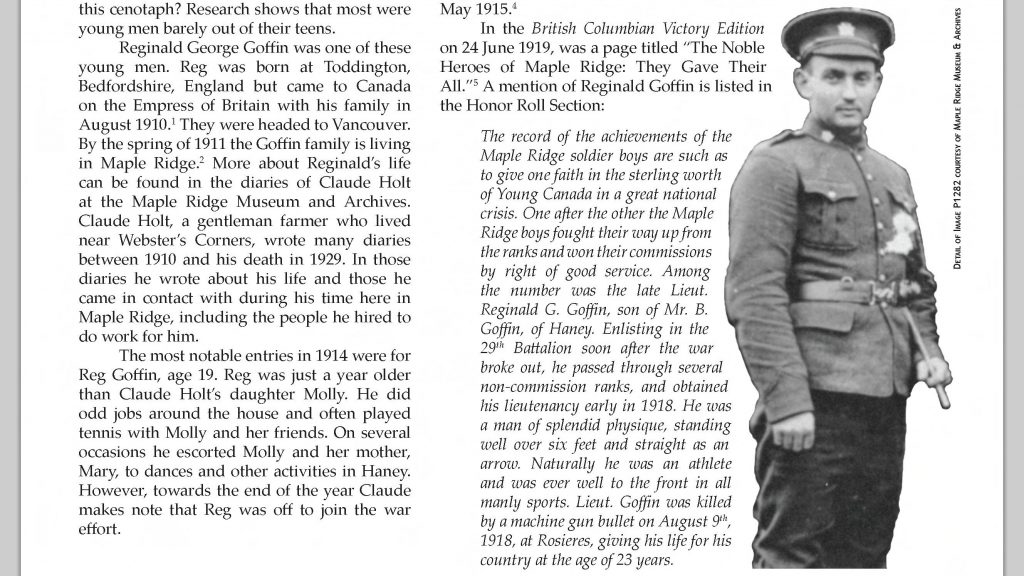 The Japanese-Canadian newspaper Tairiku Nippō (Continental Daily News) was published in Vancouver between 1907 and 1941. The paper, predominantly written in Japanese, was an important source of information for Japanese immigrants to British Columbia. The First and Second World Wars took place during the period covered by this publication. The following newspaper clippings yielded the updated information and impacts of world wars when they were taking place and their aftermath. 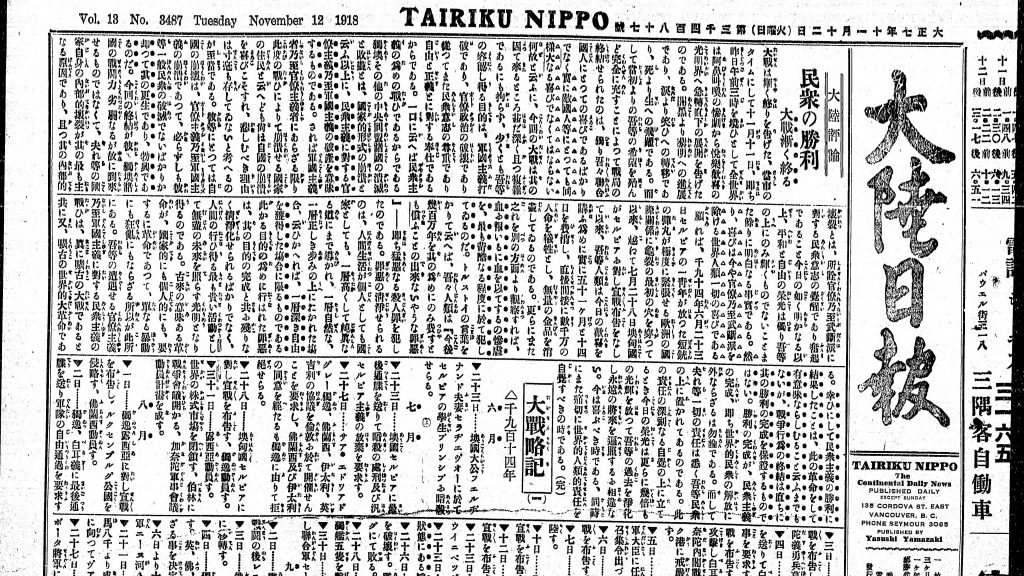 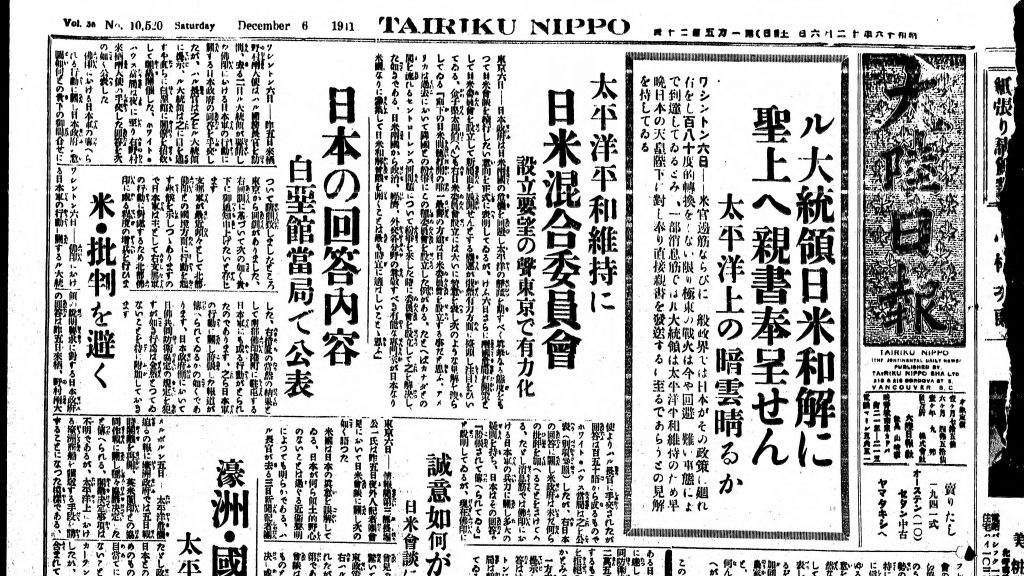 The Nelson Daily News from the BC Historical Newspapers collection , a daily newspaper published in Nelson, BC, provided an in-depth look at local, national, and international affairs, including the up-to-date news about World War I. 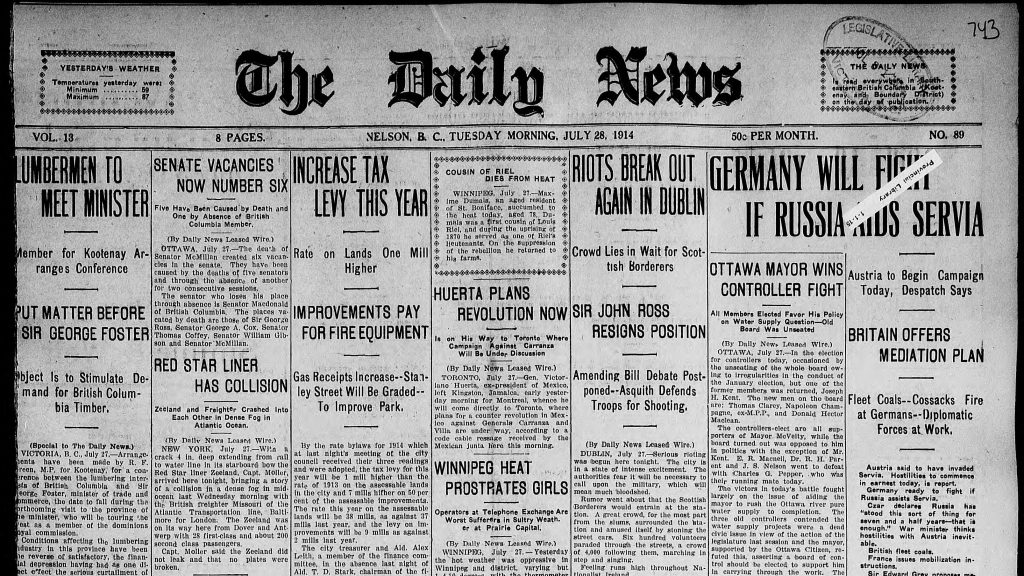 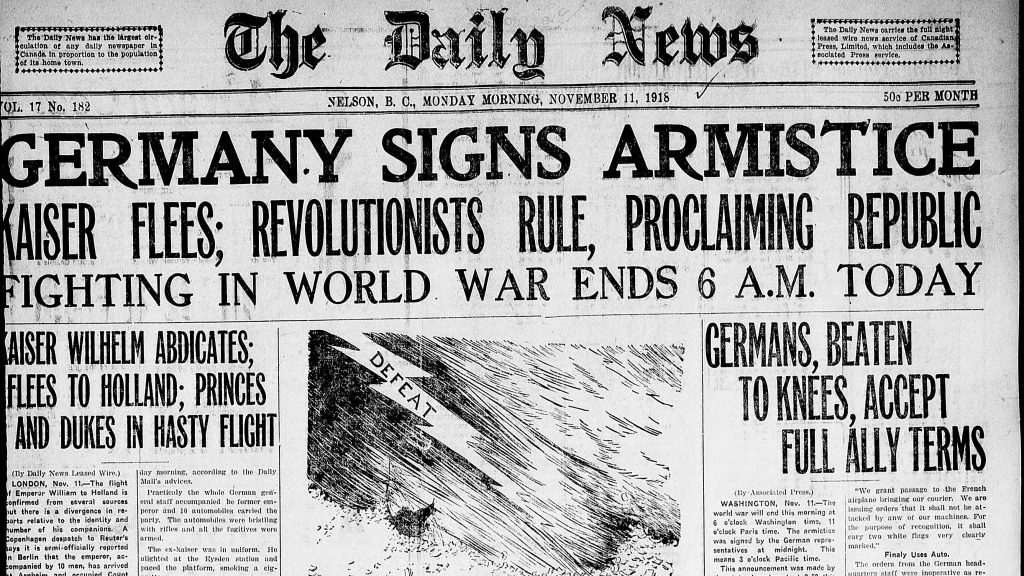