From 1951 to 1957, British Columbia made the first-ever systematic inventory of the province’s forests. In 1958, the Interim Forest Cover Series Maps were produced using a combination of aerial photographs (40 chain photos) and ground sampling plots. Each map is accompanied by an envelope, providing a forest inventory summary of the region within the map sheet.

These maps are printed on high-quality paper and contain colour-coded representations of various classifications of forest cover. Physical copies of the map series are held in the UBC Library’s Map and Atlas Collection in Koerner Library, as well as at the Rare Books and Special Collections Library, within the MacMillan Bloedel Limited fonds. The entire series comprises 149 index maps and summaries and is now available in the Open Collections.

For many years after their completion, the Interim Forest Cover Series Maps were a much-used source of general information on timber resources, roads and other details throughout BC (Source: A History of the British Columbia Provincial Forest Inventory Program). According to this tweet, the earliest digital forest cover map series covering all BC became available in 1995. Landsat offers insight back to 1984. These maps extend our forest cover change record by more than 35 years, to the 1950s. It will help us reconstruct the historical changes in BC’s environment and forests.

This map shows the forest cover of part of Vancouver Island and the Lower Mainland. 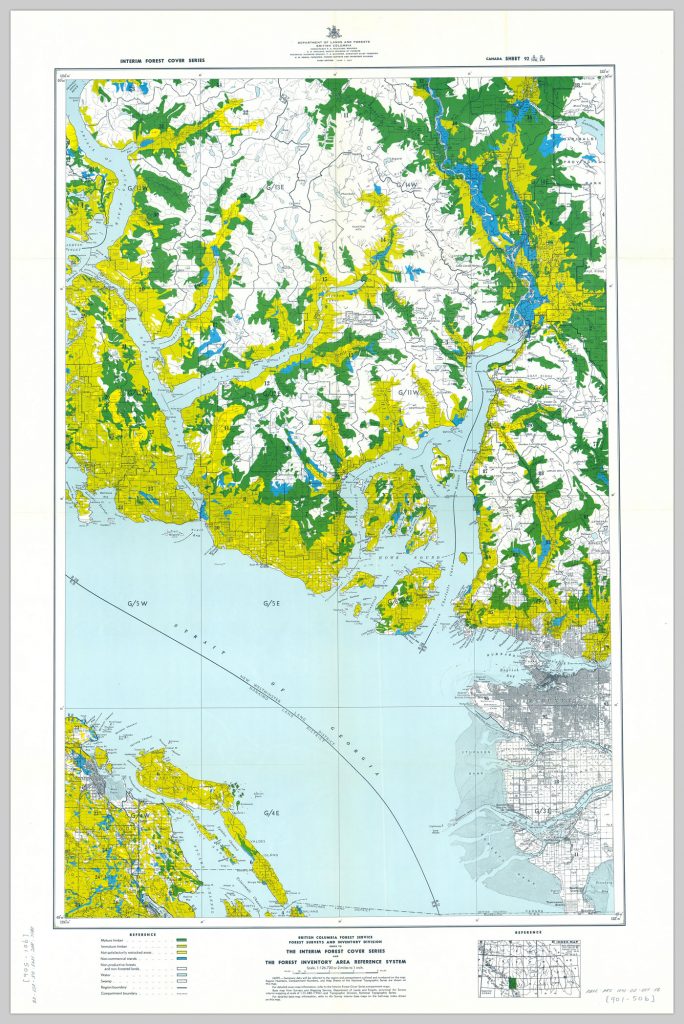 And here is the forest inventory summary on the envelope of the map: 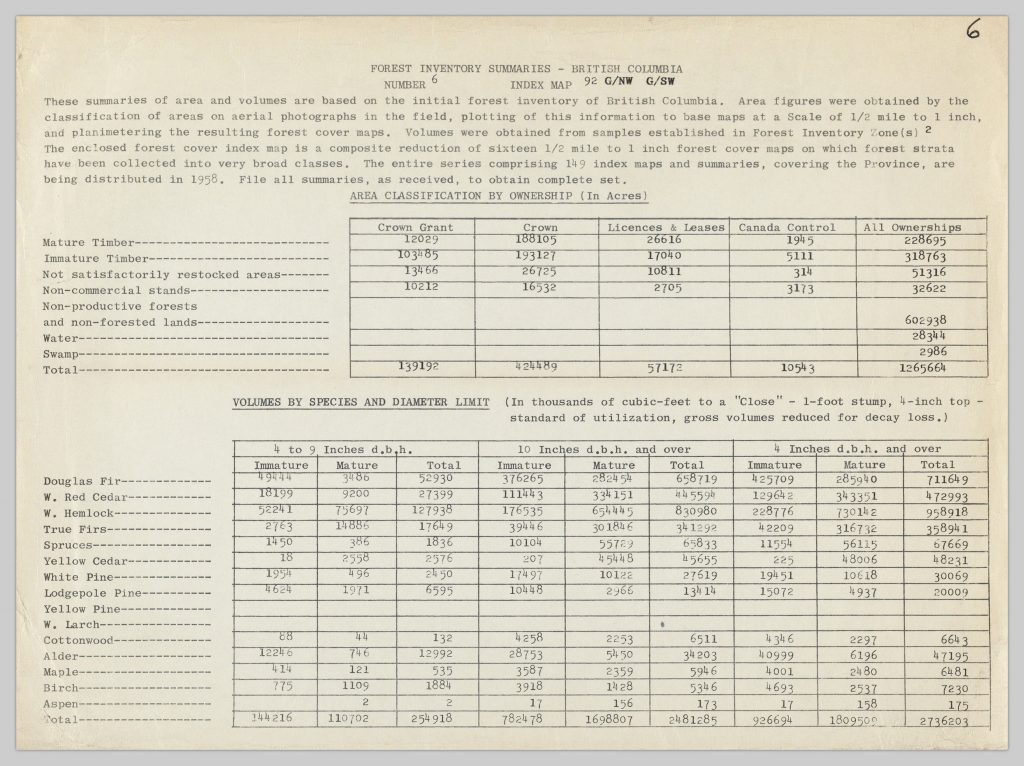 In the lower-left corner of each map, there is a legend showing the meaning of different colours on the map. In the lower-right corner is an inset map indicating the location of the main map in a broader frame of reference. 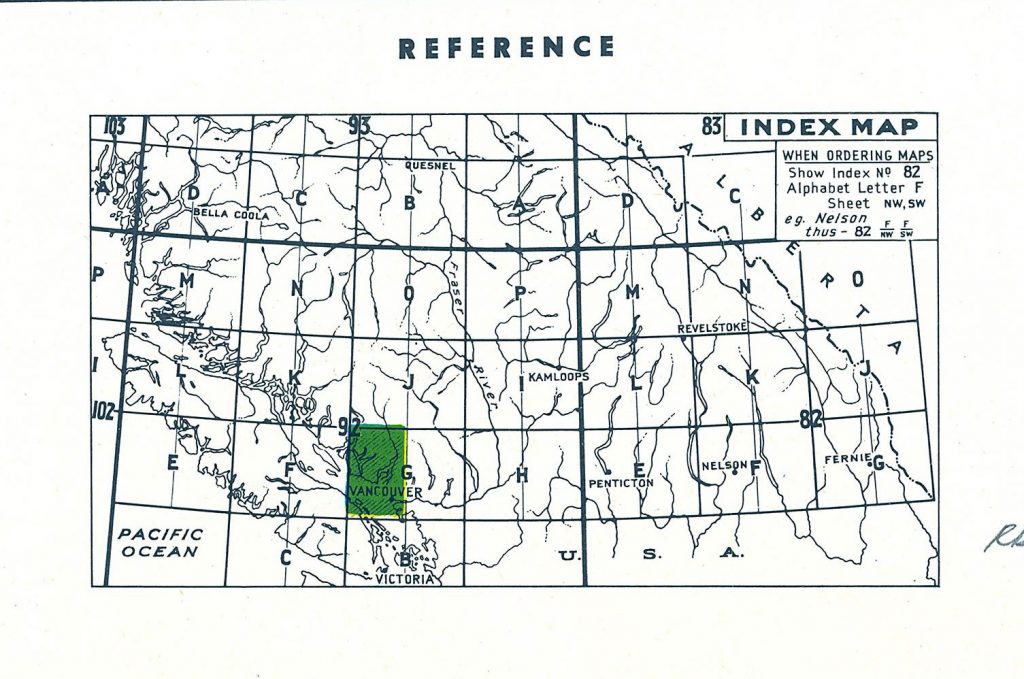 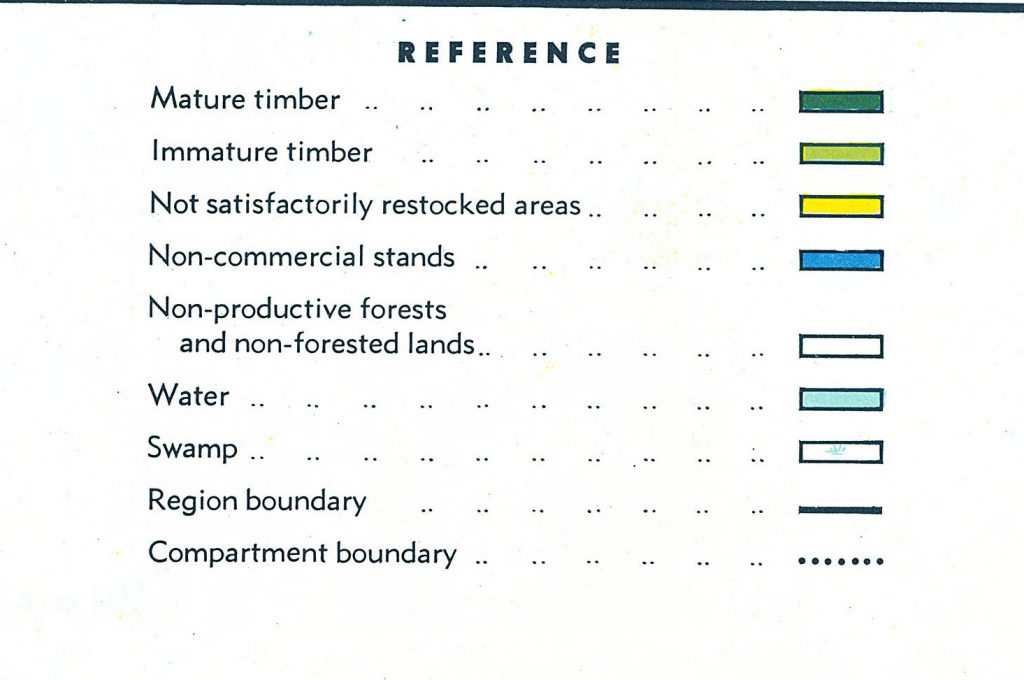 Below is a glossary of forest covers extracted from the 1967 forest inventory that can help us understand the 1958 map series, but viewers should note that the definitions used in this map series may differ and that this glossary should be interpreted cautiously.

Not satisfactorily stocked areas – Forest land in not satisfactorily restocked (NSR) condition, defined as stands that have been disturbed over 75% by fire, logging, wind, insect, disease or other disturbances, and have not restocked with sufficient numbers of commercial species.

To view more maps and discover what BC forests were like in the 1950s, please visit Interim Forest Cover Series Maps! For those who are interested, here’s a narrative history of the forest inventory program on the Forest History Association of B.C. website: https://fhabc.org/documents/BCFS-Inventory-history-part-2.pdf.