BC Victoria Now and Then

Victoria is the capital of British Columbia and one of the oldest cities in Canada. This capital has evolved from a trading and commercial hub in the 19th century to a tourist hotspot and a city of government nowadays. In this post, we are taking the opportunity to compare a few recent photographs in Victoria to the digitized records from The Chung Collection, Uno Langmann Family Collection of British Columbia Photographs, and UBC Archives Photograph Collection. If you would like to take a peek at the city illustrations, we recommended checking out our blog post published in 2012 – Illustrated Victoria. 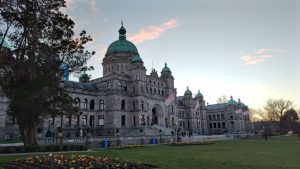 Inner Harbour is probably the most popular tourist area in Victoria, and one of the most breathtaking ports in the world. Walking the Inner Harbour pathways, you can enjoy the picturesque waterfront, and the views of Parliament Buildings and Empress Hotel. 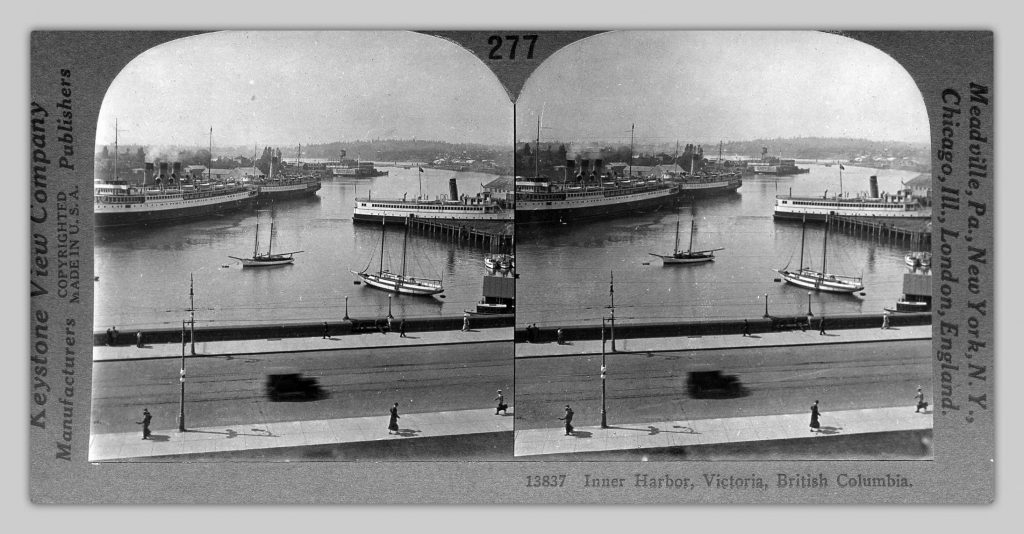 Inner Harbor and Empress Hotel from Parliament Buildings, Victoria, B.C., [between 1935 and 1945?]

Craigdarroch Castle is another landmark and popular filming location in Victoria. This legendary mansion has been here for 132 years, and once served as a military hospital, Victoria College and the Victoria Conservatory of Music. 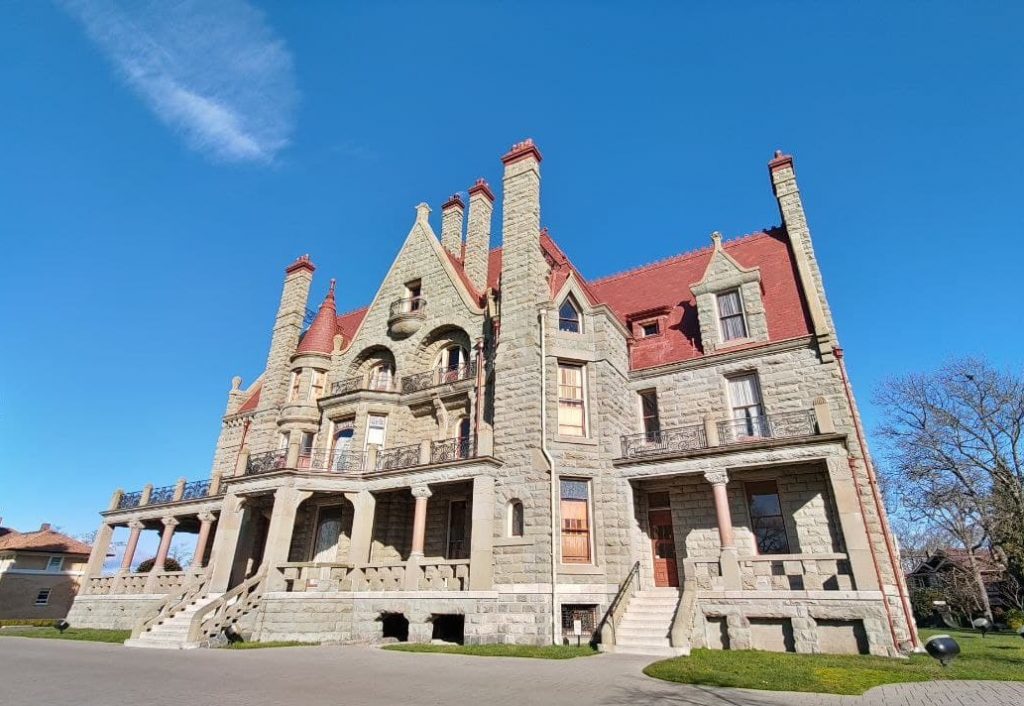