The iconic Empress Hotel in Victoria, British Columbia, is prominently featured in the Chung Collection. The Empress Hotel was designed by architect Francis Rattenbury in the “Chateau style” (also known as the Châteauesque style). This was an architectural style based on French Renaissance architecture common to many of the grand railway hotels.

Because the Empress Hotel is architecturally significant, it was named a National Historic Site of Canada in 1981. According to the Parks Canada Directory of Federal Heritage Designations:

The architect, Francis M. Rattenbury, followed the practice of the Canadian Pacific Railway in employing the Chateau style, identifiable by the steep slate roof and the Gothic Revival gables. Rattenbury modified this style using a symmetrical plan and flanking pavilions which give a strong vertical emphasis to the design. These elements make the Empress Hotel an important transitional building in the development of the Chateau style, which emerged as a distinctively Canadian approach to railway hotel building.

The hotel was initially built during 1904-1908. This photograph shows the site before the hotel was constructed:

CPR published a short description of Victoria, just before the hotel was completed, in their 1907 “Challenge of the Mountains” pamphlet. Note the city’s population: 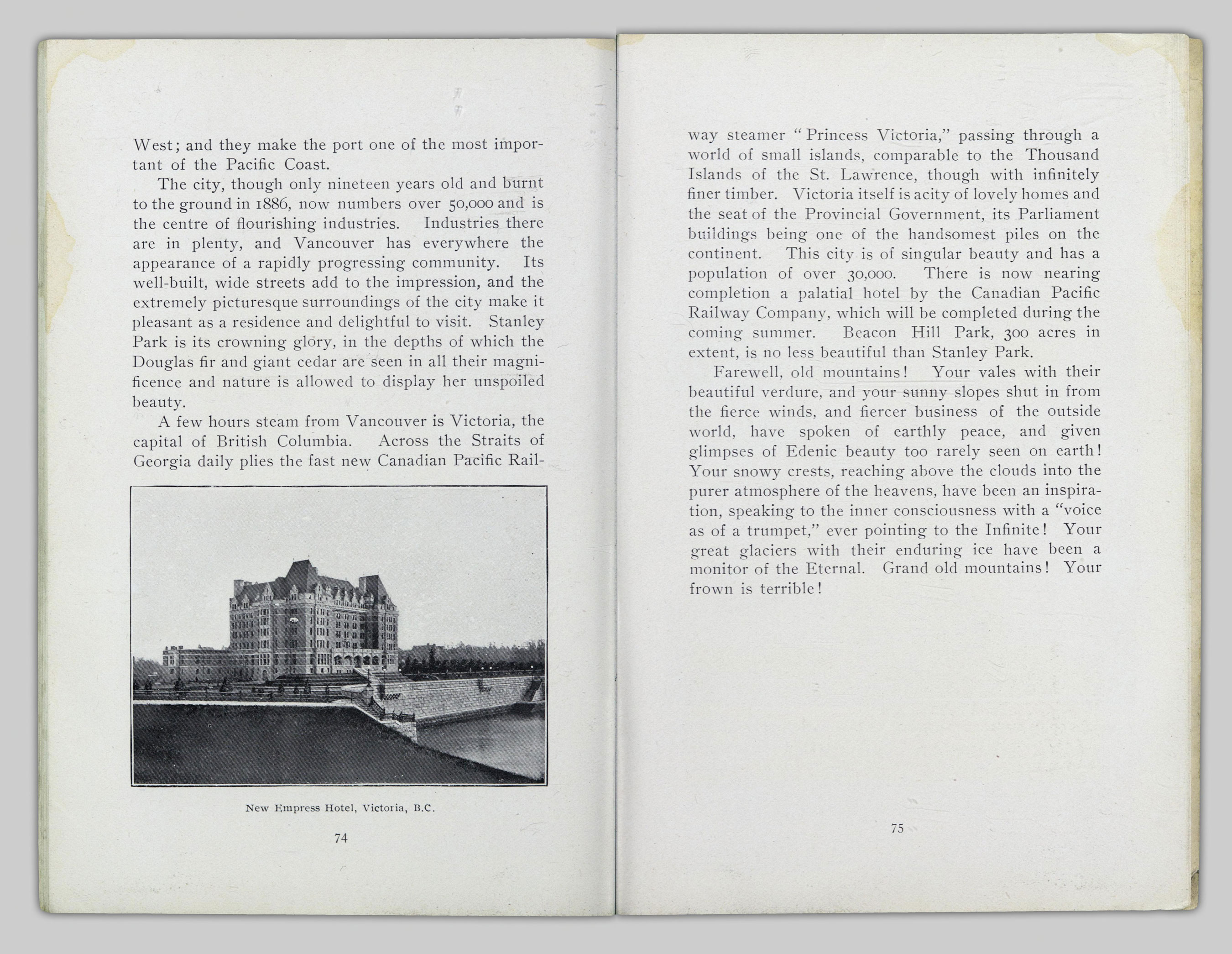 A few hours steam from Vancouver is Victoria, the capital of British Columbia. Across the Straits of Georgia daily plies the fast new Canadian Pacific Railway steamer ” Princess Victoria,” passing through a world of small islands, comparable to the Thousand Islands of the St. Lawrence, though with infinitely finer timber. Victoria itself is acity of lovely homes and the seat of the Provincial Government, its Parliament buildings being one of the handsomest piles on the continent. This city is of singular beauty and has a population of over 30,000. There is now nearing completion a palatial hotel by the Canadian Pacific Railway Company, which will be completed during the coming summer. Beacon Hill Park, 300 acres in extent, is no less beautiful than Stanley Park.

Additional photographs can be found in other CPR publications from around the same time: 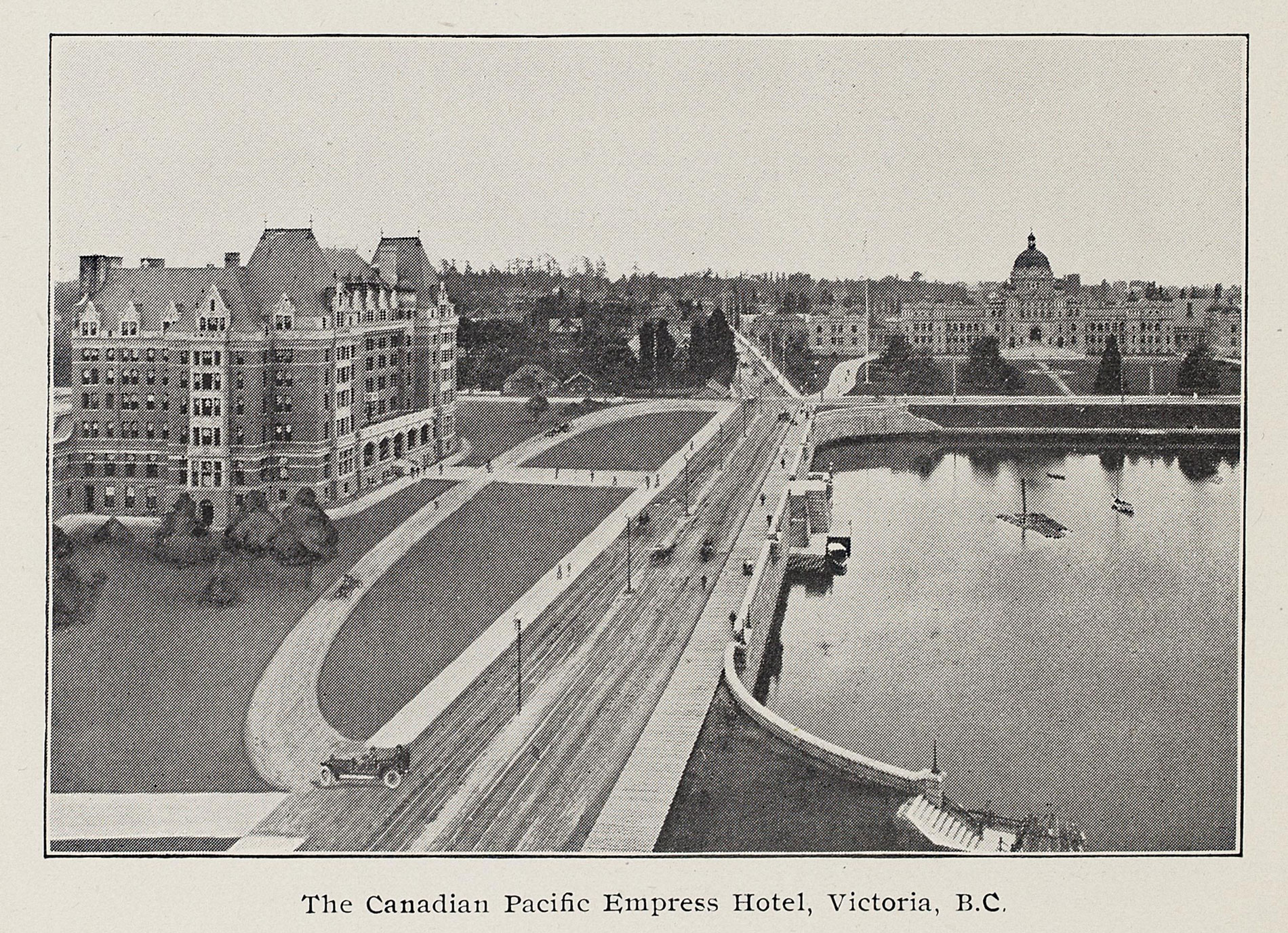 Travelers could reach Victoria by using Canadian Pacific Steamships’ Triangle Service, which connected Victoria, Vancouver, and Seattle. This pamphlet includes deck plans for the steamships, a map of the route, and other details: 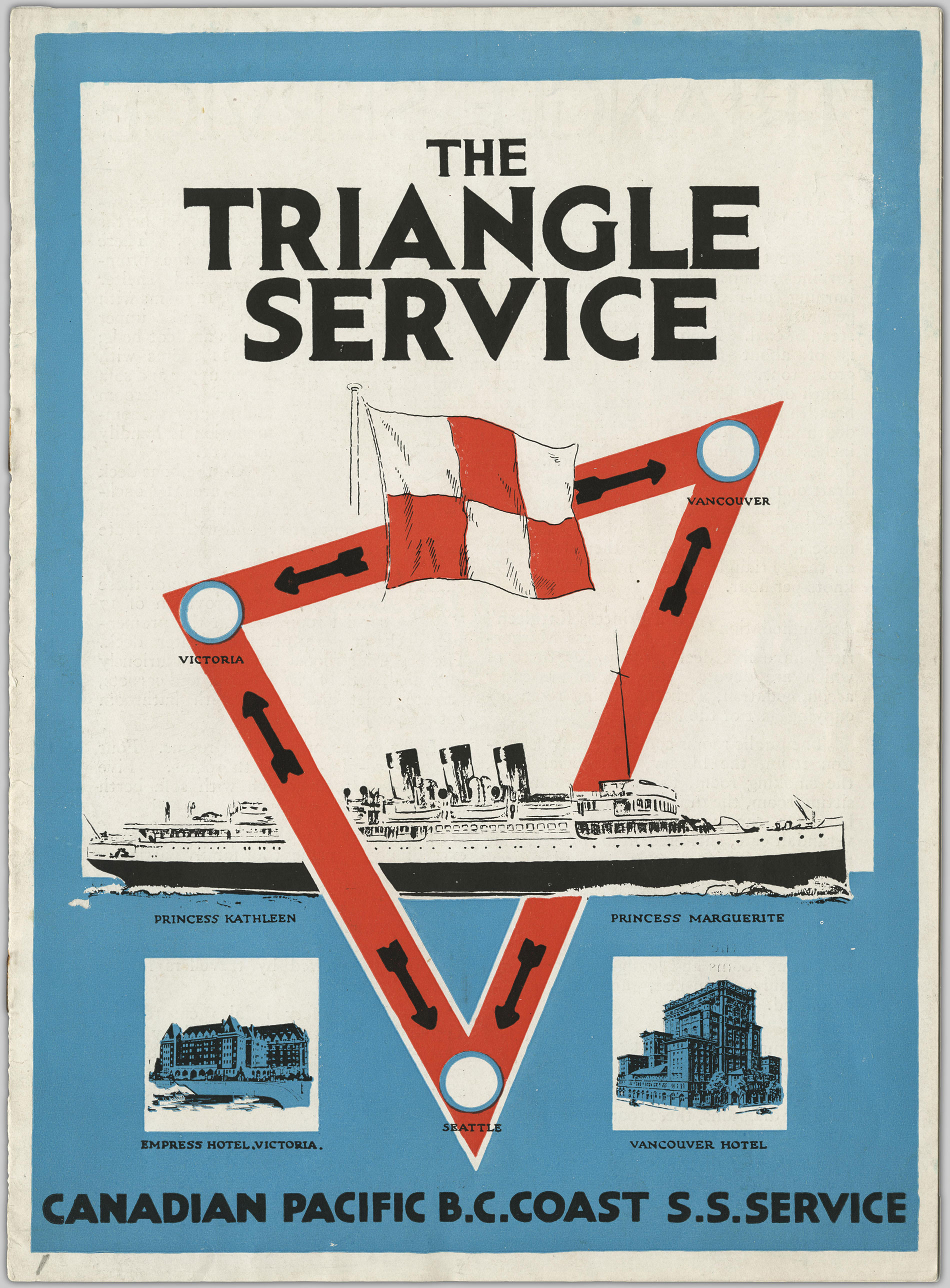 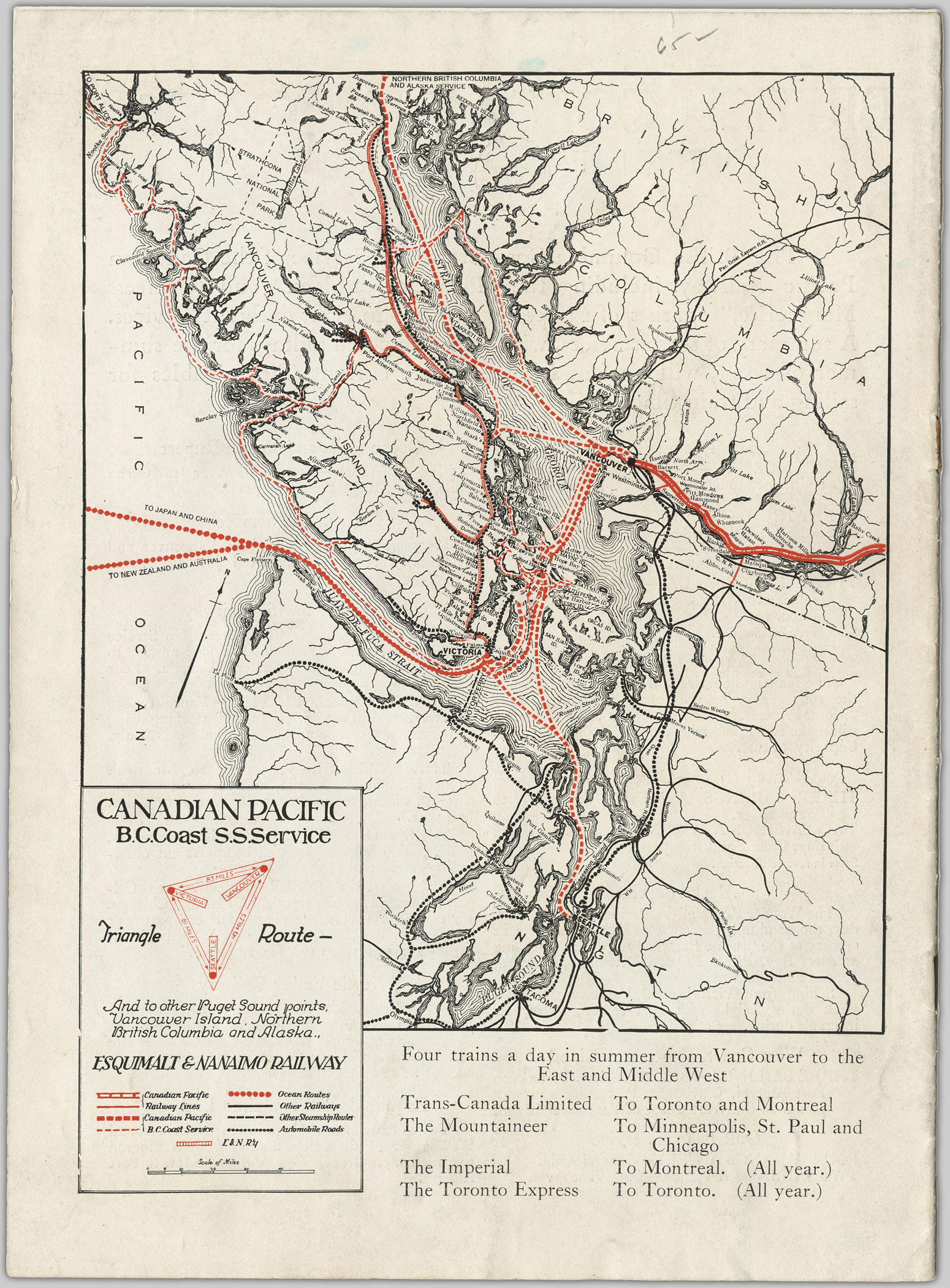 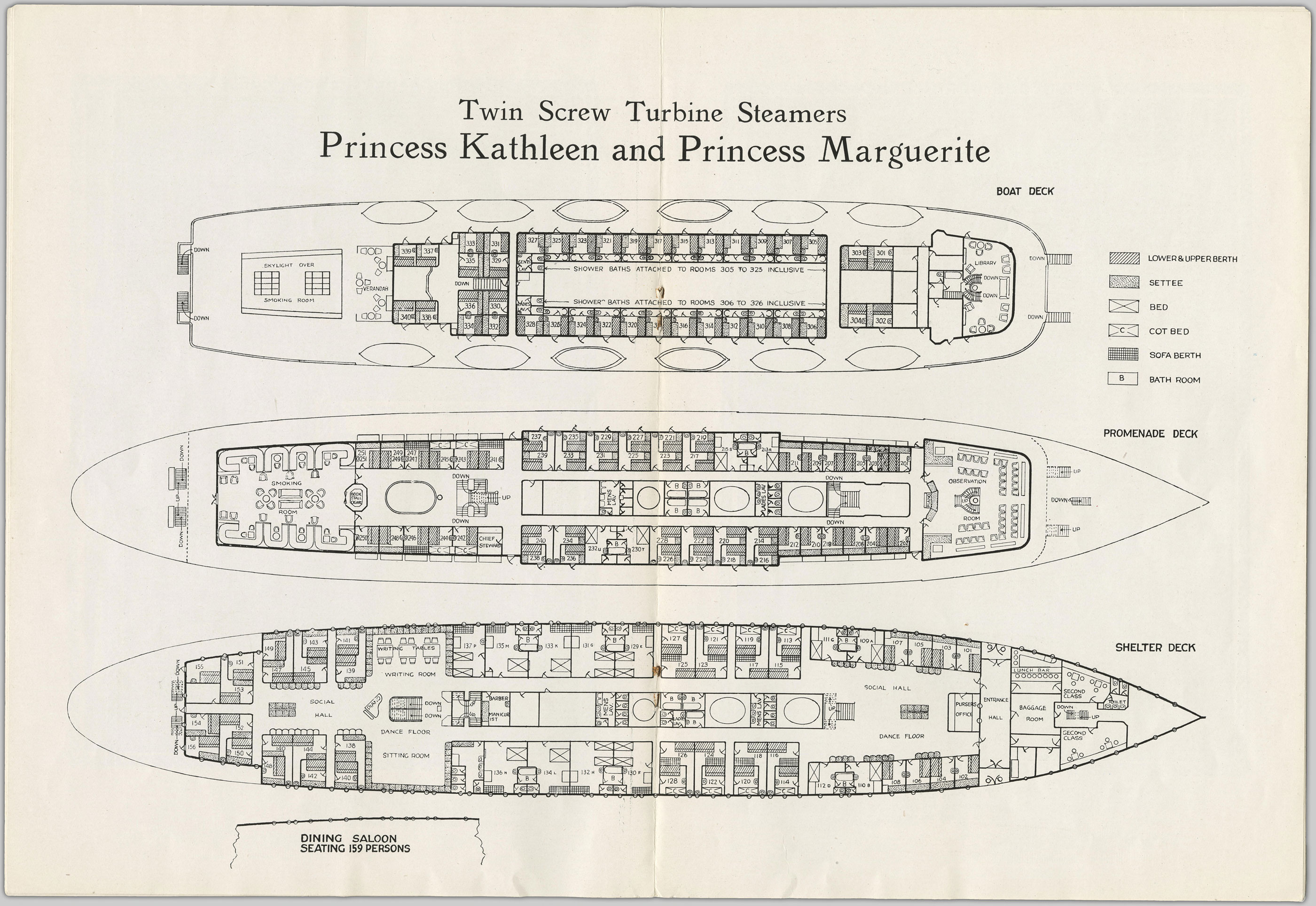 The Triangle Service operated until the early 1960s, when BC Ferries became the transportation mode of choice for Victoria-Vancouver travel.

After arriving at the Empress Hotel, guests could take advantage of the hotel’s many amenities and Victoria’s ample activities, including “motoring, yachting, sea and stream fishing, shooting and all-year golf”. The nearby Crystal Garden – an indoor conservatory and swimming pool – was also a popular destination. 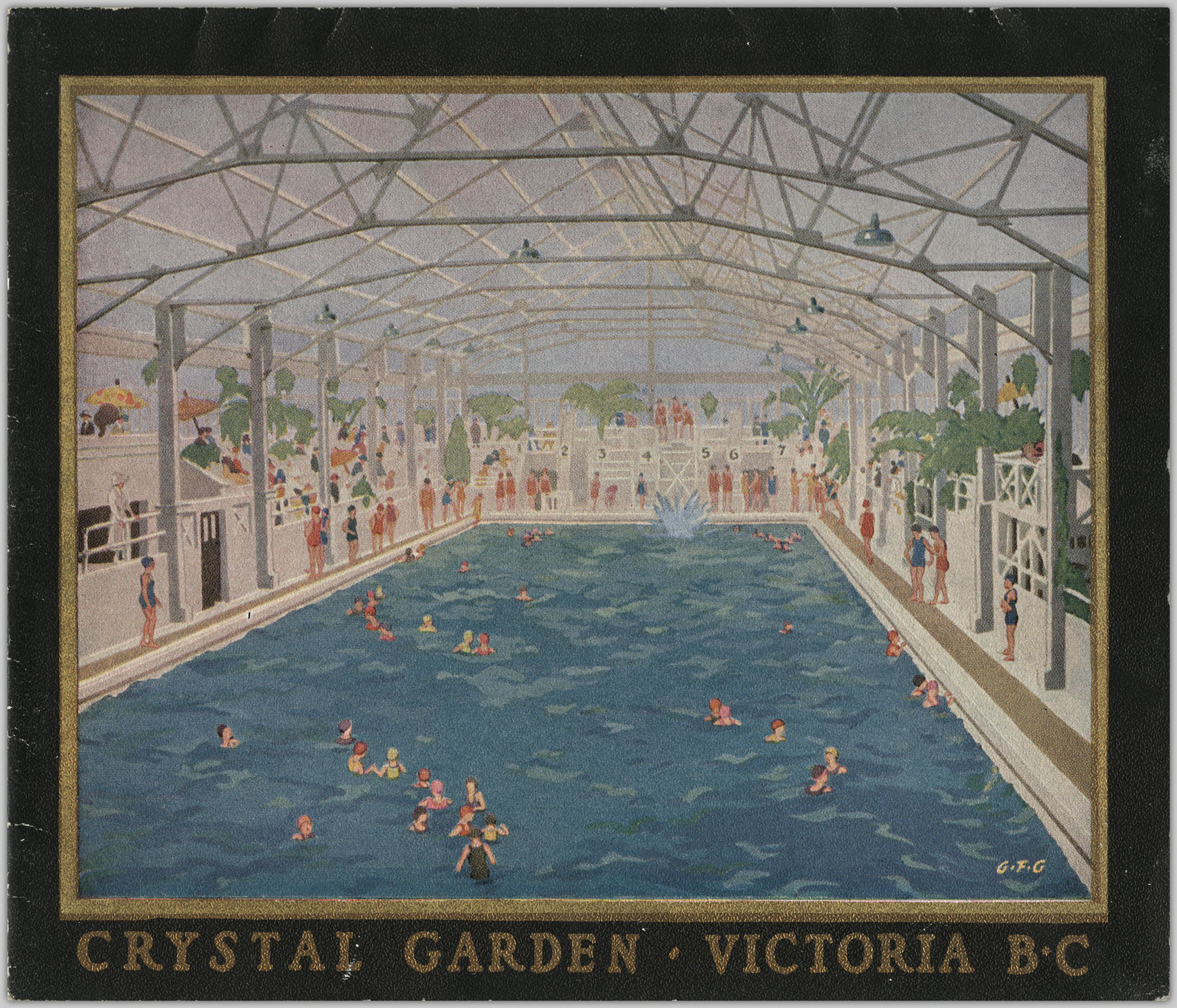 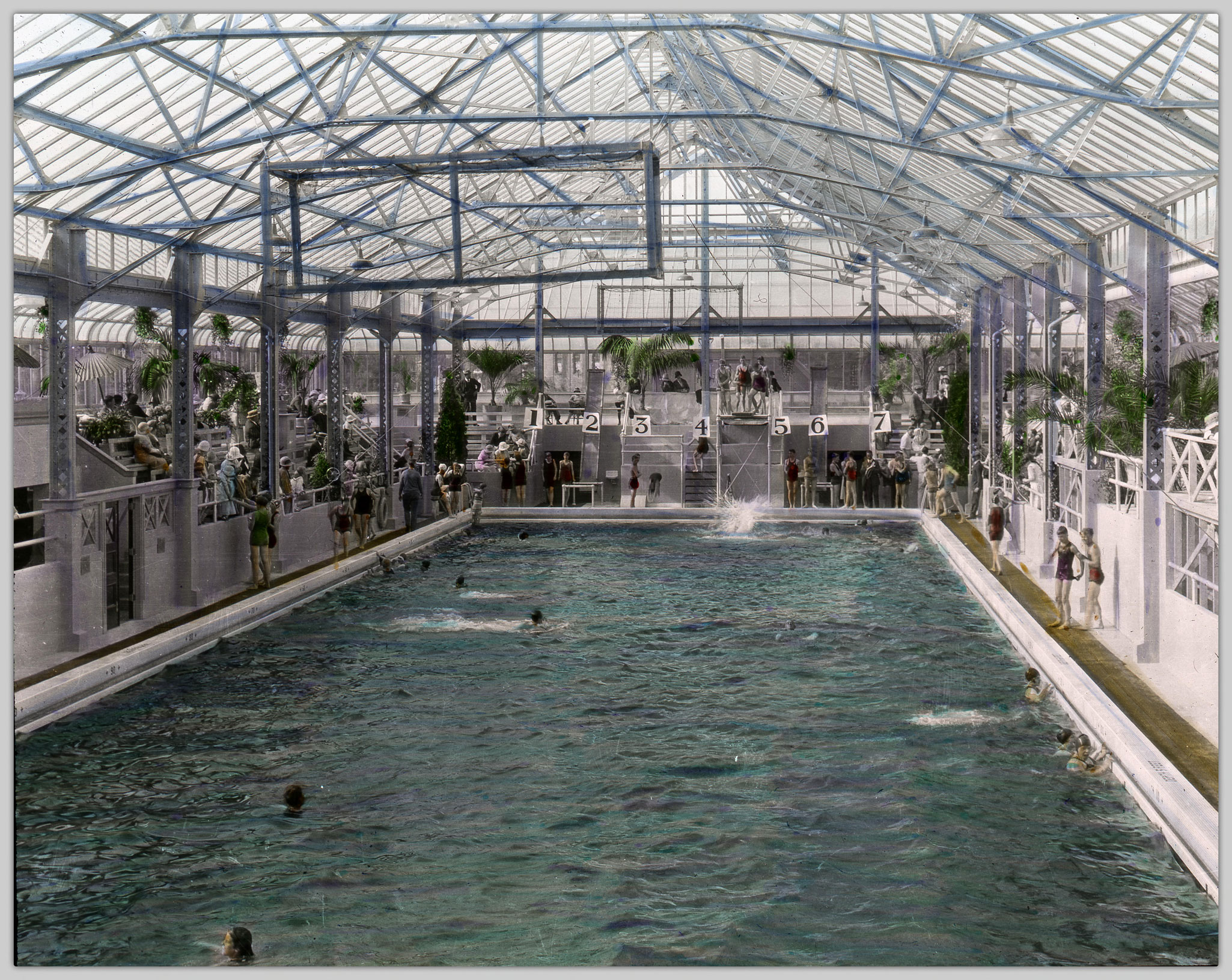 The Crystal Garden still exists today as an event space within the Victoria Conference Centre.

If you’re curious to know what visiting the Empress Hotel was like in the past, you can explore menus, pamphlets, and other ephemera produced by the hotel. Here are a few of our favorites.

This 1929 pamphlet includes photographs of the interior, floor plans of the hotel, and more: 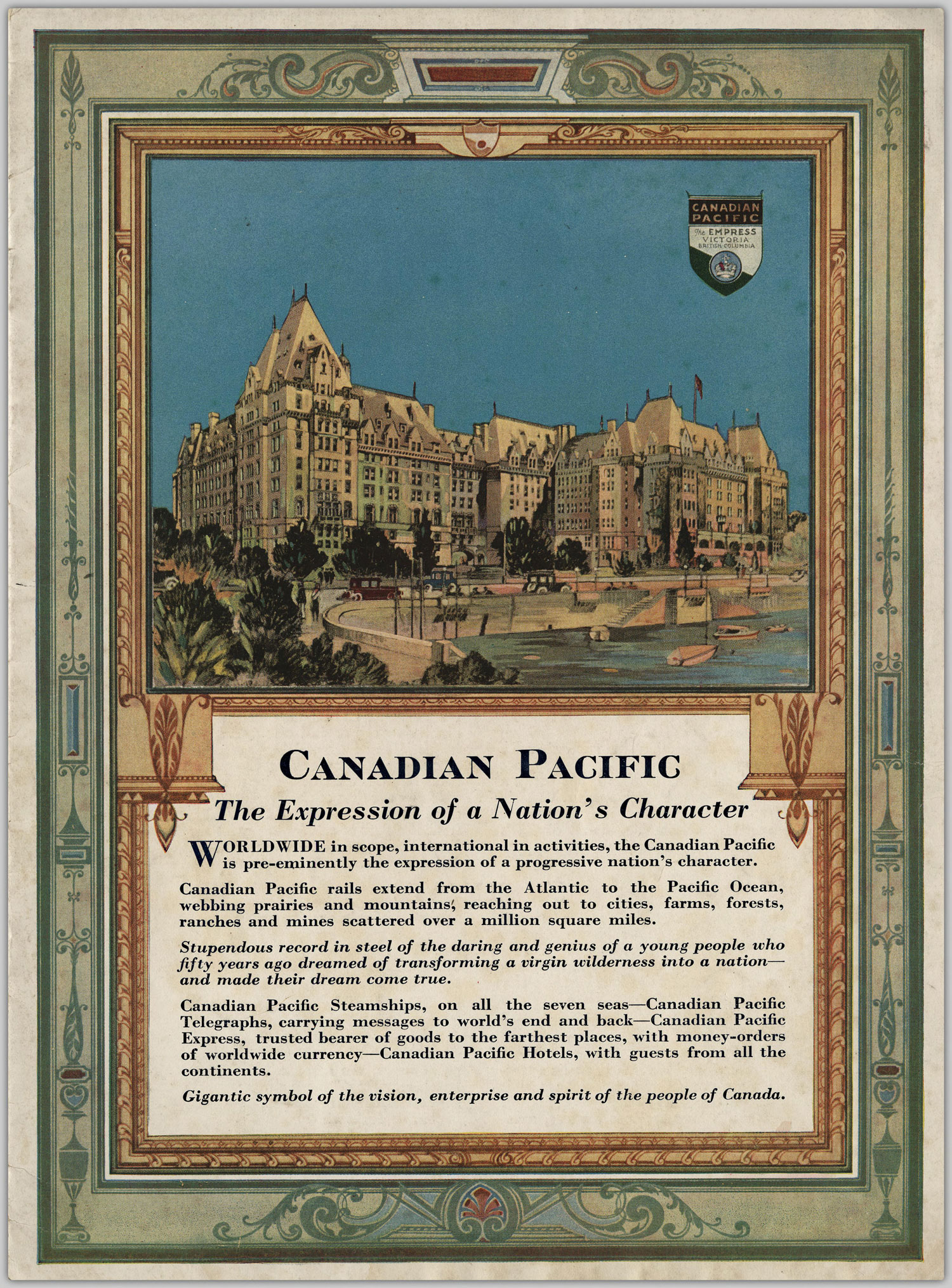 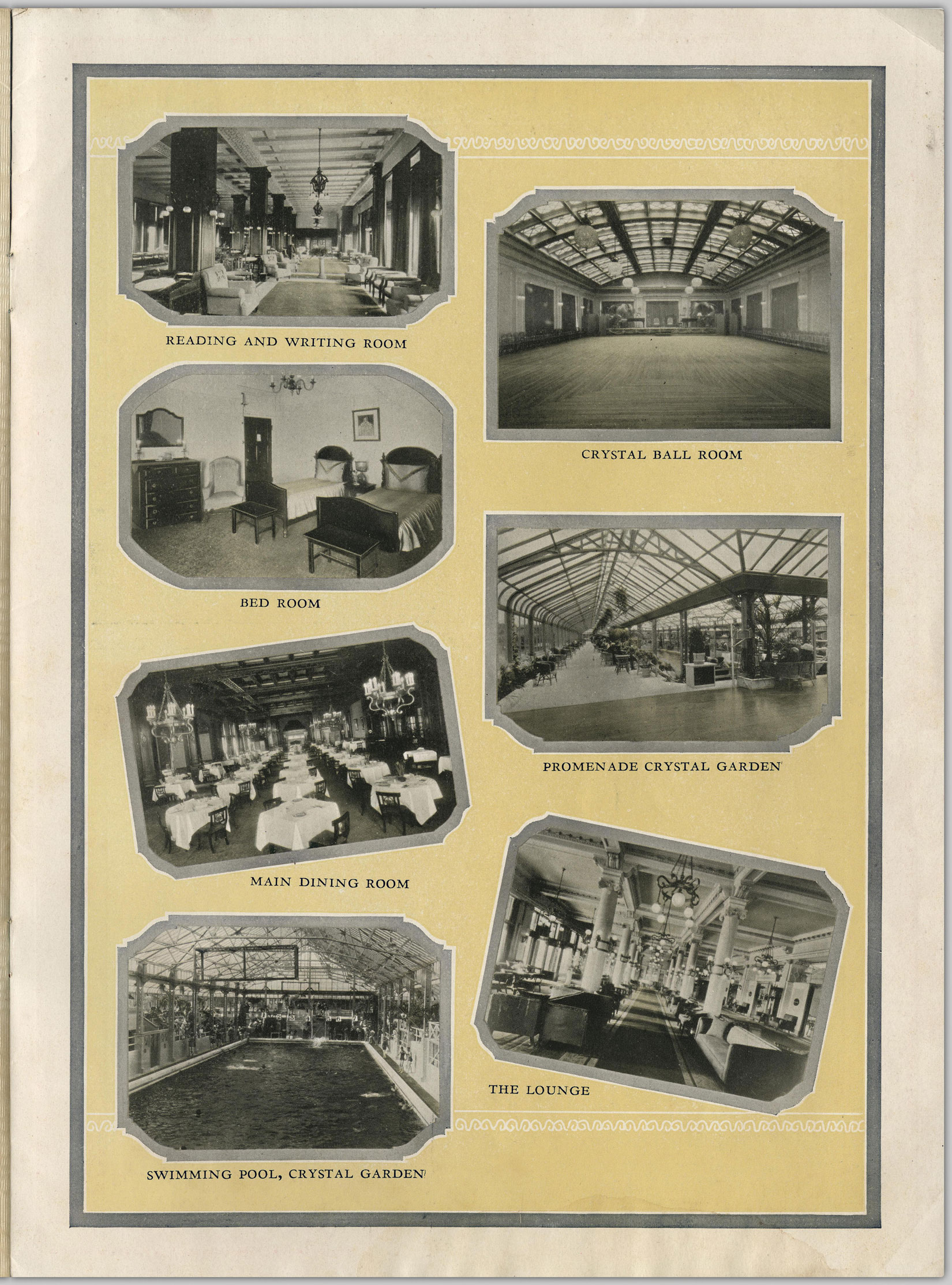 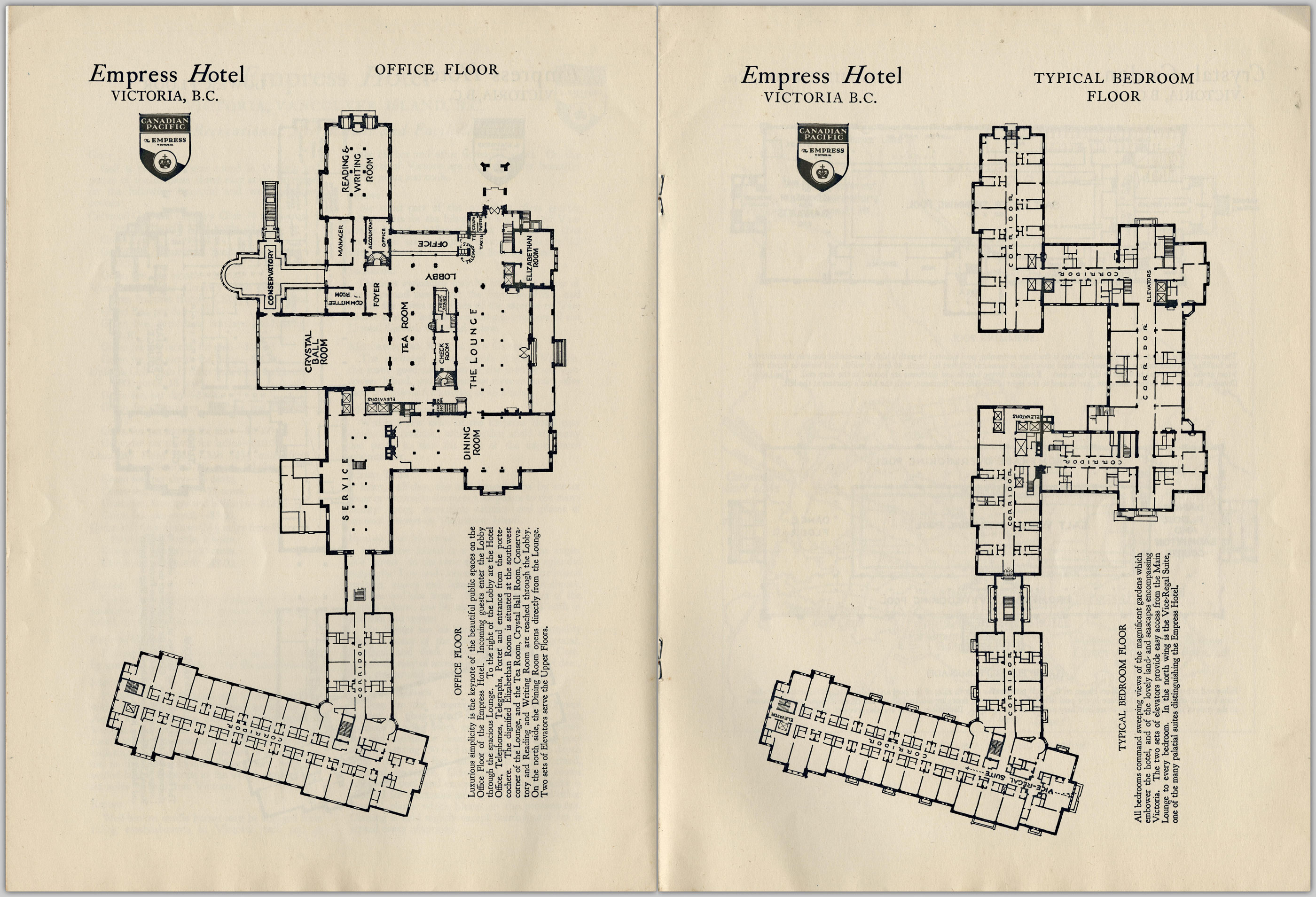 Wondering what it used to cost to stay at the Empress? This 1939 pamphlet shows rates for the different rooms: 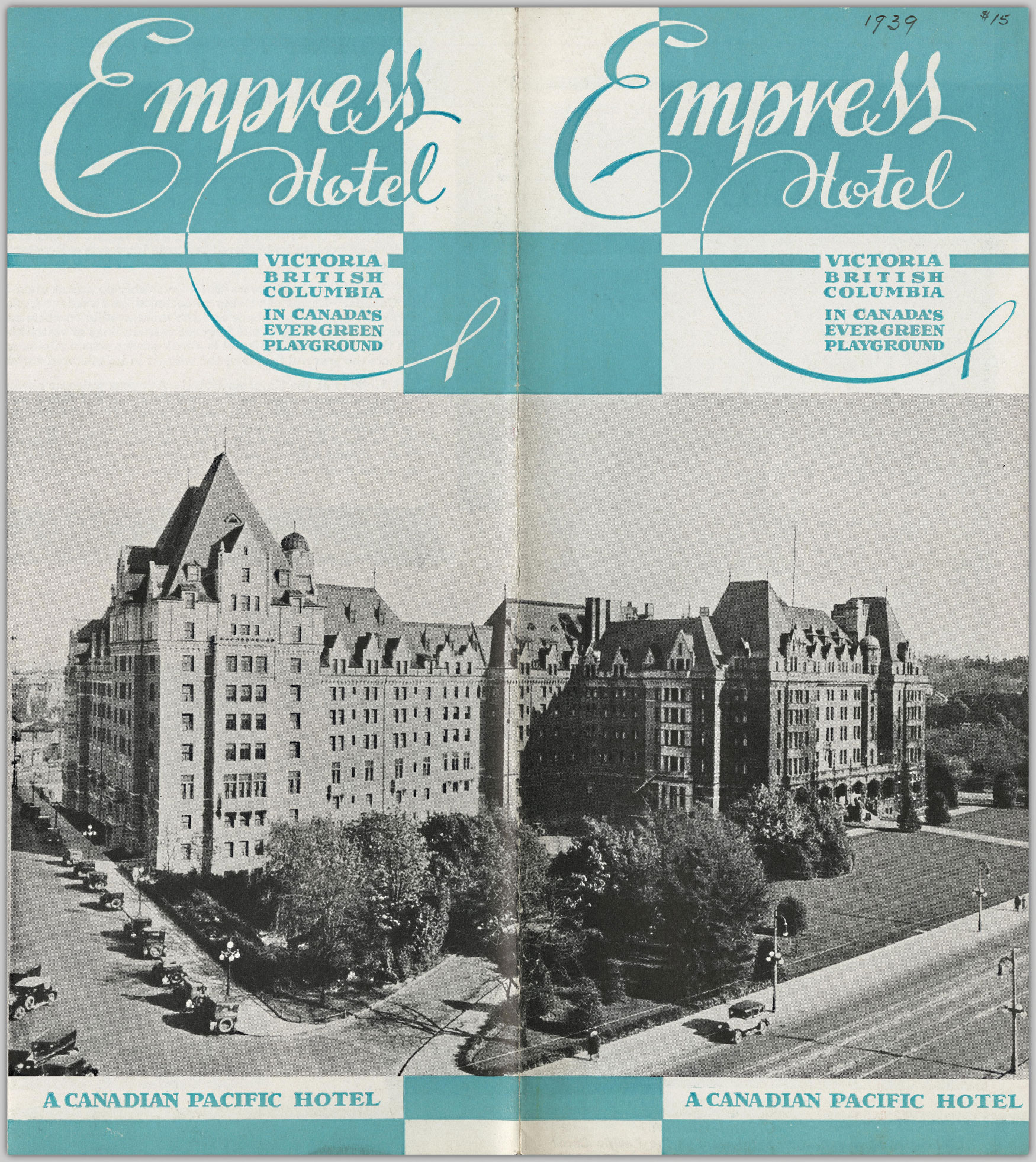 Here’s the hotel coffee shop menu from sometime after 1940: 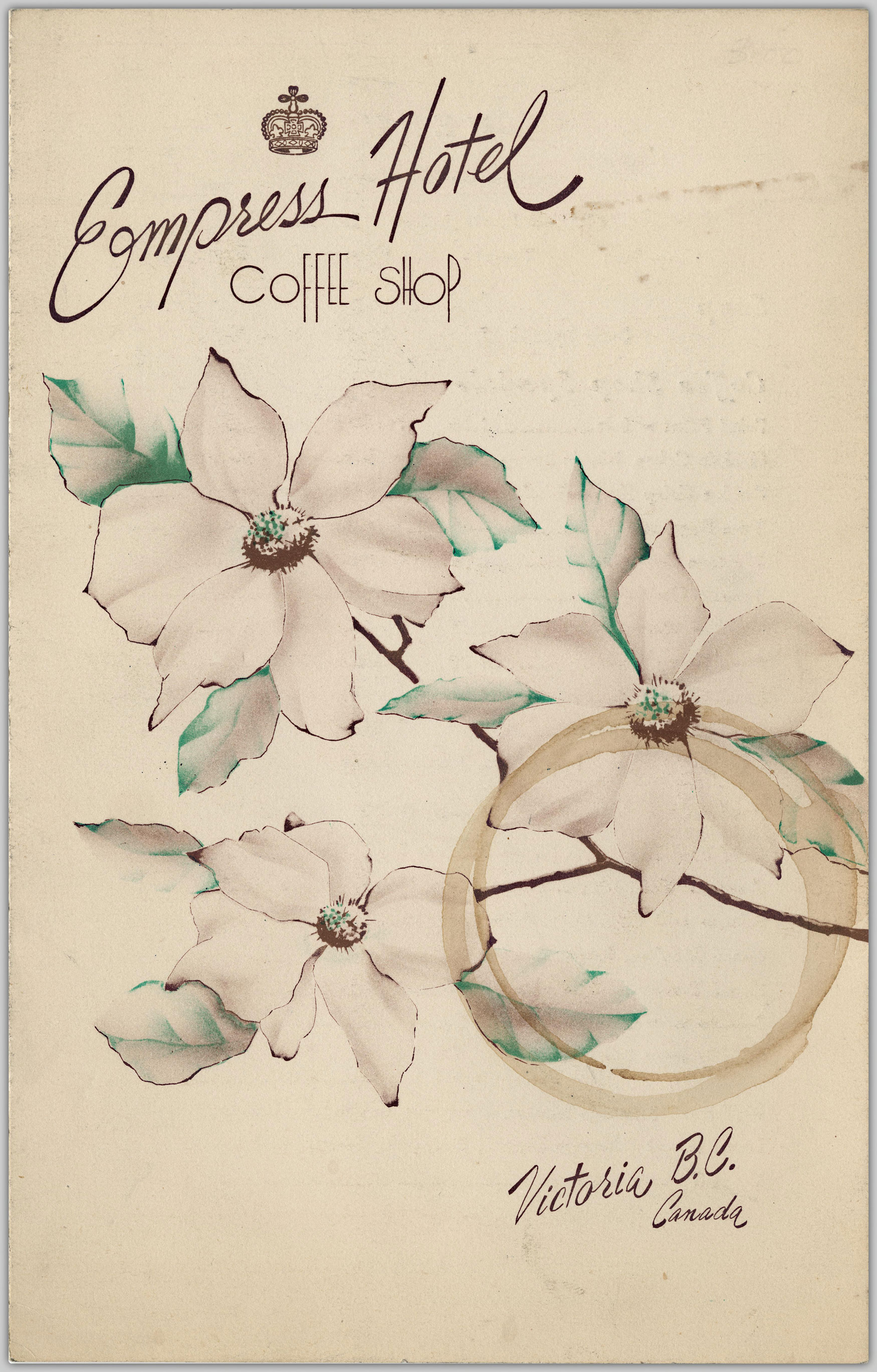 Trifold menu from the Empress Hotel Coffee Shop, [not before 1940]. 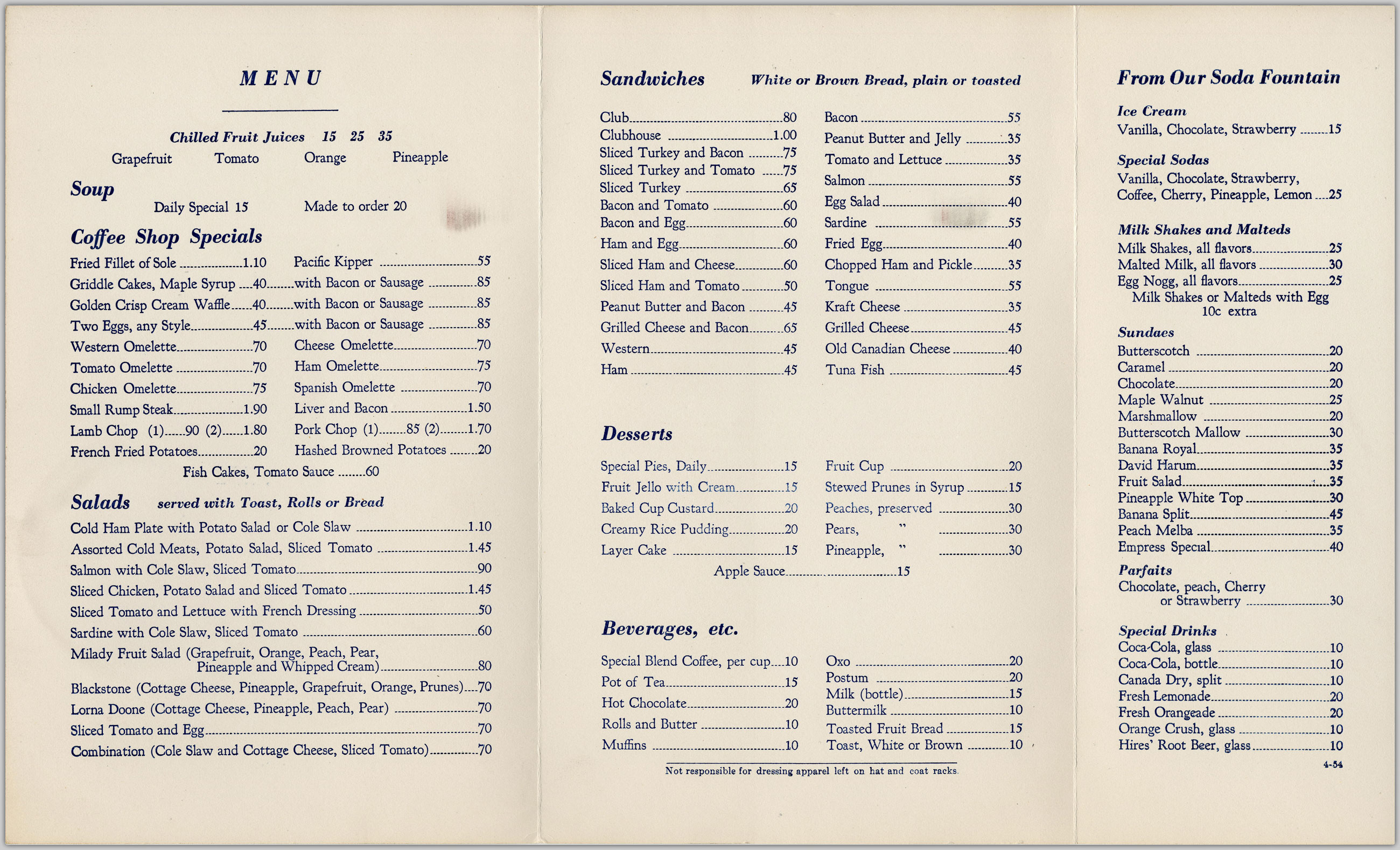 This room service menu and directory includes this fun listing, “The ABC’s of the Empress”: 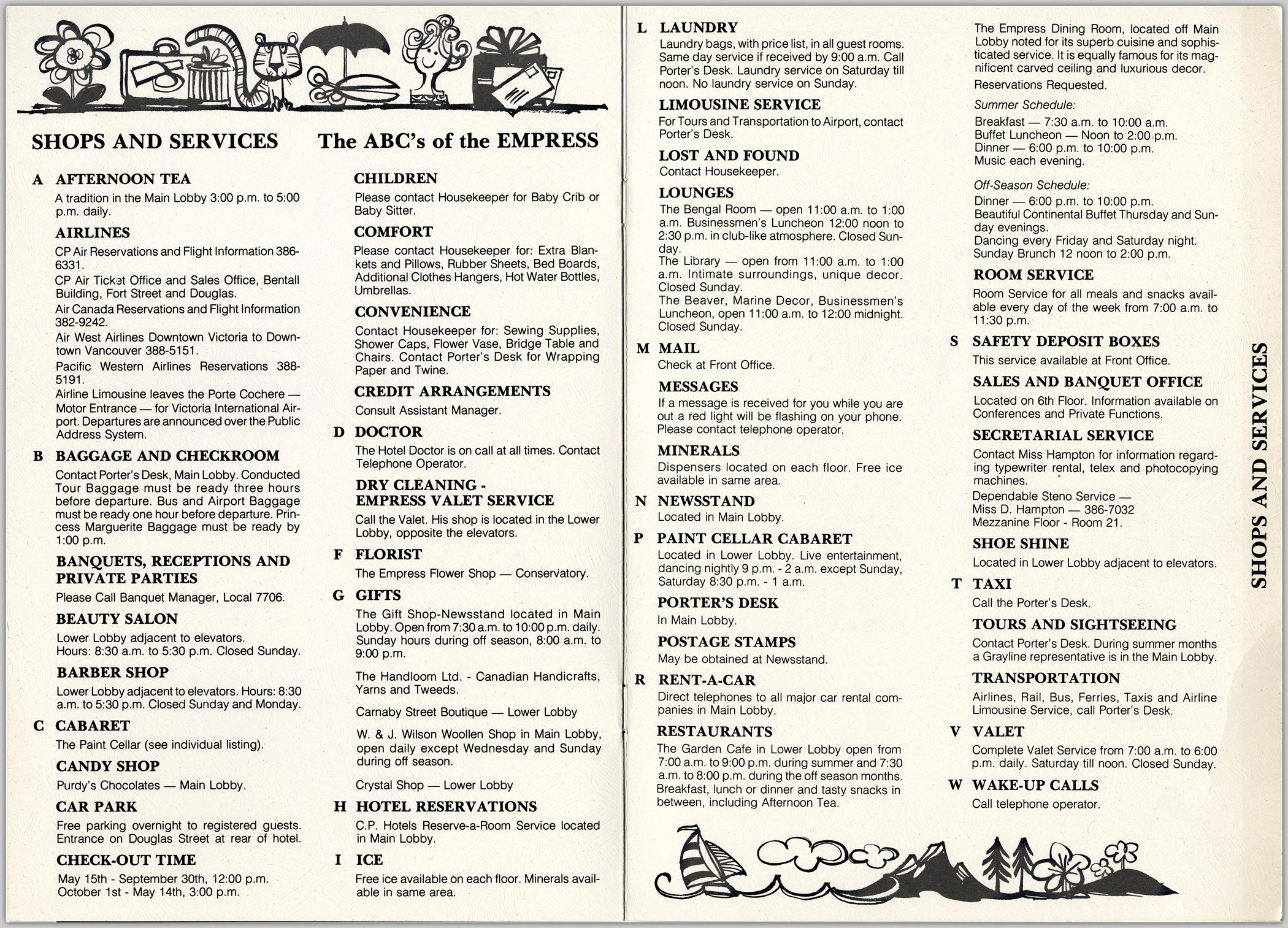 Finally, this Canadian Pacific Hotels pamphlet from 1962 includes a colour photograph of the Empress:

You can explore many more Empress Hotel materials by searching within the Chung Collection.  Find something exciting? Let us know in the comments!