Historical newspapers are a useful source of information for understanding social and cultural trends during specific times. In the BC Historical Newspapers collection, we have digitized more than 53,000 newspaper issues from around the province, dating from 1859 to 1995. In this post, we compile a few advertisements from the collection dating from the First World War.

The Wrigley’s company placed several advertisements for its gum in The Daily News and The Cranbrook Herald. These ads encourage people to have gum after every meal, and to also buy some for the soldiers on the frontline.

These Wrigley ads are from The Daily News (Nelson), originally titled “The Nelson Daily Miner”, and The Cranbrook Herald. Renamed when it was purchased by F.J. Deane in April 1902, The Daily News changed hands again in May 1908 when it began to be printed by the News Publishing Co., managed by W.G. McMorris. The Cranbrook Herald was a weekly newspaper published in Cranbrook, BC, from 1898 to 1927. 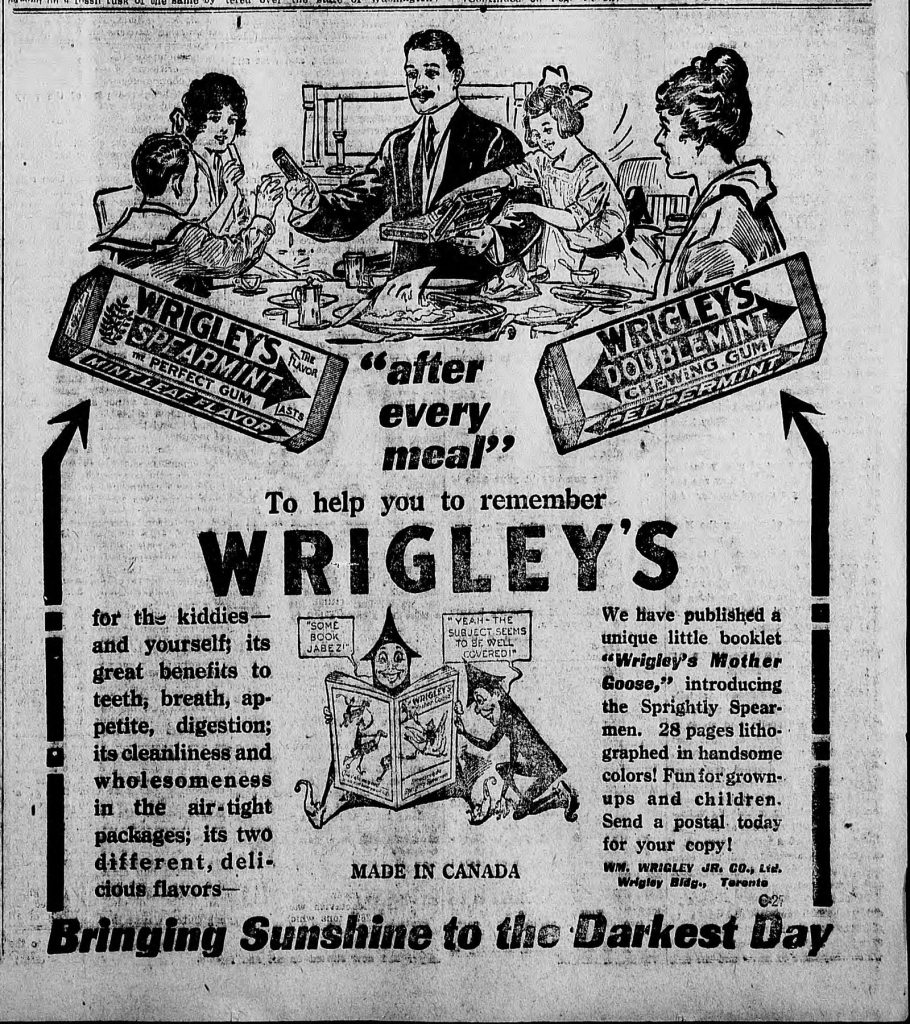 Razor manufacturers also made similar suggestions. This advertisement from The Daily News by Autostrop Safety Razor depicts a soldier writing a letter asking his friend or family to send him an Autostrop razor. 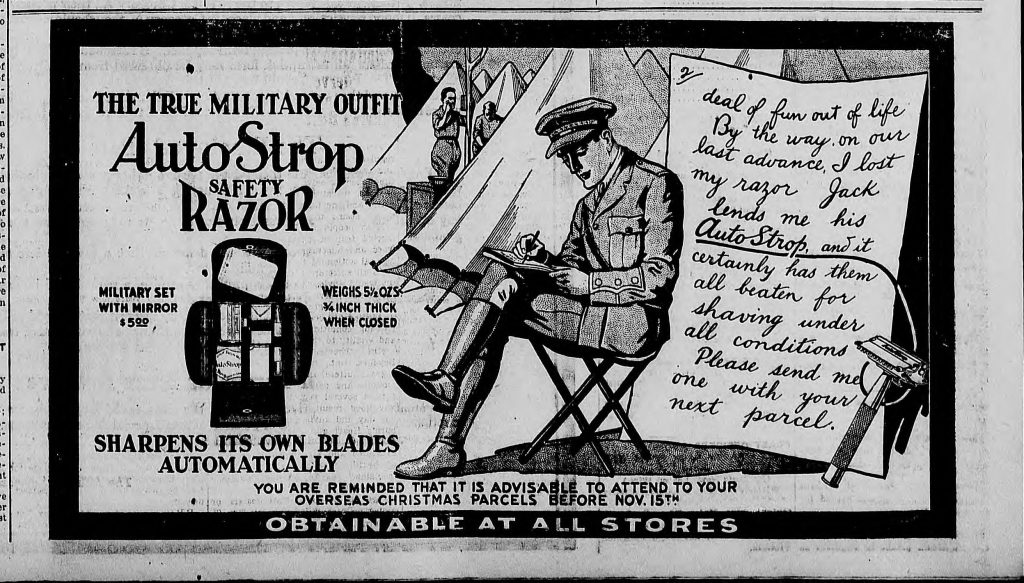 This advertisement from Gillette in The Review, a weekly newspaper published in Courtenay, BC, from 1912 to 1918, also encourages customers to send its safety razors in Christmas boxes to the front.

The Cowan Company put advertisements on The Daily News and Creston Review, boasting that its chocolate was nourishing and economical, good for both the trench and home. Creston Review was a weekly newspaper published in Creston, BC, from 1909 to 1983. 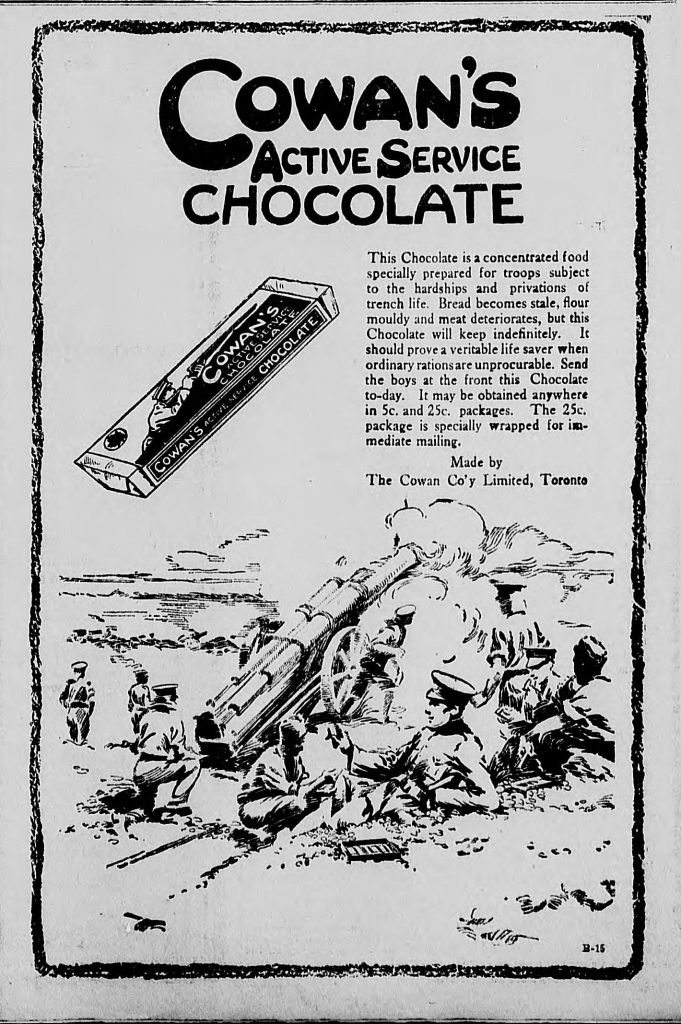 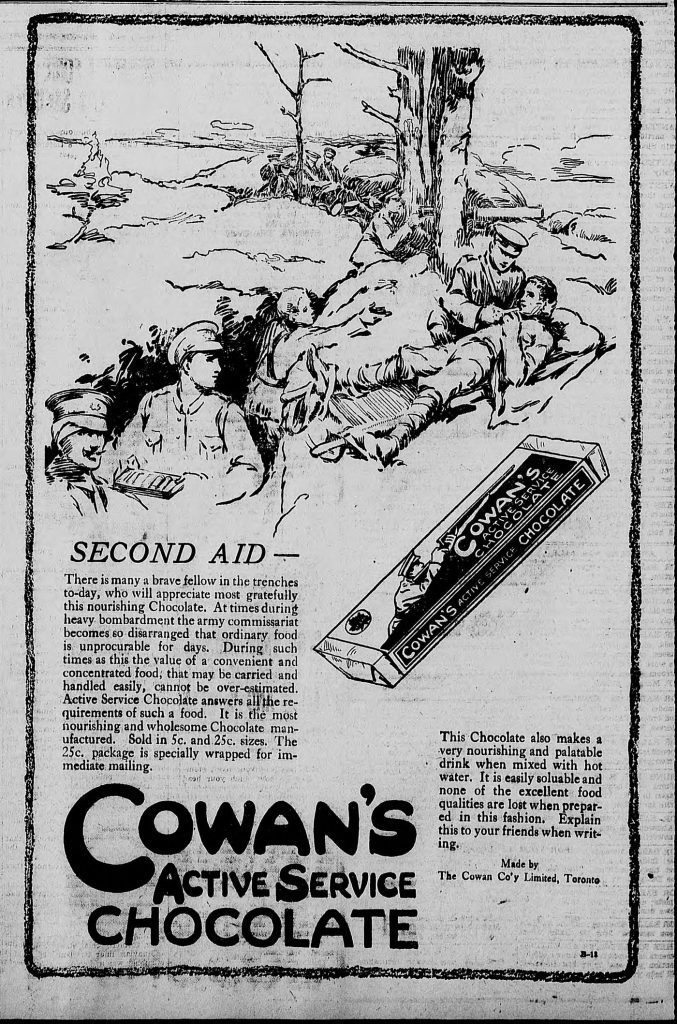 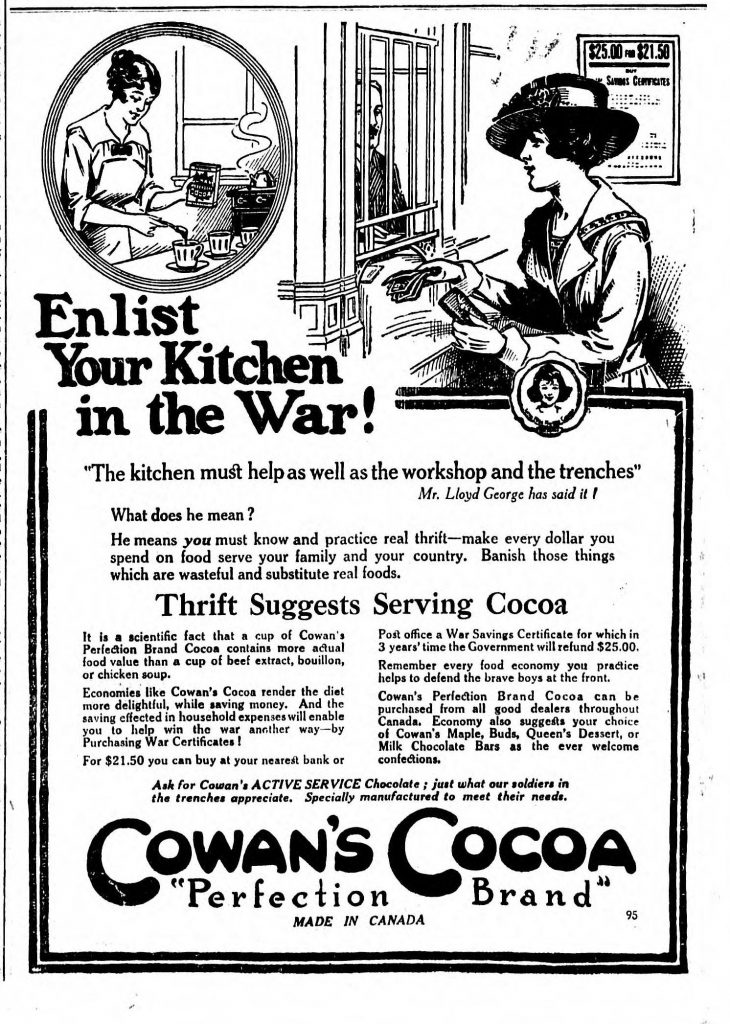 To explore more newspapers, please visit our Open Collections and search in our newspaper collections.