The Chung Collection has thousands of photographs and related material on CPR steamships with a particular emphasis on the Empress class ships. Some of the related material includes pamphlets, menus, world cruise photograph albums, clippings, diaries, and correspondence from both passengers and employees of these vessels.

In this two-part series, we will explore some advertisements issued by CPR steamships. To view the first part, please click here.

Here is a letter card featuring images of the SS Duchess of Richmond’s interiors. A letter card consists of a folded card with a prepaid imprinted stamp. The letter is written on the inside, and the card is then folded and sealed. 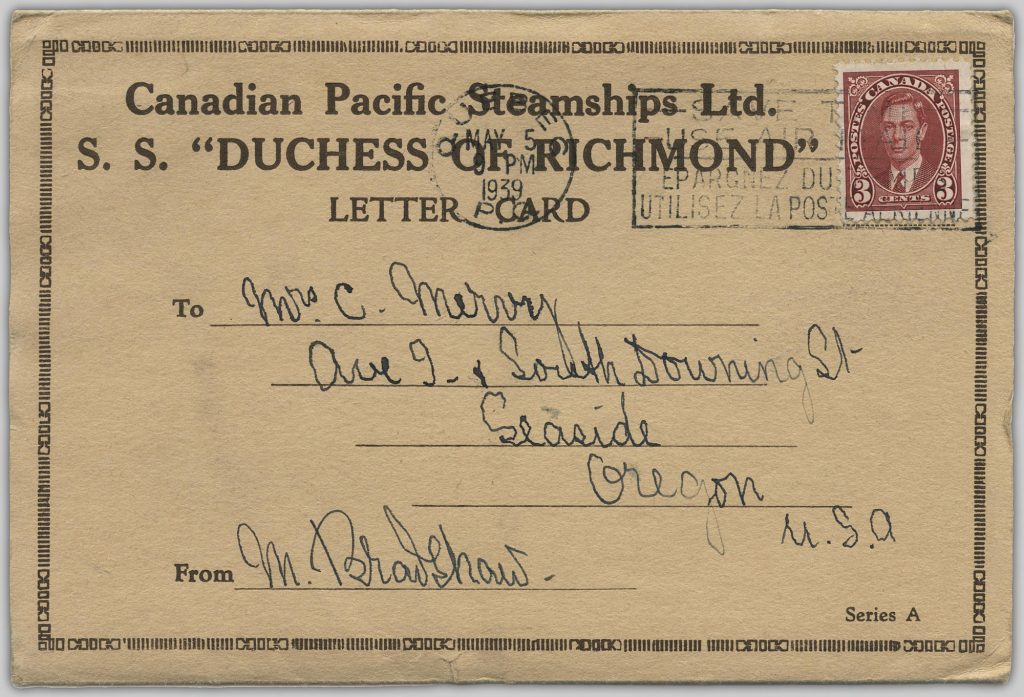 Unlike a postcard, a letter card can contain multiple photographs. The unfolded letter card of the SS Duchess of Richmond contains photos of the dining saloon, the observation lounge and drawing room, the smoking room, the shop and promenade deck entrance, and a two-berth room with bathroom adjoining.

SS Duchess of Richmond was an ocean liner built in 1928 for Canadian Pacific. In 1947 she was renamed as SS Empress of Canada (source: Great Ships). 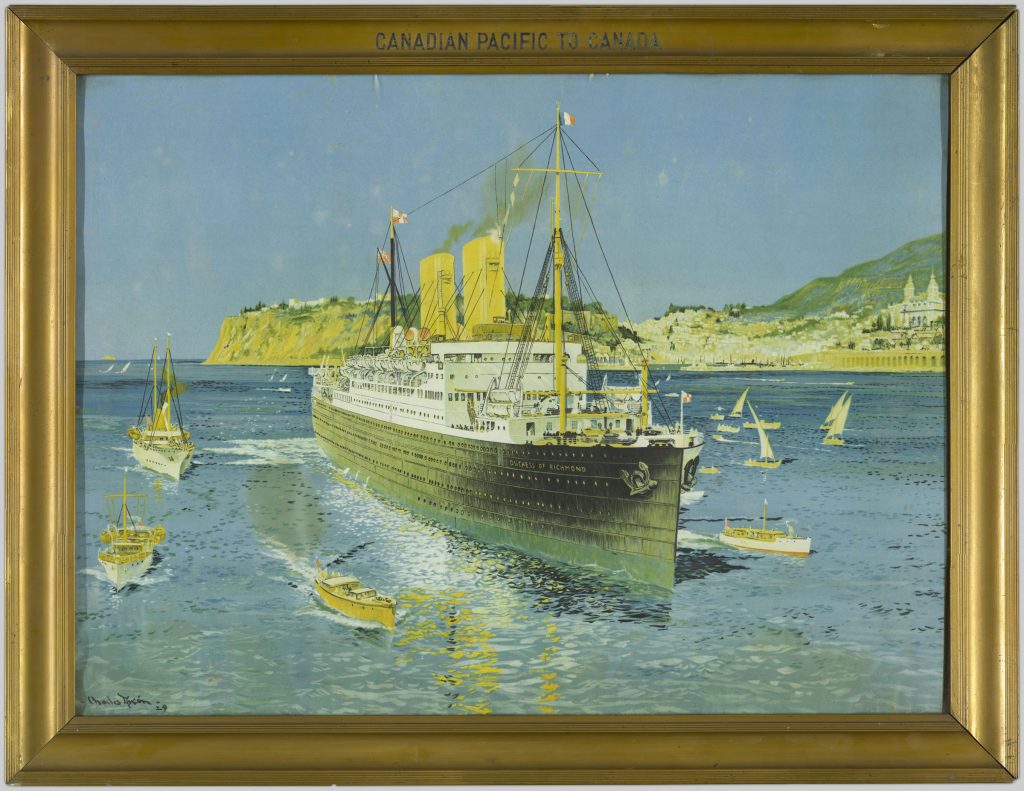 This is a booklet promoting the S.S. Melita, Minnedosa and Metagama steamships. 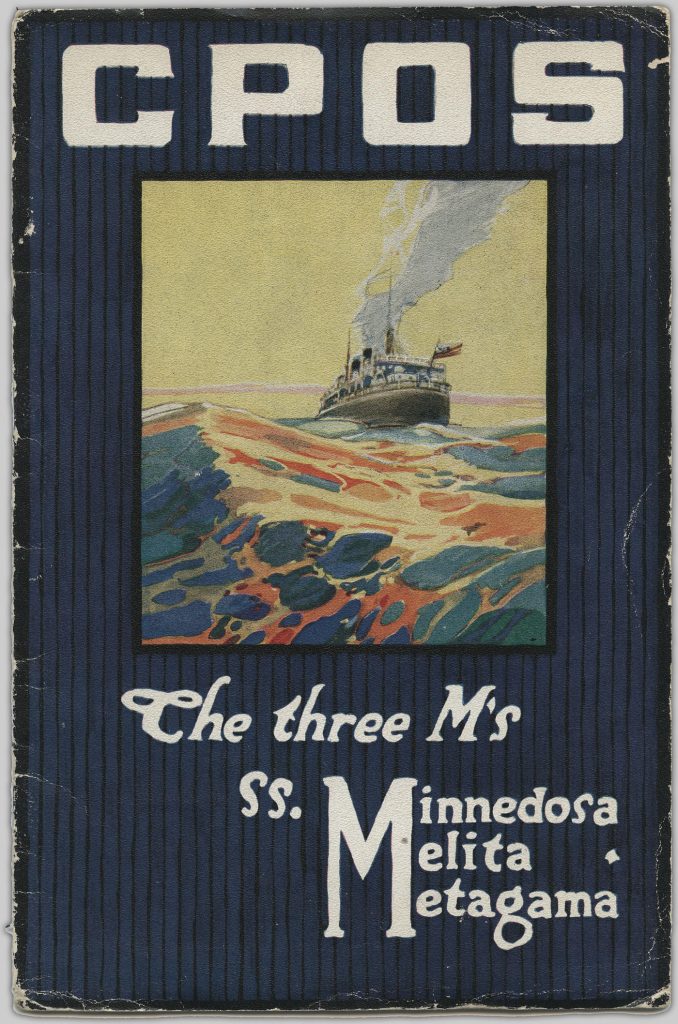 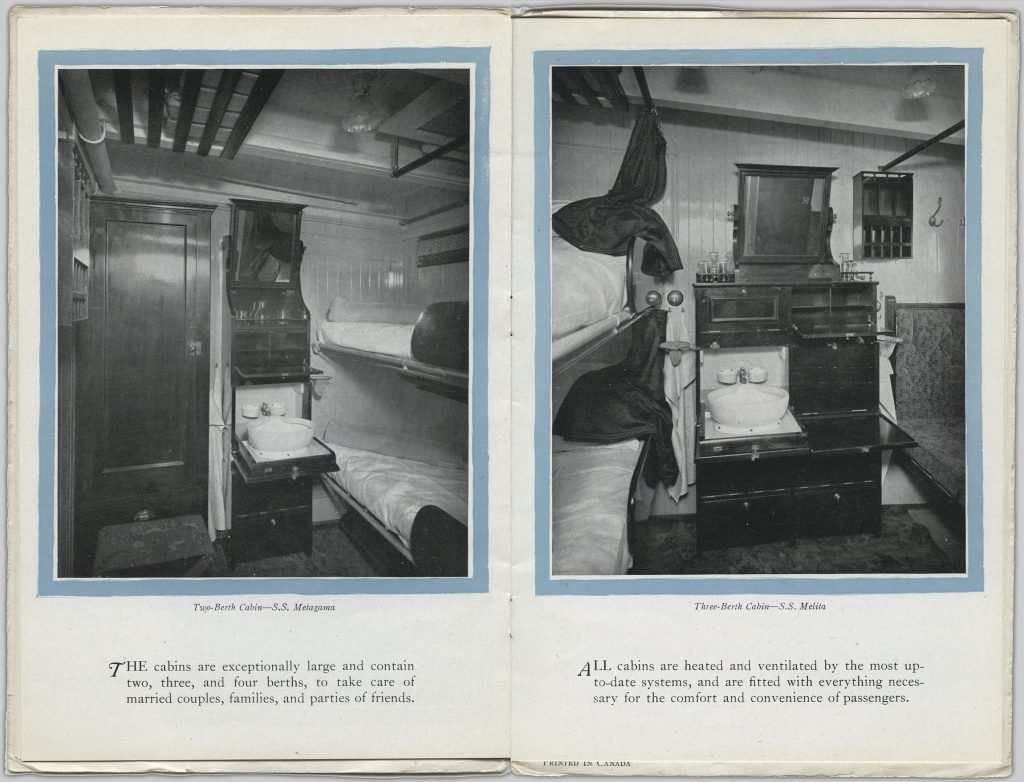 This pamphlet was issued to passengers on the Montroyal‘s 7 Sept. 1929 sailing from Southampton and Cherbourg to Quebec. 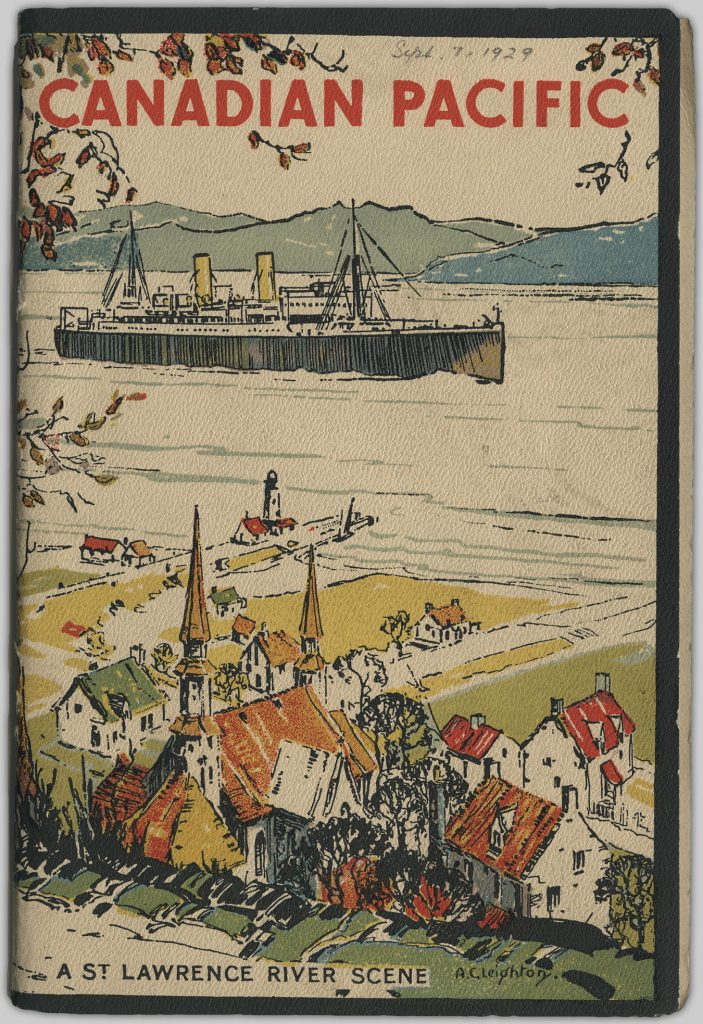 Along with railway, steamships, and hotels, the CPR also had telegraph operations and trucking operations as part of its travel system. This pamphlet provides Montroyal’s passengers detailed information about where to buy railway tickets, where to get money orders and travelers’ cheques, and where to stay, all through the CPR’s services. 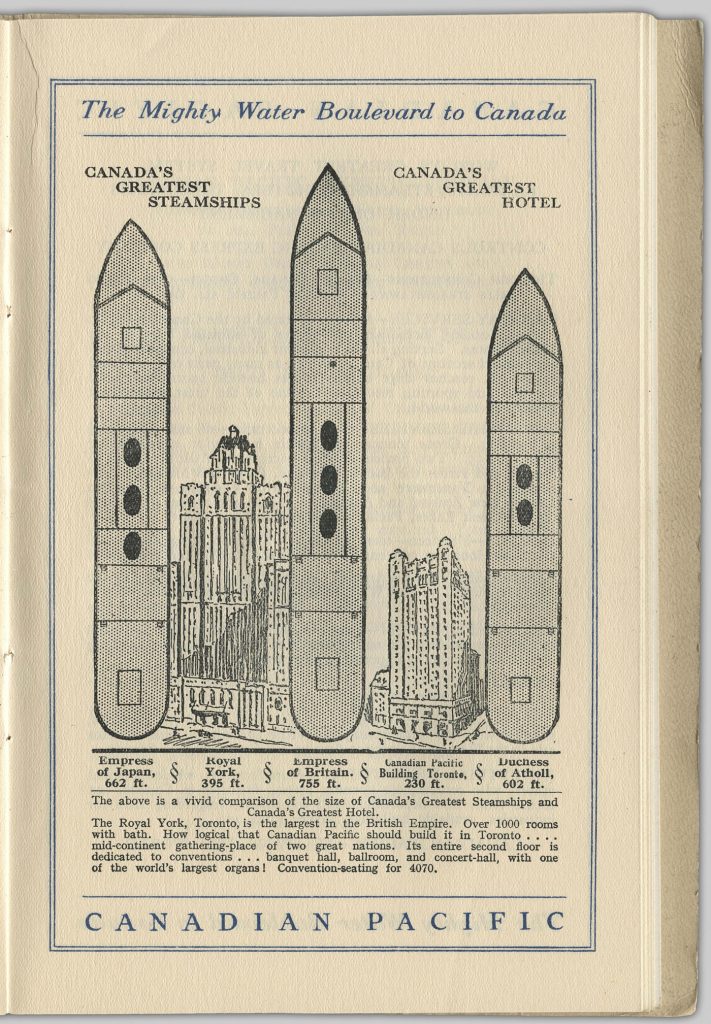 Here is an interesting comparison between the CPR steamships and buildings. The Royal York, Toronto, is a luxuy hotel built by the CPR. After its completion in 1929, it was the tallest building in Canada and the British Empire (source: Wikipedia). When the pamphlet was published in 1929, the RMS Empress of Britain was still under construction. She was launched in 1930 and became the largest, fastest, and most luxurious ship between England and Canada in her time (source: Wikipedia).

We hope you enjoyed the post. To find out more about the CPR steamships, please explore the Chung Collection!