Take a look at these letters! Most are written in cursive, and many with handwriting that is practically unintelligible today.

To transcribe the letters – hopefully making it easier to access our content – we partner with the UBC History 305 course. Each the letter is scanned and uploaded to Open Collections the students in the History 305 decode and transcribe the scanned letter for a class project. In order to match the transcript to the letter file all of the transcripts are labeled with a code of numbers eight numbers 01-01-001 –the first four digits of the number code is used to match the file name of the letter which are labled fisk_XX_XX. The last three numbers are for the pages within the letter 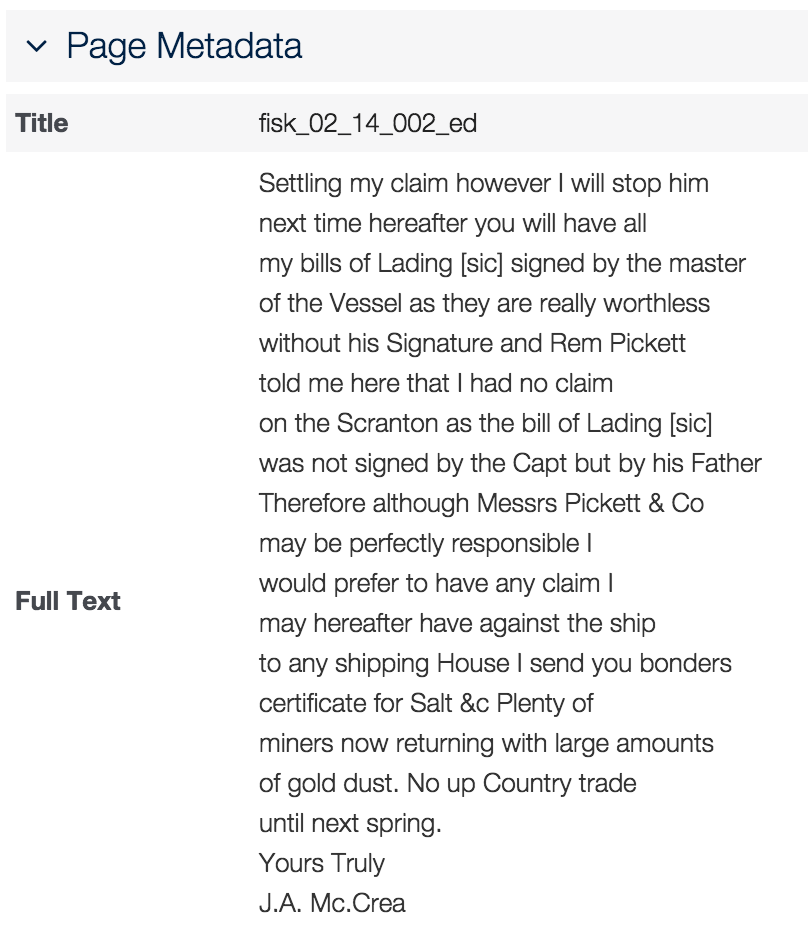 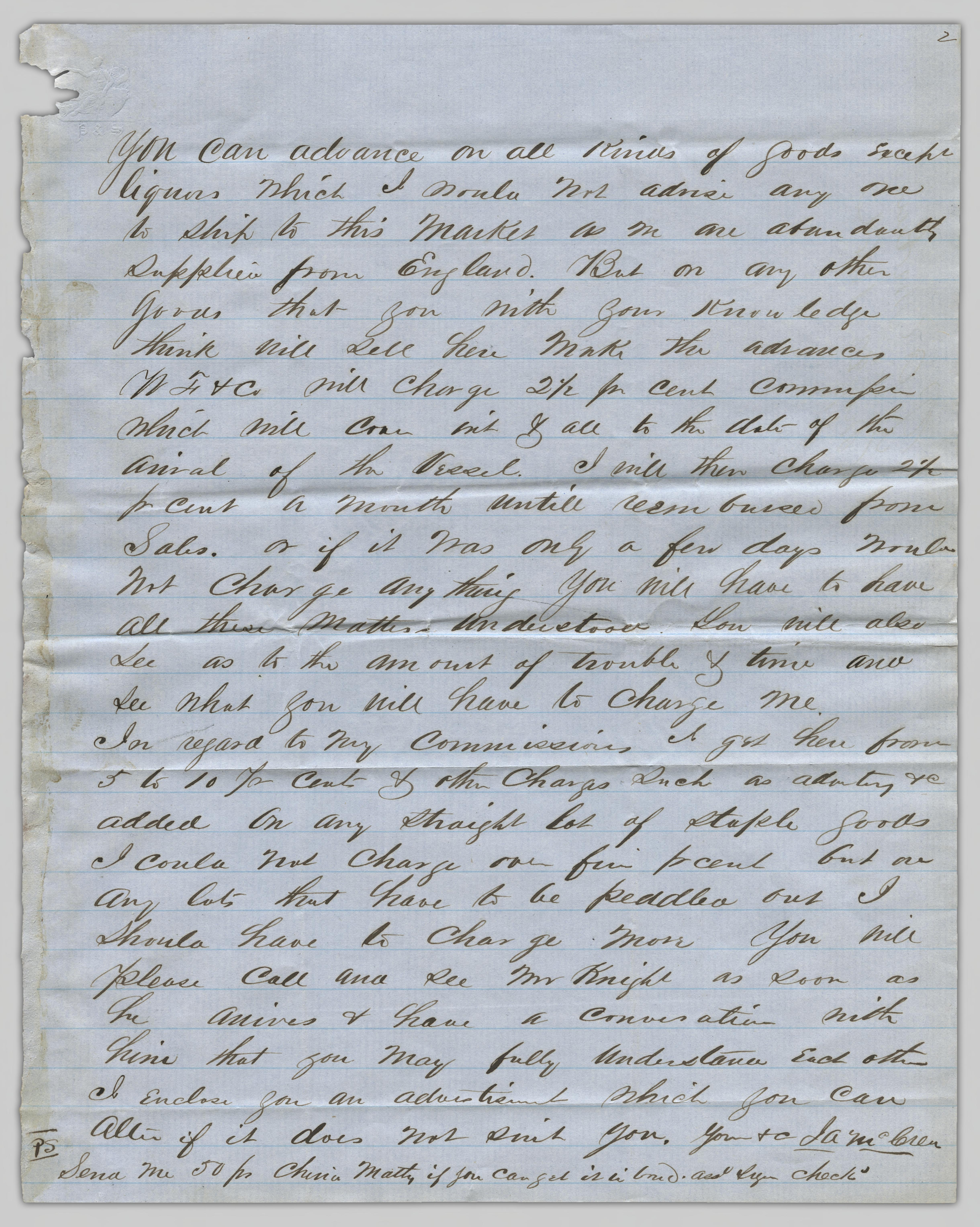 Check out the two transcribed the letters of J. A. McCrea to Royal Fisk by clicking the images.

Both of the letters in this post were written James Alexander McCrea  an upright auctioneer and merchant from Victoria.  Surprisingly he was involved in not one but two murder scandals!

(You were wondering when we’d get the murder part weren’t you?)

McCrea moved to Victoria from the southern US states in the 1850’s. You can see our letters are dated in the 1860’s. In Victoria he auctioned off materials damaged in shipping such as rope or coffee. Respected in the community he was part of the fire department and a teetotaler. In 1869, after his wife’s death, he sold out his business and moved back south to the states. That is where the trouble started. In 1870 it was reported in Victoria that McCrea had been killed in Arizona or New Mexico by an Apache tribe. The rumor was revealed later to be false in the papers– there was still hope! – at least until 1881. That was when he was shot in Deming, New Mexico. He made the mistake of asking a cowboy in a saloon “Does it pop?” about his gun. How’s that for a wild west story?

If you’d like to learn more about the fascinating lives of the Victorian Gold Rush Tradesmen check out :

See if you can find anyone else in our Royal Fisk Gold Rush Letters collection who appears in this book – then let us know.

Thanks to Carolina for her help on this article!