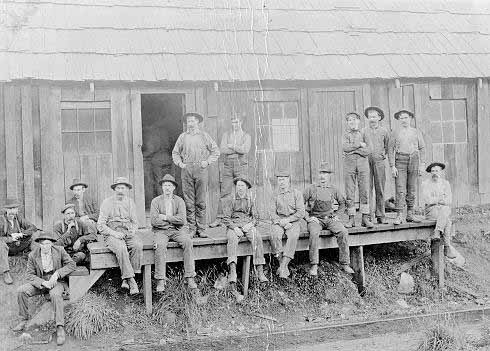 This 1903 picture of men are apparently from the Victoria Lumber and Manufacturing Co. Ltd. camp #5

British Columbia was built, in part, on the timber trade. Logging, timber, and surrounding work is something you can find in the collections at DI over and over and over again, starting from 1846 all the way to 2016. In this blog post we’re going to take a look back to when big dreams for the timber trading shaped the provence. 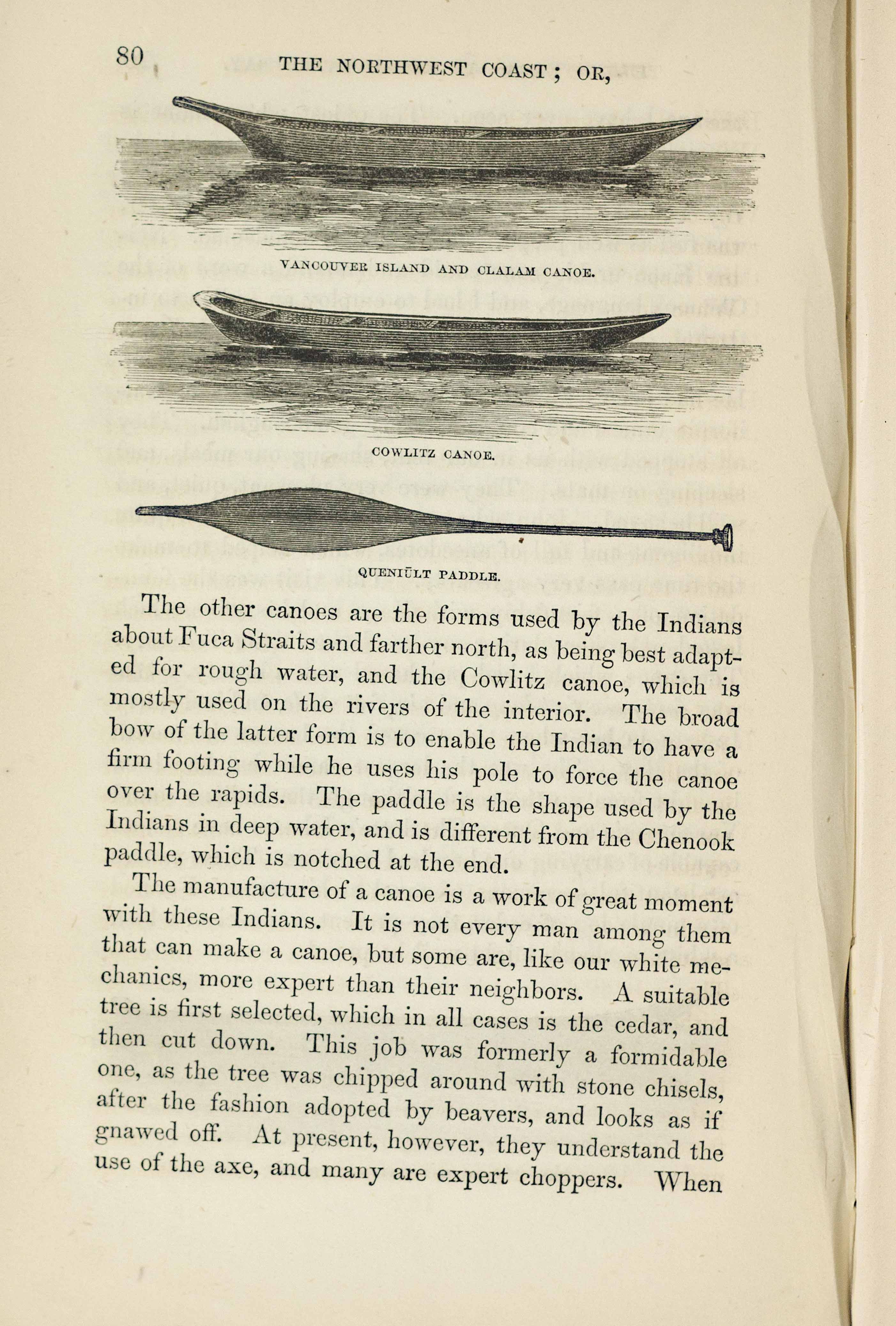 Some of the examples men wrote about when encountering the canoes of the First Nations peoples on the North West Coast.

James Cook’s men also cut logs for masts on Vancouver Island in 1778. From then on, especially in the 1820’s the massive trees, most likely Douglas firs, were used for masts on ships.

Much of the trade in Canada in the 19th century was tied to timber – it fostered devolvement and transformed the environment far more than before. The serious BC logging began with the incoming Canadian immigrants in the 1850’s. The first trees to be logged were the Douglas fir and the red cedar – which grew near the water line. Loggers built villages, roads, towns, turning the Northwest Coast into a bustling trade centre. 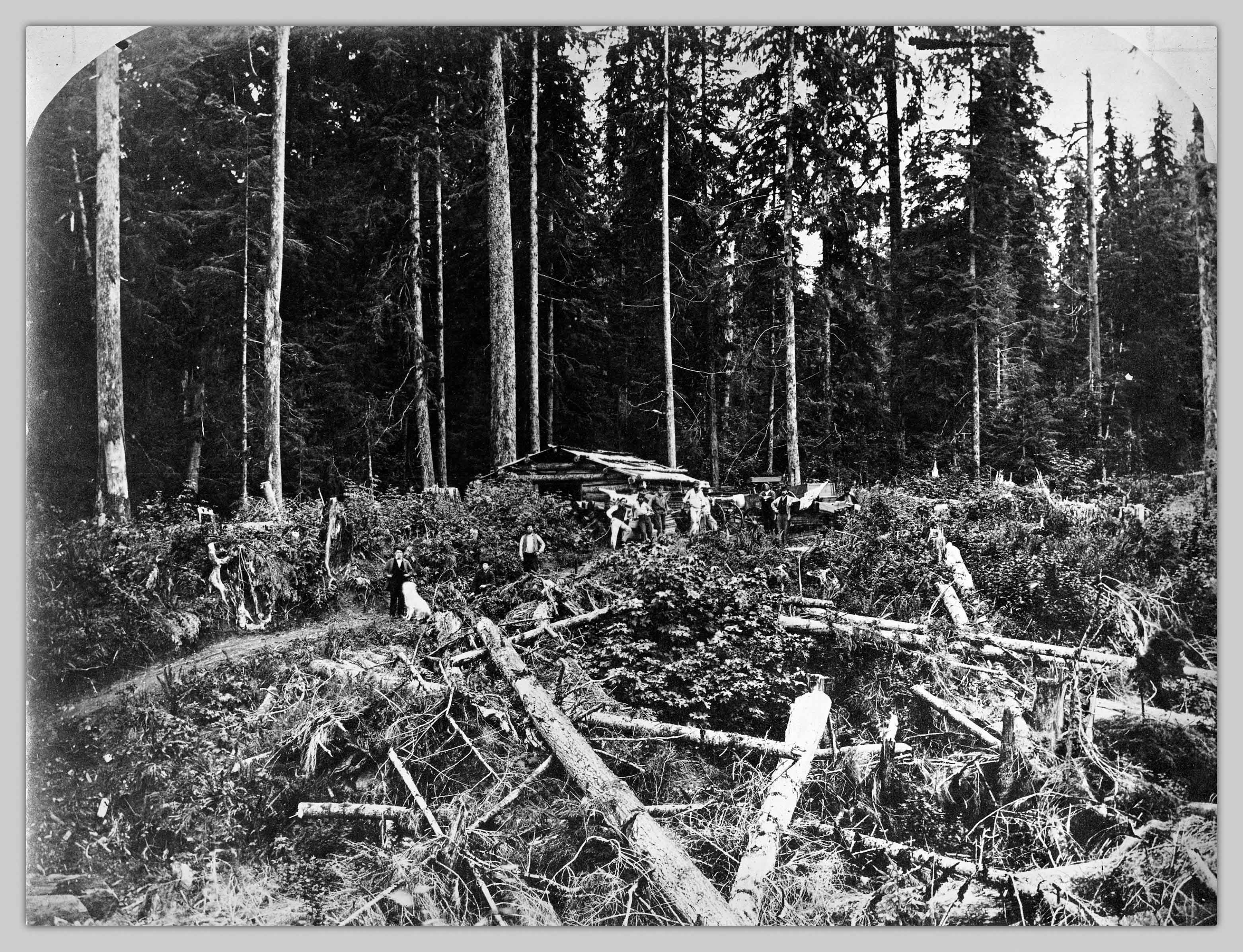 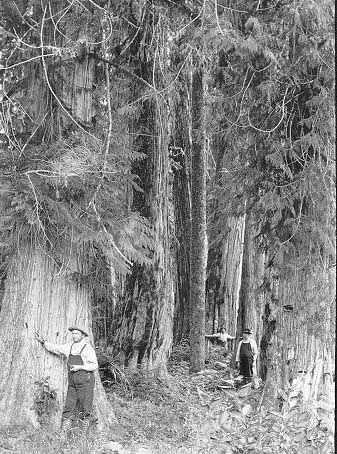 Giant cedar trees of the 1900s

Once the Canadian Pacific Railway was completed in the 1880’s it gave the East much easier access and grew the popularity of Canadian wood. 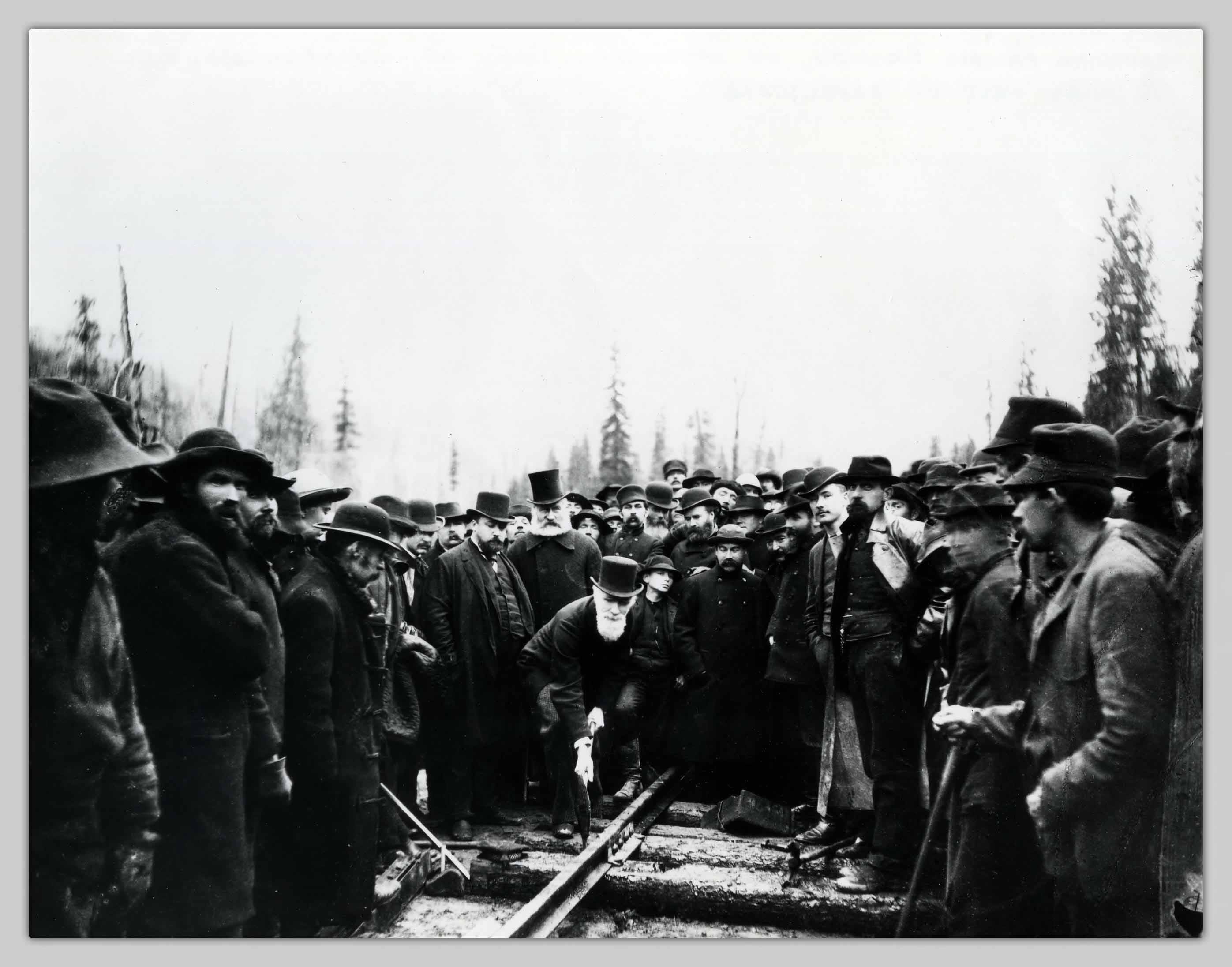 The last nail go in the Canadian Pacific Railway 1888 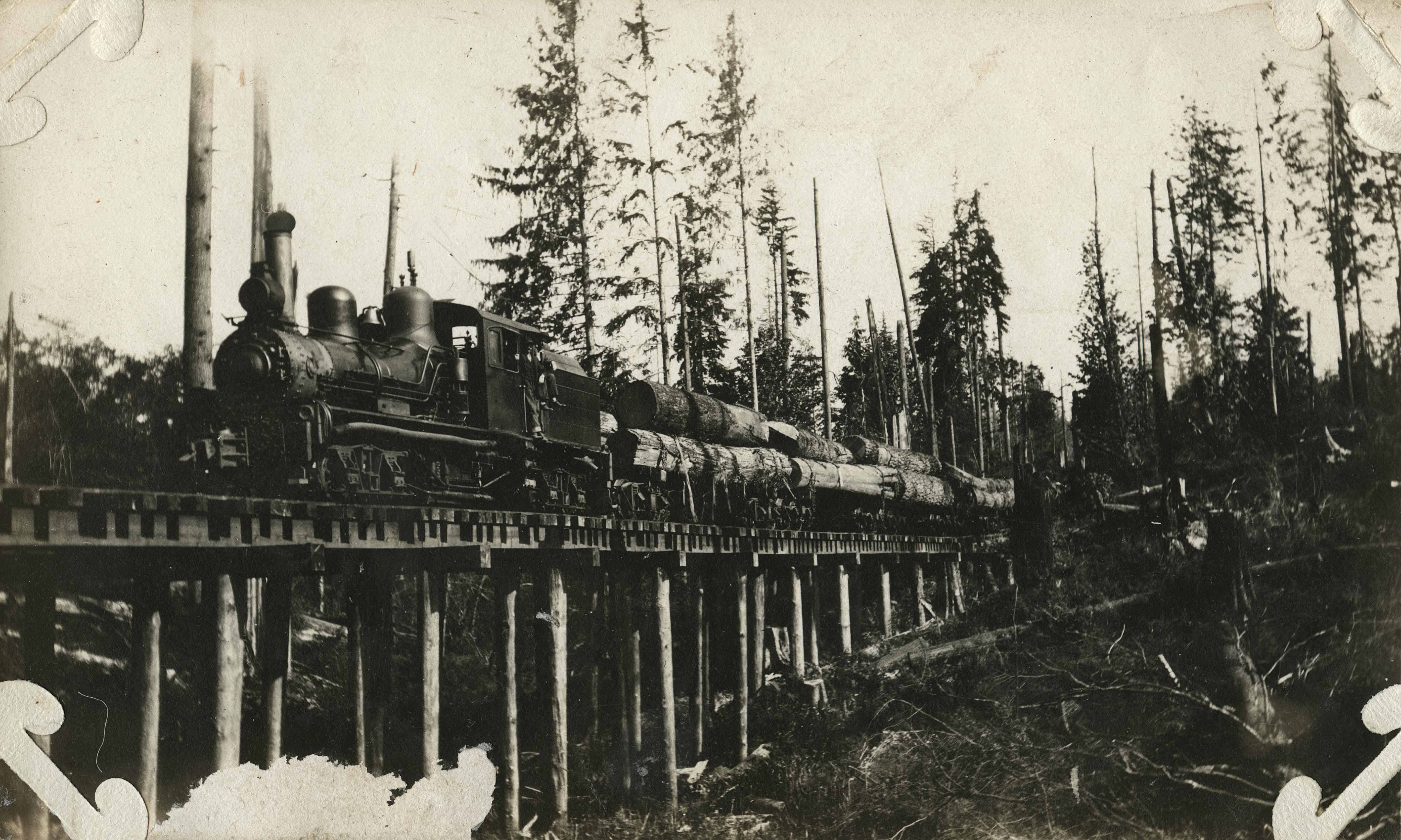 Ca. 1910 a train load of logs carries some cargo

By the last 1920’s BC was producing one half of Canada’s annual timber production. Which meant a huge and (and exciting!) industry, one that still continues today. 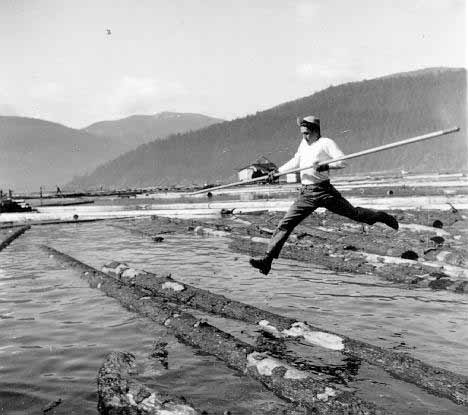 Boomman selecting logs by hand in the 1950’s – looks like a recipe for getting soaked to me! 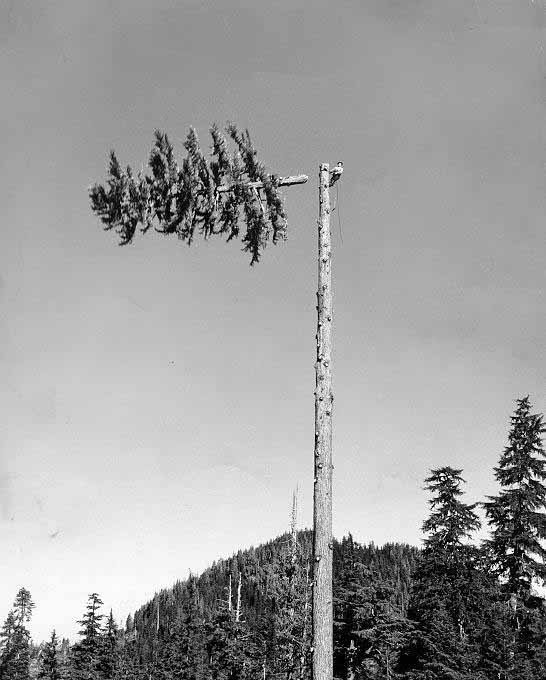 If learning more about the logging industry in #UBCOpencollections interests you check out our MacMillan Bloedel Ltd. (“MacBlo”) fonds  During its existence MacBlo was one of the largest forest products companies in the world. Or take a look at B.C. Historical Newspapers which mentions of the timber industry and the B.C. Books collection which has a number of recourses about early British Columbia logging

Research for this article was taken from: