The Power of the Letter 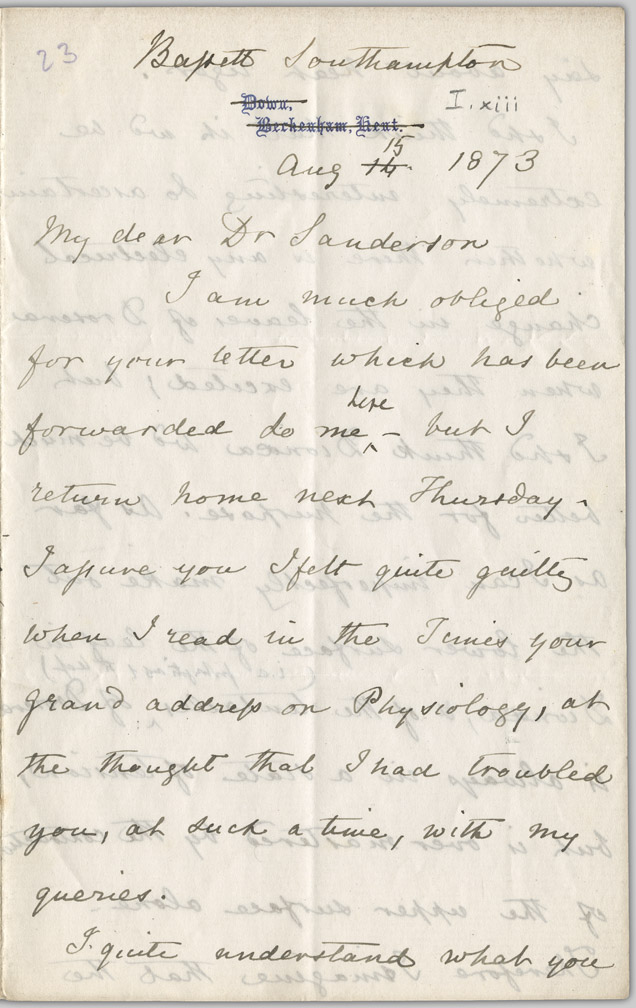 Letters can provide insights in to the details of lives which have otherwise been documented in the extreme. Case in point, Charles Darwin, regarded as the progenitor of modern evolutionary theory. His work in this area is widely known but he also had many other interests including the study of insectivorous plants such as Drosera (sundews) and Dionaea (Venus flytrap). He worked in this area with the noted English physiologist Sir John Burdon-Sanderson to elucidate the mechanisms of their actions and published the results of the research in Insectivorous Plants. Above is the first page of a letter from Darwin to Burdon-Sanderson suggesting that he test for electrical charge in the leaves of Dionaea and offering to send specimens for the research. You can read the rest of this letter here and view the entire collection of letters held by the University of British Columbia Library here.