Telegraph in the olden days

The Chung Collection is an outstanding collection of archival documents, photographs, books, and artifacts related to three broad themes: British Columbia History, Immigration and Settlement, and the Canadian Pacific Railway Company. This collection contains over 10,000 digitized items dating from the 18th century to the 20th century, of which we have discussed the menus and landscape paintings in previous blog posts. In this blog post we would like to explore the use of the telegraph in the past.

Today’s communication methods are different from the past. People rely on tools, such as social media, email, calls and remote conferencing to engage in conversations with friends and co-workers. However, in the past, we did not have any convenient and cost-effective ways to connect with others who lived on another side of the country, not to mention outside the country. Fortunately, the invention of the telegraph revolutionized long-distance communication.

The Canadian Pacific Railway Company’s Telegraph used this brass telegraph machine to send and receive messages. To ensure smooth workflow of receiving and sending telegrams, the company had their telegraph forms put in this bronze holder. This telegraph company also issued the book of telegraph codes to its ticket agents, passenger agents, baggage agents and passenger traffic officials to save money on tolls. 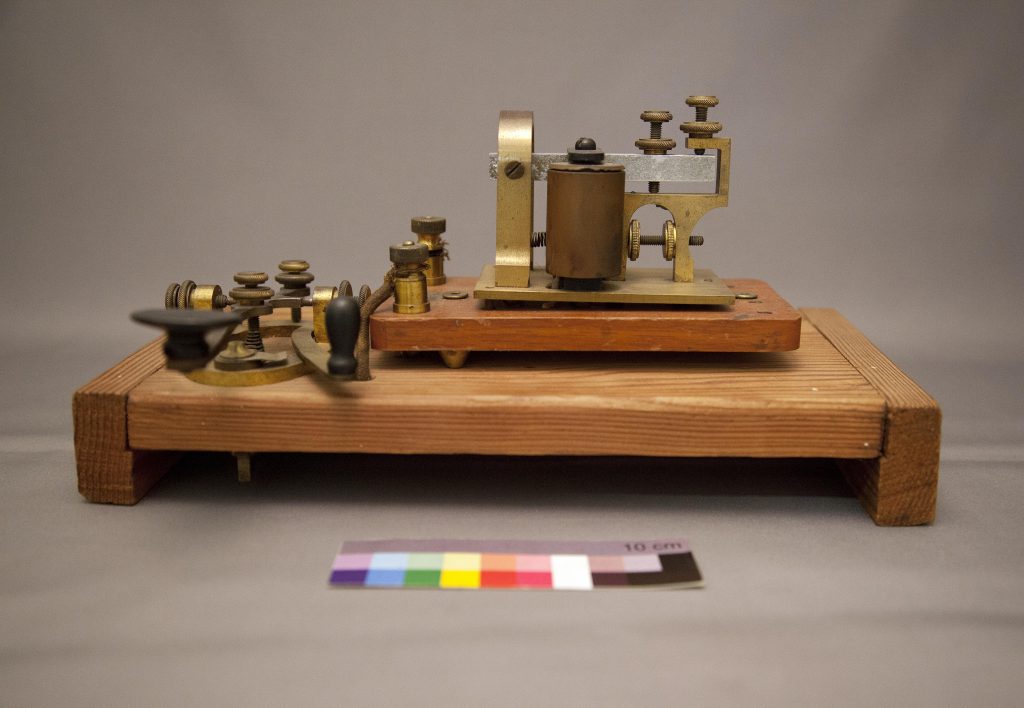 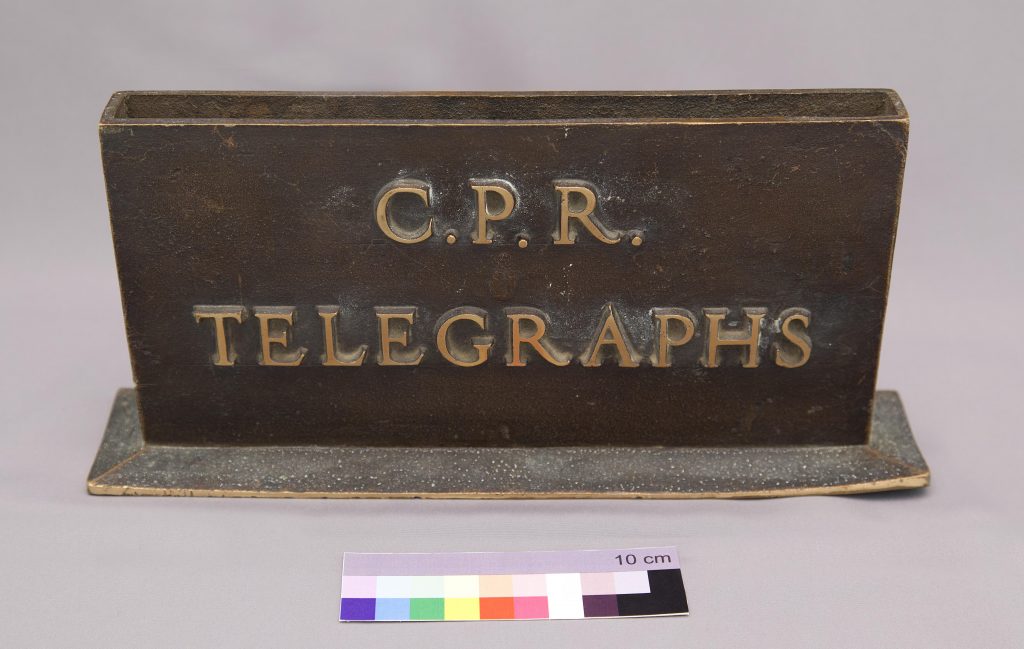 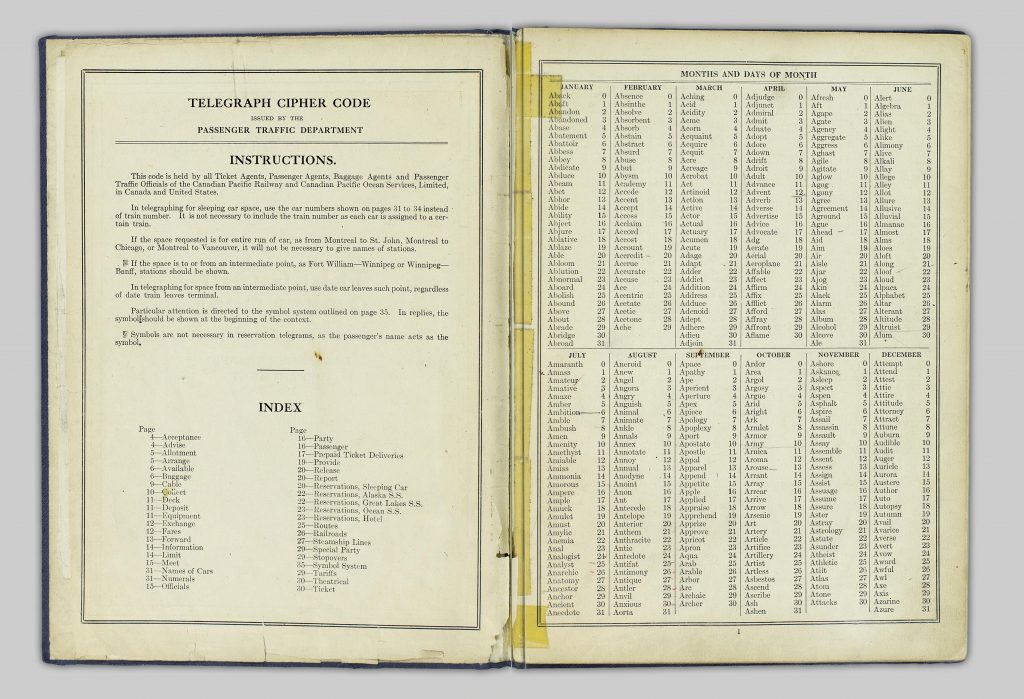 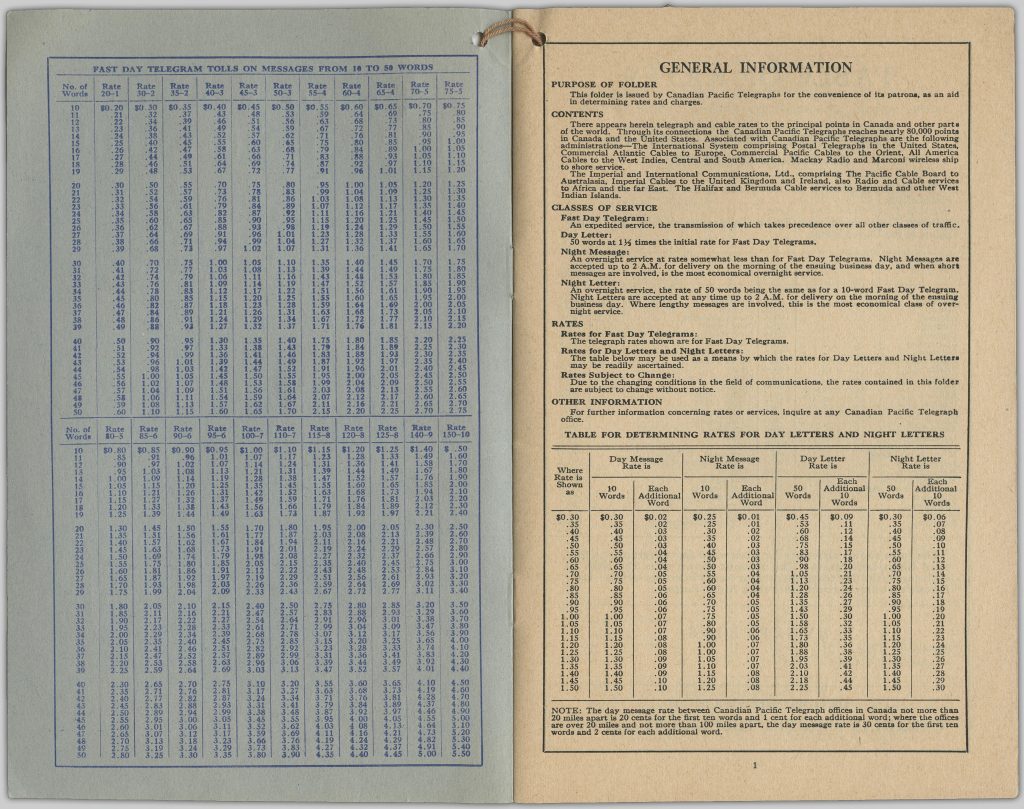 Here are some telegrams sent by different telegraph companies to cities around the world.

Between Hong Kong and Vancouver 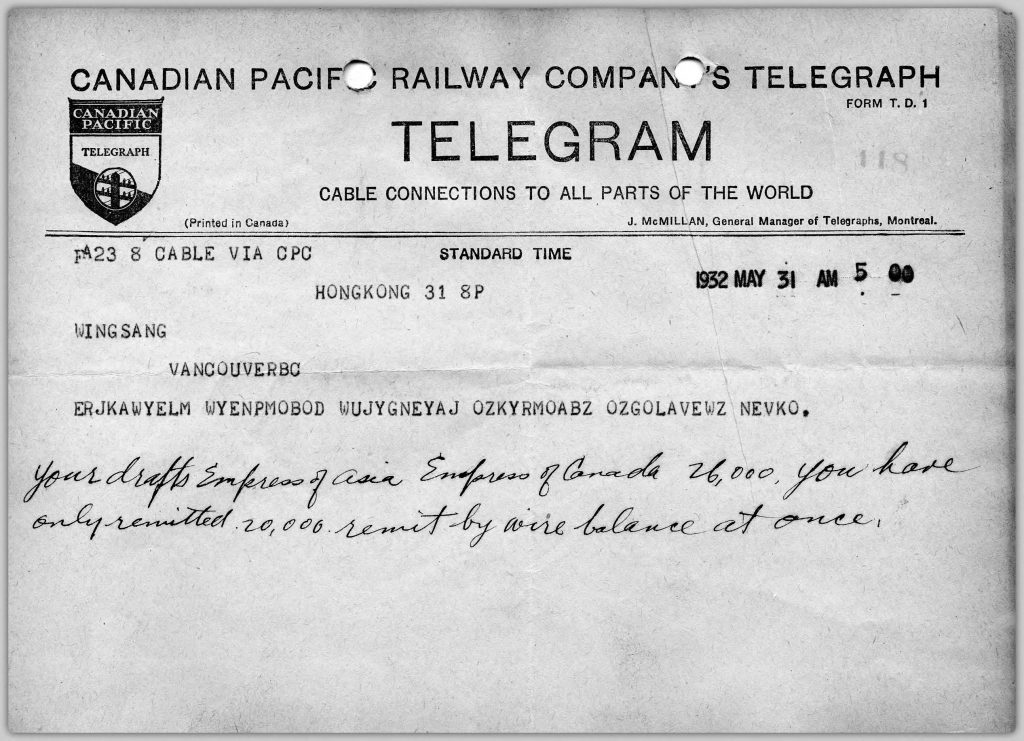 Between San Francisco and Montreal 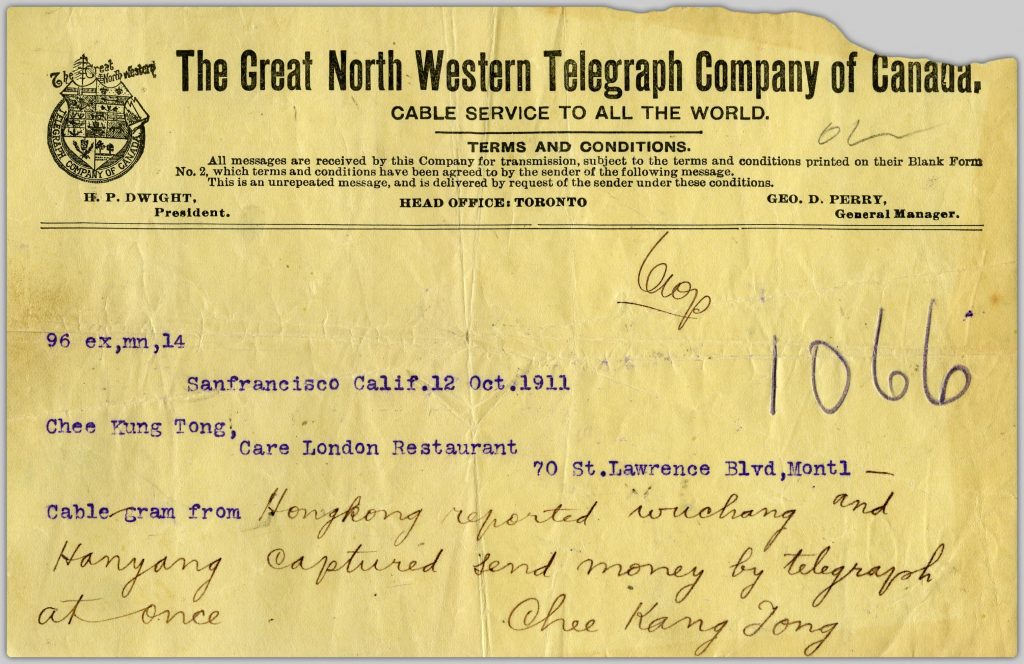 [Telegram from Chee Kang Jong to Chee Kung Tong], [not before 1900]

Between Taipei and Victoria 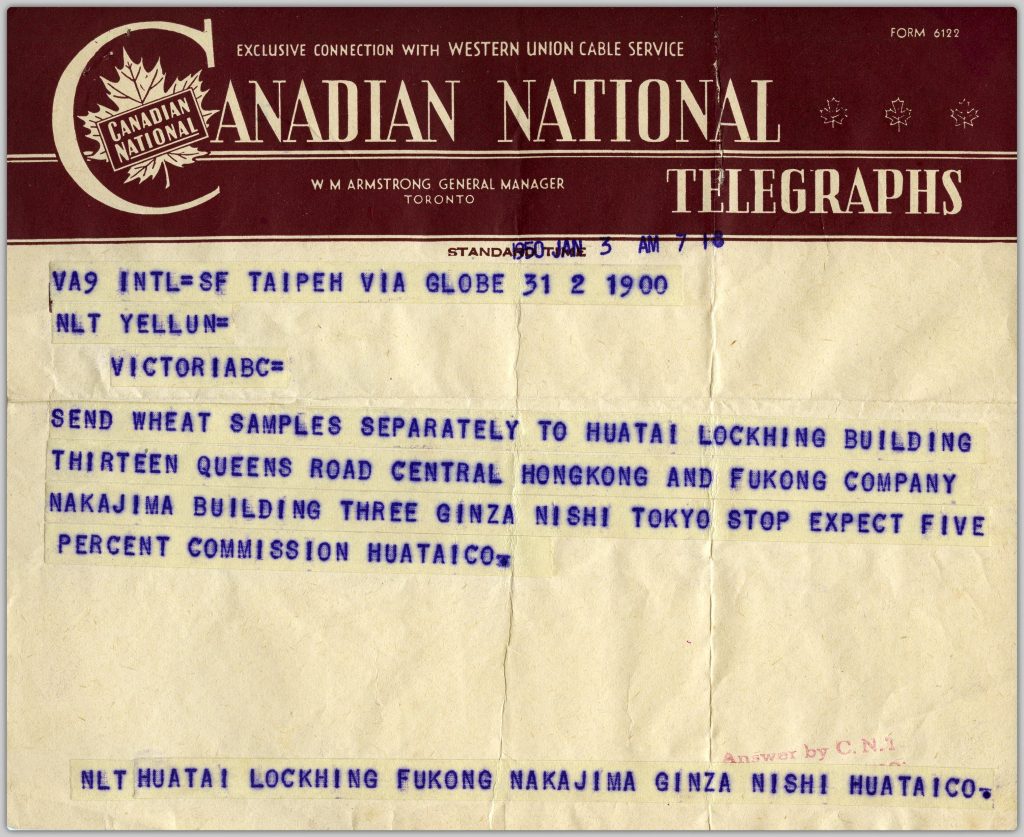 It is impossible to understand these telegram messages without referring to the codebook that is used to encode and decode the Chinese telegraph code. 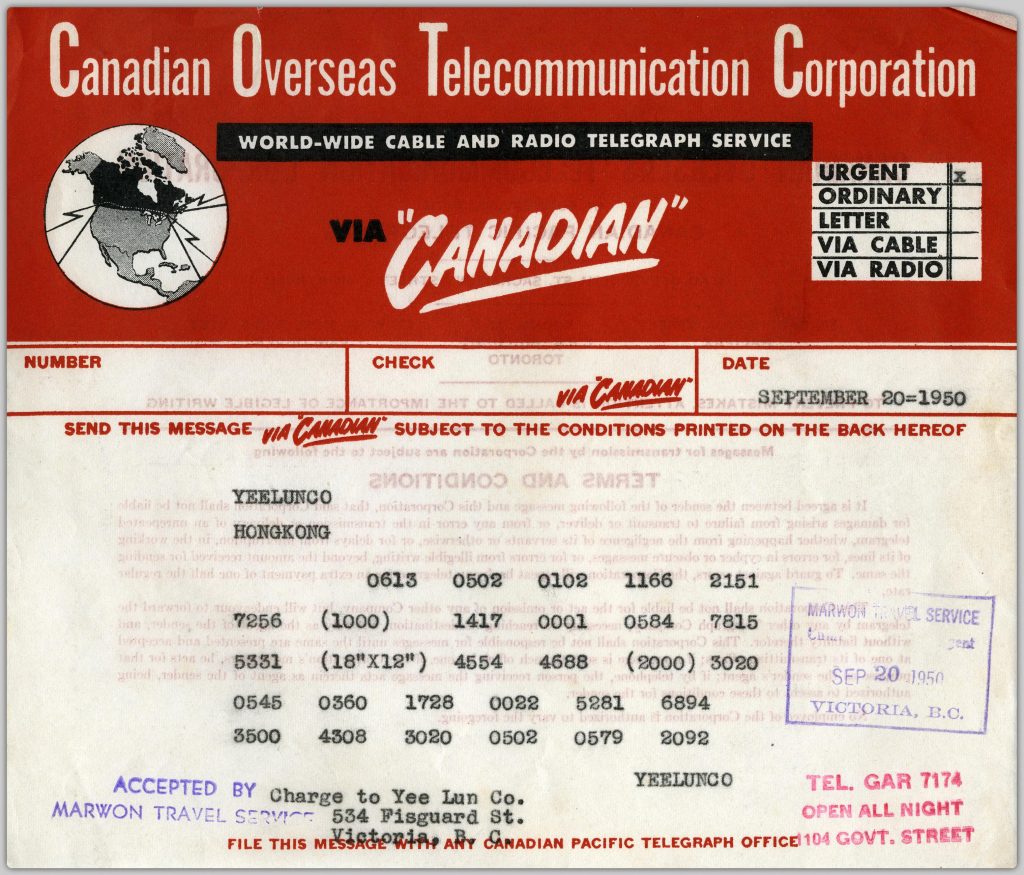 If you wish to explore further, please visit The Chung Collection to conduct keyword searches:

2 responses to “Telegraph in the olden days”