The University of British Columbia Library’s Archives and Rare Books and Special Collections have digitized their collections of framed visual works for the benefit of online researchers. The UBC Library Framed Works Collection contains prints, photographs, charters and documentary artworks that originate from diverse sources. In this blog post, we will explore different subjects in these stunning artworks from this collection.

This reproduction of a lithographic print shows the government buildings in Victoria, BC before construction on the current buildings began in 1893. This print also features the Inner Harbour and horse-drawn carriages in the late 19th century. 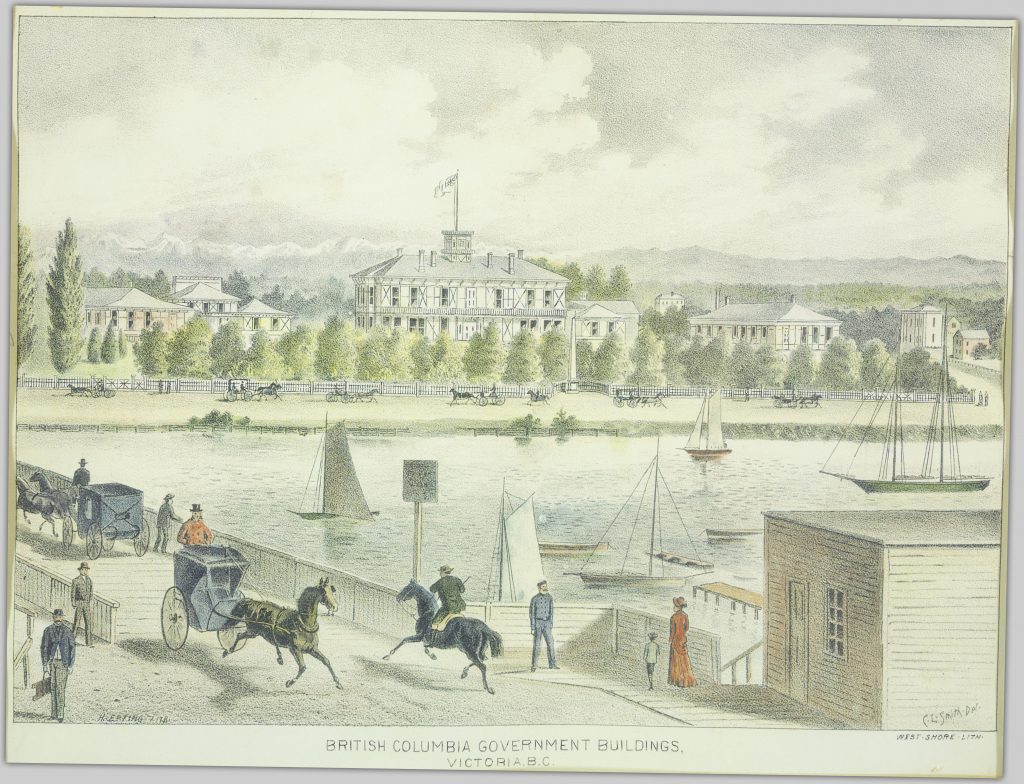 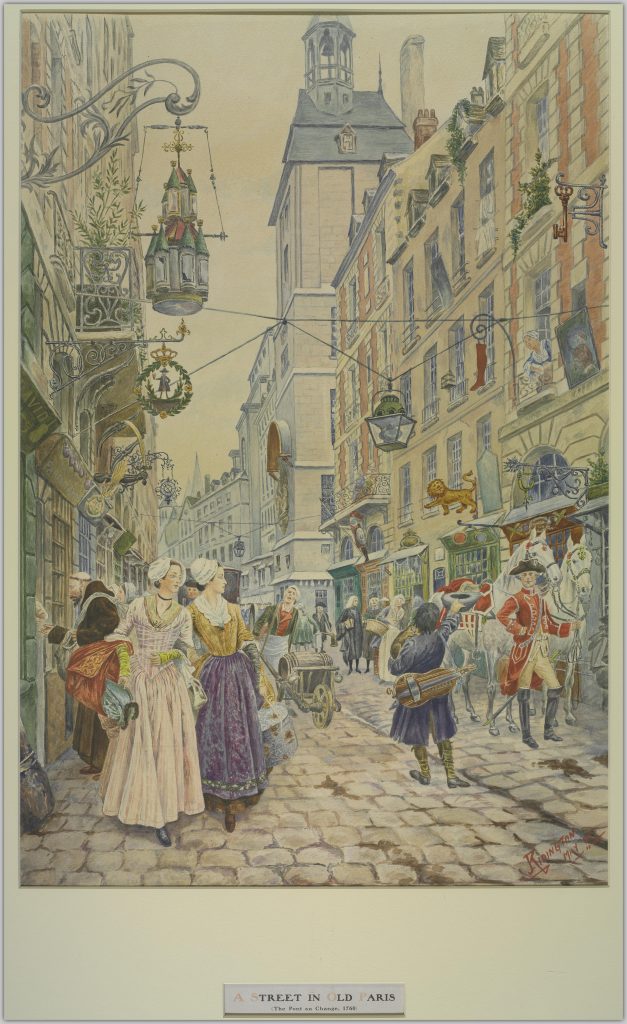 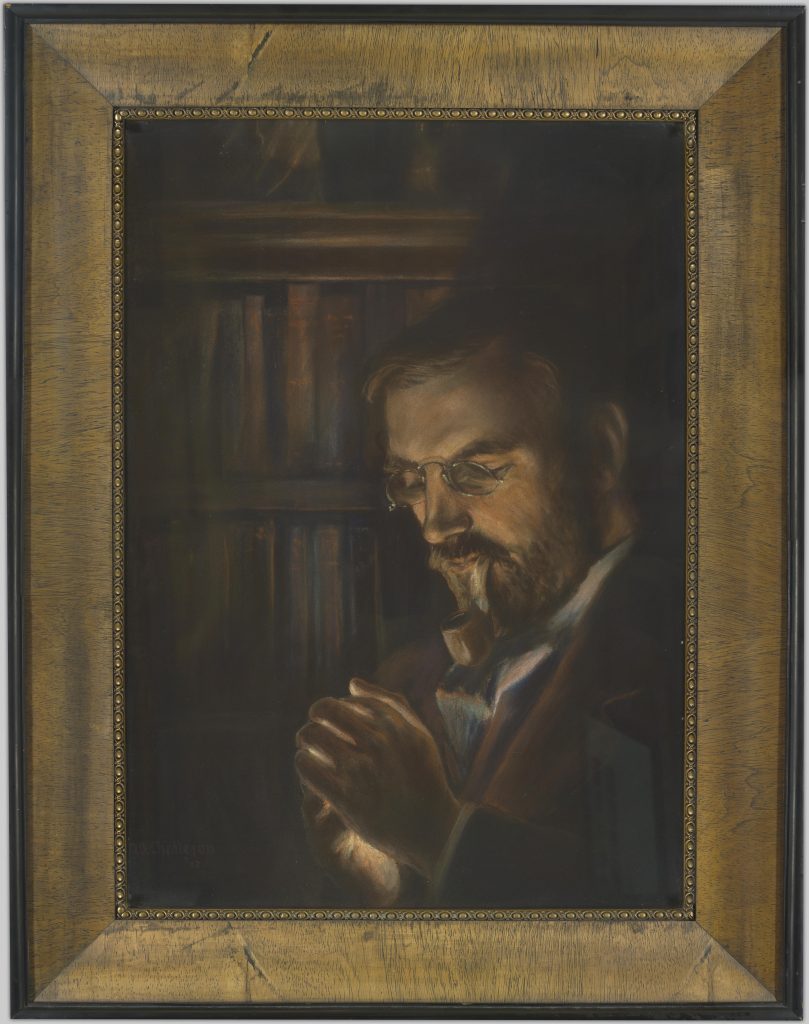 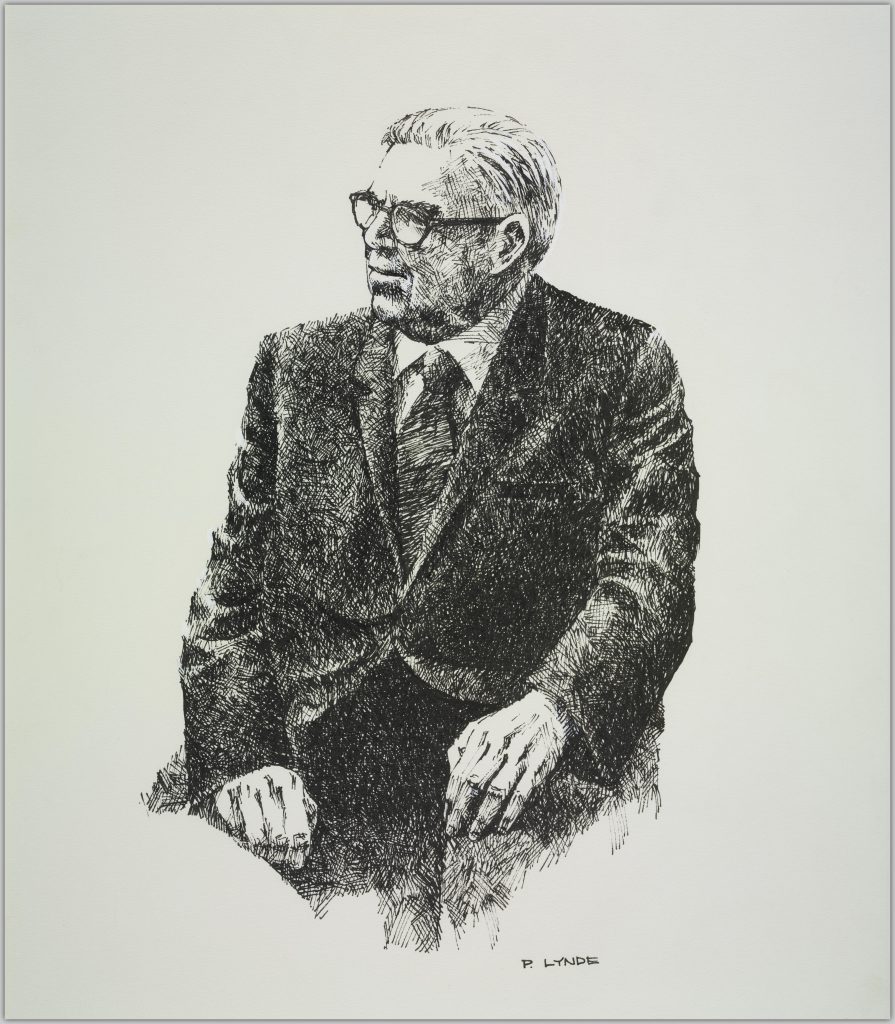 The following two paintings, created by the same artist, are contained in one frame. The first painting features McMillan Island in the Fraser River, B.C. from McKiver’s Wharf, and the second features the view from the Fort Langley Wharf.

John Ridington created this pencil sketch of the original UBC Library in 1936, as well as the painting of A Street in Old Paris: The Pont au Change, 1760. 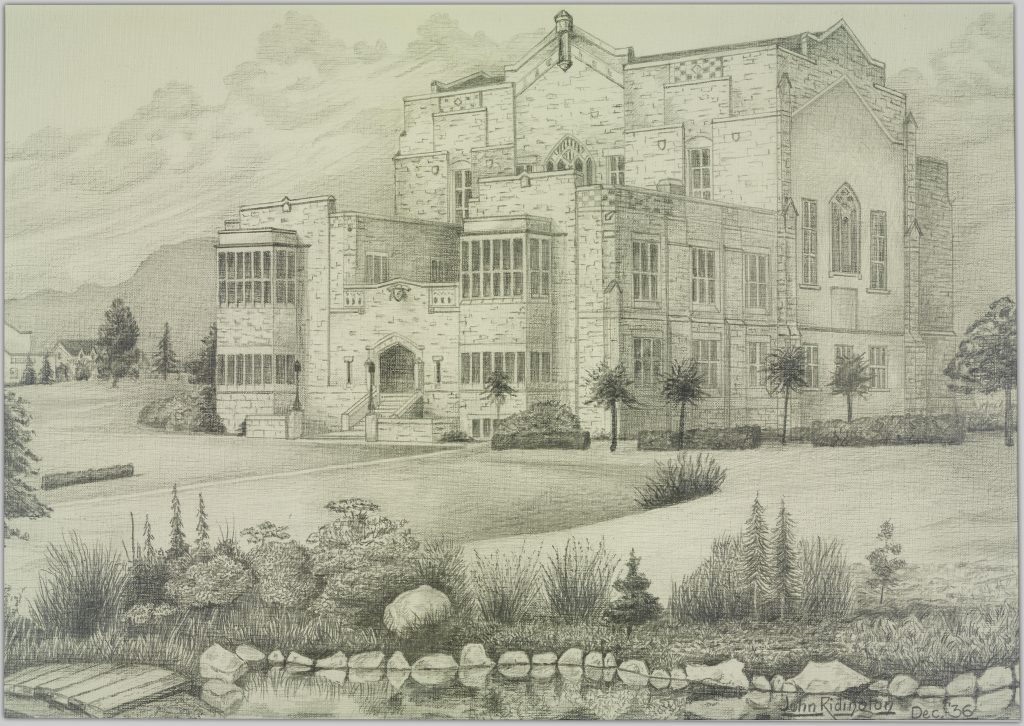 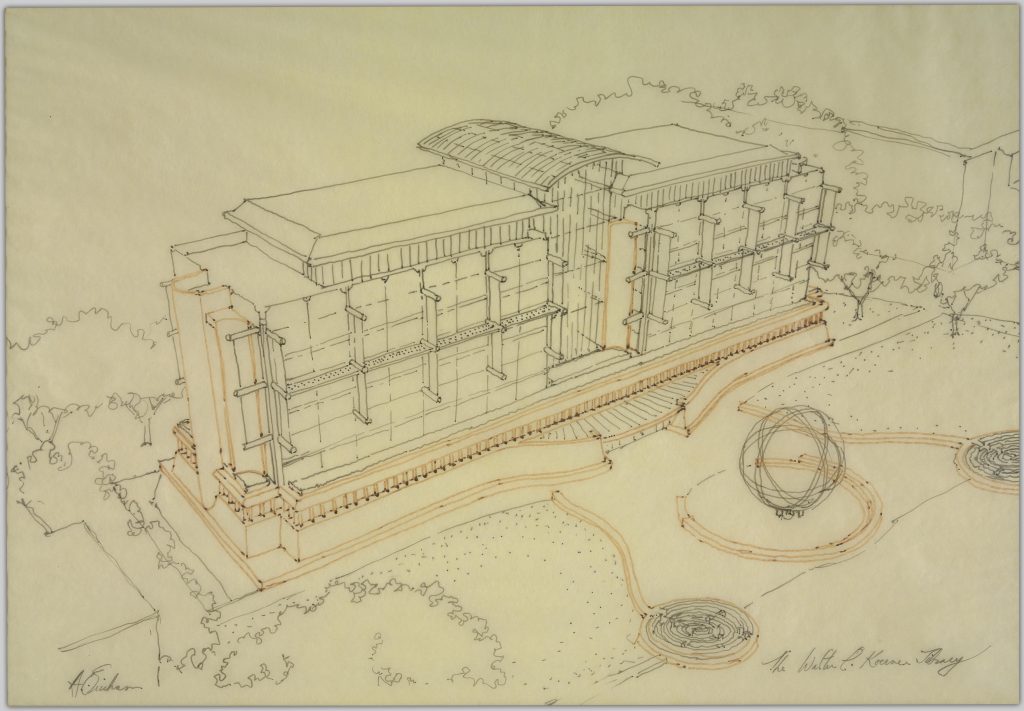