UBC has hosted visits from various members of Royal families over the past century. The most recent royal visit to UBC took place in 2016 when the Duke and Duchess of Cambridge visited the Okanagan Campus] Apart from the British royals, UBC has also welcomed other royal families to visit the campus. Most members of existing royal families play only a ceremonial role. Despite no longer having any political power, royals generate a lot of excitement and fanfare with their visits.

In this post, we have searched the UBC Open Collections and compiled images of members of royal families visiting UBC’s Vancouver Campus in the past century. Here are some of the notable visitors and memorable royal visits. 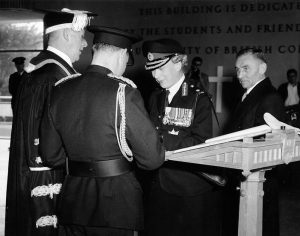 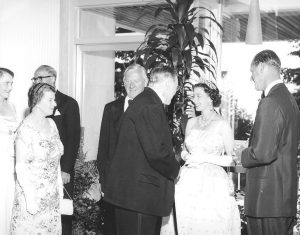 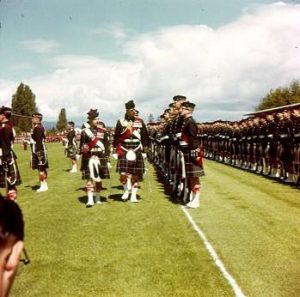 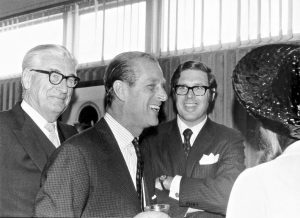 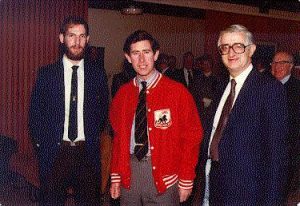 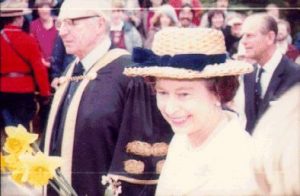 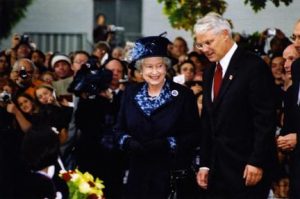 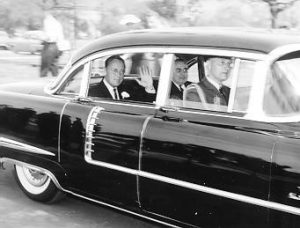 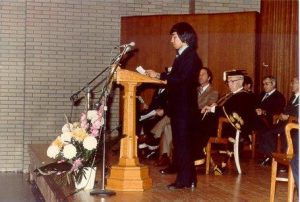 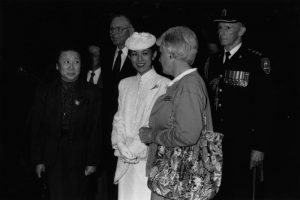 Princess Takamado of Japan with Mrs. David Lam and Les Peterson, [between 1990 and 1999] 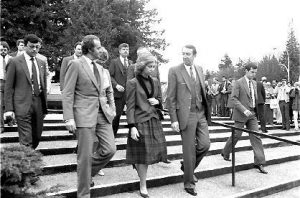 King Carlos and Queen Sophia of Spain visit to the Museum of Anthropology, 1984-03 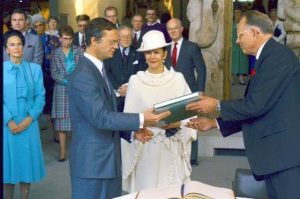 King Carl XVI Gustav and Queen Sylvia of Sweden at the Museum of Anthropology, 1988-03-18 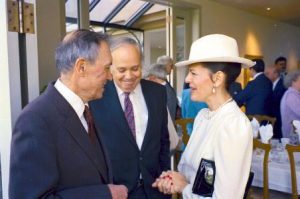 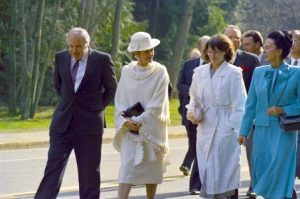 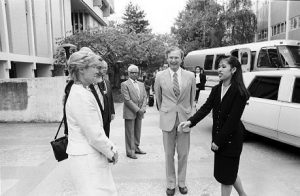 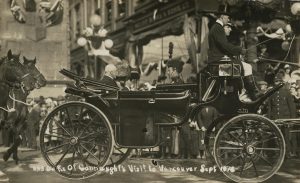 King Alexander of Greece visiting the British sector on the Macedonian Front, [between 1914 and 1918?] 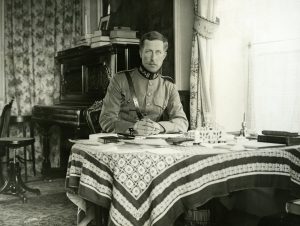 Official photographs taken on the British Western Front : The King of the Belgians photographed at his headquarters at the front, [between 1914 and 1918?] 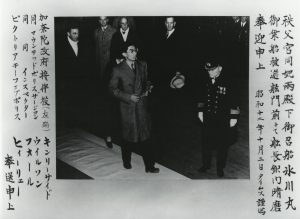 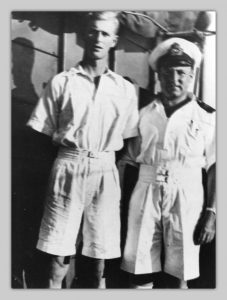 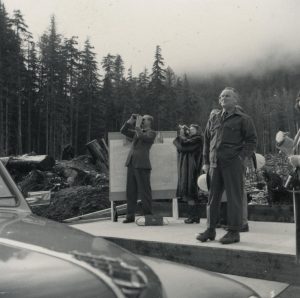 Royal Visit to the Northwest Bay, 1951

Royal Visits to the UBC Campus