Today is Darwin Day. People all over the world pay tributes to Charles Darwin on his birthday, February 12. Charles Robert Darwin (1809–1882) was a renowned English naturalist and geologist who made significant contributions to the science of evolution. He proposed revolutionary scientific theories, best known for the theory of evolution by natural selection. His pioneering work laid the foundation of modern evolutionary studies.

Darwin-Burdon-Sanderson Letters – 1873-1881 and Fox/Pearce (Darwin) Collection – 1821-1884 are the sub-collections of the Charles Darwin Letters collection. UBC Woodward Library purchased the Darwin-Burdon-Sanderson Letters – 1873-1881 from H.M. Sinclair as part of the Sinclair Collection in 1966 and the Fox/Pearce (Darwin) Collection – 1821-1884 from Captain Christopher Pearce, a descendant of the Fox family, in 1970. UBC Rare Books and Special Collections has housed both sub-collections after they were transferred from Woodward Library in 2013.

In the Darwin-Burdon-Sanderson Letters – 1873-1881, you will find correspondence between Charles Darwin and the physiologist John Scott Burdon-Sanderson (1828 – 1905). The letters deal with the research Darwin and Burdon-Sanderson did on the digestive powers and leaf movements of insect-eating plants, notably the genera Drosera and Dionaea. Darwin published the results of this research as part of his Insectivorous Plants (1875). 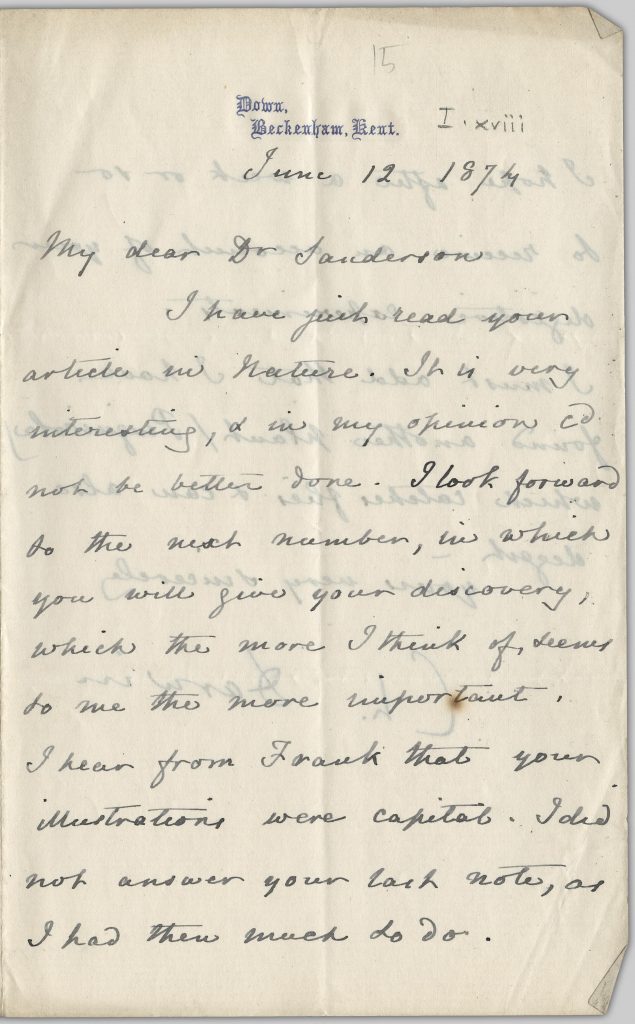 Burdon-Sanderson answered Darwin’s queries about the digestion of phosphates in this letter. 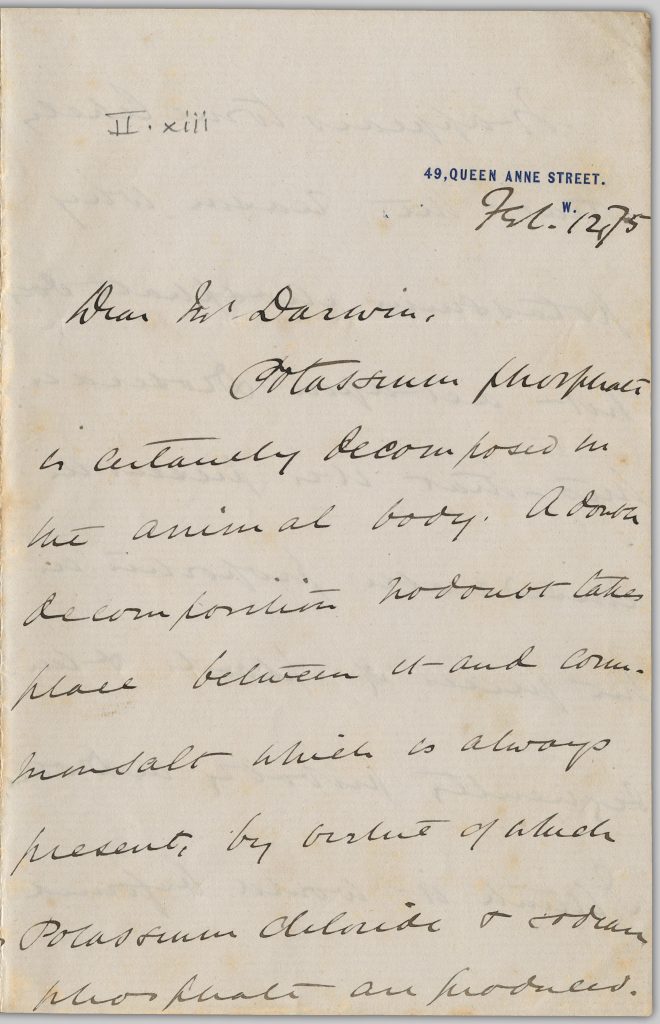 The Fox/Pearce (Darwin) Collection – 1821-1884 consists of letters and observations, with a few photographs and newspaper clippings, of the Darwin Fox family. In this collection, you will find Charles Robert Darwin’s correspondence with his distant cousin, William Darwin Fox (1805-1880), who was also interested in natural history. Darwin told Fox in this letter that he was more interested in pigeons and ducks than poultry and was urged to write a Preliminary Essay. 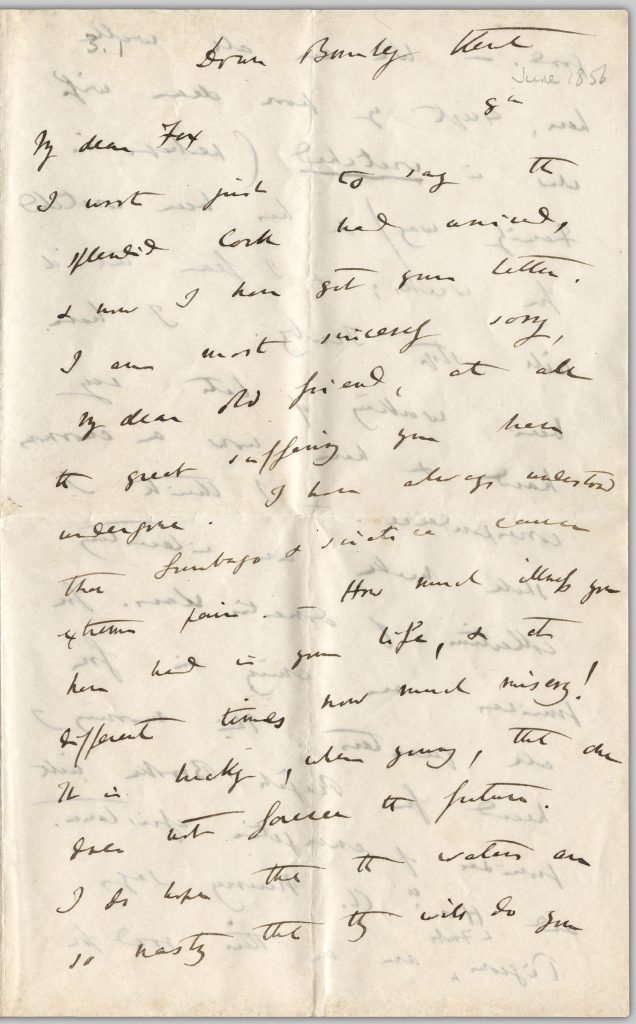 For those big fans of Charles Darwin, we have found you some newspaper articles about Darwin from the BC Historical Newspapers collection. The BC Historical Newspapers project features digitized versions of historical papers from around the province. The titles, which range from the Abbotsford Post to the Ymir Mirror, date from 1859 to 1995. Here are the articles on Charles Darwin published in The Mail Herald and Sunshine Coast News. 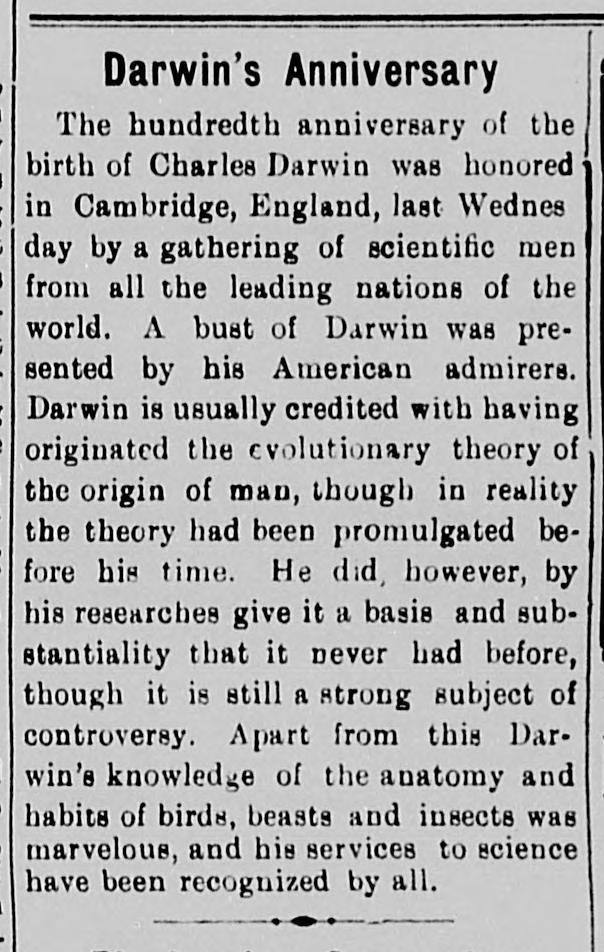 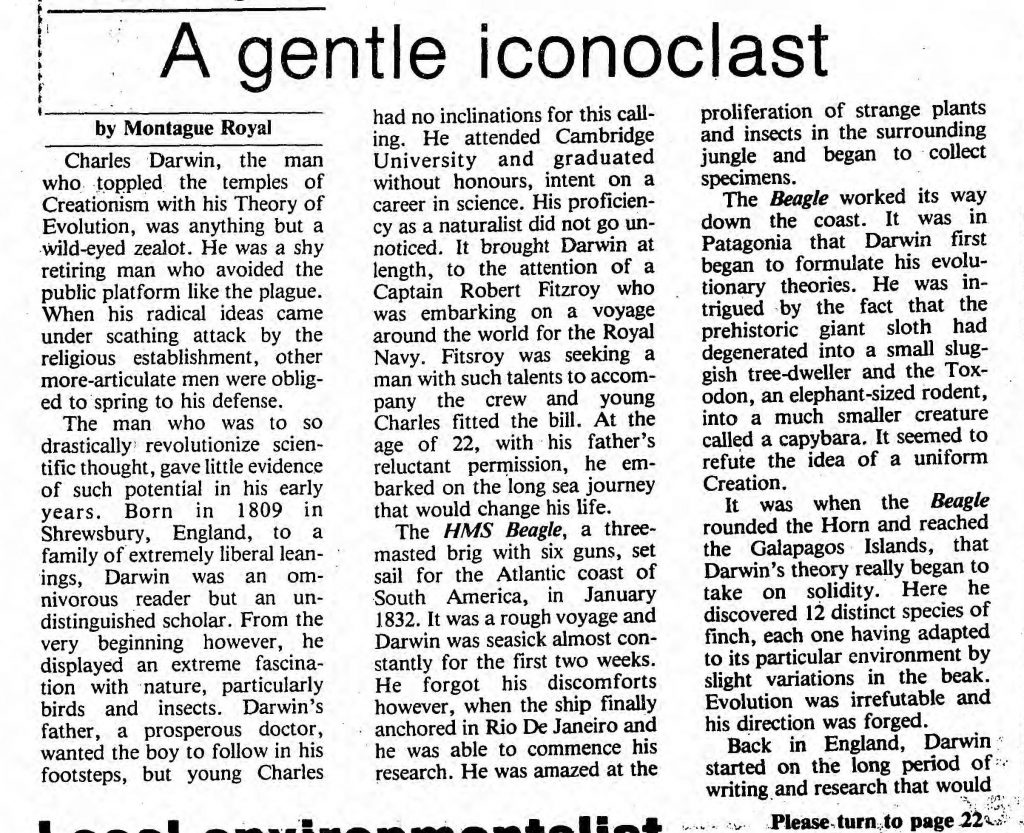 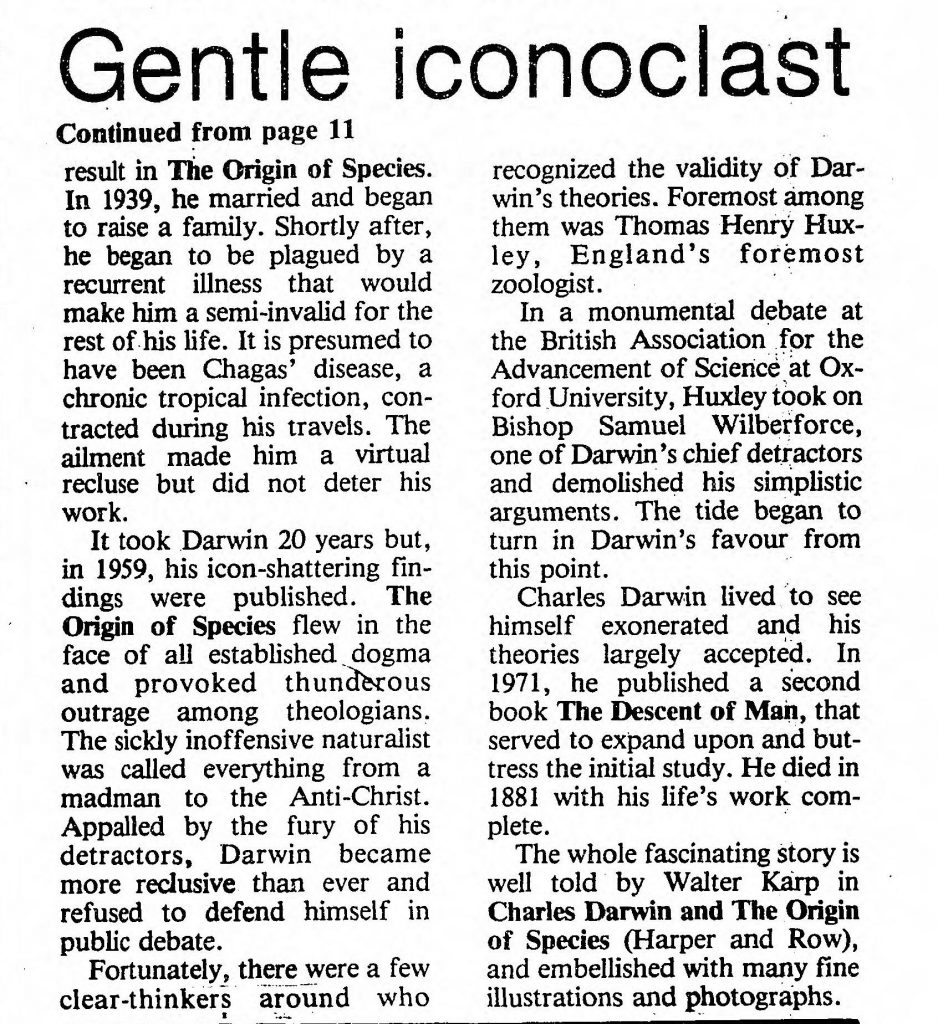 Complete Works of Charles Darwin Online currently offers more than 50,000 pages of searchable text and 45,000 images of both publications and transcribed manuscripts.

Darwin Correspondence Project exists to publish the definitive edition of letters to and from Charles Darwin. The project is now adding the full texts of the letters themselves.

Darwin Manuscripts Project links to the full text of some of Darwin’s manuscripts and publication hosted at the American Museum of Natural History.