Today marks the 100th anniversary of the sinking of the Empress of Ireland, one of the worst naval disasters in Canadian history. 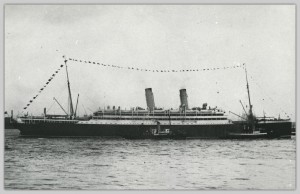 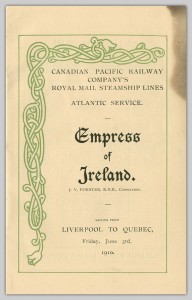 In the early hours of the morning, along the foggy St. Lawrence River, the Empress of Ireland collided with the Storstad, a Norwegian coal ship. The Empress quickly took on water and sank within a matter of minutes, taking with her 1,012 of the 1,477 passengers.

As part of the Chung Collection, we have some objects that were recovered from the wreckage, as well as some items from earlier voyages. We’ve been working hard at digitizing the Chung Collection and will be uploading new digital material in the near future! 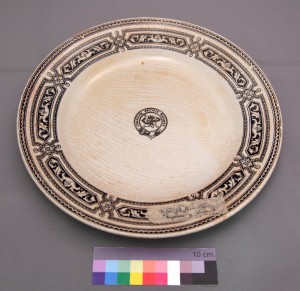 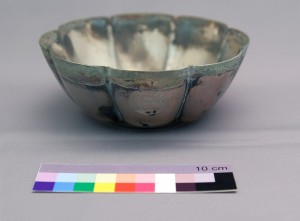