Later this year we’re starting a project in partnership with the UBC Asian Library and the UBC Department of Asian Studies to digitize some cool old Japanese game cards! 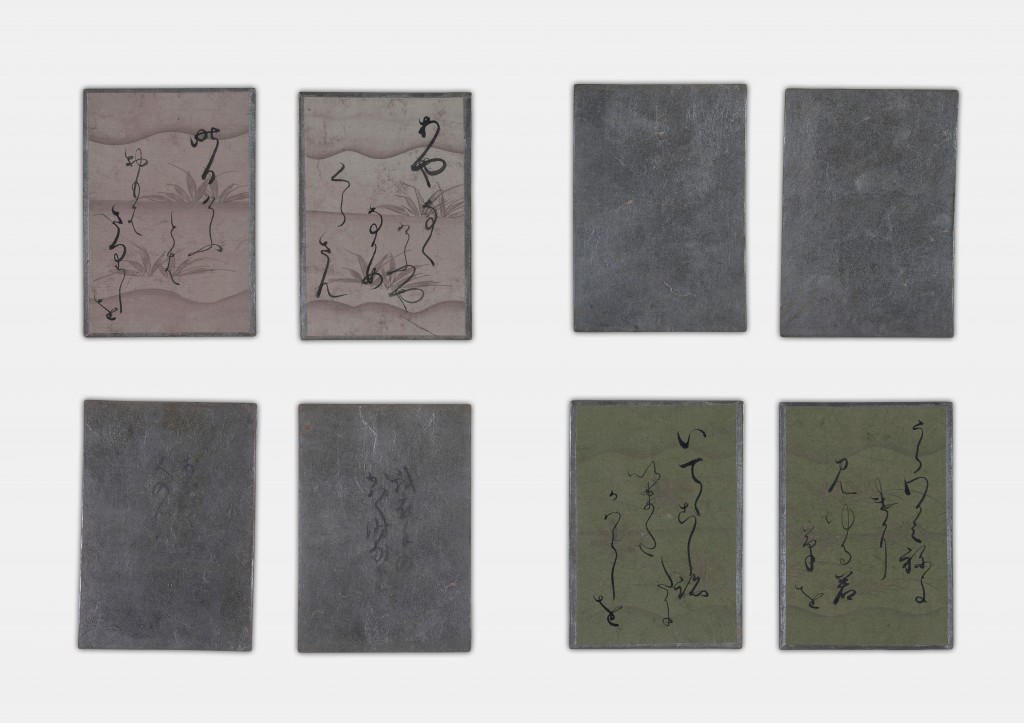 Karuta カルタ, is a borrowed Japanese term (from the Portugese carta) that refers to playing cards. Karuta became popular in the Edo (1600-1868) period, and included a number of different versions such as games matching hiragana characters, poems, proverbs, or drawings of monsters! A particularly popular game was uta-garuta (sometimes pronounced utakaruta), or poem cards. In uta-garuta, one person reads out the text on one card and the other player(s) have to find the matching card. [i]

Most of the cards we’ll be digitizing for the upcoming project will feature poems from Ogura hyakunin isshu, an anthology of poems by one hundred different writers. There are typically two hundred cards, one hundred reading cards and one hundred “grabbing” cards. The goal is to match the two halves of a poem. The reader reads out the first half of the poem, and the other players try to pick the correct matching card. The poems featured on these cards are generally waka poems that follow the 5-7-5-7-7 syllable format. The reading card has the first three lines, and the other card has the last two. [ii]

In the Ise monogatari uta-garuta set featured above, which is based on the classic Tales of Ise, there are over 400 cards to match. Knowing where the text came from does make it easier for people to learn to play the game, but it still doesn’t seem like a game that I could just casually play with friends!

We’ll be working with groups of students to help us transcribe and match these cards, and maybe one day you’ll be able to download them and play the game yourself.

Thanks to the UBC Asian Library and the UBC Department of Asian Studies for working with us on this project!