International Women’s Day (IWD) is celebrated annually on 8 March and its 2022 theme is “Gender equality today for a sustainable tomorrow”. It is a day of commemorating women’s movements during the 1917 Russian Revolution, celebrating women’s achievements, and raising awareness of breaking social bias.

In recognition of this special day, we have gathered newsletter, petition and letter from our collections that showcase women’s accomplishments and contributions in the past. If you are interested in exploring further, you can also check out our 2016 blog post which features women’s work in the World War I.

In 1973, library and clerical workers on university and college campuses across British Columbia began organizing as a union in order to represent their collective interests. Workers at University of British Columbia (Local 1), Simon Fraser University (Local 2), Notre Dame University of Nelson (Local 3), Capilano College (Local 4), College of New Caledonia (Local 5), and the Teaching Support Staff at S.F.U. (Local 6) organized over the next two years to collectively form the provincial wide and independent union, the Association of University and College Employees (AUCE). When the union formed over ninety percent of its members were women and one of their top concerns was equal pay for what was at the time considered “women’s work”. The AUCE Local 1 was the first union successfully won the maternity leave benefits in 1974, which marked an important milestone for Canada. 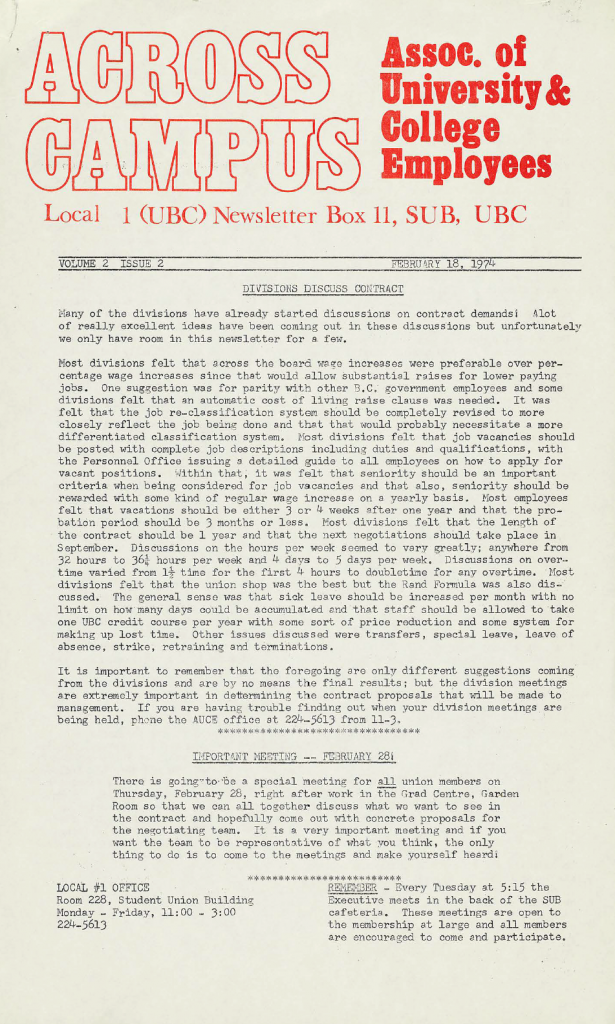 Over the next decade, apart from the maternity leave, the AUCE fought for wages to match the rising cost of living, transparent job classifications, childcare, and other employee benefits. They also demanded a discrimination free workplace for people of all genders, sexualities, races, and ethnicities. If you wish to explore further about this union, you can check out the Association of University and College Employees (AUCE) fonds. 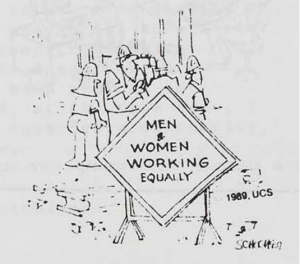 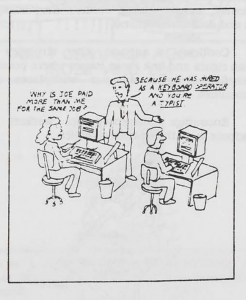 More than 1,000 petitioners signed the 1891 petition that asked the Legislative Assembly of British Columbia to allow women to vote. According to the petition from the BC Sessional Papers collection, the petitioners “believe it would conduce to the best interest of the Province if women were admitted to the political franchise.” Although all suffrage bills were defeated between 1897 and 1914, the Provincial Elections Act Amendment Act was enacted in 1917 to grant women the right to vote and to be elected. 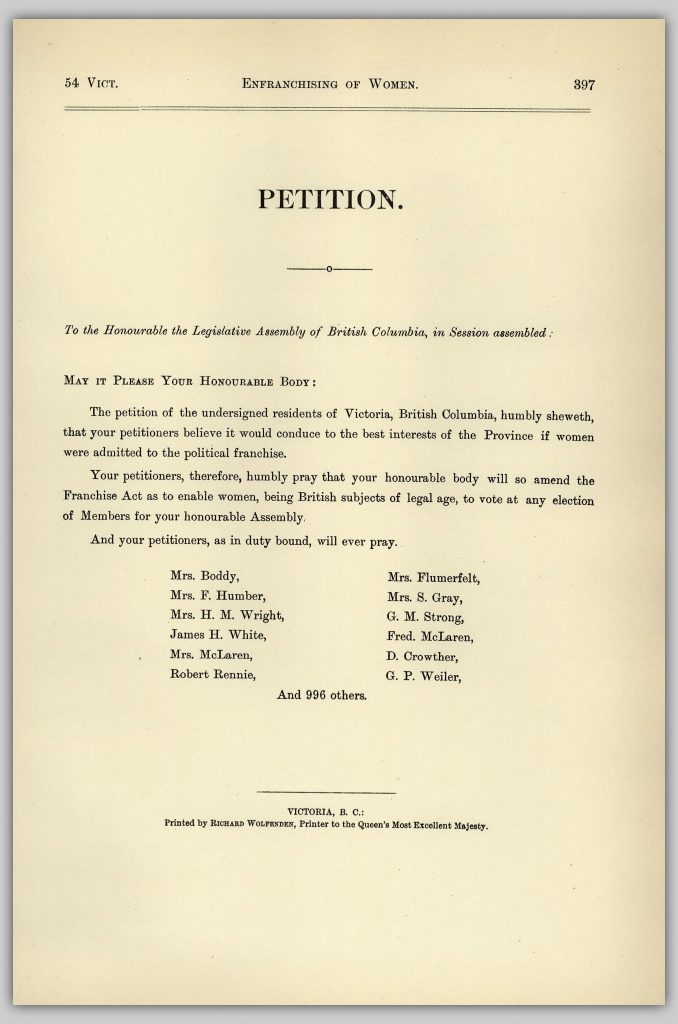 During the nineteenth century, missionary work in North BC was overwhelmingly the domain of men. Emma Crosby’s gender forced her to hide her missionary work behind her husband’s name. The letters from Emma Crosby Letters collection describe how women like Emma both sustained their husbands and were, in all but name, missionaries as well.

In this letter, Emma informed her mother that she was settled in her new home, and she began teaching approximately 70 children. 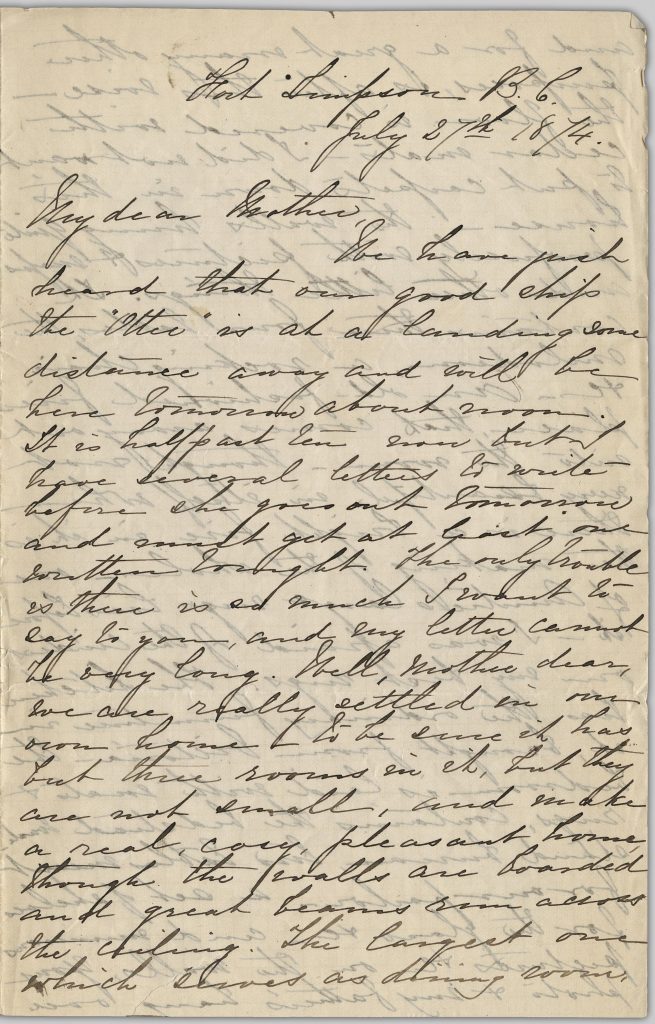