Some of the images in our collection are really cool but others, while still cool, can be considerably more mystifying without knowledge of how or why they were created. An example of this are the stereographs that appear in the Arkley Croquet Collection and the Chung Collection. These images generally look something like this:

If you’ve never seen an image like this before you might wonder why two (almost) identical photos have been printed right next to each other. Well, when viewed through a special “stereoscopic” viewer these images give the illusion of 3D! Stereography works by presenting a slightly different image to each eye, fooling your brain into combining the images into a three dimensional one. The idea was originally developed in the first half of the 19th century, but variations and improvements have continued to be created.

Unfortunately we don’t have a stereoscope to look at these images (and you probably don’t either, though they can be purchased online), but we’ve been experimenting with other ways of showing the 3D effect that they produced.

The first is through anaglyph 3D, a method which uses glasses with red and blue (or cyan) lenses. To create images in this format we overlay one image on top of the other, and give both layers either a red or blue tint. Since this method was, until recently, what most people thought of in regards to 3D images you might have a pair around somewhere. 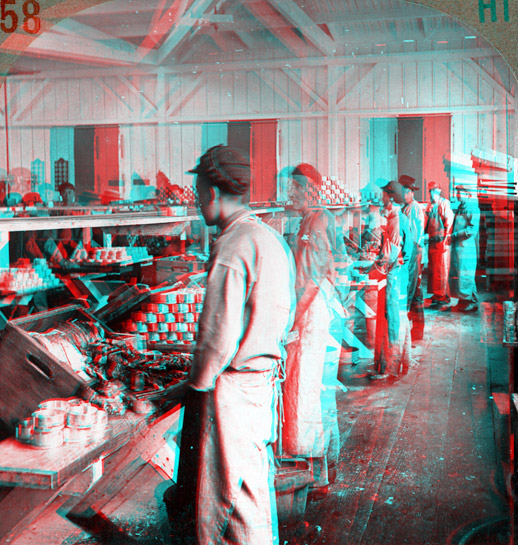 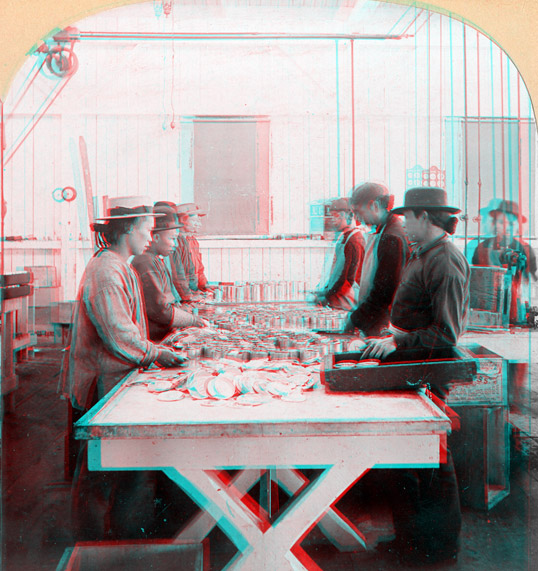 The other method we found could be used to create 3D images is called wiggle stereoscopy. This method involves layering one image on top of the other, splitting them into separate frames, and created an animated gif that quickly switches back and forth between the two frames. It’s not the best way of viewing 3D, but it’s still pretty neat.

Unfortunately, both of these methods can cause headaches if you stare at them for too long, so just don’t spend all day looking at them!

One response to “Images in Stereo”