A herbal is part of a genre of books that features lists of plants with accompanying descriptions of their properties. John Gerard’s The herball, or, Generall historie of plants (1597) is a quintessential 16th century example. The text drew from earlier herbals: it was commissioned as an English translation of a Dutch herbal, Rembert Dodoens’ Stirpium historiae pemptades sex (1583). In fact, there is some controversy surrounding the work’s origin: Gerard was accused of plagiarism for borrowing portions of an unfinished translation without citation. Even so, it is one of the most famous English herbals.

UBC Library’s copy of The herball, or, Generall historie of plantes (1597) was digitized as part of the Western Manuscripts and Early Printed Books collection. Most plants discussed in the text feature accompanying illustrations – here are some of our favorites.

These full-page spreads of daffodils and marigolds include beautiful detail of the bulbs and roots: 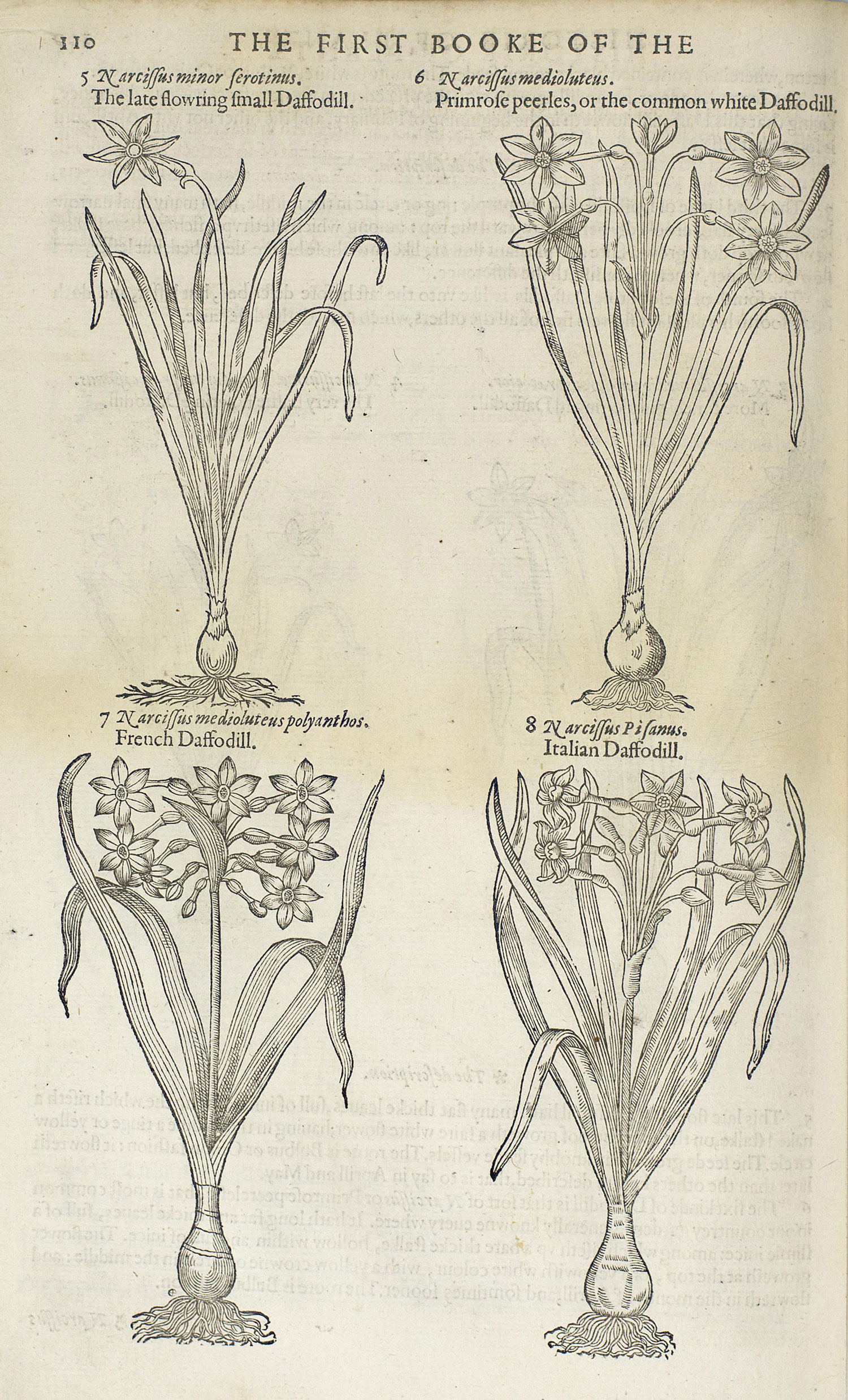 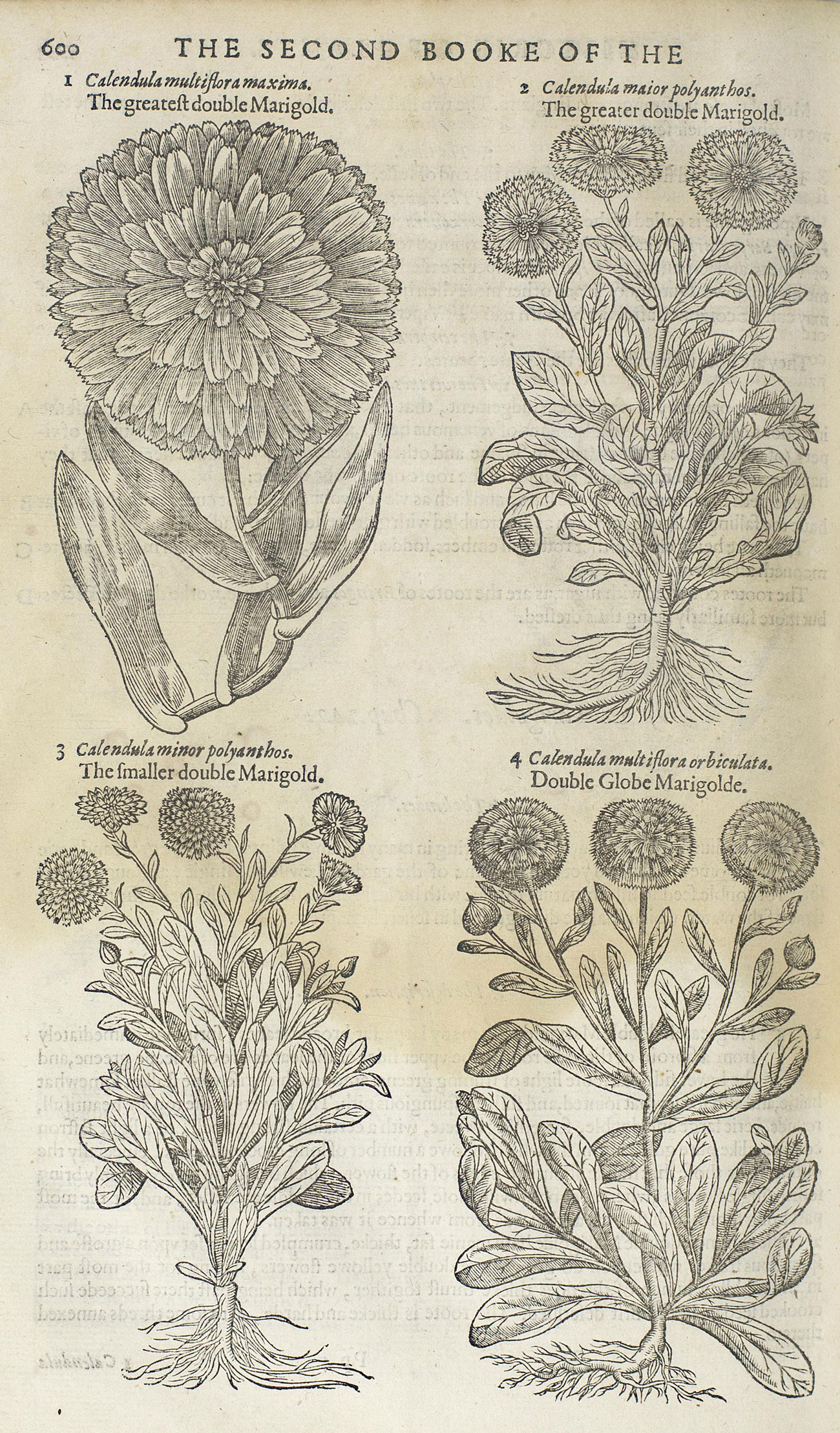 John Gerard made some additions to The herball that were not in the original. Because of his contributions, The herball featured the first illustrations of a potato plant to appear in any herbal: 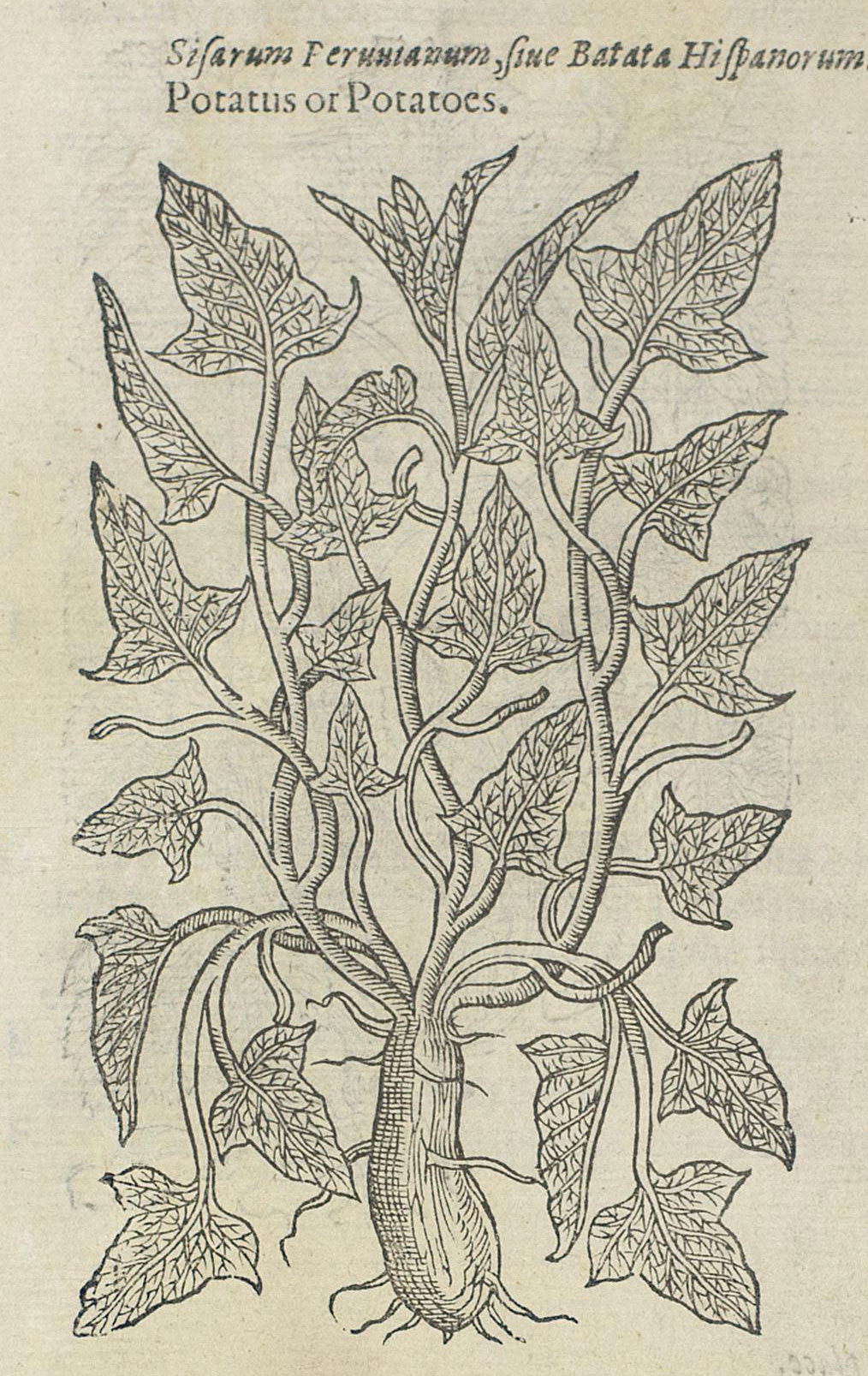 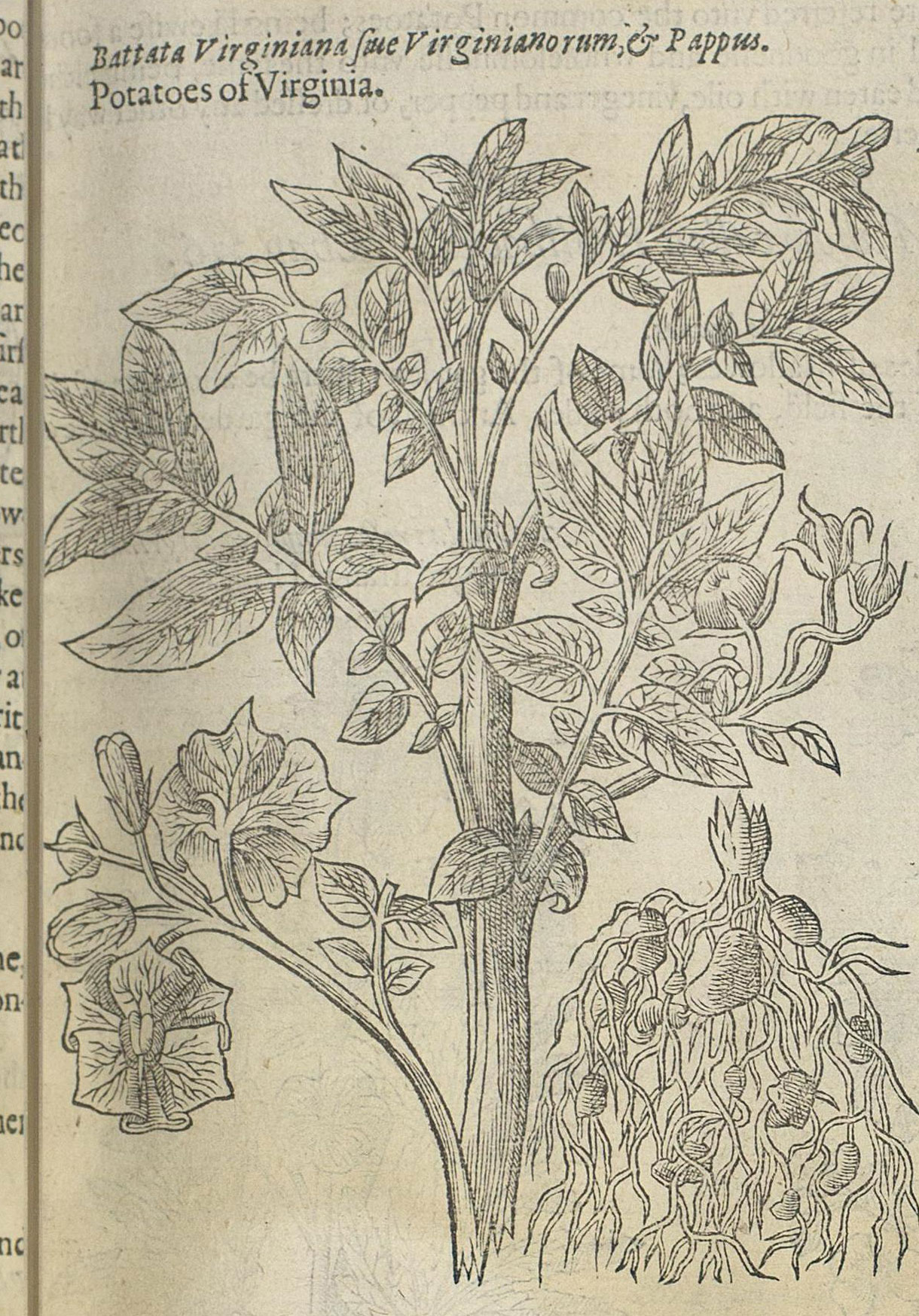 But, you don’t want to eat these “stinking and deadly carrots”: 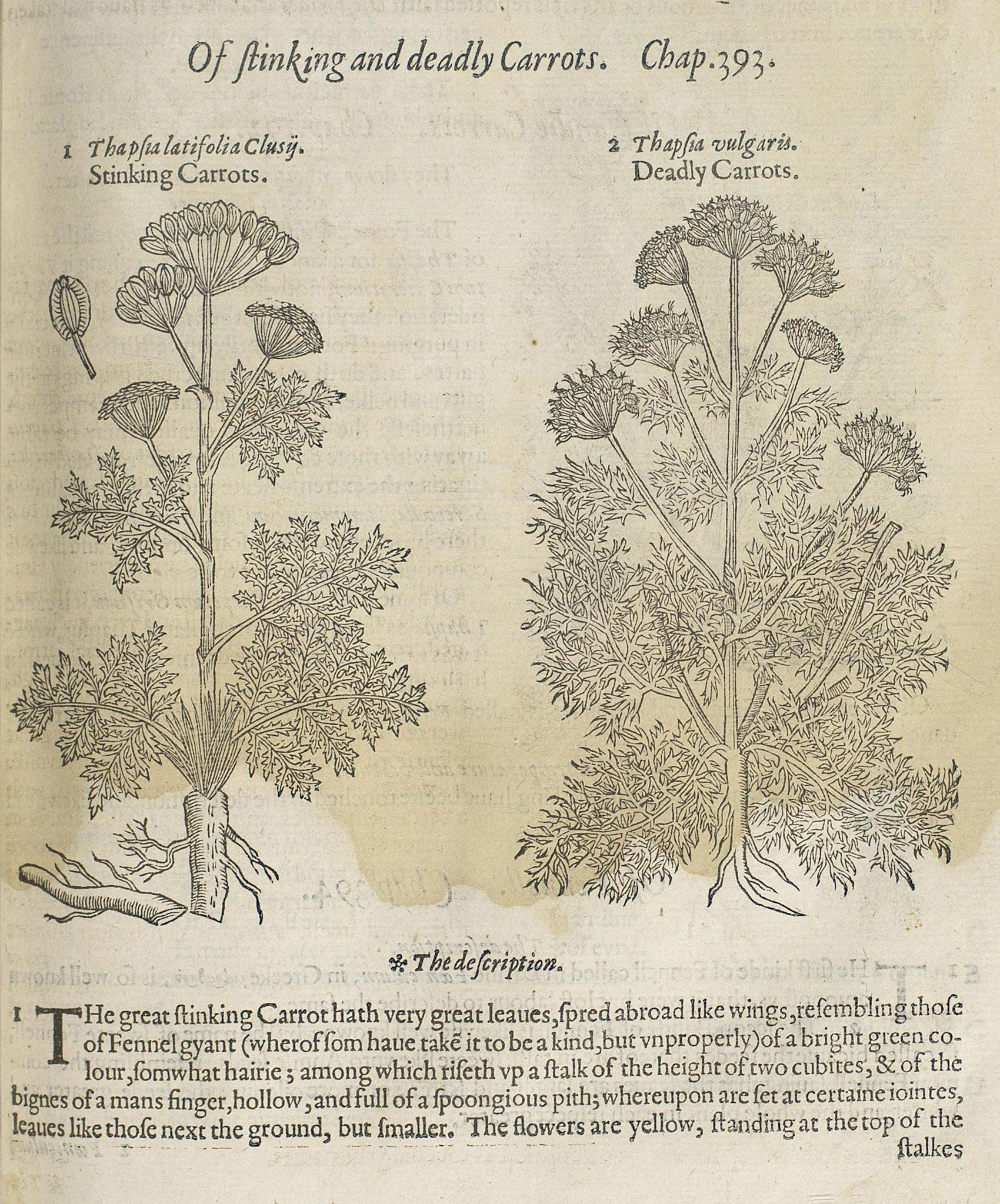 Have you ever seen a saffron plant? The book features several different varieties: 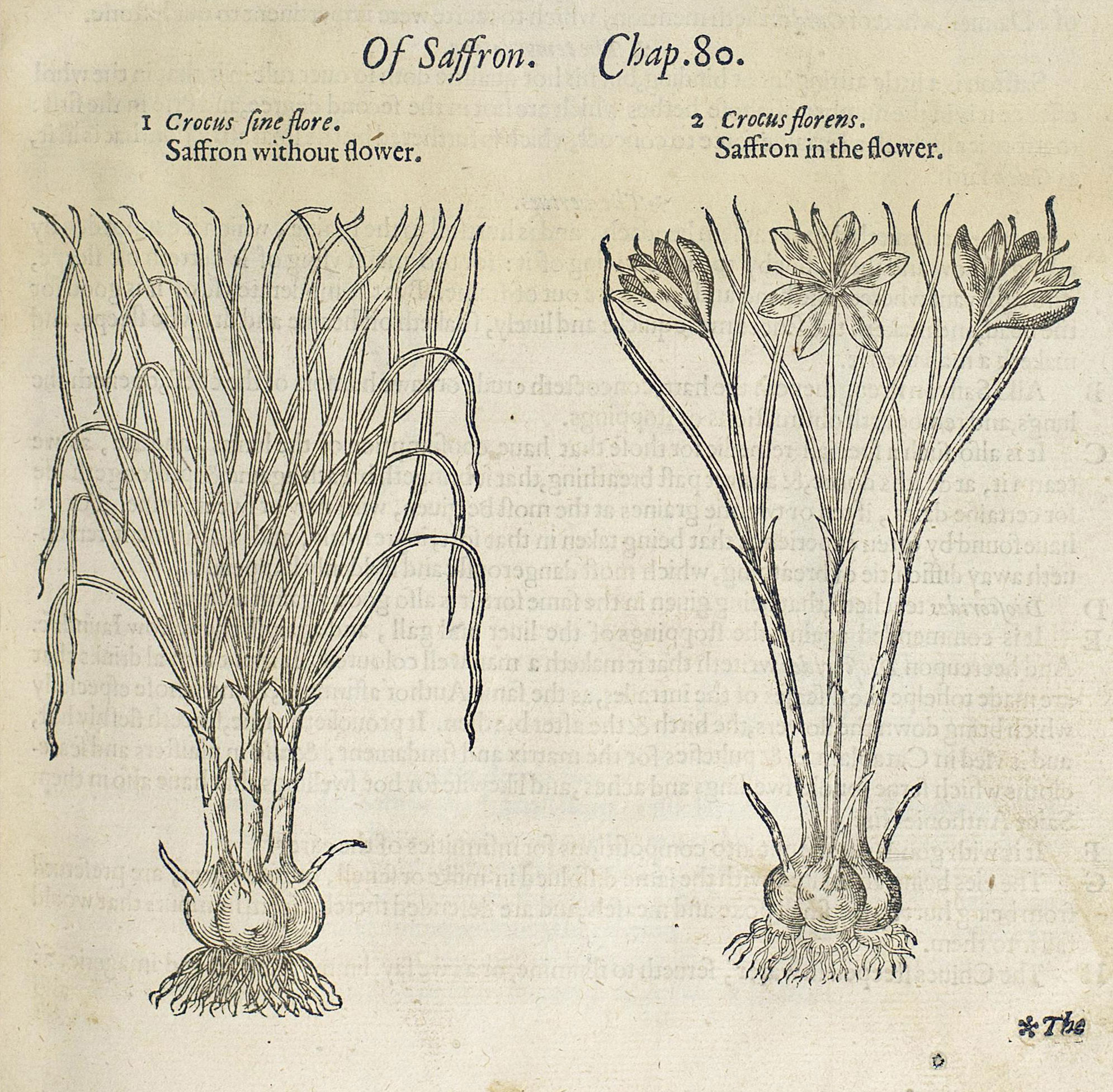 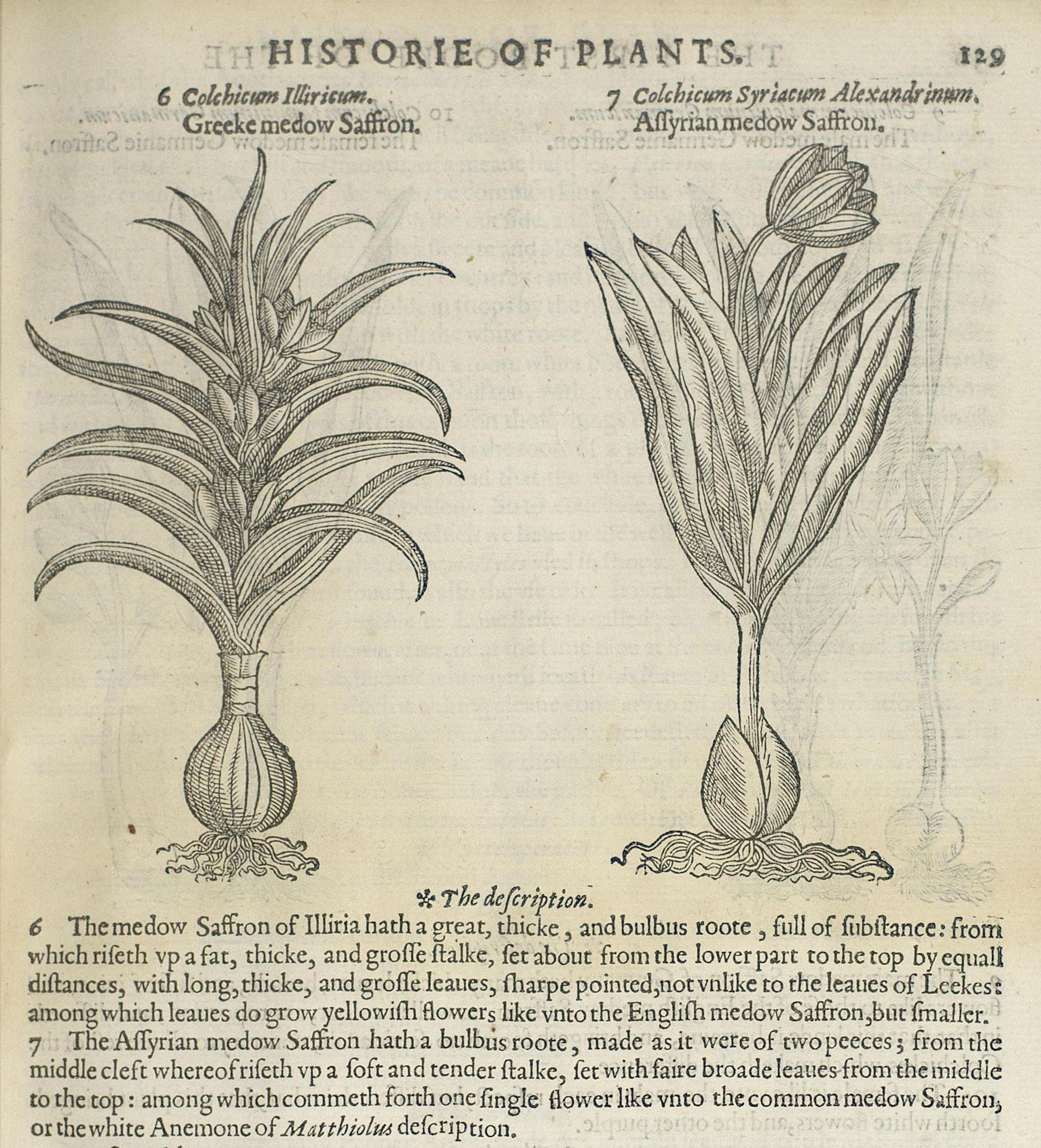 Beer enthusiasts may be interested in this description and illustrations of hops: 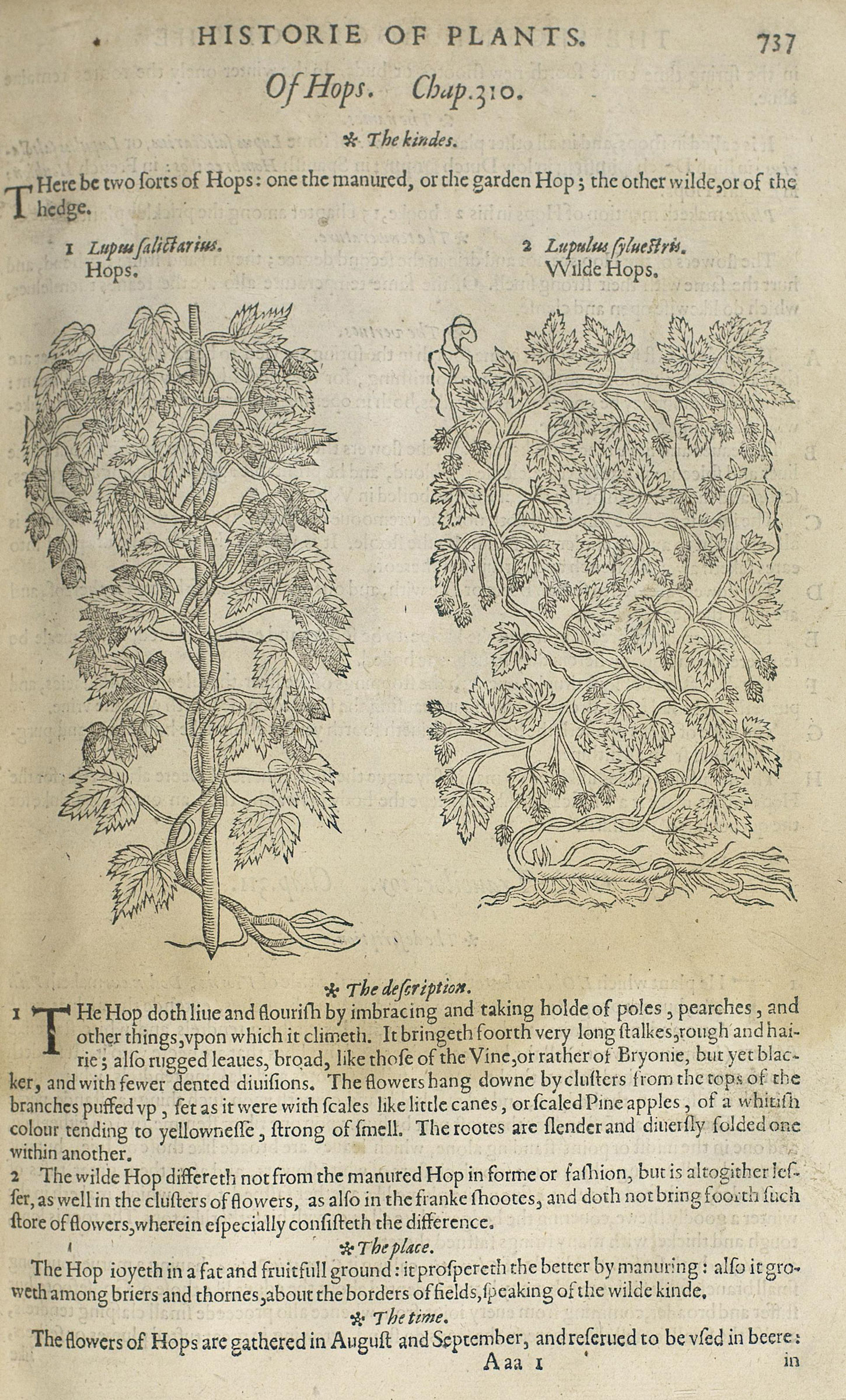 Finally, here is the book’s illustration of an almond tree: 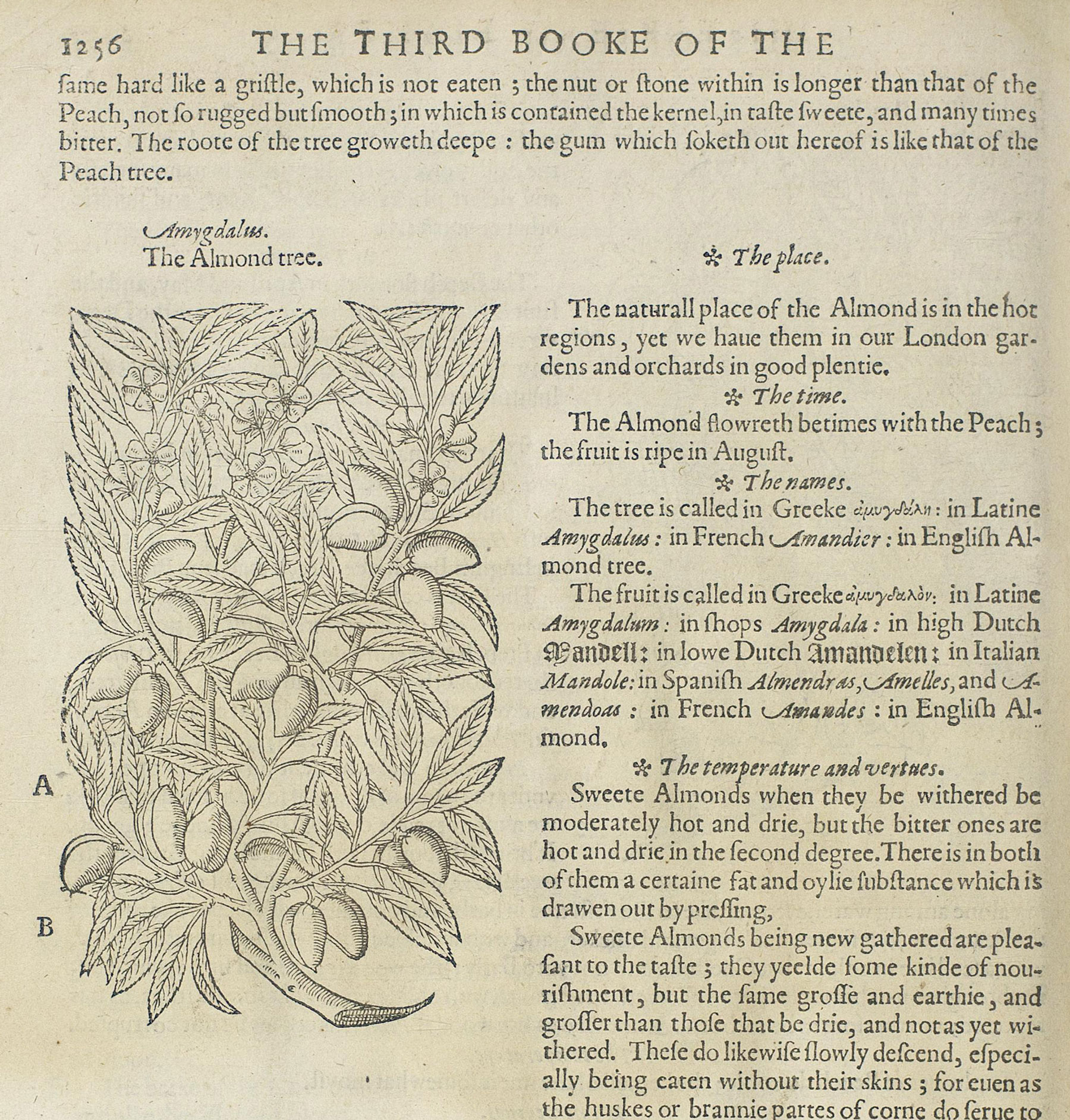