The following images, part of UBC Library Archive’s Haweis Family fonds (PDF link), are from of a series of images taken by Rosetti Photographic Studios in Vancouver’s Stanley Park in 1912.

Lionel Haweis emigrated to Canada from England in 1907, where he opened Rosetti Photographic Studios on Pender St., and later on Robson St. In 1918 he was appointed to the staff of UBC Library, retiring in 1939. He was well-known in the literary life in Vancouver as founder of the UBC Arts and Letters Club, and a member of various literary clubs, the Little Theatre, and the Vancouver Overseas Club. In addition to his earlier writings he also authored an Indian ballad (Tsoqualem) and a play (The Rose of Persia). He died in 1942.

The Stanley Park images are currently available in the Rosetti Studios – Stanley Park digital collection and Digital Initiatives is in the process of rescanning the original glass plate negatives, and will soon be updating the collection with beautifully high resolution images that better preserve the incredible detail captured in the original negatives.  Interestingly, while re-scanning we noticed that the handwritten captions were actually written backwards directly onto the negatives (which we have scanned and digitally inverted to produce the images below).

While the first image looks like it could have been taken yesterday, the conspicuous absence of the Lion’s Gate Bridge (not to mention all of North and West Vancouver) in the second image, and the classy old McLaughlin(?) in the third really give them away. 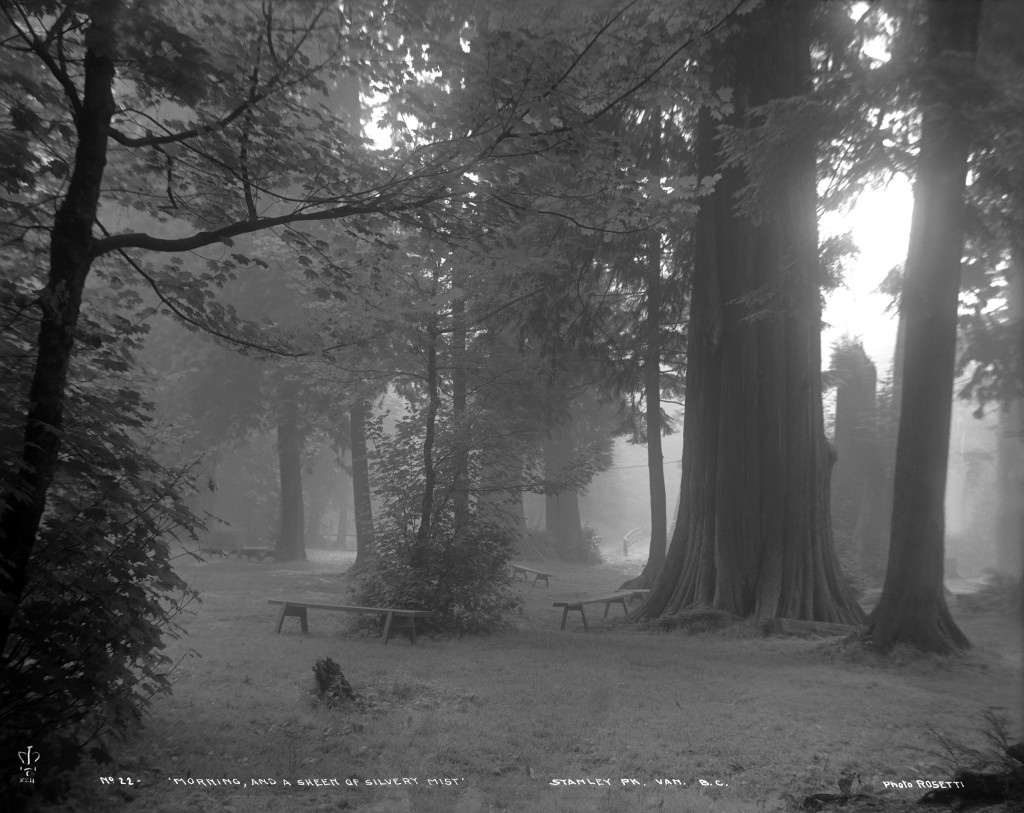 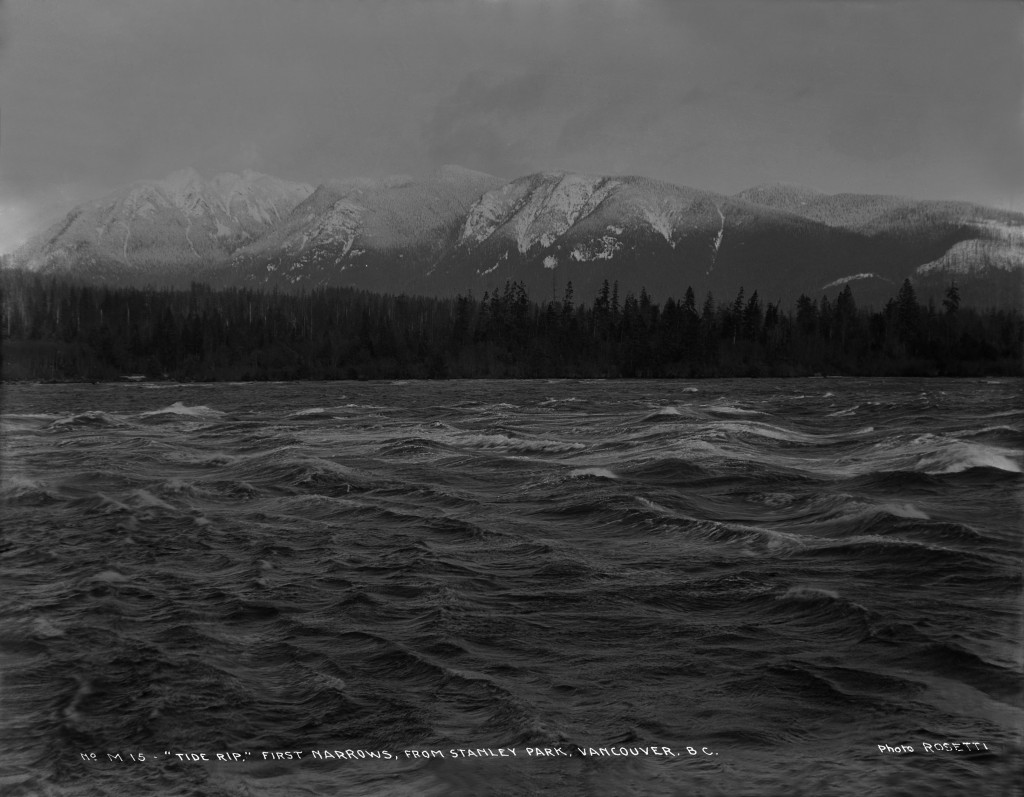 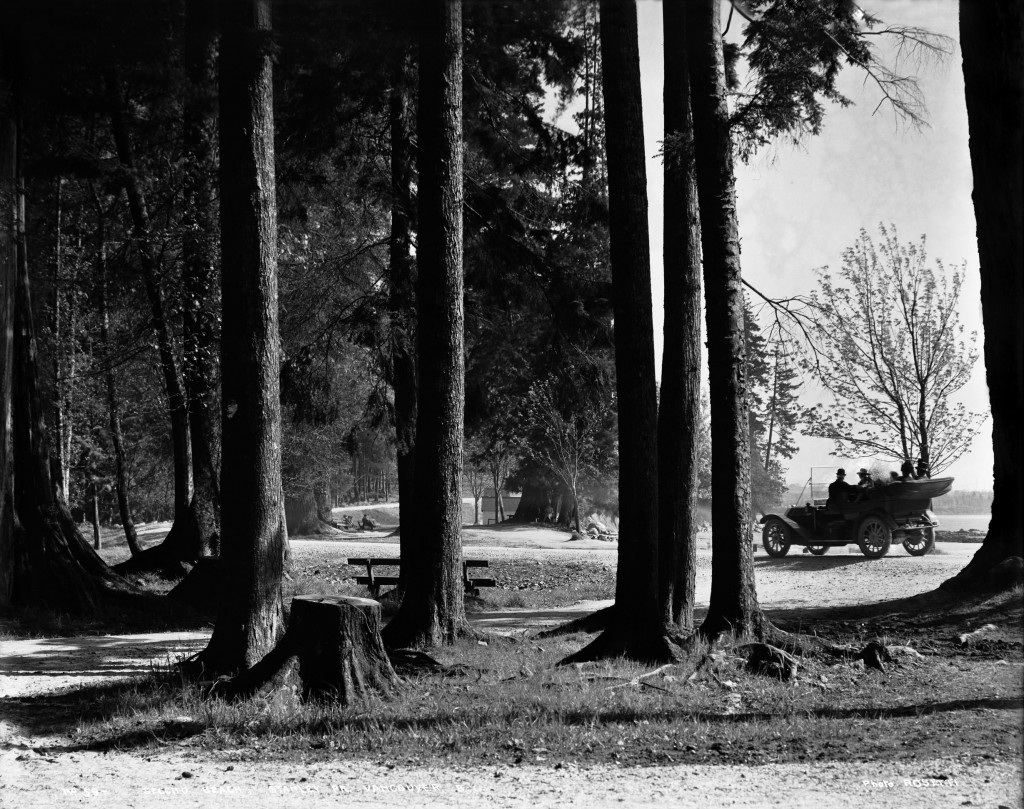