Maybe you’ve heard the buzz here. Maybe you’ve got a hankering for learning a little more about ancient dinner invitations or old papyri from Egypt- either way you’ve come to the right place! This week’s blog is all about the newly digitized ancient artifacts up on our website right now!

The two ancient papyri pieces, believed to have originated in the second century AD, have been stored at one of our favorite collaborators, Rare Books and Special Collections, since 1932. Historian (and skilled papryrologist!) Arthur Edward Romilly Boak, in conjunction with the University of Michigan where he was a professor, donated the papyri in 1932 to the UBC Library.

The first scrap is an invitation to a Sarapis dinner – a.k.a a dinner honoring the Egyptian God Sarapis who represented both abundance and resurrection. 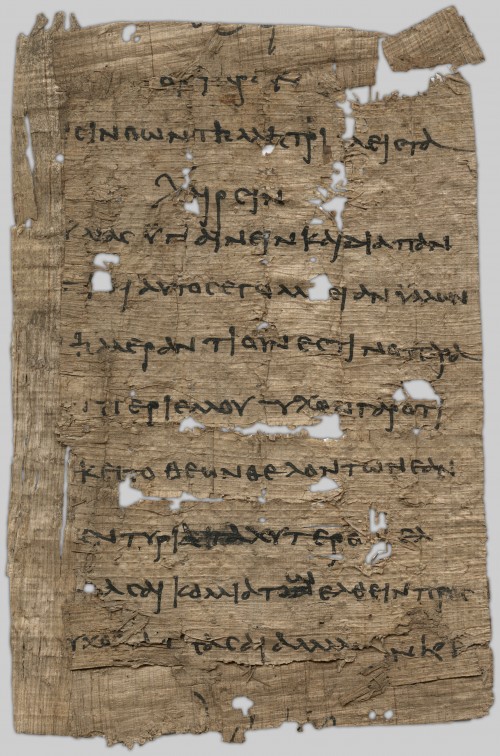 Invitation to a dinner honouring a god …Translation: Ancient Egyptians like to party down

The second is a fragment of a letter from an anonymous writer to his/her mother. As with all letters written to mothers, the writer promises come visit soon and in turn asks the mother visit the writer at their home as well. 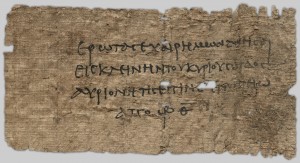 Whether it’s AD or BC letters to your mother never change.

These letters remained under wraps until 2014 when Classics PhD student Chelsea Gardner went to RBSC to check out out more about Stone to Screen projects here!

One of the genius (is genius-superhero going too far?) librarians at RBSC told Gardner about the papyri. Gardner alerted Professor Toph Marshall to the papyri, and he has since written a paper on them and submitted it for publication.

These papyri are part of a collection known as Ancient Artifacts. Stay tuned for more information on the cuneiform tablets, mentioned above, coming soon!