This two-part series features some of the earliest Canadian Pacific Railway (CPR) stations in Canada. While some stations were demolished, some stations survive. However, they formed an important part of early Canadian railway history. This week, we are going to explore the Chung collection and dig for hidden gems – CPR stations in British Columbia.

The photograph depicts people gathering to celebrate the arrival of the first through passenger train of the Canadian Pacific Railway in Vancouver on May 23rd, 1887. 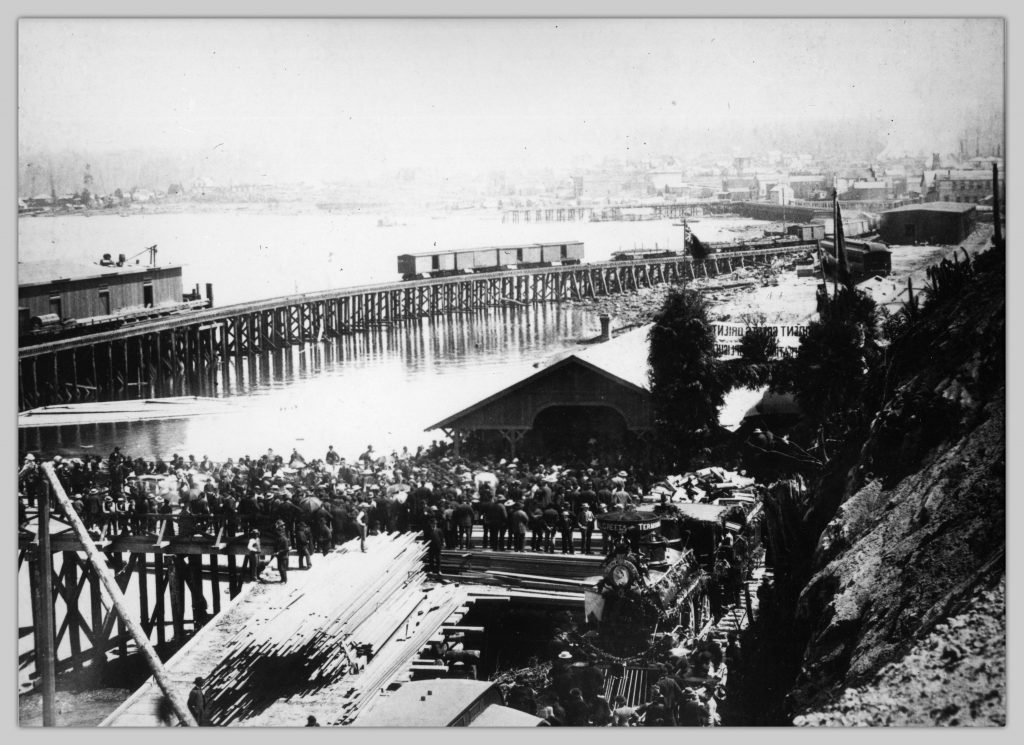 The location of the first Vancouver station and three residences is transcribed on the photograph – corner of Hastings and Howe Streets. 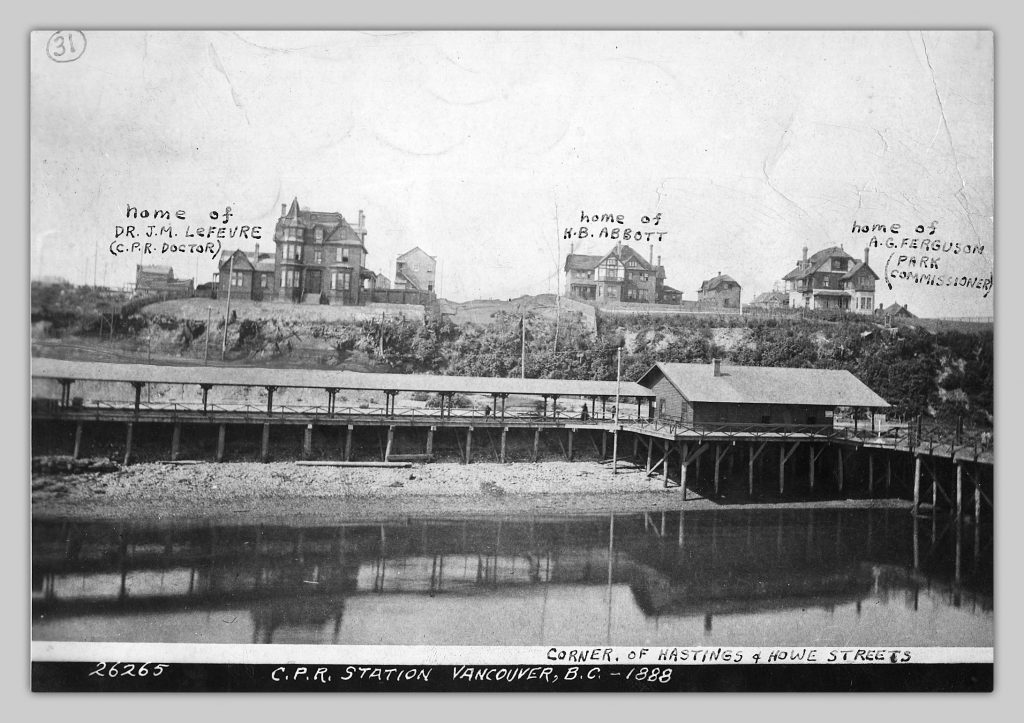 Meanwhile, this photograph depicts the railroad station and wharf with train and horse-drawn carriages. 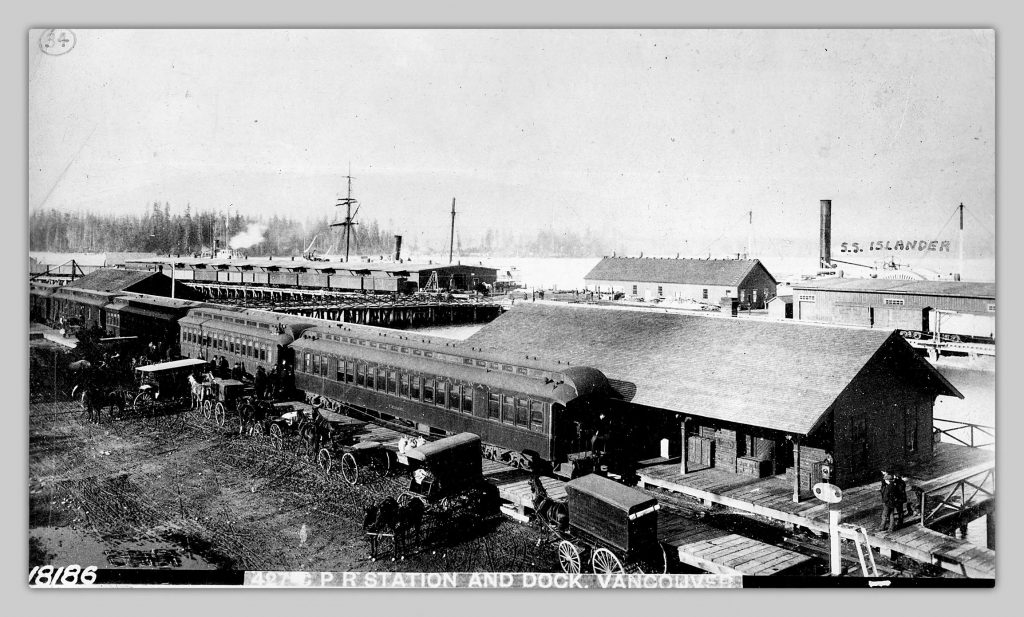 The postcard and photographs depict a Château style station which is the second CPR station in Vancouver. This station located at foot of Granville Street lasted for 16 years and closed in 1914 when the third CPR station was built next to it. 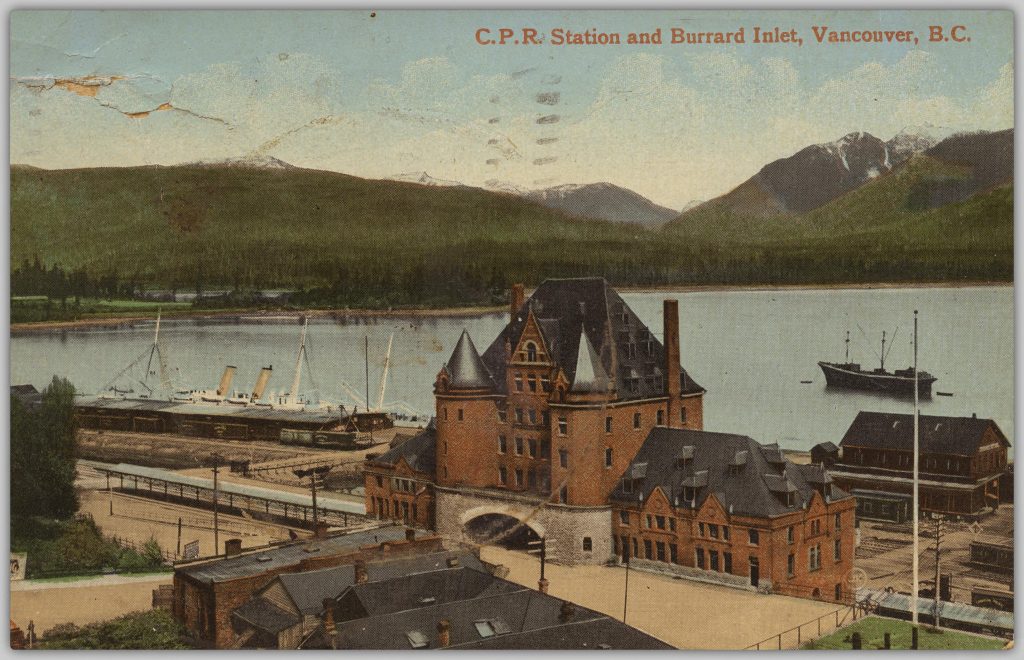 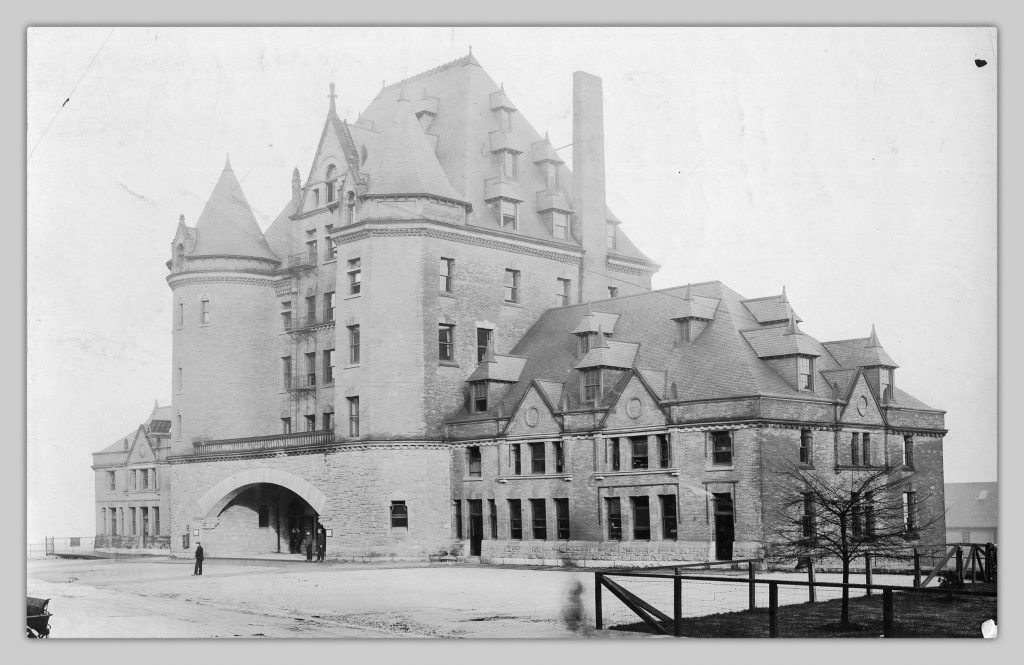 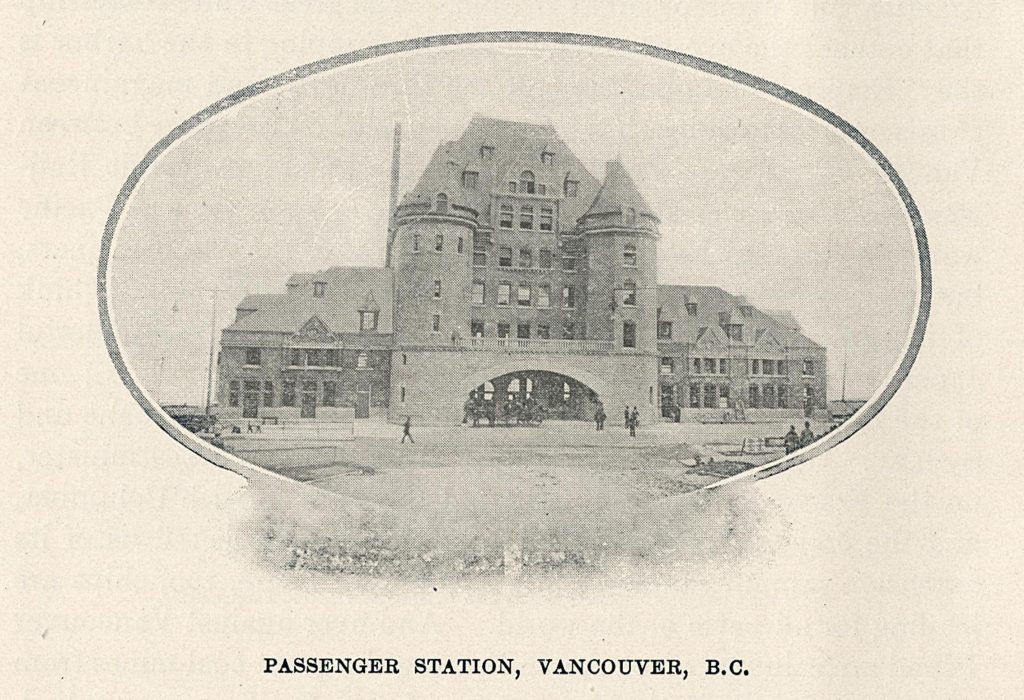 The new highway to the Orient, across the mountains, prairies and rivers of Canada, 1905 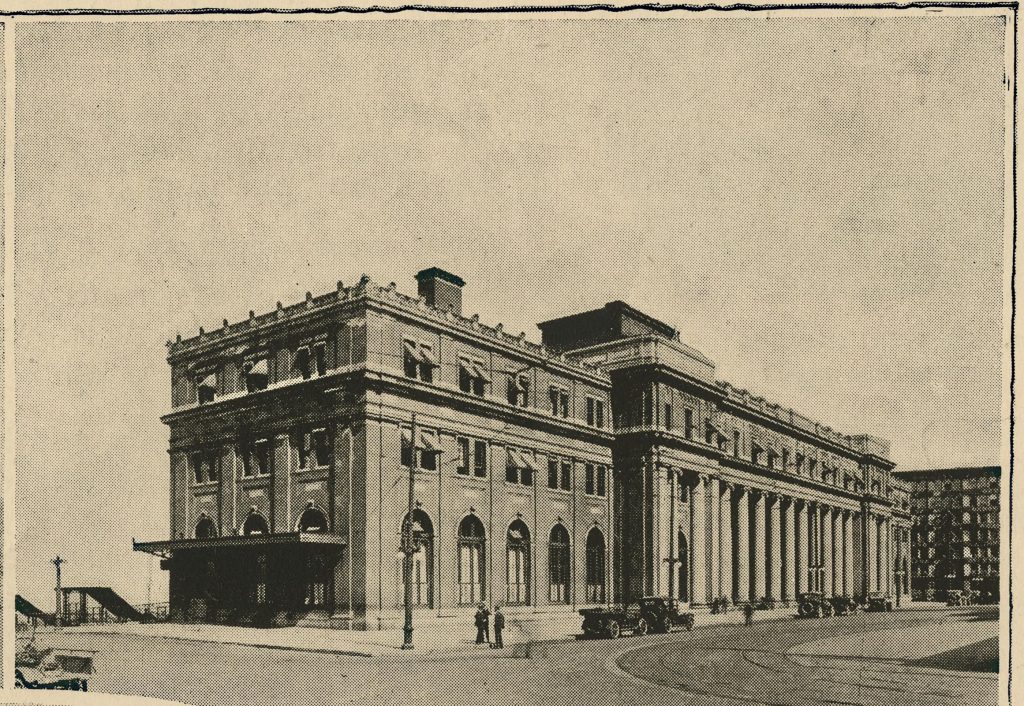 The photograph shows the North view of the 1950s station with two railroad locomotives in the foreground. 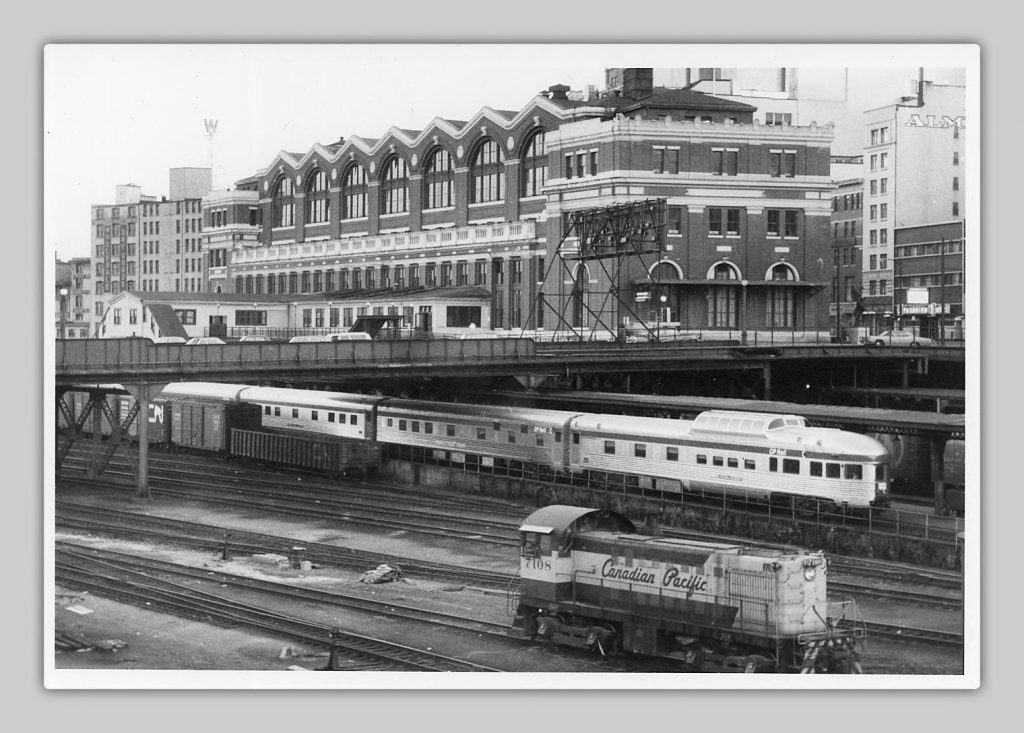 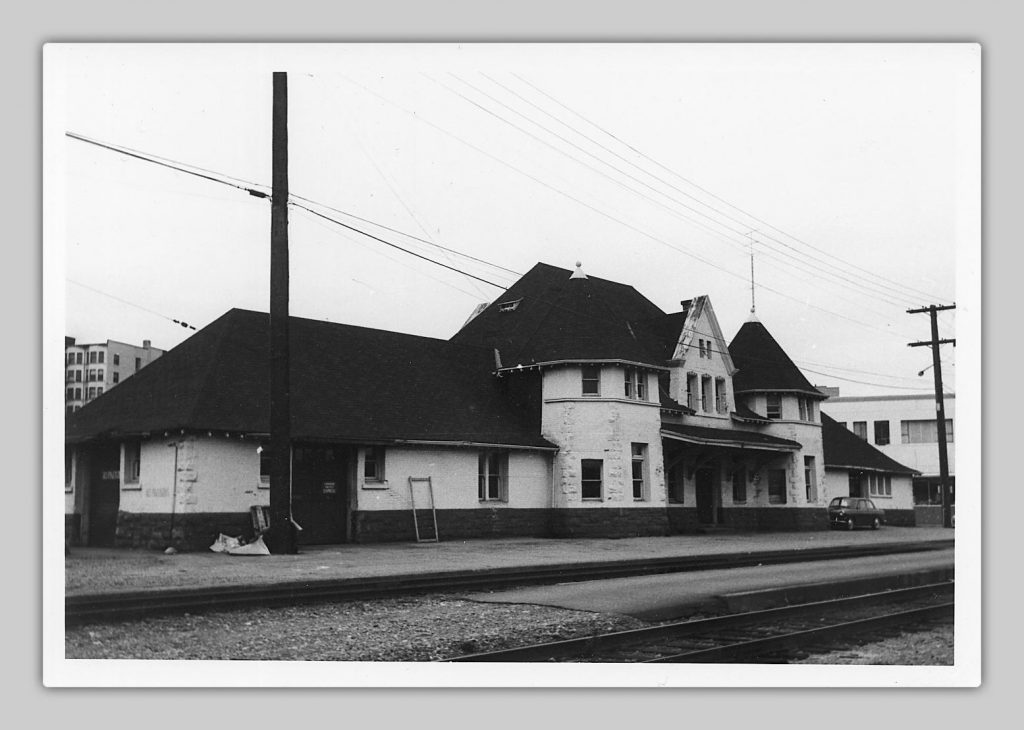 If you wish to explore further, please visit The Chung Collection to conduct keyword searches:

We hope this blog post provides you with some helpful starting points for learning the history of public transportation in British Columbia. Come back next week for more CPR stations in other provinces.