The BC Historical Books collection contains the digitized bibliographies of British Columbia. In the collection, there are 35 dictionaries related to BC History. Here, we will introduce some of our favourite ones!

Do you have the White or Yellow Pages at home? UBC Rare Books and Special Collections has a collection of city directories for British Columbia and Greater Vancouver area. For various reasons, the directories cannot be photocopied in RBSC. UBC Library has published microforms for the directories, which are available in the Koerner Library Microforms area.

In Open Collections, you can find 19 digitized directories that are used as the White or Yellow Pages by residents between 1877 and 1923. 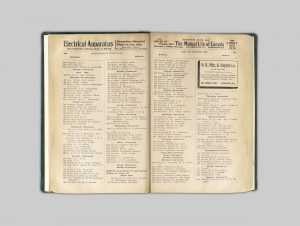 Henderson Publishing. Henderson’s city of Vancouver directory. Comprising an improved street and avenue guide, showing a complete index to system of house numbering and a complete street directory of the city, an alphabetically arranged list of business firms and companies, professional men and private citizens. And a classified business directory. Vol. XII, 1905.

We have digitized volume 2 to 5 of The geographical and historical dictionary of America and the West Indies written by Antonio de Alcedo (1735-1812) in Spanish and translated by George Alexander Thompson (1797-1828) in 1812. The Spanish soldier, who resided in Panama for part of his childhood while his father was the provincial governor, was interested in American geography and history, and wrote about his observation of “New World” into the 5-volume books. He called the reference books “a dictionary”.

In volume 3 from pp.214 to 223, you can find Antonio’s observation of Vancouver Island: 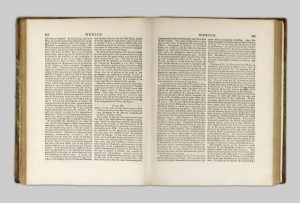 Alcedo, Antonio de & Thompson, George Alexander. The geographical and historical dictionary of America and the West Indies. Containing an entire translation of the Spanish work of Colonel Don Antonio de Alcedo, captain of the Royal Spanish Guards, and member of the Royal Academy of History: with large additions and compilations from modern voyages and travels, and from original and authentic information. In five volumes. Vol. III, 1812.

Chinook language is spoken by Chinookan peoples who reside in the Pacific Northwest in the United States, present-day Oregon and Washington State. Open Collections has 8 language dictionaries: 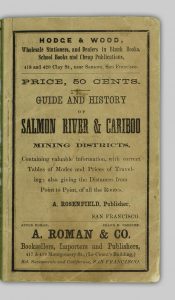 Lindley, Jo. Three years in Cariboo: being the experience and observations of a packer, what I saw and know of the country; its traveled routes, distances, villages, mines, trade and prospects. With distances, notes and facts, relative to the Salmon River and Nez Perces gold fields, 1862. 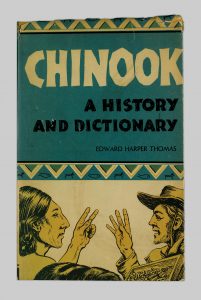 Thomas, Edward Harper. Chinook: a history and dictionary of the Northwest coast trade jargon. The centuries-old trade language of the Indians of the pacific. A history of its origin and its adoption and use by the traders, trappers, pioneers and early settlers of the northwest coast, 1935. 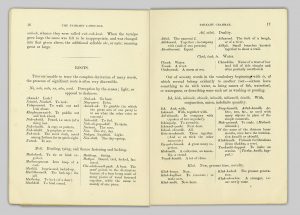 Kripe, C. Some account of the Tahkaht language, as spoken by several tribes on the western coast of Vancouver Island, 1868.

Secwepemctsín (Shuswap language) is spoken by Secwépemc (Shuswap) people, Indigenous people residing in the south central part of present-day British Columbia. We have one dictionary known to be written in 1925 by Jean-Marie-Raphaël Le Jeune, a Canadian Roman Catholic priest who traveled the Kamloops region. 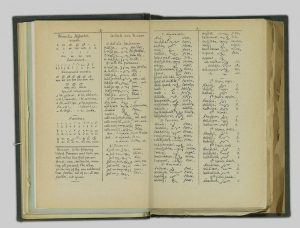 Charles Wallace Parker (1864-1932) was a great showman, and famous for the C. W. Parker Carousel operating in the Burnaby Village Museum. He compiled portraits and biographies of people who had contributed to Western Canada, such as politicians, railroaders, litterateurs, and merchants. 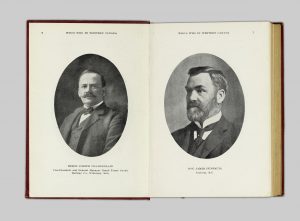 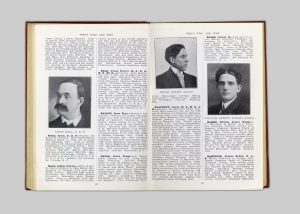 The dictionary about Canada before confederation consists of three sections: Index and dictionary, Manuscript sources in the Dominion Archives, and A partial list of scarce maps and plans relating to Canada. One of the authors, Sir Arthur George Doughty (1860-1936) was a Dominion Archivist (the head of Canada’s national archives, the present Library and Archives Canada). Another author, Lawrence Johnstone Burpee (1873-1946) was a historian, a civil servant, a librarian and a writer, and specialized in Canadian bibliography, geography and history. 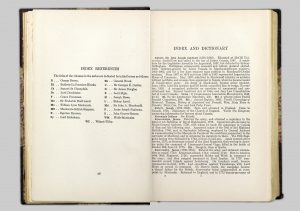 If you want to get historical references to Greater Vancouver/BC/Canada, please find our digitized dictionaries in the BC Historical Books collection!

One response to “BC-related Dictionaries”