An Ode to IKBLC

Digitizing content for our digital collections happens five days a week in the basement of the Irving K Barber Learning Centre (IKBLC) on UBC’s Vancouver campus. While we pass many hours in the Digitization Centre (here’s a bit about our work space from 2014), most of the digitization crew also spends a lot of time in IKBLC in general: the building includes the Music, Art, and Architecture Library, University Archives, Rare Books and Special Collections, and the School of Library, Archival and Information Studies. Plus, there’s a cafe. And gorgeous study spaces. And this building includes the Main Library, one of the first buildings on campus.

This is all to say, we pass our days in a pretty cool place, and this post is dedicated to our home away from home.

The library began as a concept for the Point Grey campus, and its construction was the result of student demonstrations in 1922 (now known as the Great Trek). 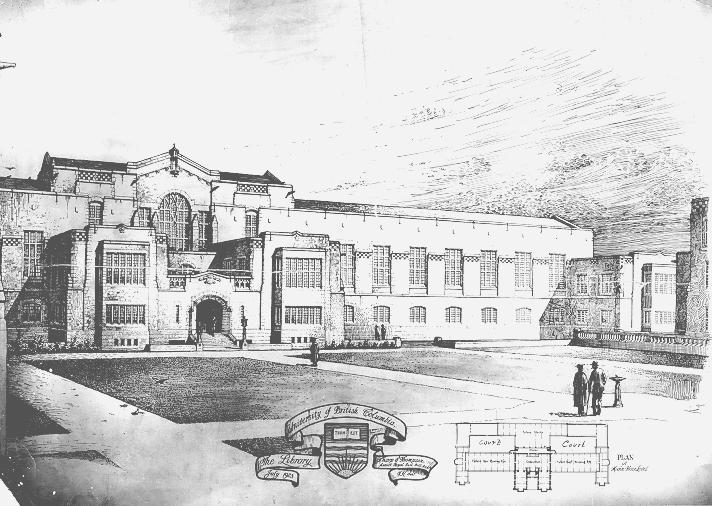 1923 Sharp and Thompson plan for the Main Library.

The building opened with the inauguration of the new campus in 1925. There are some interesting stories behind the library’s development leading to this point, including WWI spies and a public stand for the theory of evolution. There’s also a faked photo of the early library that was published in 1970s. 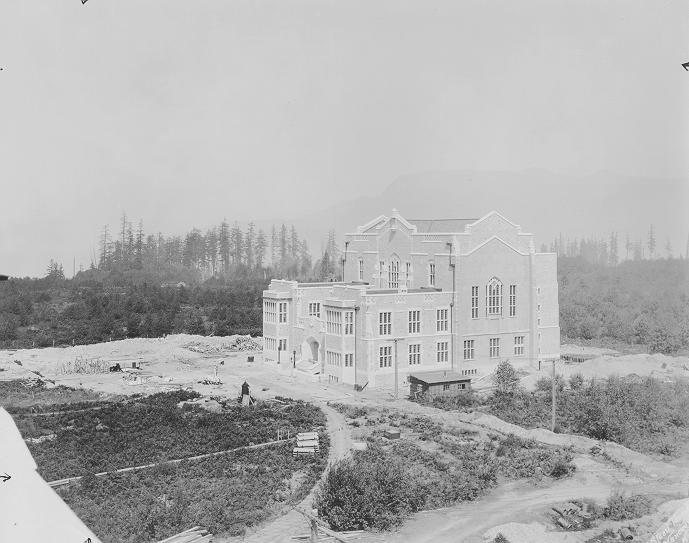 The exterior gained landscaping, including a pond, in its early years. There’s still a water feature today.

The original entrance, pictured here in 1931, remains a popular place for photos. 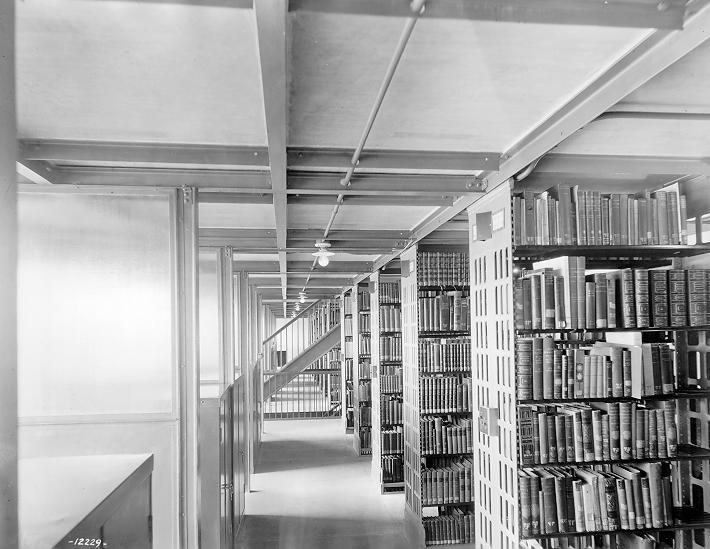 A rather captivating capture of angles in the library in 1929.

It appears this reading room did not change much in the first 20 years, although some artwork was later added to the walls. Today known as the Chapman Learning Commons, the long tables, stacks (the far right, dark area) and card catalogues (left, along the wall) are replaced by cozy chairs and computer terminals. The alcove room in the background (now called the Dodson room) holds many speakers and events. 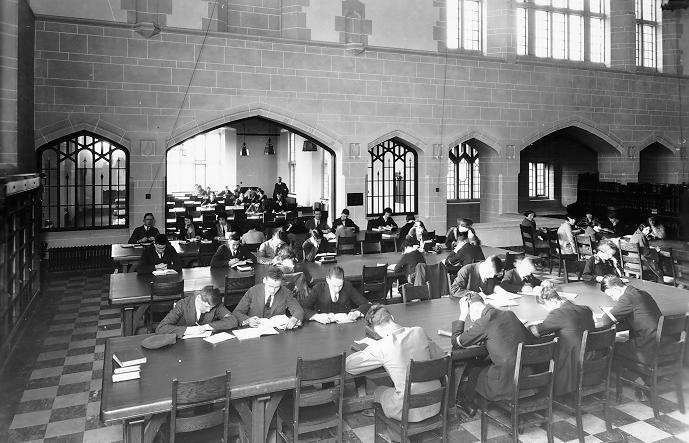 Reading room when the library opened in 1925.

There are a lot of technological advances in the history of this building, too, from the card catalogue and the bindery to the computer circulation terminal in 1965 (topt row), to the microfiche catalogue, the listening room, and the army of now-dated looking desktop computers in 2003 (bottom row). 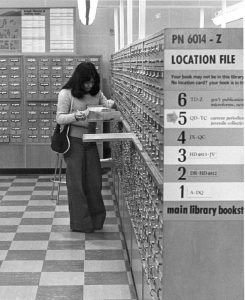 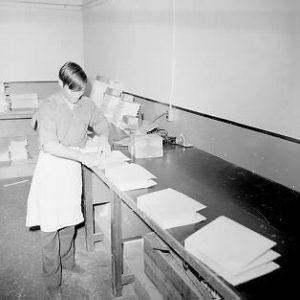 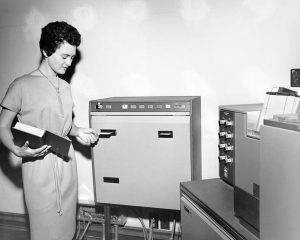 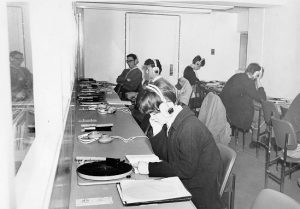 From 2004 – 2008 the wings, as well as much of the interior of the Main Library, were replaced with more modern architecture and amenities (this can be seen on the IKBLC website) to become the space we know and love today.

If you’re as into this building as we are, there’s plenty more to see and read! We shared some highlights of its 94-year life pulled from the rich histories produced on campus: UBC Archives provides photos and renderings and information about the development of the building itself in the Building the Main Library 1923-1925  and the Main Library Architectural Drawings (1923-1964) collection, and the UBC Library also has an in-depth historical timeline for all the details of the Main Library and other branches. You can even take a virtual tour of the building. 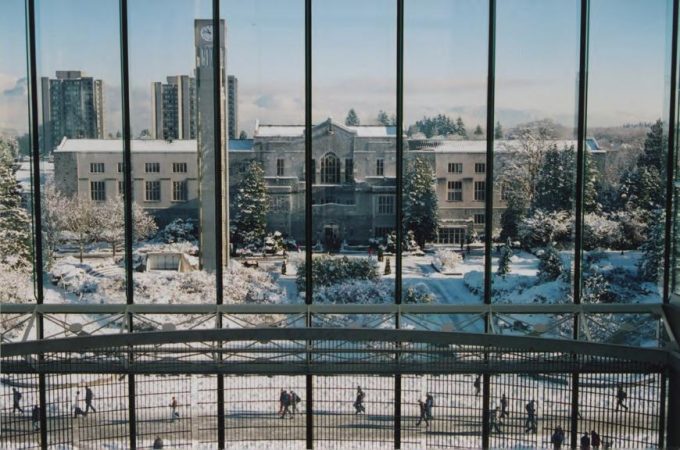 View of building before the original wings were demolished, taken in 2002 from the Walter C. Koerner Library.

3 responses to “An Ode to IKBLC”