One of the most common assumptions about digitization is that entire collections can be scanned without prioritization. Collection assessment and evaluation is essential before proceeding with any project. In the case of Chinese rare books, as more and more volumes are scanned and made accessible online, it is important to evaluate proposed digitization projects to avoid duplication. The amount of time it takes to complete a project is also commonly underestimated. For those unfamiliar with the process, is it often assumed that books can easily be digitized en masse. While scanning and editing a single book can take several hours, inputting the descriptive metadata necessary for the discoverability of books can be a time-consuming process; this increases in complexity as books become more rare and unique. There is also substantial preparation work that needs to take place before a project begins, such as selecting items for digitization, assessing their condition and preparing them for the digitization process.

The Chinese Rare Books collection illustrates just how time-consuming these projects can be. There are over 60,000 volumes of Classical Chinese books held by the UBC Asian Library. From this large collection, the UBC Library Digitization Centre has digitized 580 which are now accessible on UBC Open Collections. This work was completed in stages, consisting of multiple projects, that lasted over three years. The digitized items were selected mainly from two collections held by the UBC Asian Library: the Puban and the Pang Jingtang. The Puban was originally part of a larger private library consisting of census and historical materials related to Guangdong Province. The Pang Jingtang is a small, private collection, mostly consisting of material produced prior to 1796, including many Ming editions and manuscripts.

For this blog, we would like to highlight and provide context for some of the Chinese Rare Books available on Open Collections.

This image is from the fourth volume of a 20-volume set of manuscripts of the Chinese Five Classics. The seal in the image indicates that this set came from the library (文源阁) in the Old Summer Palace. These were the only copies to survive the destruction of the Old Summer Palace during the Second Opium War in 1860.

The next image is from one of the most popular editions of the first Chinese dictionary “說文解字“, an early 18th century republication. It was collected and commented on by several scholars. 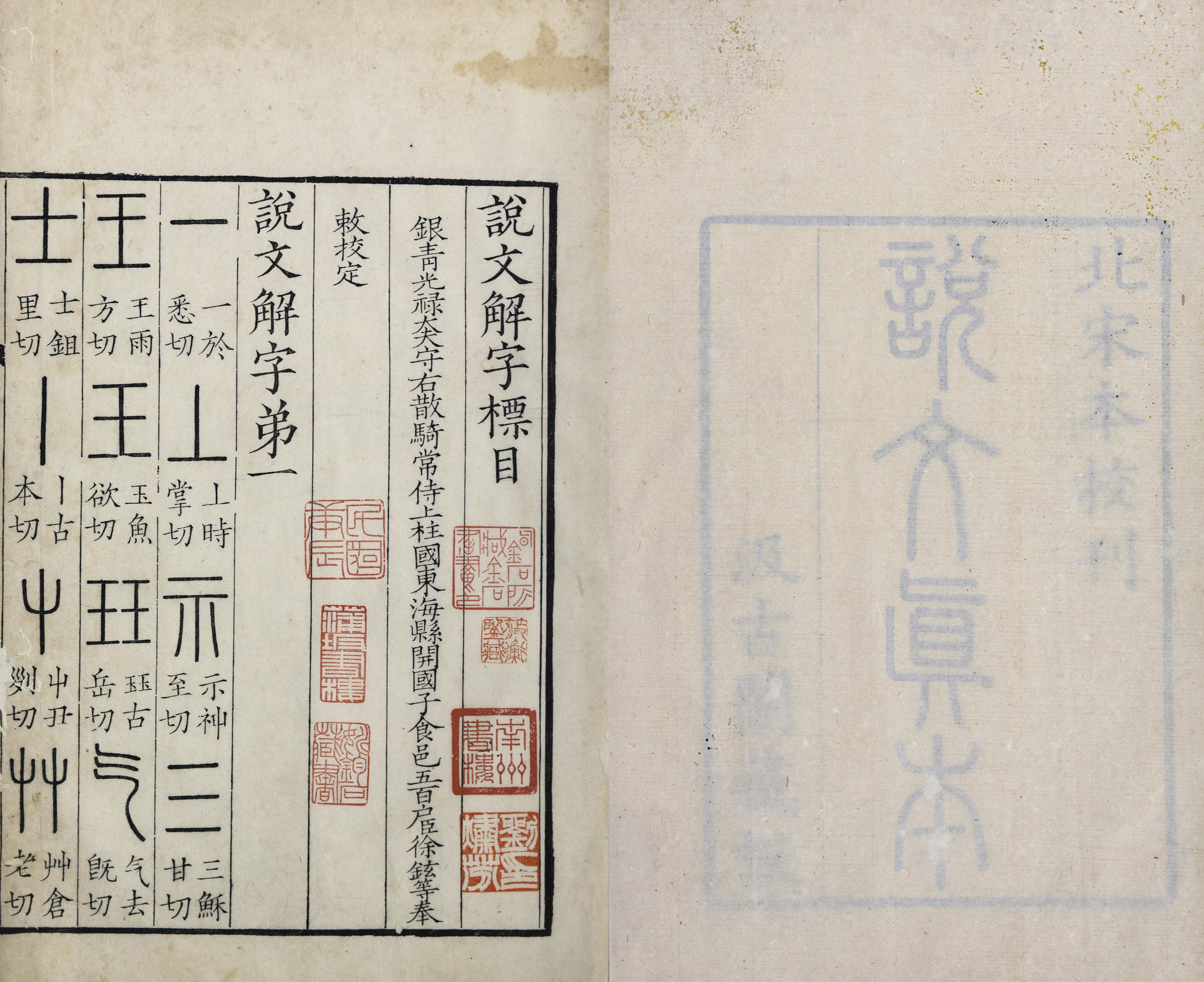 The illustration below accompanies one of a collection of 117 stories for the new Emperor Wanli (萬曆皇帝 1563-1620). Each story is paired with an illustration, and was intended to teach him how to be a good Emperor. 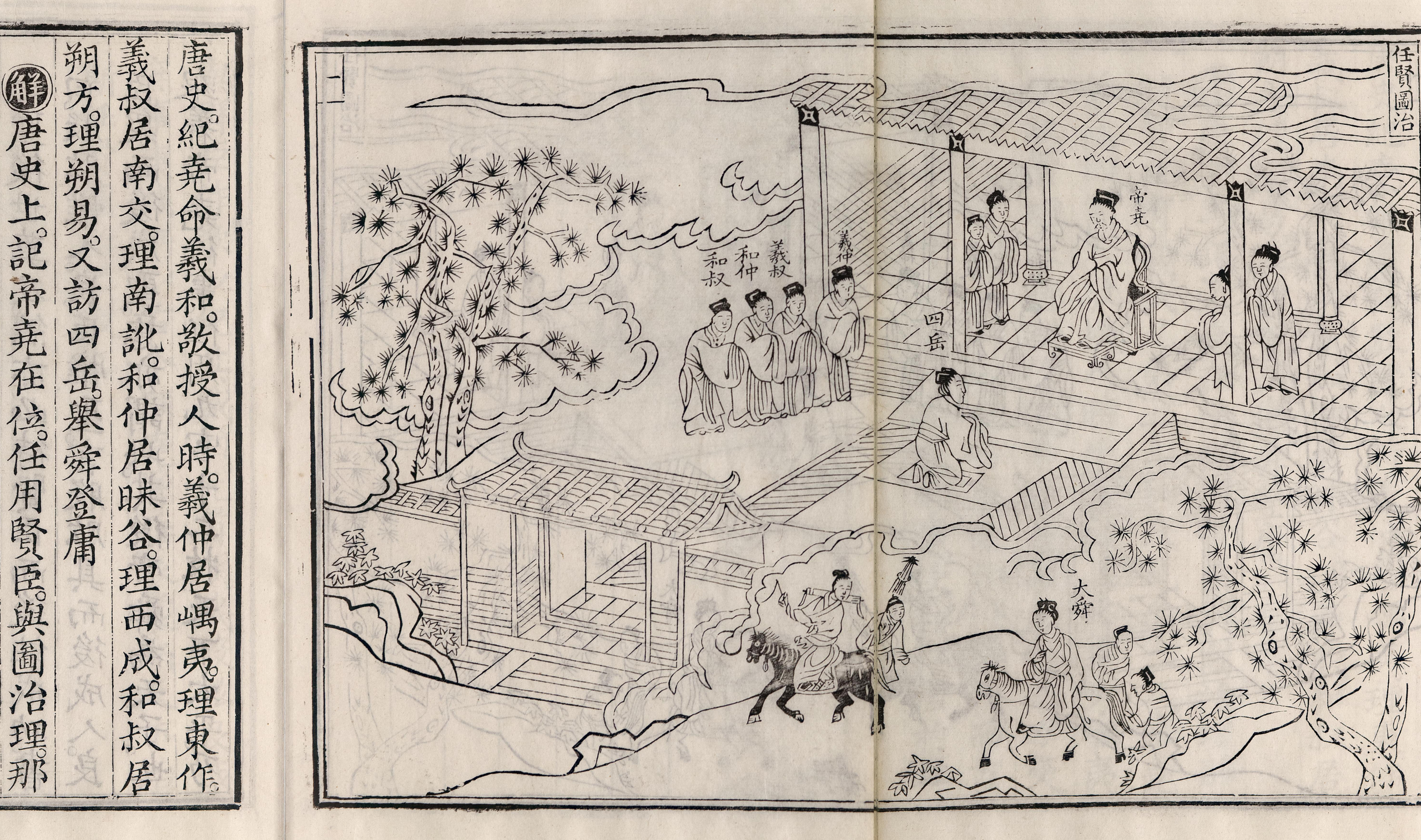 This next item is an early 17th century Ming dynasty color printing of a collection of Tang Dynasty quatrain poems. This style of poetry is characterized by a four-line stanza with alternating rhymes. The structure is clearly visible in the image below. 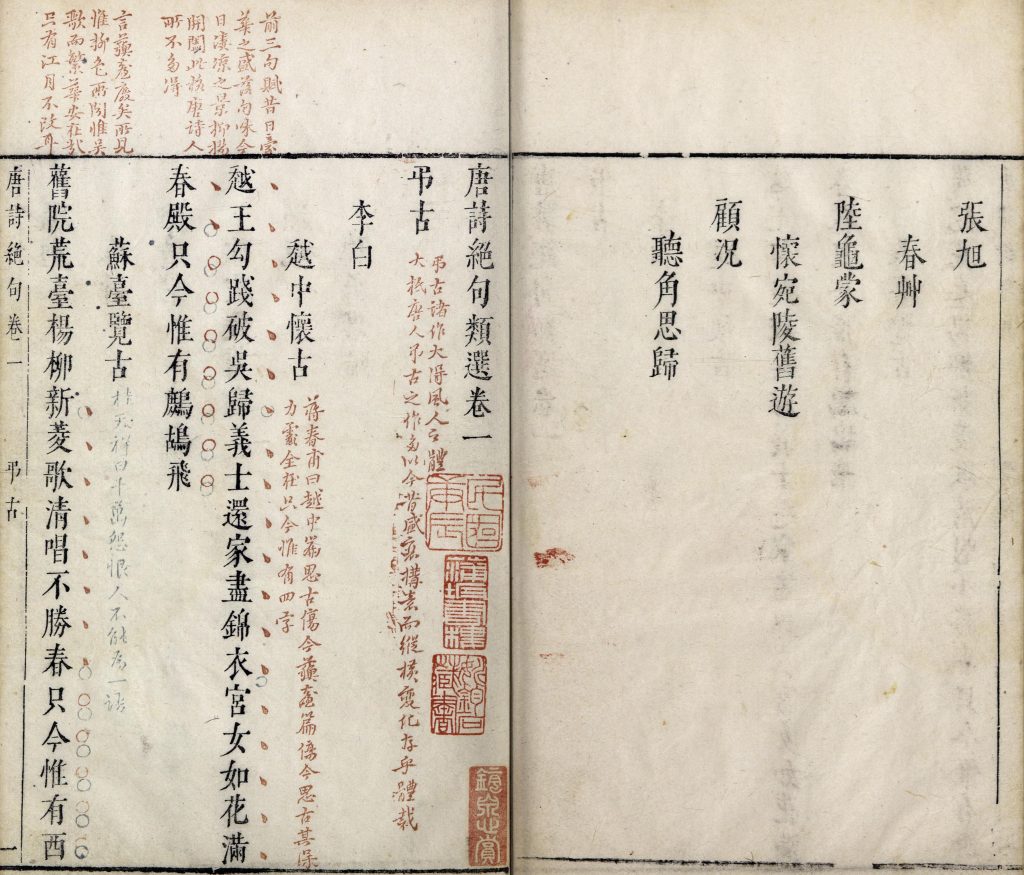 The following illustration is from a collection of memorials composed by the friends of Zhang Qiao (張喬, 1615-1633). Zhang Qiao was a celebrity in the City of Guangzhou (Canton) in the early 17th century, but died at the young age of 18. 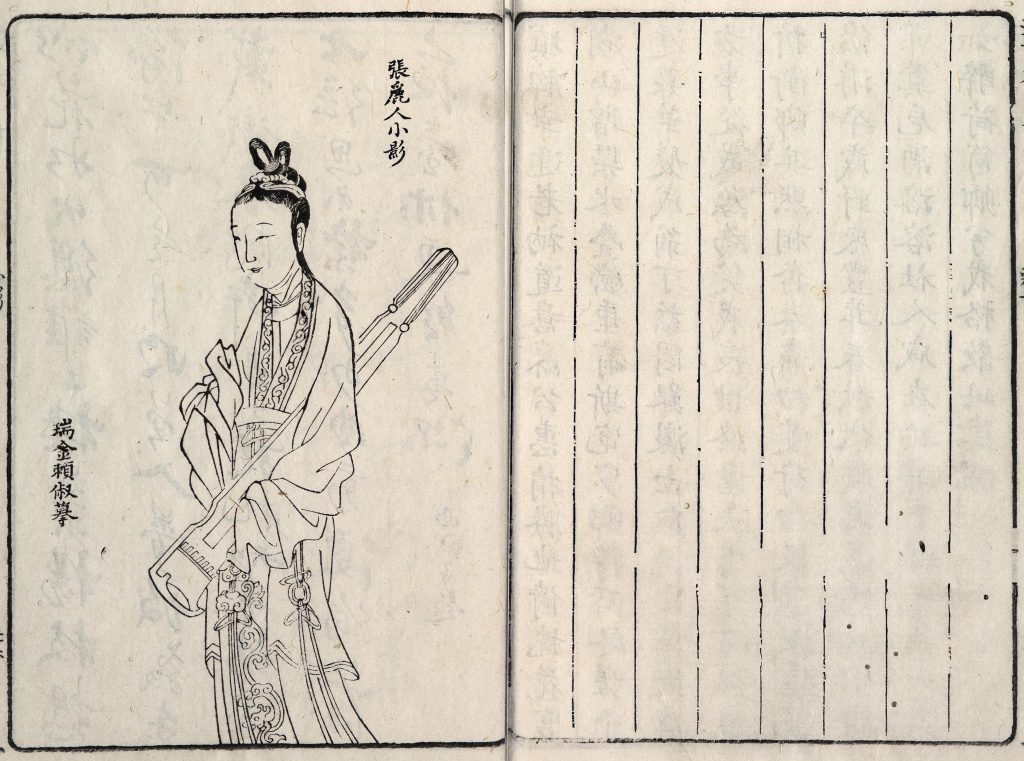 A big thank you to Ya Min Wu of UBC Library Technical Services for his assistance in selecting and describing this content and for the Chinese language contribution.