How We Digitize: Vintage Vancouver and a Video

We’ve got a special treat for the blog today! An advance peek at new digitizations:

This hand tinted shot of Vancouver taken between 1925 and 1933 is from some of the Uno Langmann Collection items awaiting digitization. It is a panorama taken from the Boundary Road and Trinity Street area showing much of Vancouver proper as well as North Vancouver.

From the photo you can see a clear view of the Lions mountains. In the lower righthand side you can see what is today known as the Second Narrows train crossing bridge. It is one of the few things that date the photo. The original bridge was constructed in 1925 mainly for train travel, and was the first to connect Vancouver to the North Shore. After being hit a number of times by ships passing through  it was bought in 1933 be the government, and had a lift section added- which is not seen here.

Here’s a video of the image being scanned. Curious? Learn more about our scanners!

On the left side of the photo you can see the Giant Dipper, a rollercoaster built in 1925, in what is now the PNE, but was then known as the Vancouver Exhibition. It  was demolished in 1948 to make room for an expanding Hastings Racecourse track.

There is also something missing from this photo. The Lions Gate Bridge isn’t hidden behind the clouds, it wasn’t built until 1938. 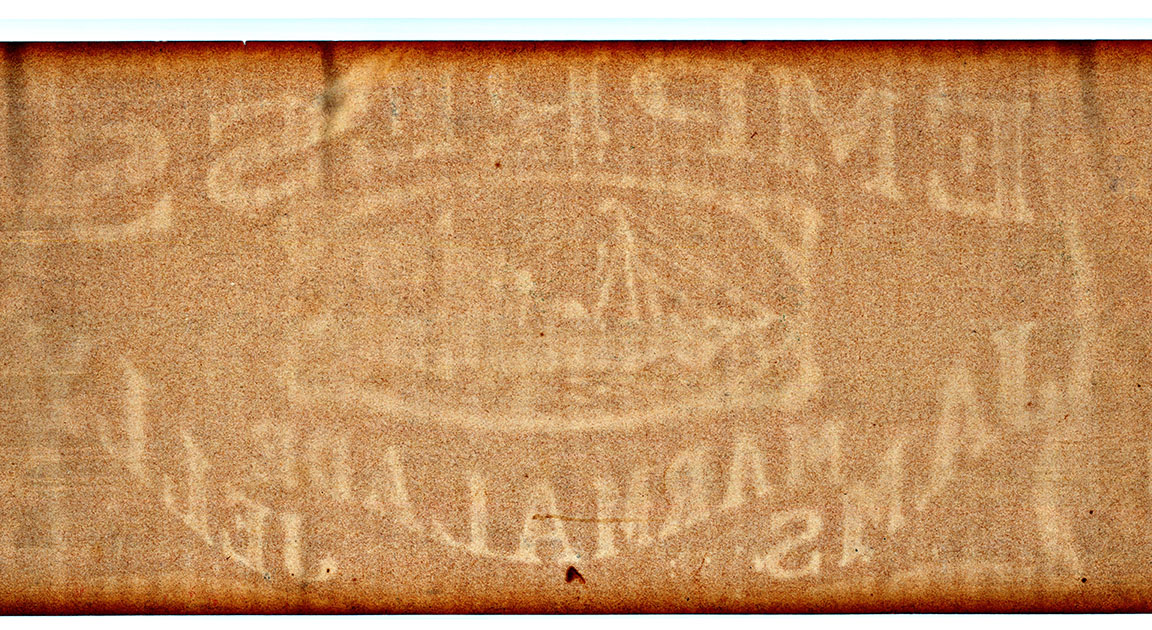 This photo has been edited to make the image easier to see – It is extremely faint in the original scan.

Other cool things to note about this image – it was printed on the back of “Empress Jam” cardboard. Empress Manufacturing Co., Ltd.,  imported coffees and made local jams and jellies and one of the earliest and most successful of the local food supply companies.

One response to “How We Digitize: Vintage Vancouver and a Video”