By Alexandra Kuskowski on January 7, 2016

One of the best things about Open Collections is the amazing amount of images and items focused on the local area. It’s easy to look back in time. Our Now & Then blog for example is a fun way to see how the UBC campus has changed.

We’re turning our time machine to another beloved local landmark, Stanley Park. The park, which was dedicated over 125 years ago in 1888, has been a gathering spot long before settlers arrived.

Originally home to First Nations peoples the park land has evidence suggesting habitation up to 3,000 years ago. At the turn of the 17th century the settlements of Whoi Whoi and Chaythoos were removed to make was for the development of the area.

The landmark of Siwash Rock, located near  Third Beach, was once called Slahkayulsh which translates to he is standing up. Oral histories relate to story of a fisherman was transformed into the rock by three brothers as punishment for immorality. 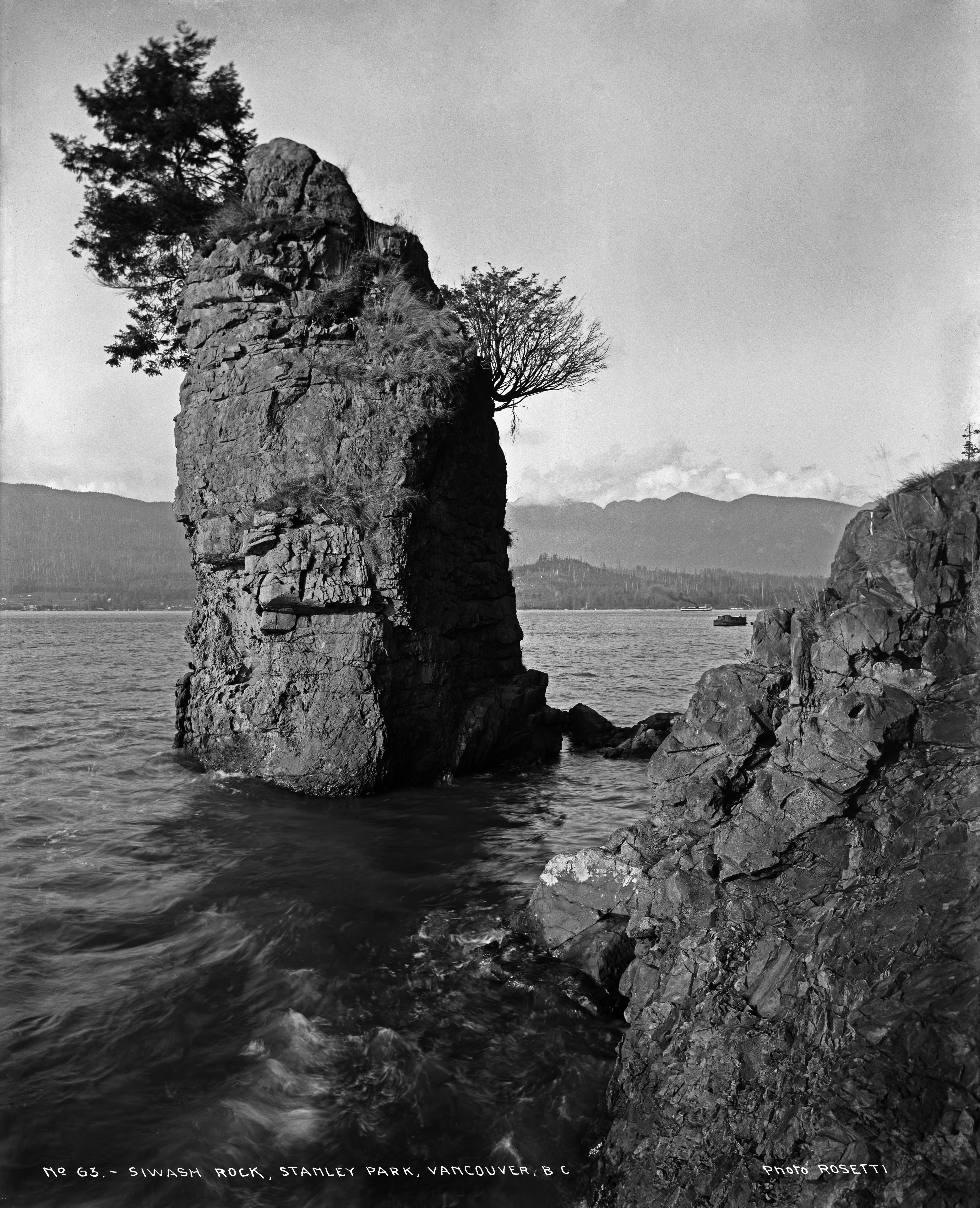 Much of the park is still densely forested. With half a million trees it’s close to what it was in the late 1800s. Some of the trees, which stand as tall as 76 meters (249 ft) and can are hundreds of years old. 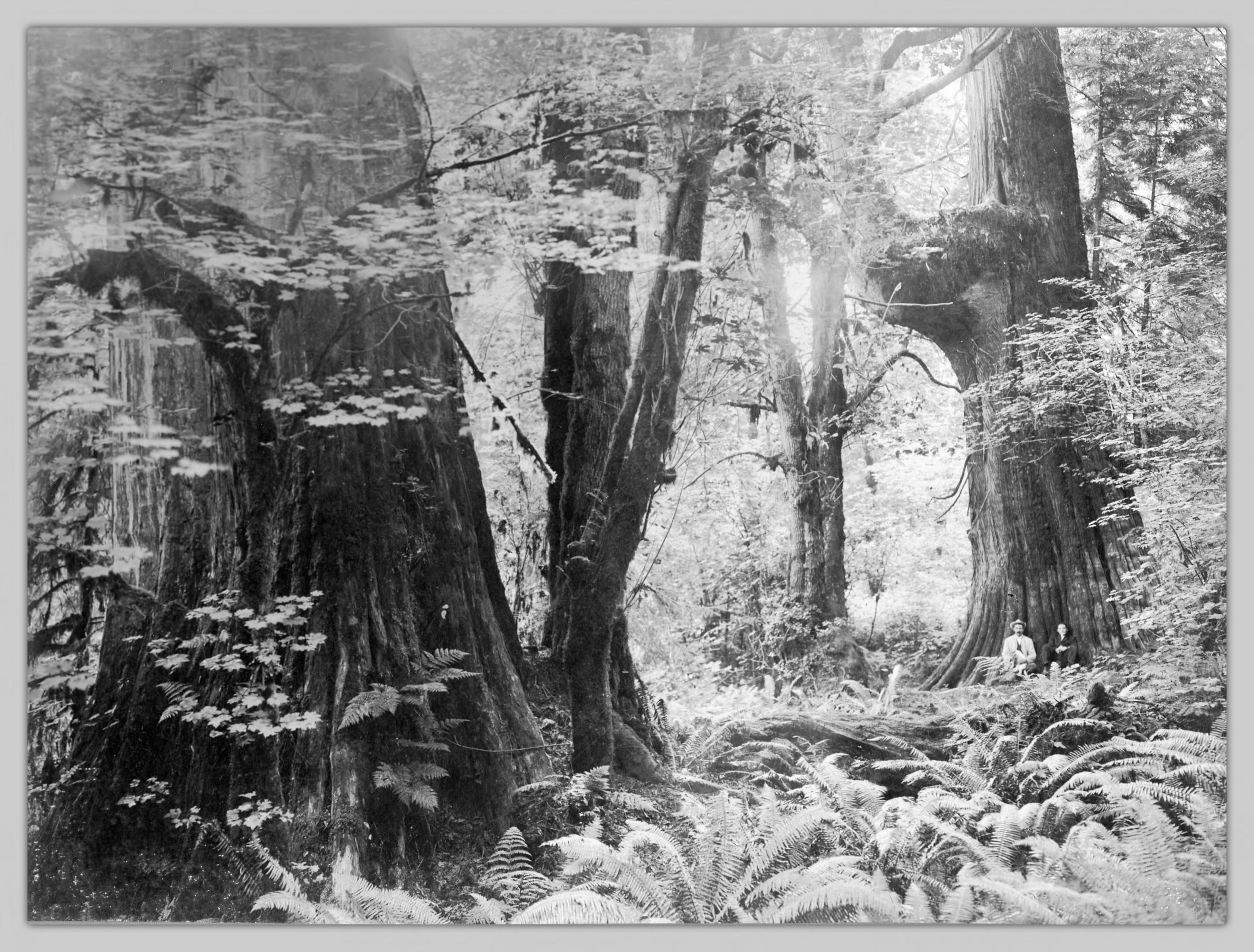 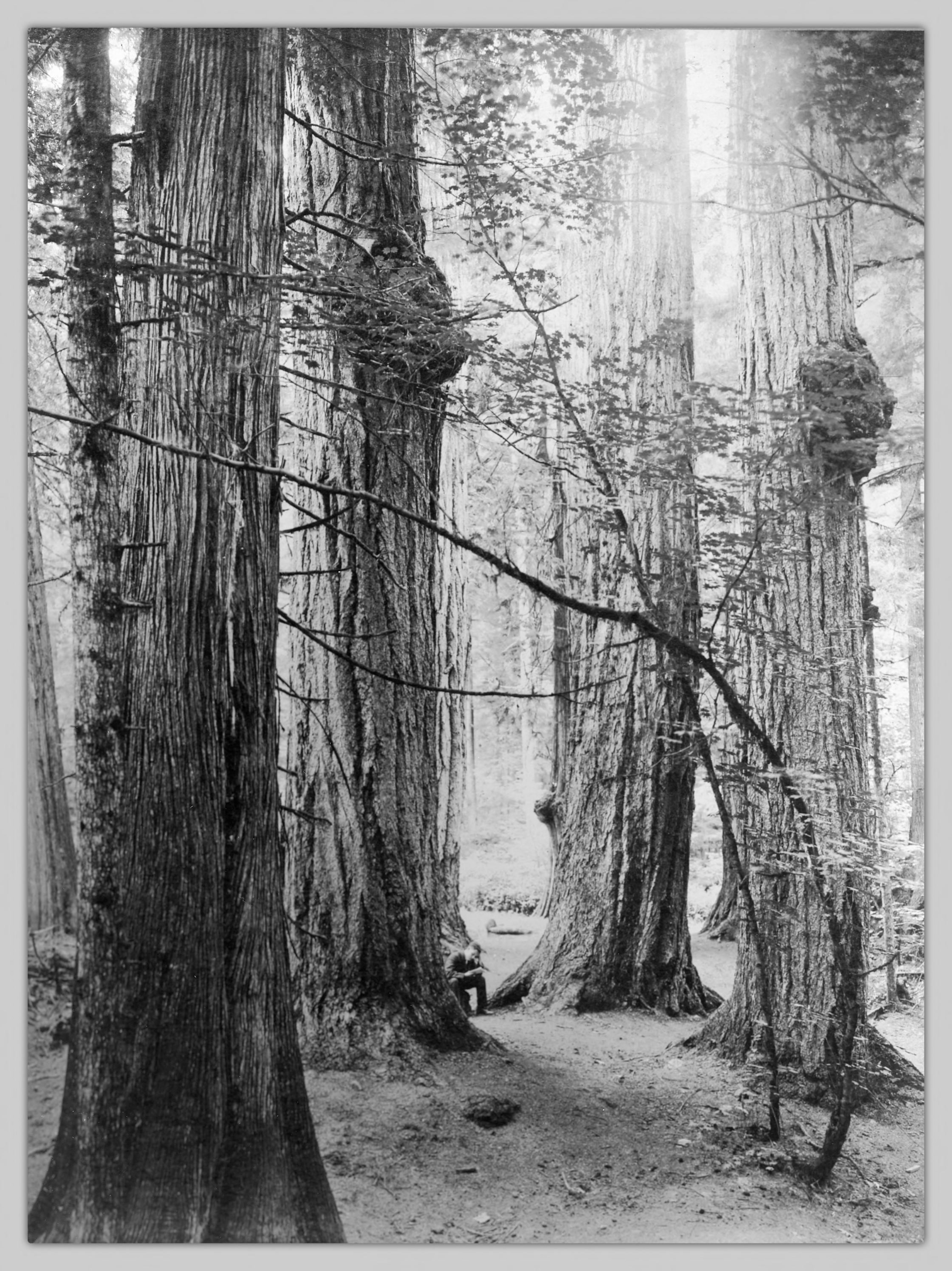 Can you spot the men in these pictures? They are worthy of a ‘Where’s Waldo’ photo!

Many trees tourist attractions and have been for over a hundred years. Take for example the Hollow tree- which still exists in the park! Here’s a photo from over 100 years ago! 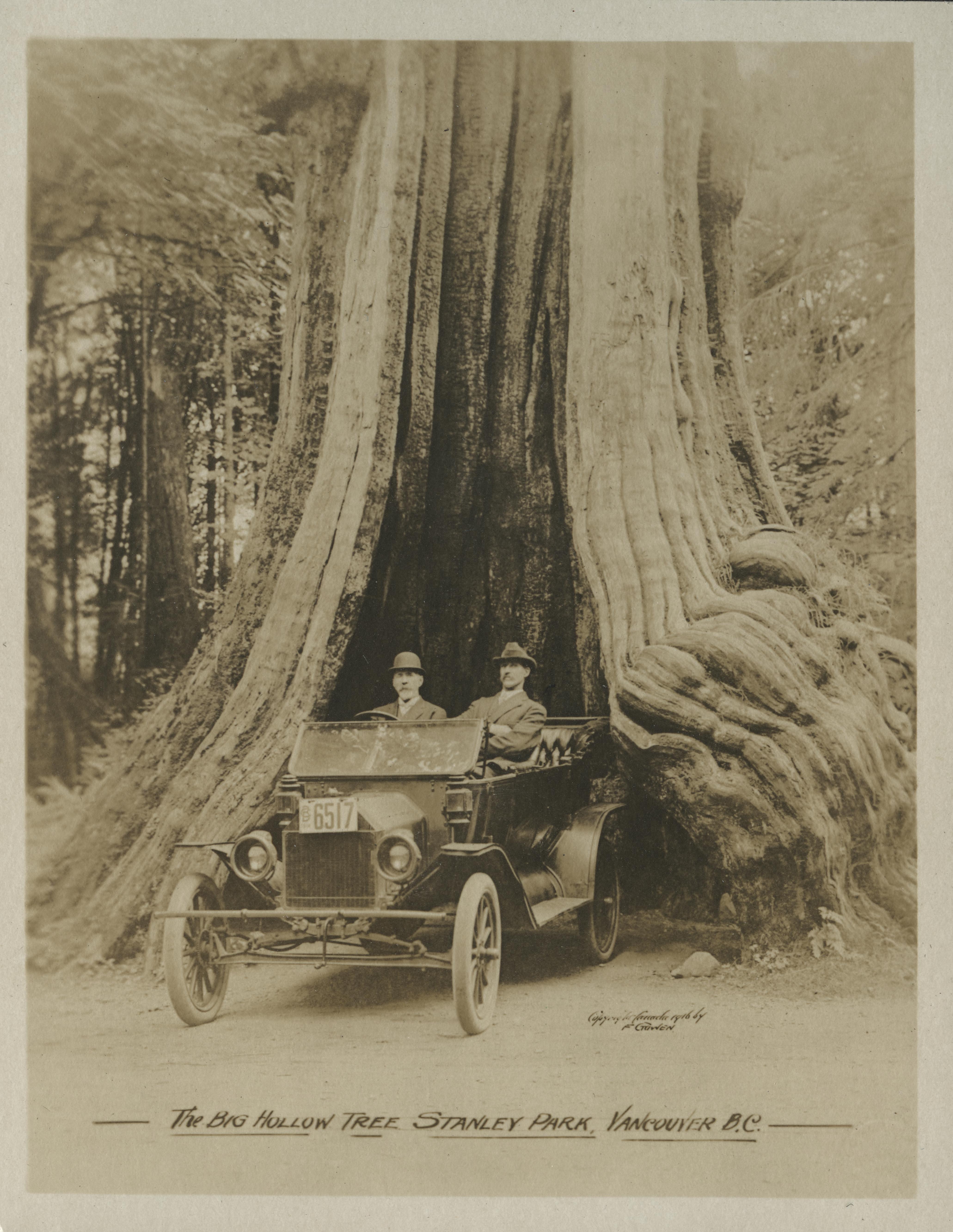 One famous tree landmark that is gone now but can still be seen in our photo collections is the Seven Sisters, a grouping of seven enormous trees. Legend has it that the trees were seven kind souls lined up to protect visitors from an evil soul embodied in a white rock.

So, if you have an hour or two get dressed in your Sunday best and see the park for yourself! Or explore the history of Stanley Park through Open Collections. 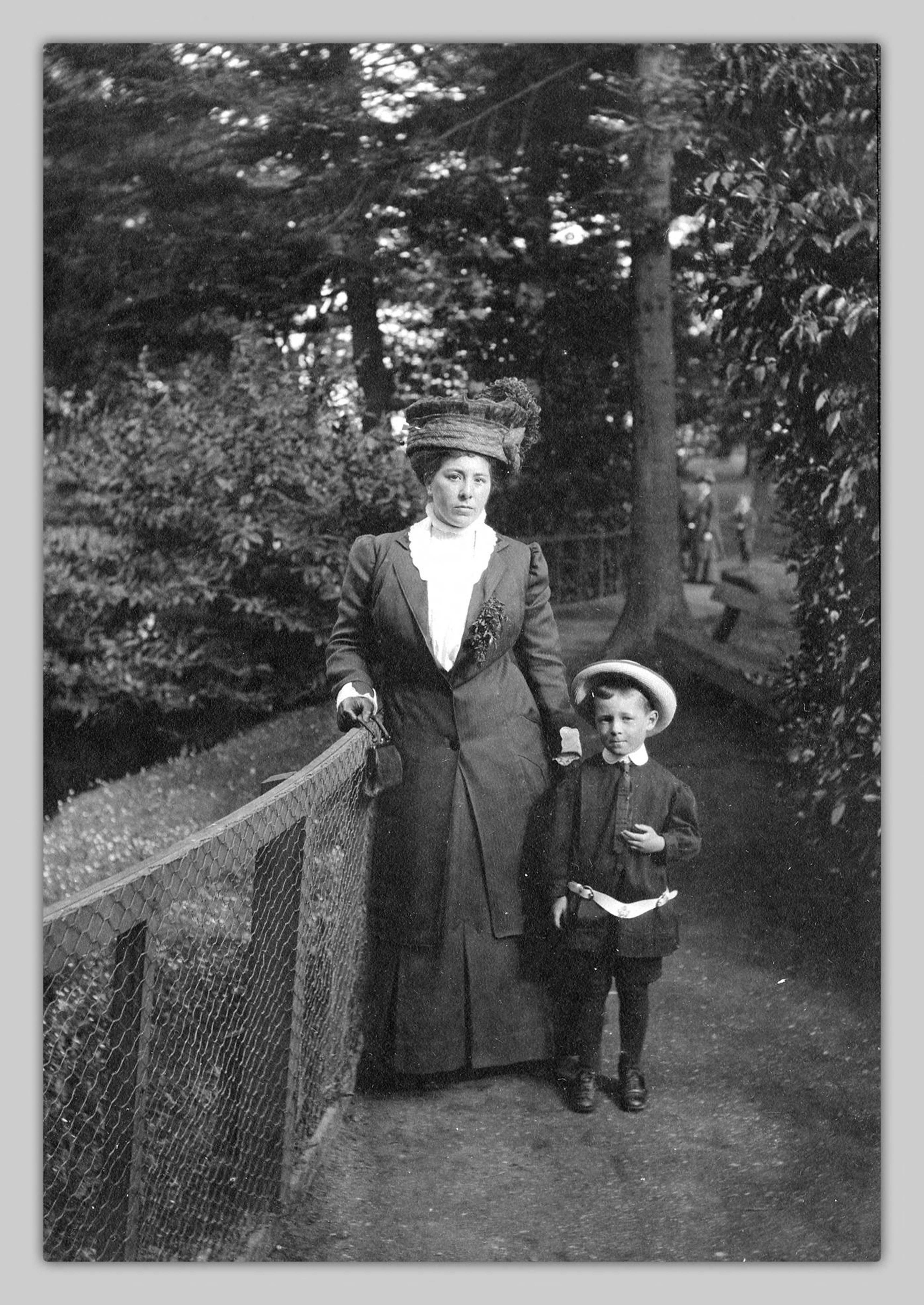 Learn more about Stanley Park, learn about the history behind the park