Poem Packs an Epic into a Tiny Package

Forget watching Star Wars, Avengers, and Lord of the Rings on your cellphone– if you are looking for a larger-than-life story delivered to you in a small container check out our newly digitized epic poem Orlando Furioso in Western Manuscripts. The full size of the book is only 11 by 5 cm.

This preciously small package packs a punch though! Orlando Furioso is an Italian epic poem written in 1516. With 46 cantos (or chapters) this is one of the longest poems in literature. Our version, one of the earliest, was published in 1577. 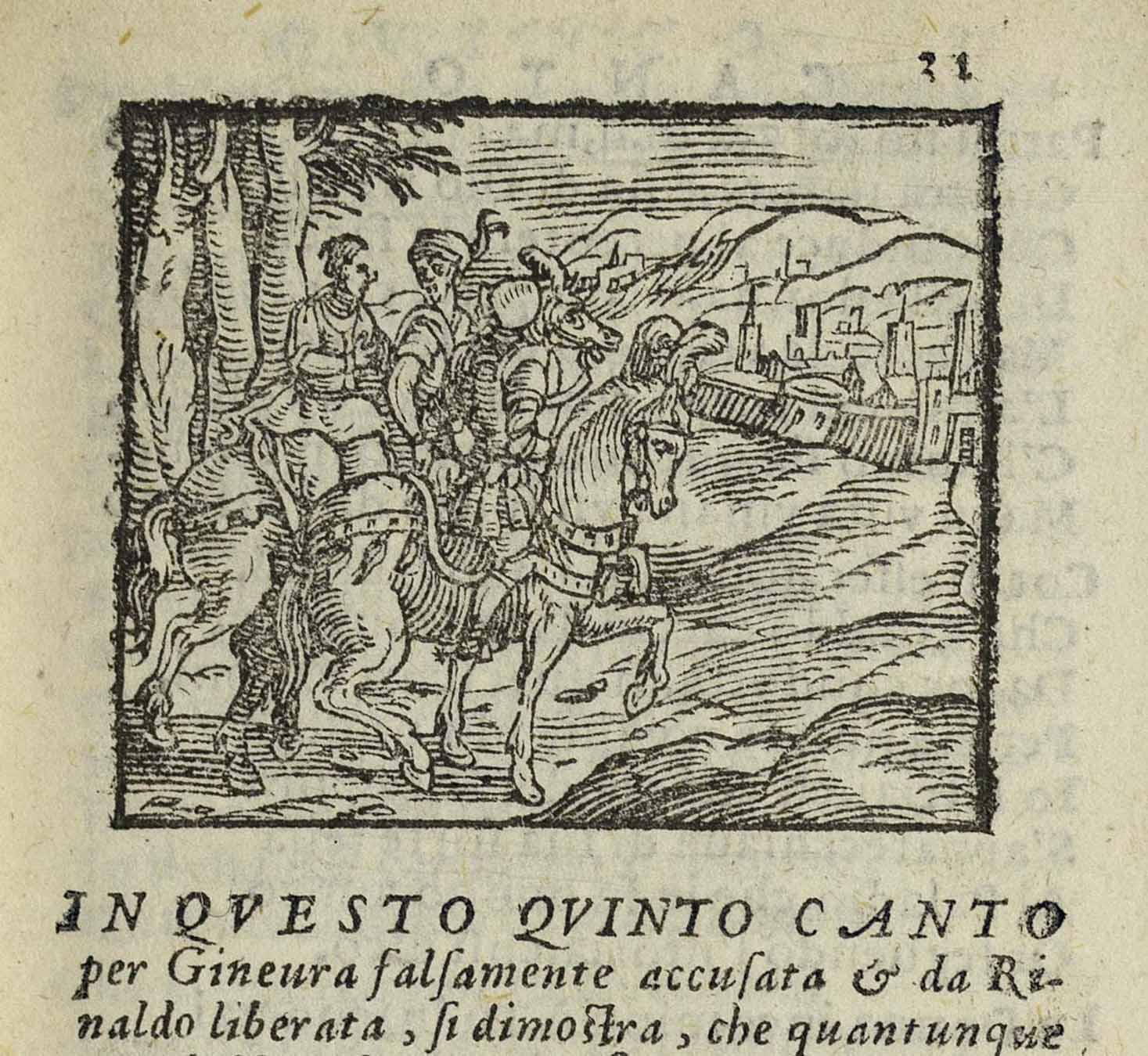 The poem follows Orlando, a singular knight involved in the war between Charlemagne’s Christians and the Saracen army that attempted to take over Europe. The setting ranges over the whole world, with a trip to Hell and the moon thrown in! As befitting any epic there are also soldiers, sorcerers, gigantic sea monsters, and even a hippogriff. 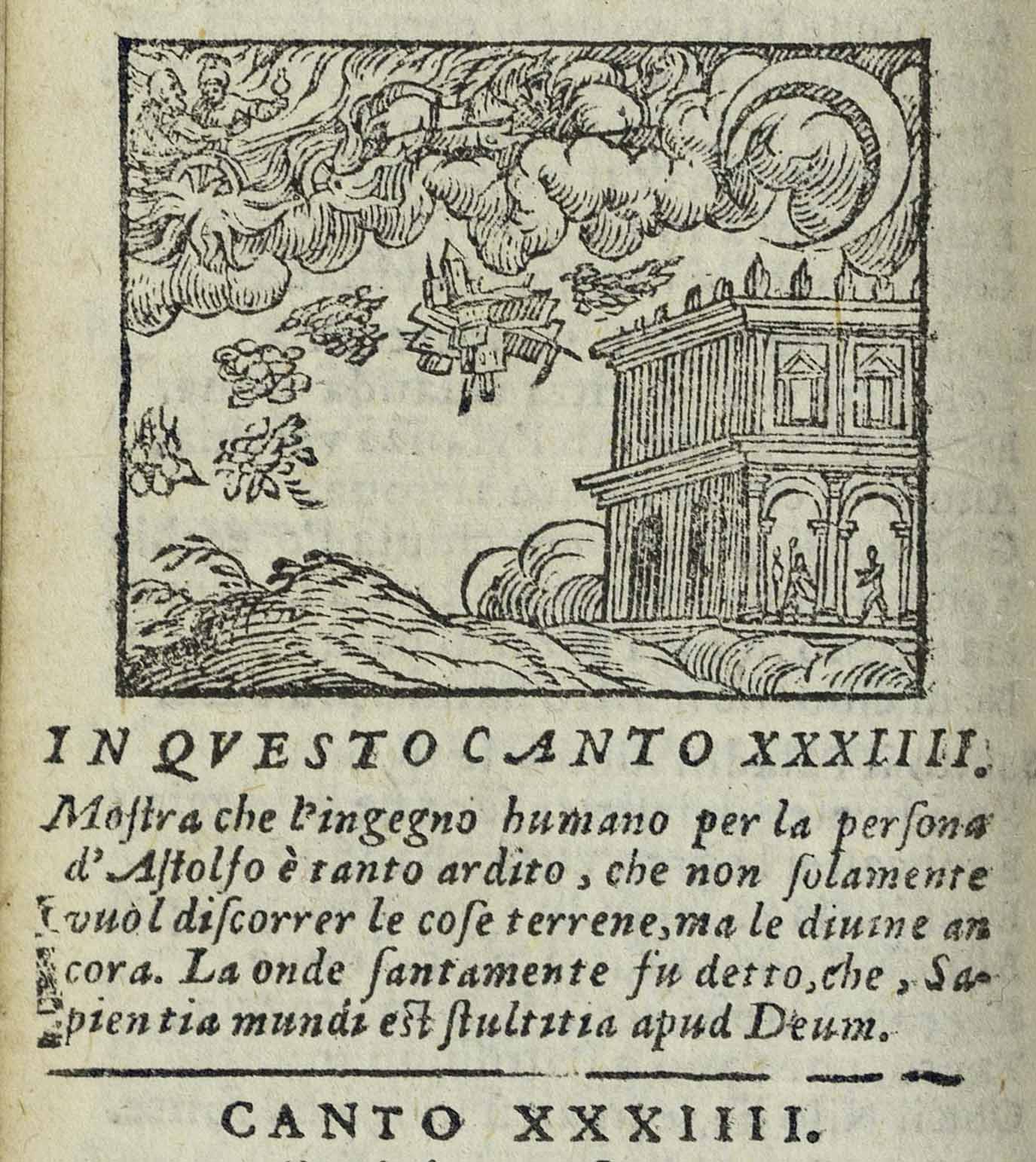 This is the Canto where the main characters go from Hell to the moon. Hard to tell which one it is from this picture!

The poem focuses romantic chivalry, especially on Orlando’s love for a princess, which among other things drives him into a mad killing frenzy – romantic enough for Valentine’s day? 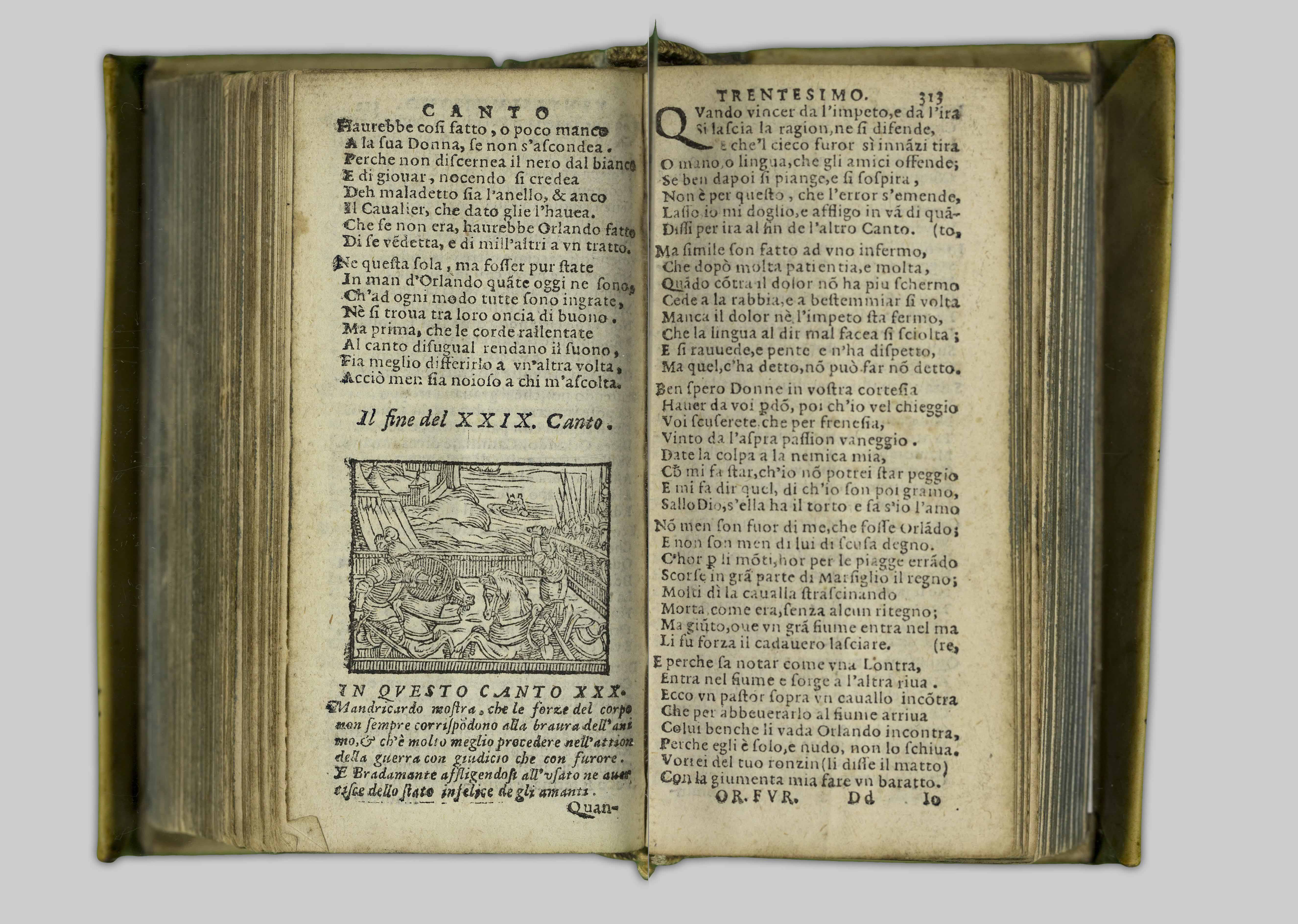 A female knight is also one of the main character of the poem. Here she she is taking down a foe!

For us the tiny, tightly bound book was a challenge to digitize. Not only was it old, small, and fragile- the print often goes very close to the center binding, making it difficult to get a complete picture of for digitization. 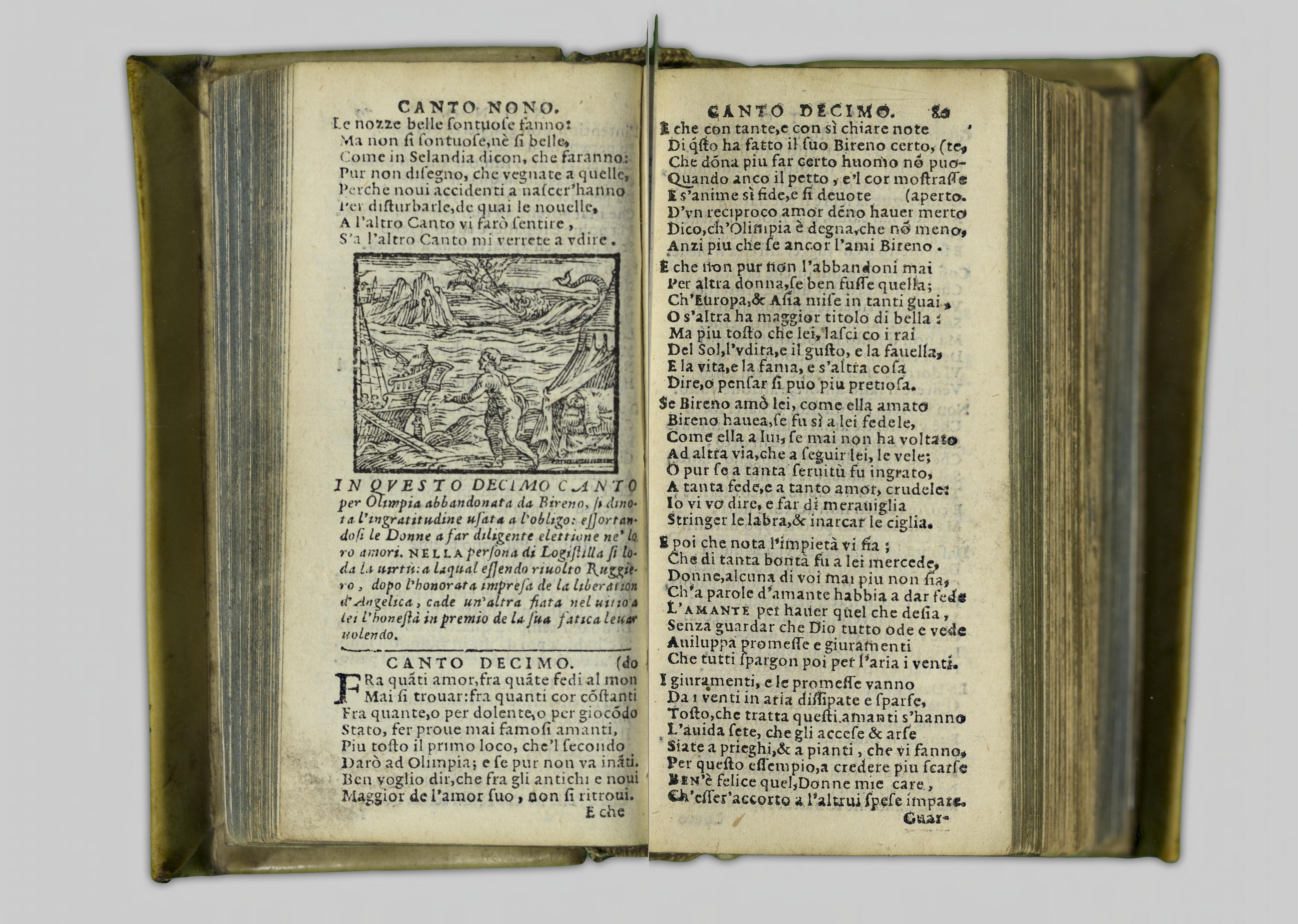 Can you spot the sea monster in this canto?

However here at the Digitization Centre we are nothing if not dogged in our pursuit of world digitization. To bring this epic poem to you in a digital format we used our ATIZ machine, shifting the book cradle from side to side as we digitized. It may have taken a few tries and a long while but, and this is a direct quote from our main digitizer, Leslie Fields “all in all it was really worth it”

So check it out for your self to see what all the fuss is about!