International Students’ Day is celebrated annually on November 17. It is a day of both commemoration and celebration: a chance to recognize the 1939 Nazi German storming of Czech universities and the resulting arrests and deaths of hundreds of students; and a chance to celebrate and support the continued activism of student communities around the world today.

Here at the Digitization Centre, we’ve decided to feature some of our collection items which highlight student activism at UBC over the course of the last several decades. Student protests, sit-ins and other forms of activism give voice to the needs and rights of UBC’s student body, and have, at times,  led to widespread and progressive institutional change.

Perhaps the earliest student protest at UBC was known as the Great Trek, when nearly 1,200 students marched from downtown Vancouver to the unfinished Point Grey campus to protest government inaction on construction of the new university. To learn more about the Great Trek, check out this article from The Ubyssey. 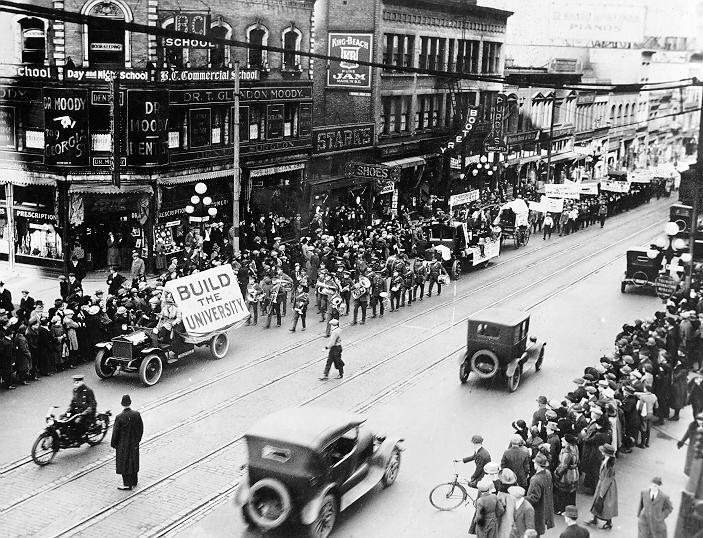 In 1968, due to overcrowding on-campus and a perceived lack of long-term vision for higher education in the province, over 1,000 students staged a massive sit-in to “liberate” UBC’s Faculty Club. The atmosphere of resistance and unrest coincided with a visit by American activist Jerry Rubin, and was no doubt informed by the radical activism taking place on university campuses across the border in the United States. As a result of the sit-in, a campus-wide day of reflection took place in order to address student concerns, and student involvement in the University’s governing bodies increased. For more information on this interesting period in the University’s history, click here and here. 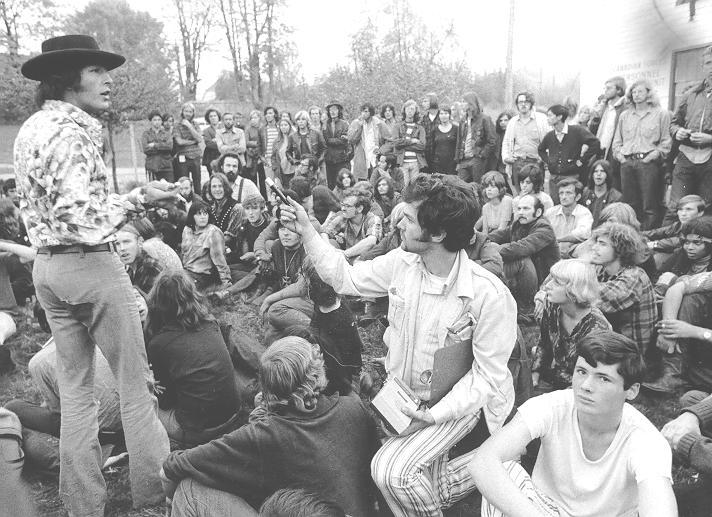 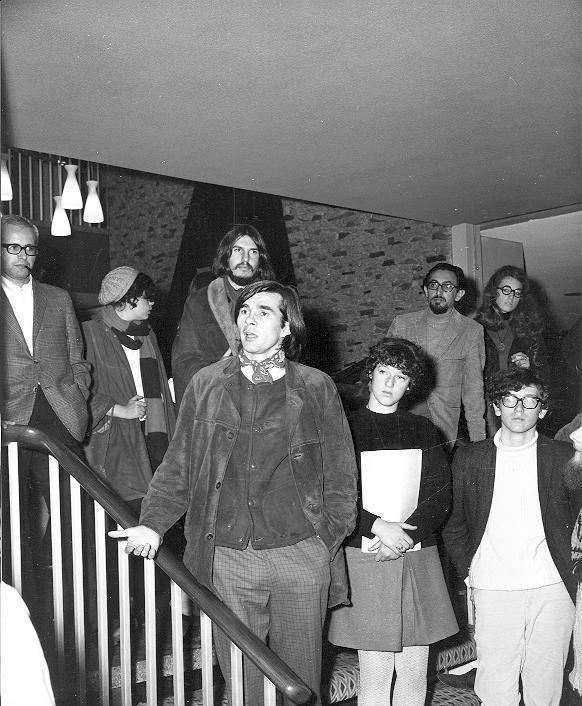 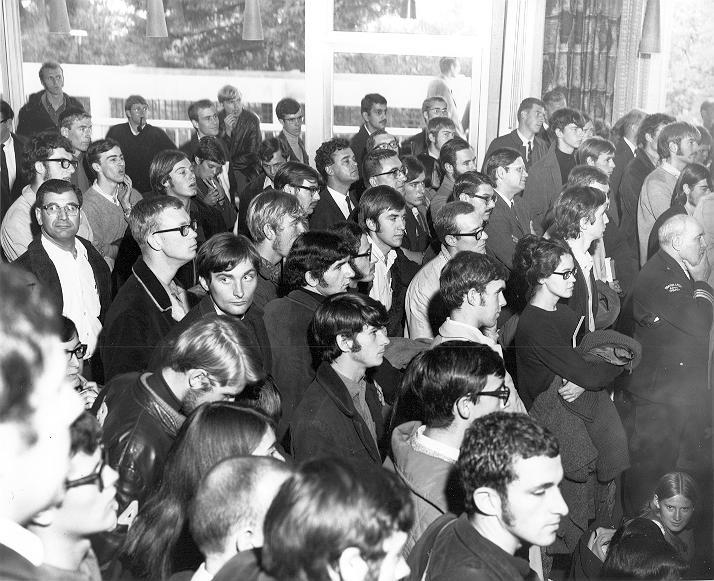 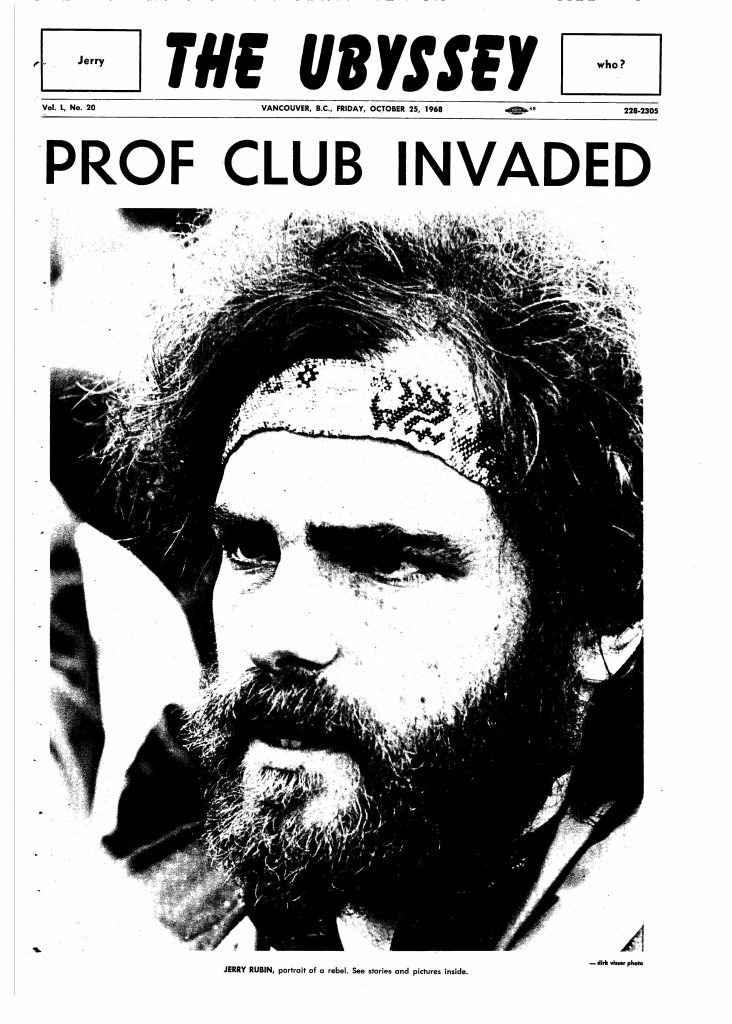 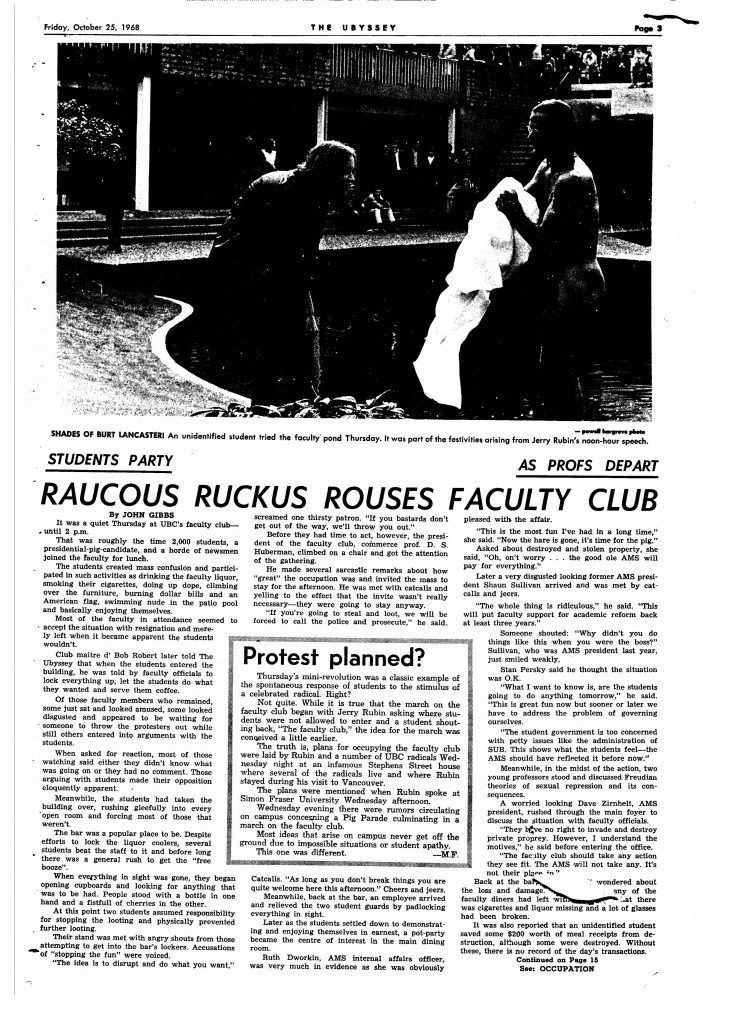 Other forms of action and activism have taken place at UBC campus in the intervening years, and we will undoubtedly see more such events in the future. 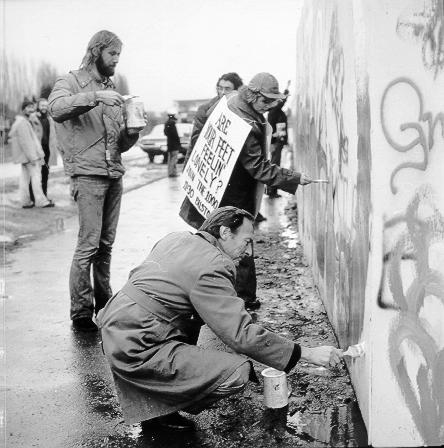 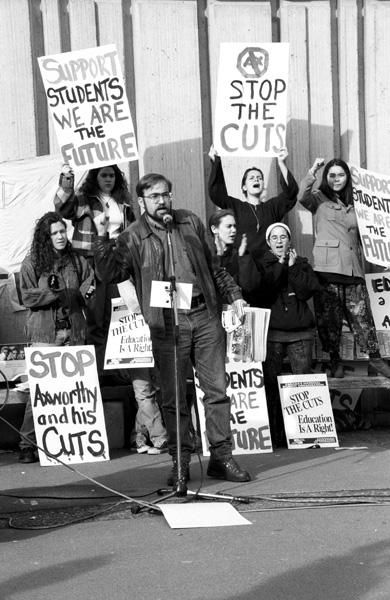 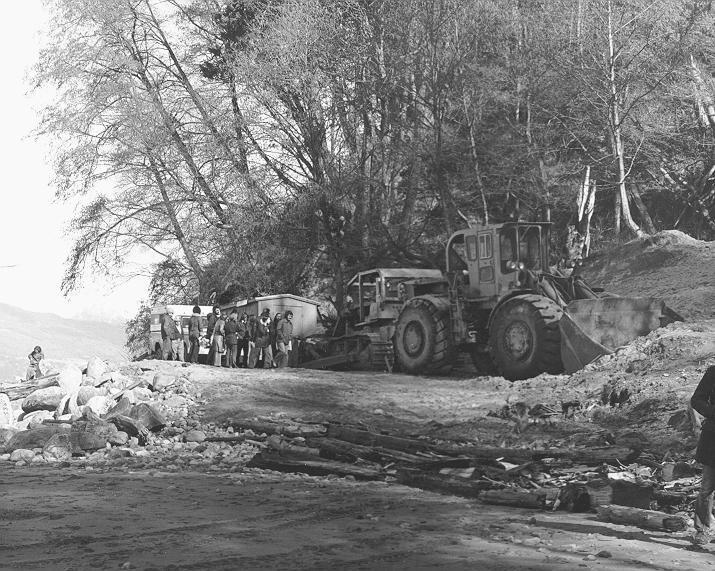 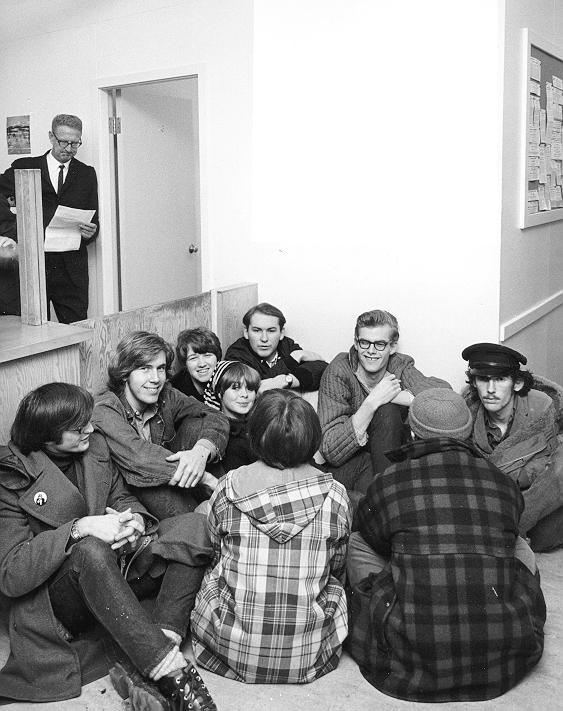