English author A.A. Milne was born this week (January 18th) in 1882. Beloved for his creation of Hundred Acre Wood, the home of Winnie-The-Pooh, Milne’s work captured the imaginations of children and adults alike, and our collections include many shoutouts to the author and his famous fictional friends. From inspiring a faculty party in 1942 to maintaining top-villain status in 2014, Milne has a place in UBC history, too. 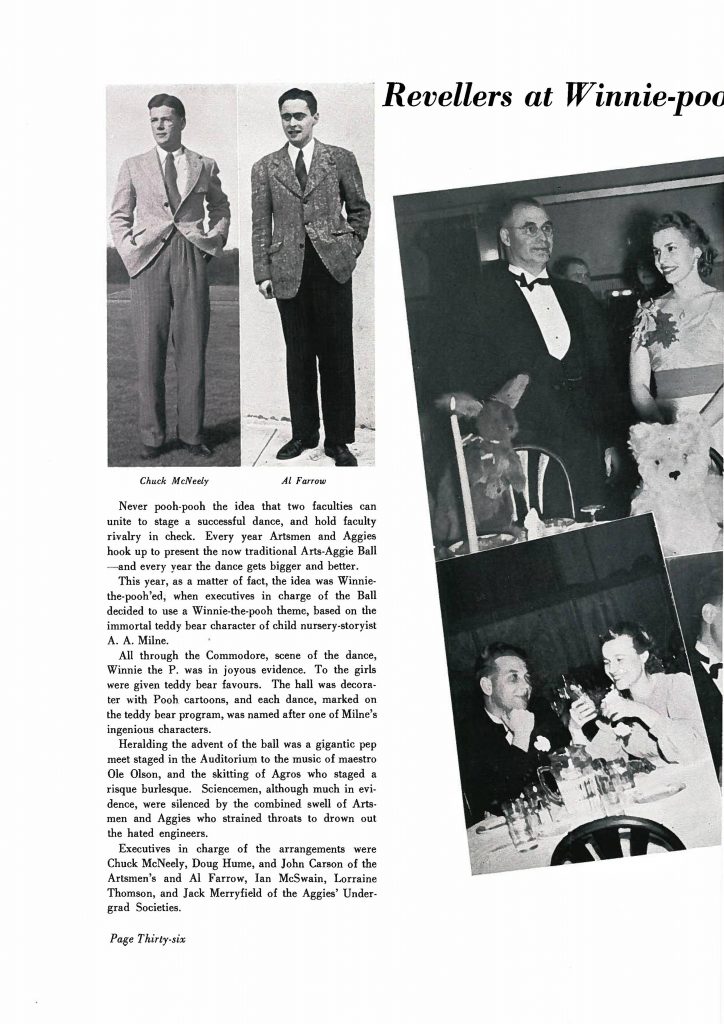 The Arts-Aggie Ball in 1942 featured a Pooh theme. Notice the stuffed animals in the top right photo! 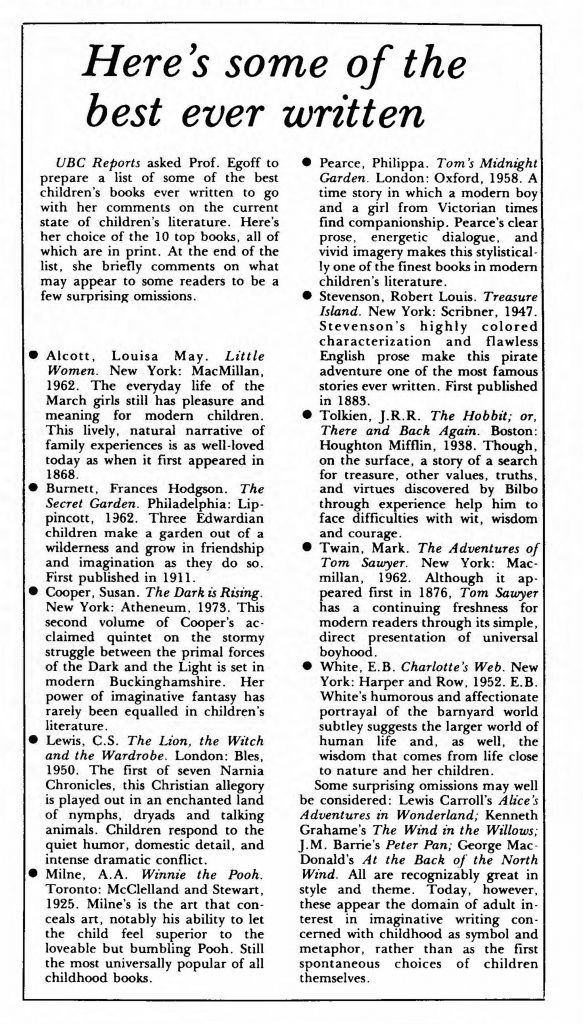 Professor Sheila Egoff, of UBC’s then-titled School of Librarianship, cites Milne’s works among the best of children’s literature in this edition of UBC Reports published by Information Services. 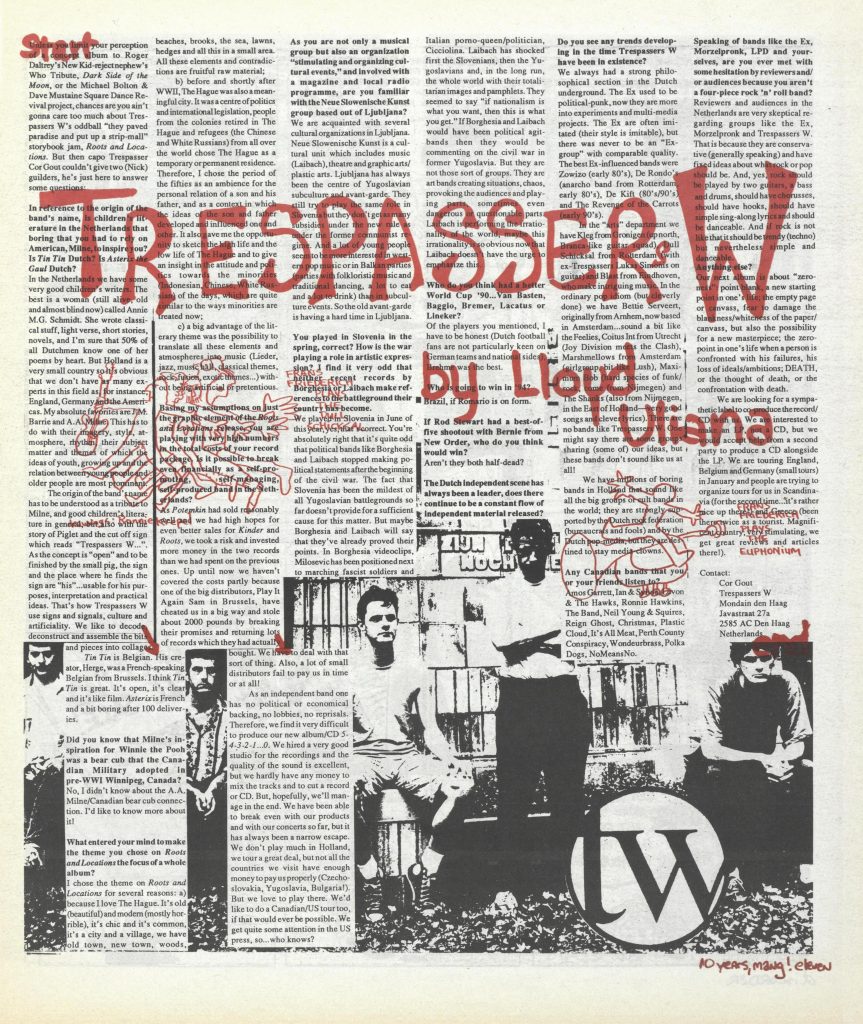 A musical group featured in Discarder in 1993 pays homage to an often-remembered Pooh storyline. 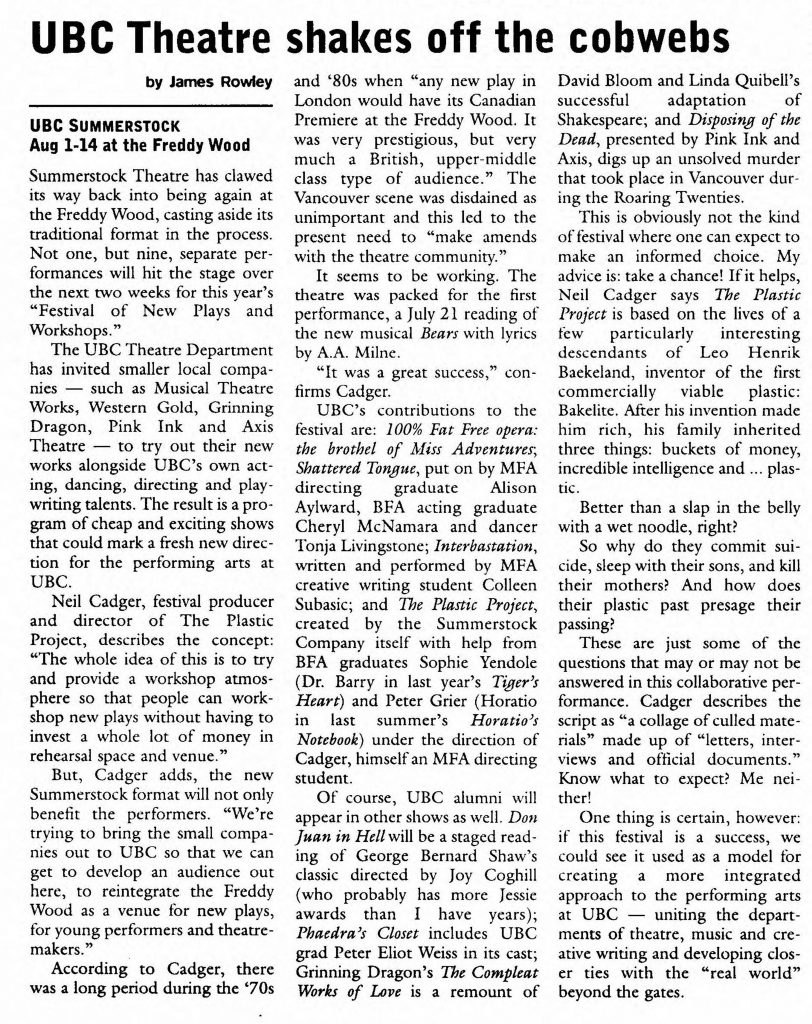 In 1996, UBC summer theatre included a popular reading of Bears, a new musical with lyrics by Milne. 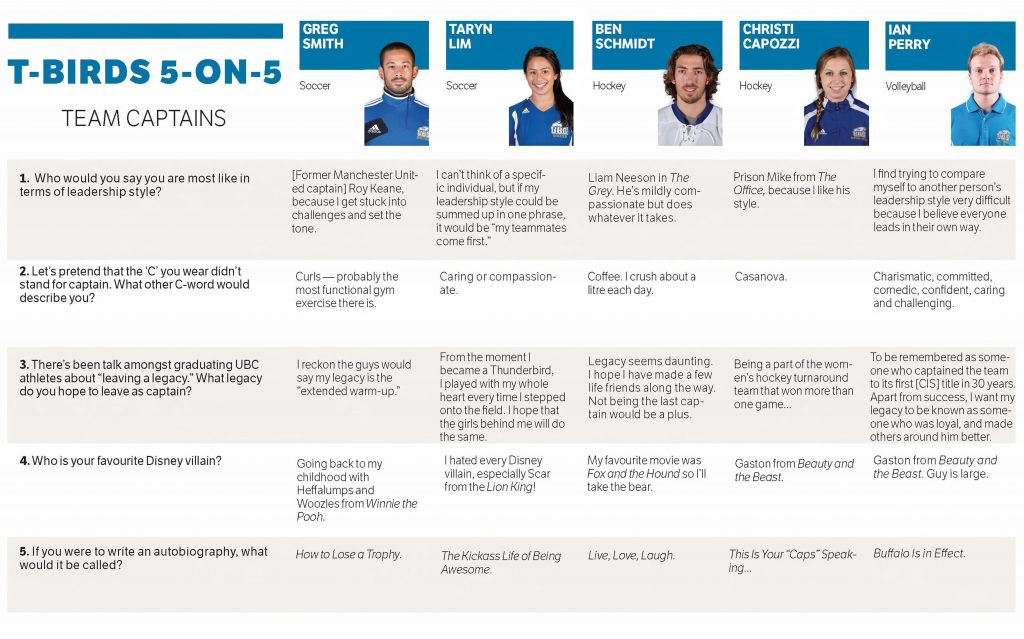 In the March 30, 2014 issue of The Ubyssey a UBC Thunderbird team captain gives a nod to Millne’s scary Heffalumps and Woozles.