By Alexandra Kuskowski on October 9, 2015

Thanksgiving is a time for fun, food and friends! To celebrate this festive weekend we’ve gathered together some of our favorite f(ph)otos of families from our digital collection.

Want to see more? Type in “family” in on our digital collections page! Refine your search to find only images or search within specific collections. To enlarge the image just click on it!

Or if you want an up close look at any of these photos just click on them. 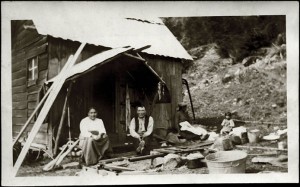 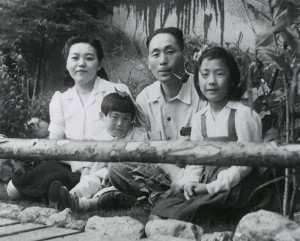 Shigetaka Sasaki family — Sasaki was a Canadian judoka and founded the first Judo club in Canada. He is in the Canadian Olympic Hall of fame! 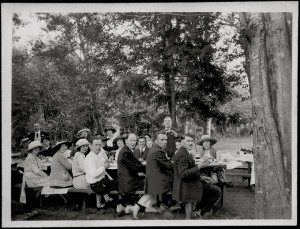 [Picnicking] — ca.1925 — Not much is known about this picture, but we can all agree the best part is the standing man offering the observer a slice of pie! 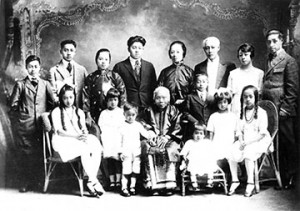 Lee Mong Kow family, Victoria, British Columbia– ca.1905 — Born 1861 in China, Lee Mong Kow immigrated to Canada around 1880. By 1889, he was appointed chief interpreter for the Chinese immigration services of the Department of Customs, a position he would hold until 1920. Lee married Seto Chang Ann in 1892, and they had seventeen children! 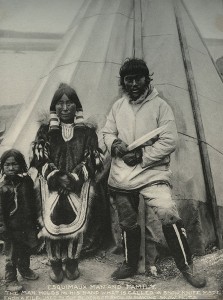 The Far North–Esquimaux Man and Family — ca. 1901– Image of a Inuit family standing outside of a tupiq. Esquimaux refers to the French word for Eskimo. Caption on photograph reads, “The man hold in his hand what is called a snow knife made from a file, used to cut block of snow in making snow huts.” 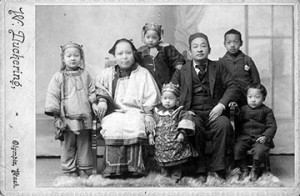