The Kamishibai Propaganda Plays are an extremely rare collection of World War II-era propaganda plays from Japan. This digital collection contains 52 Kamishibai plays created between 1938 and 1945, from a private collection of Professor Sharalyn Orbaugh of the UBC Department of Asian Studies. Produced by quasi-governmental organizations and publishers in support of Japanese government policies, these plays served as a propaganda medium during World War II and were performed throughout the Japanese Empire and conquered territories.

Each Kamishibai play consists of 15-20 cards with a script on one side and a lithographed color illustration on the other. When the storyteller shows the illustration side to the audience, they can read the narratives and instructions on the other side. Some creative presenters may add hand gestures and sound effects into their performance to capture the audience’s attention.

Through a partnership with the collection owner and with support from various parties including Toshiba International Foundation, UBC Library, Office of the Dean of Arts and the Department of Asian Studies at UBC, we digitized over 1,000 sheets of these rare and fragile materials this year.

To get a sense of the content in the plays, you can take a look at the oldest play titled “Child conscription law”. This play is about the children trying to be helpful in the village when their father and elder brother are abroad, for example, harvesting and getting water for villagers. 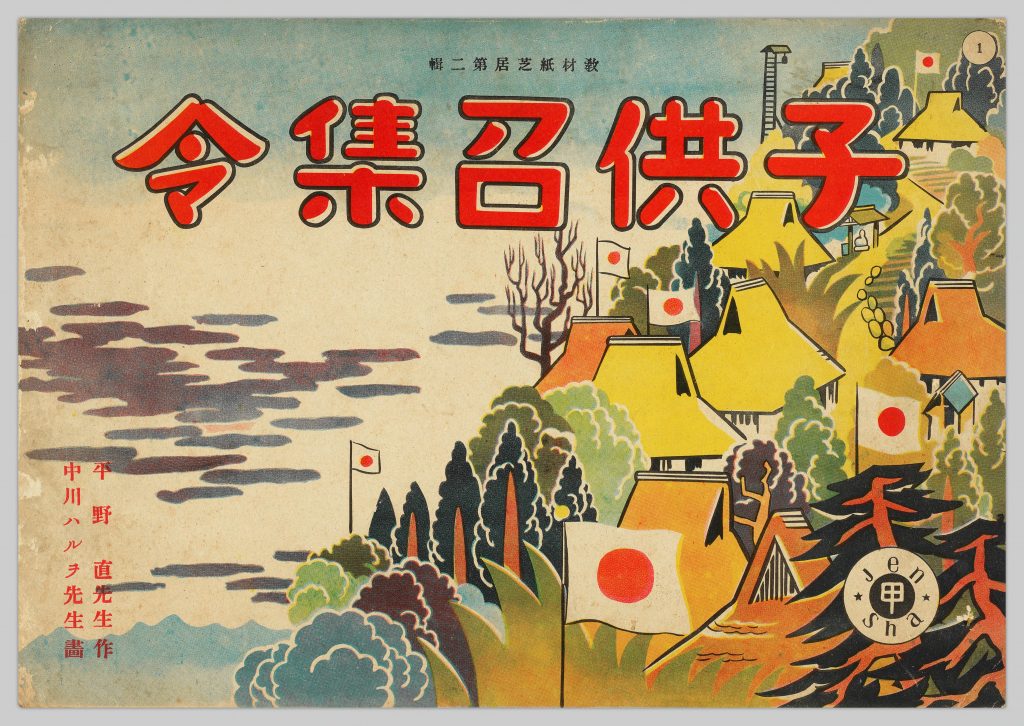 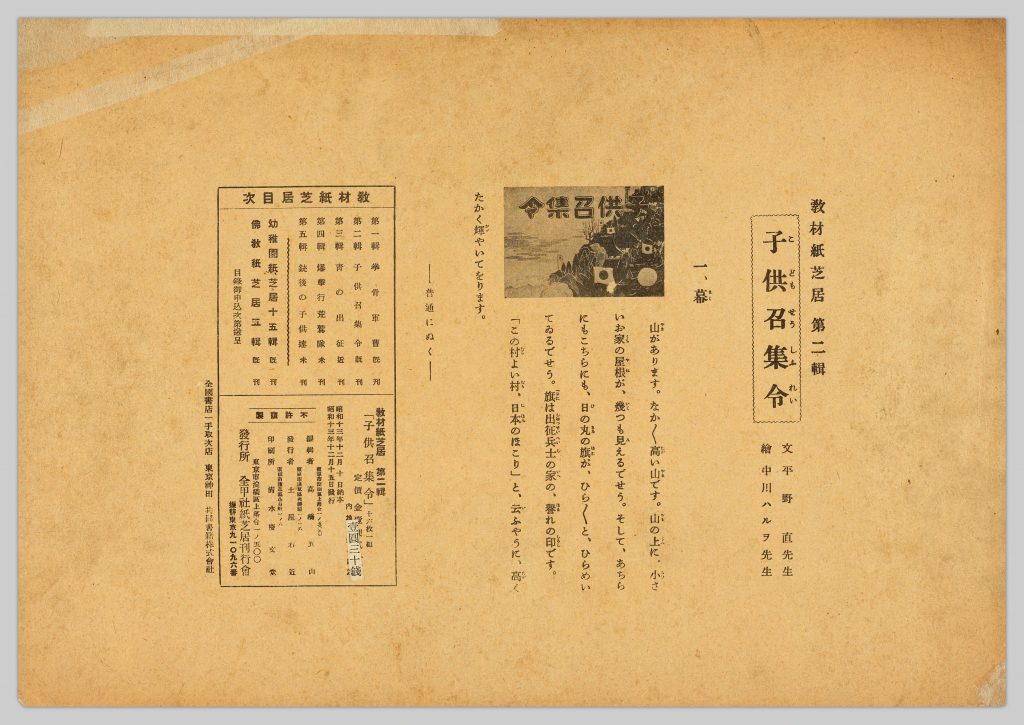 The majority of the plays have scripts in Japanese while some have scripts in two languages, such as Japanese and Chinese, indicating the composition of the intended audiences, for example, the “Mulan joins the army” play. This story tells about a young lady who took her father’s place to fulfill his military service. 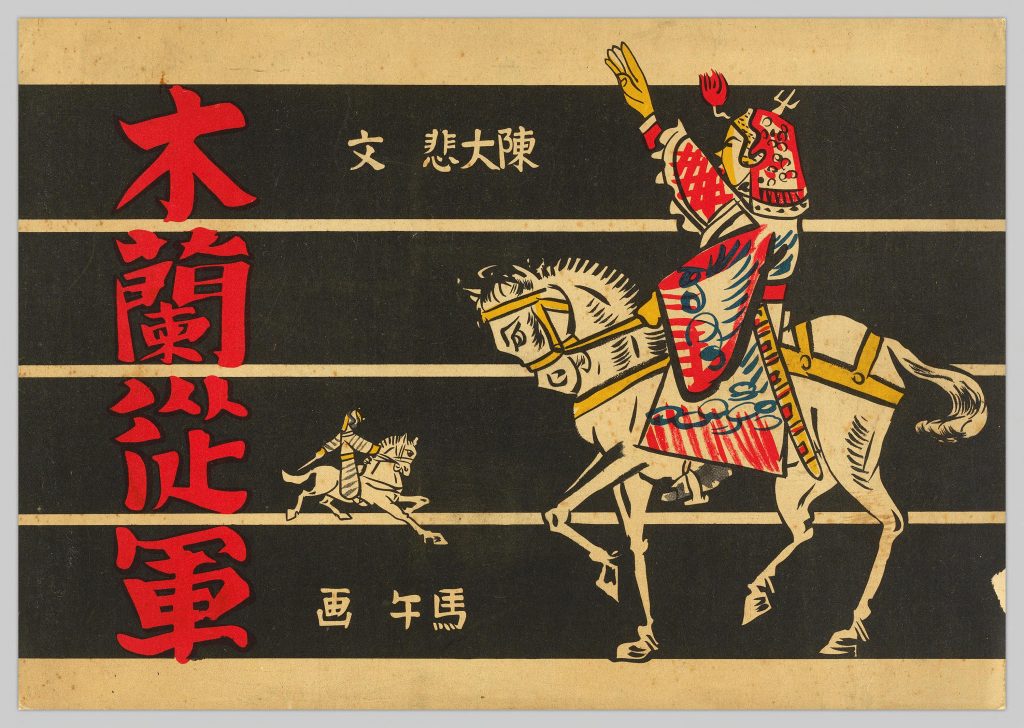 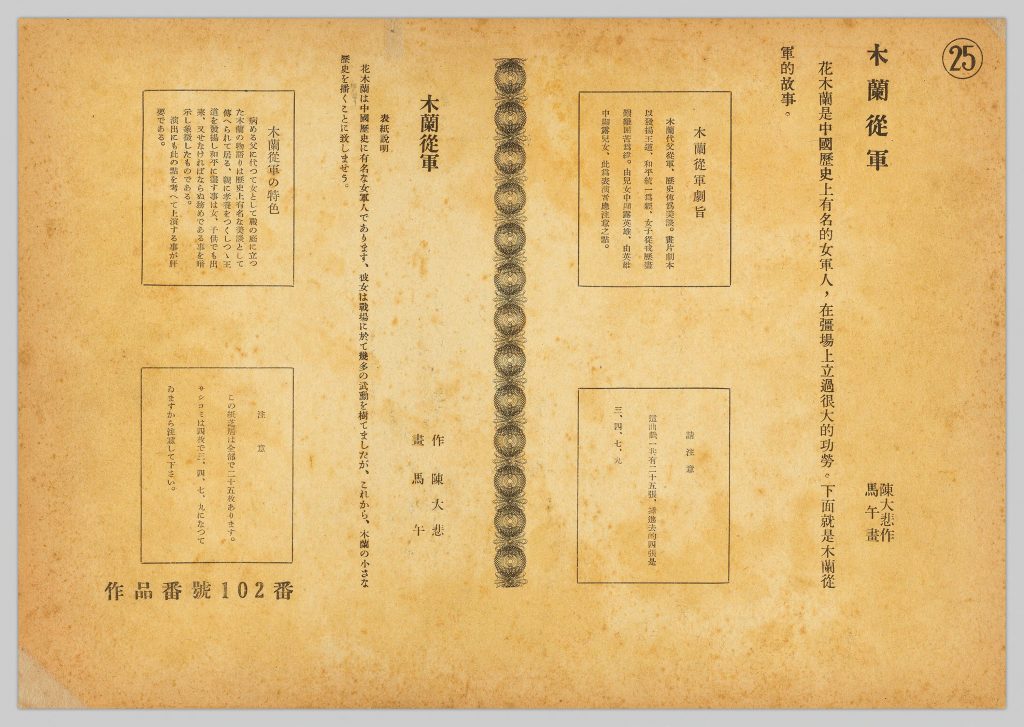 Several plays including “Wise old woman”, “Practical wife” and “Increased production to win through” won entries in patriotic script contests sponsored by national newspapers. “Wise old woman” play highlights that the grandmother and mother take good care of their children and family when their son and husband are away from home. “Practical wife” play features the housewife as an important supporting role in the war and “Increased production to win through” play shows that increasing food production can help bring the nation victory in war. 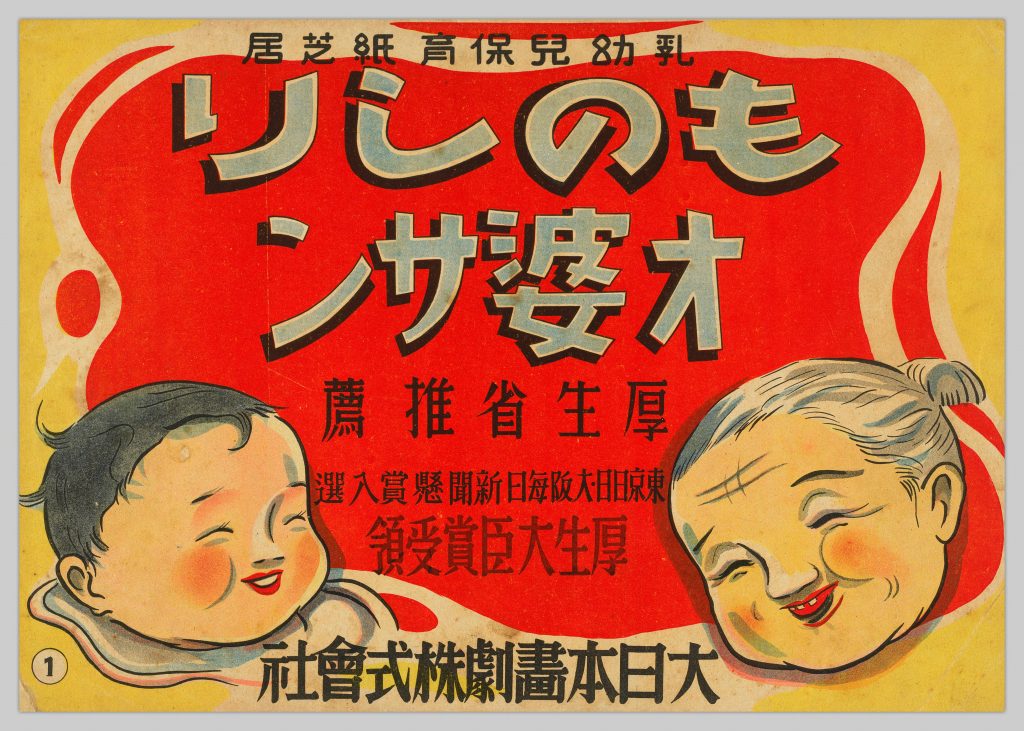 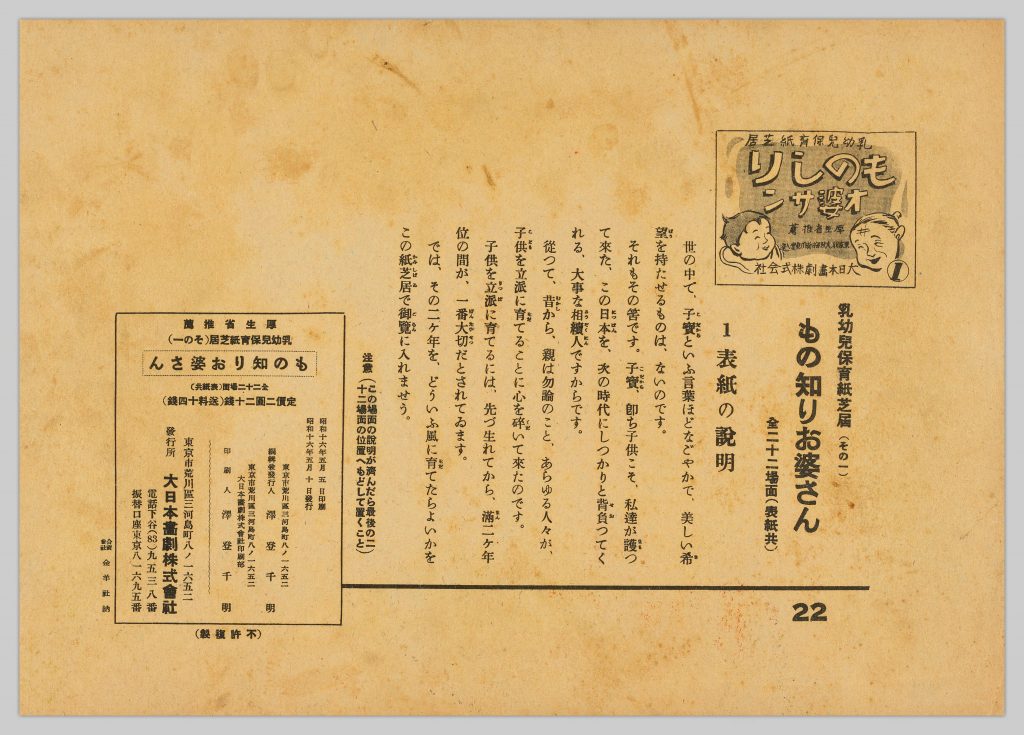 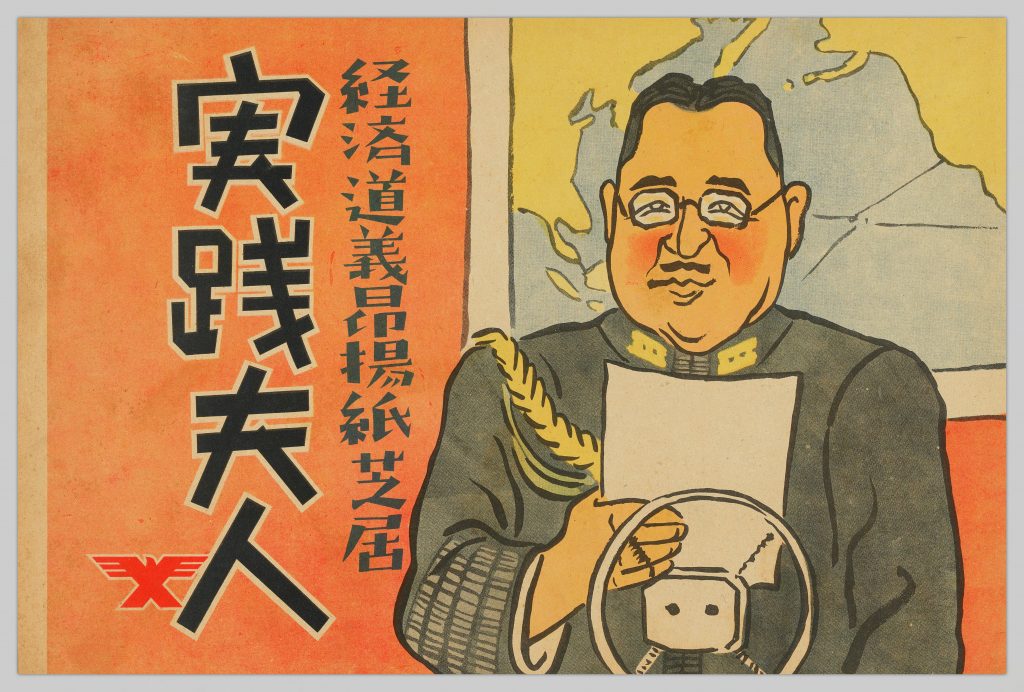 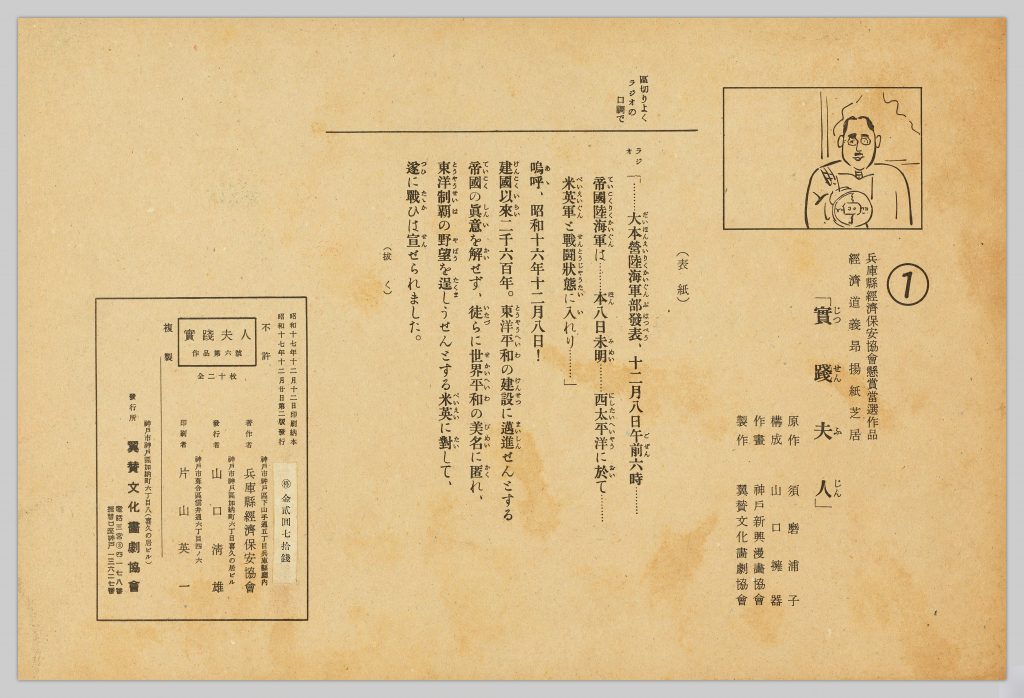 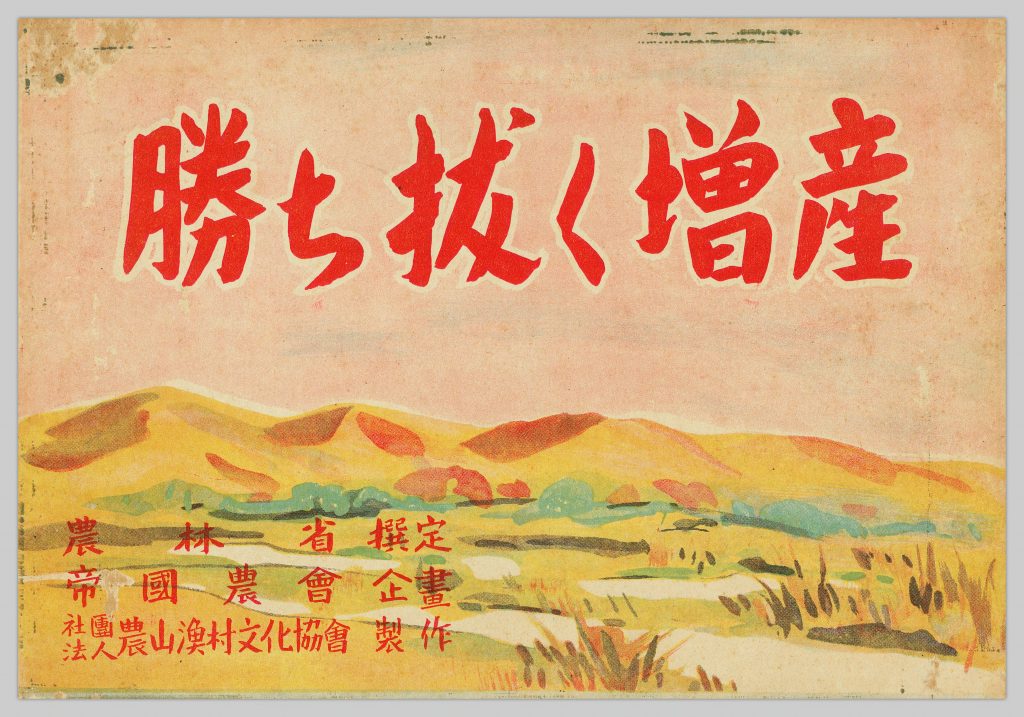 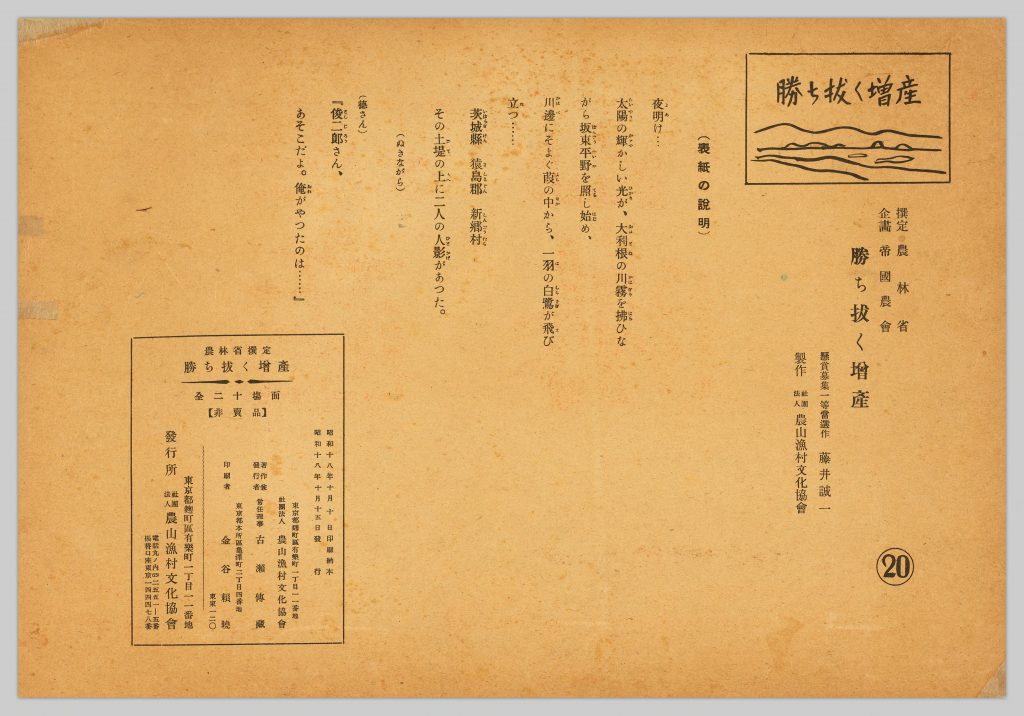 In case you have not noticed that “kami” means paper and “shibai” translates as a play in Japanese, we thus refer to Kamishibai (紙芝居) as “paper play”. We hope you enjoy reading this blog post and keep exploring Kamishibai Propaganda Plays!