What do the Science Undergraduate Society, UBC Botanical Garden, and Frederic Wood Theatre have in common?

They’re all part of our UBC Publications collection! You might expect to find yearbooks, student handbooks, and the Ubyssey—and you wouldn’t be wrong—but UBC Publications also includes a diverse assortment of reports and publications from university organizations. Check out what’s been going on the last 100 years.

The 432 A publication of the University of British Columbia Science Undergraduate Society (UBC SUS). Our collection covers 1987 to 2002, and you’ll find news and information, events and faculty information, and a whole lot of sass. 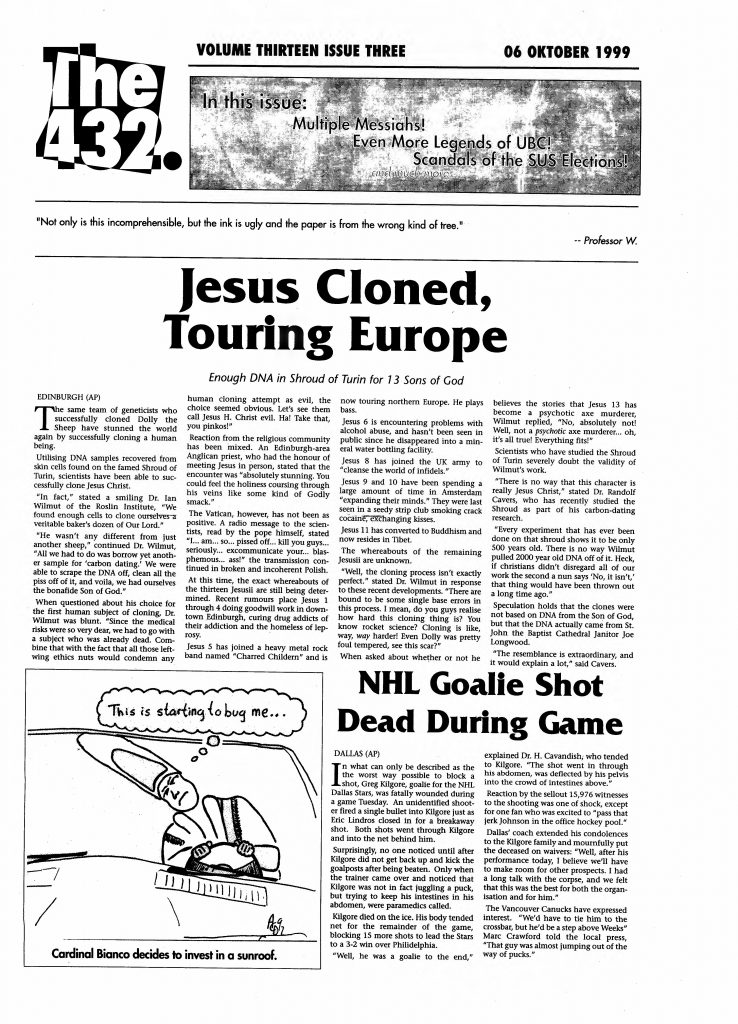 This issue includes an irreverent guide to the SUS lounge, the struggle of buying a Nokia 6160, and a few references to 22 oz science beer mugs.

Creative Giving Previously titled “Endowments and Donations” (1945 to 1947) and “Gifts, Grants and Bequests” (1948 to 1966), this publication annually covers gifts to the university. While later issues tend to be lists of financial donors, earlier issues include such creative gifting as rose bushes, models of mushrooms, and barrels of pulp mill spent cooking liquor.

Davidsonia Produced by the University of British Columbia Botanical Garden, our collection covers the 1970 – 1981 publishing run of Davidsonia. The publication was named after John Davidson: B.C.’s first Provincial Botanist, instructor in UBC’s Department of Botany, and the founder of the UBC Botanical Garden. In it you can find stories about children’s vegetable garden programs and mixed hanging baskets. 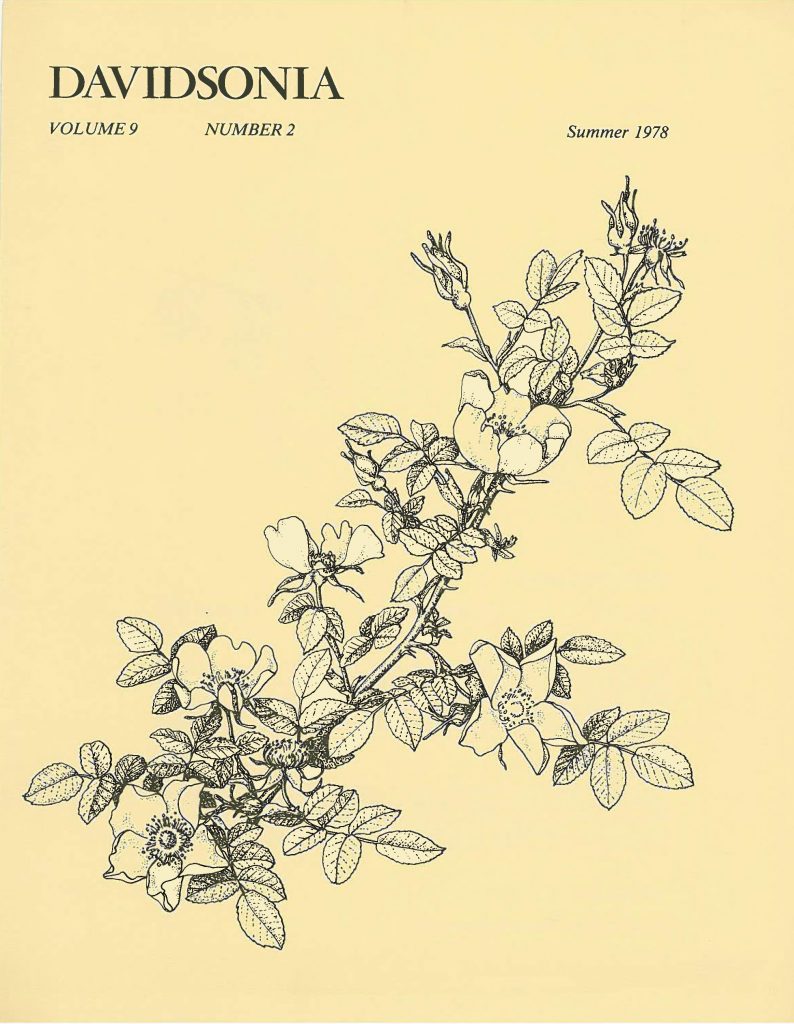 FOCUS  (now known as Innovations) comes form UBC’s Institute for Computing, Information and Cognitive Systems (ICICS). Get a feel for how the field developed from 1990 – 2014, including increasing industrial productivity with mechatronics, software and hardware debugging, and estimating optical flow with toys. 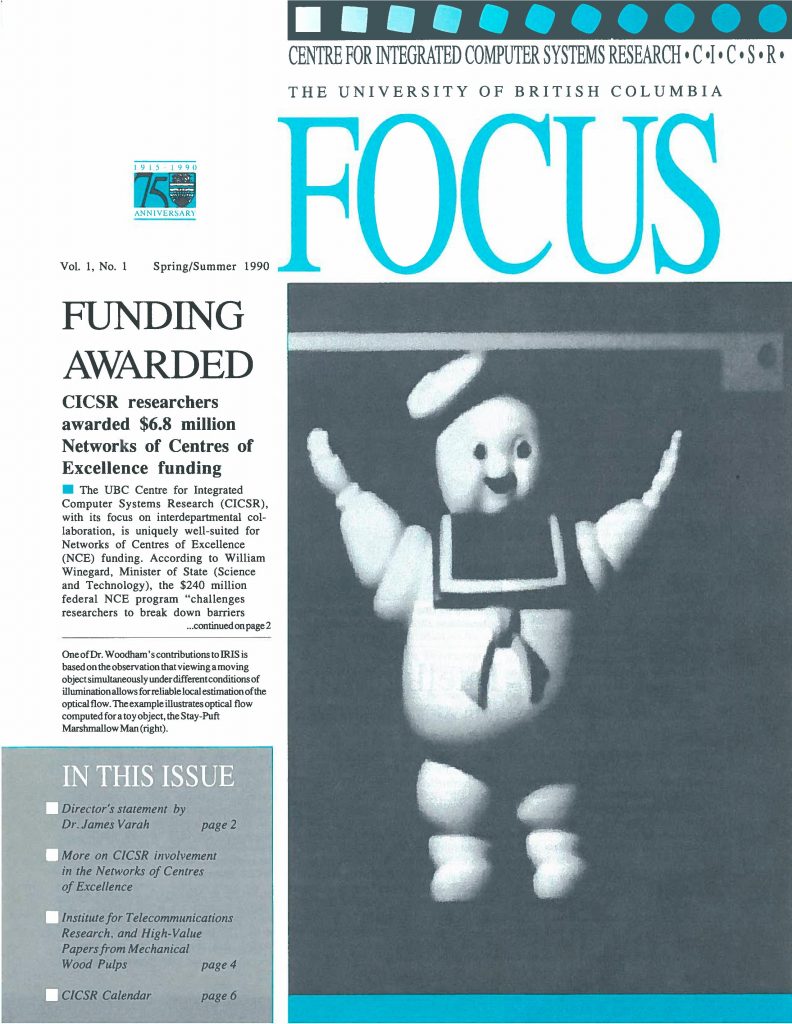 Indian Education Newsletter Published by the Indian Education Resource Center established in 1970 at UBC. The publication ran until 1977, and covers information like Aboriginal issues and resources available at the center. 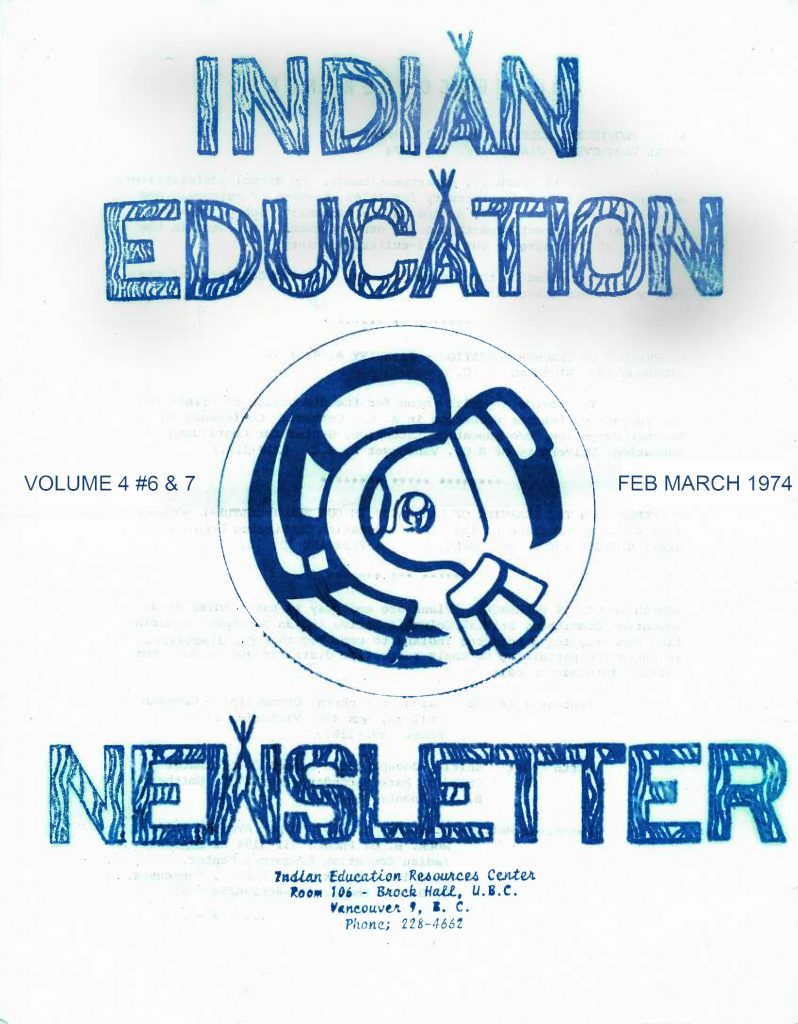 Trek Previously titled the Graduate Chronicle and UBC Alumni Chronicle, this pub has been communicating to alumni about the university, and to alumni about other alumni, since 1931. In addition to local news and updates, the periodical includes photos and illustrations, and, one of the most entertaining parts, advertisements. 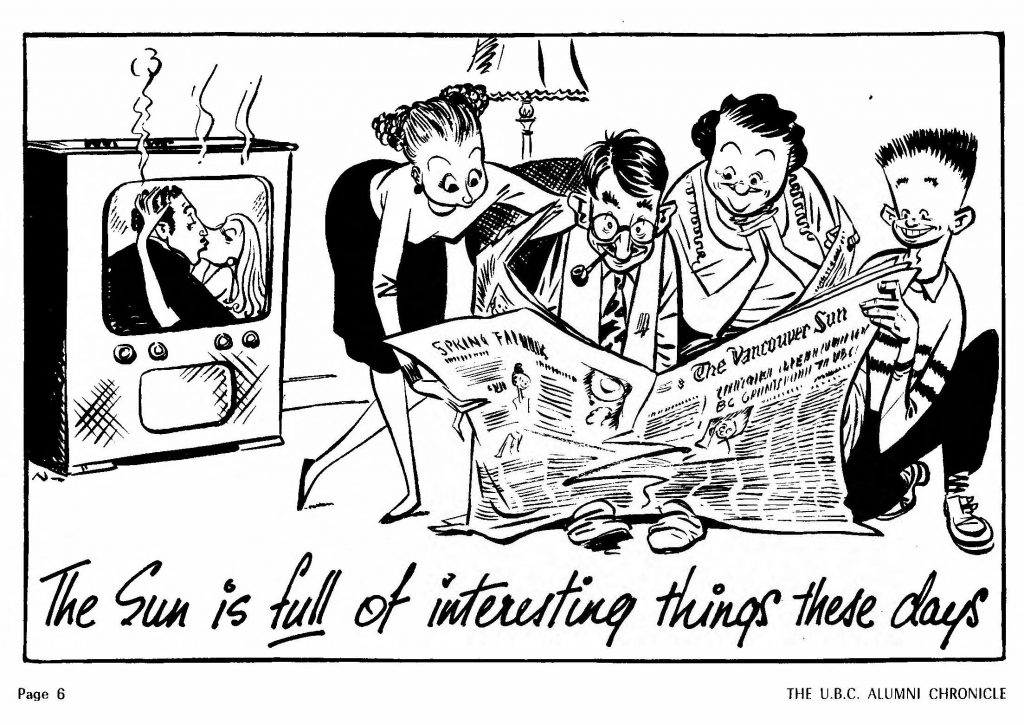 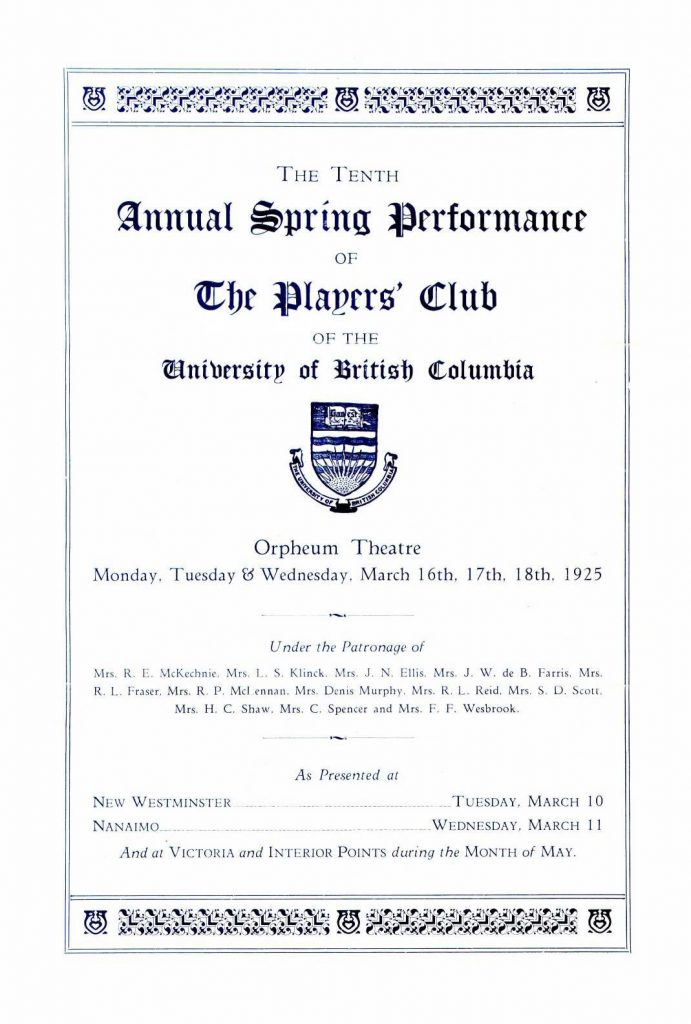 And there are many more publications to explore!