If you’ve never heard of epigraphic squeezes I wouldn’t be surprised as they’re not commonly known, they don’t even have a Wikipedia entry!

Epigraphic squeezes are created when a soft, wet material, such as paper or plaster, is pressed into inscriptions made in stone. When the material dries it is removed and becomes a mirrored 3D version of the original text. 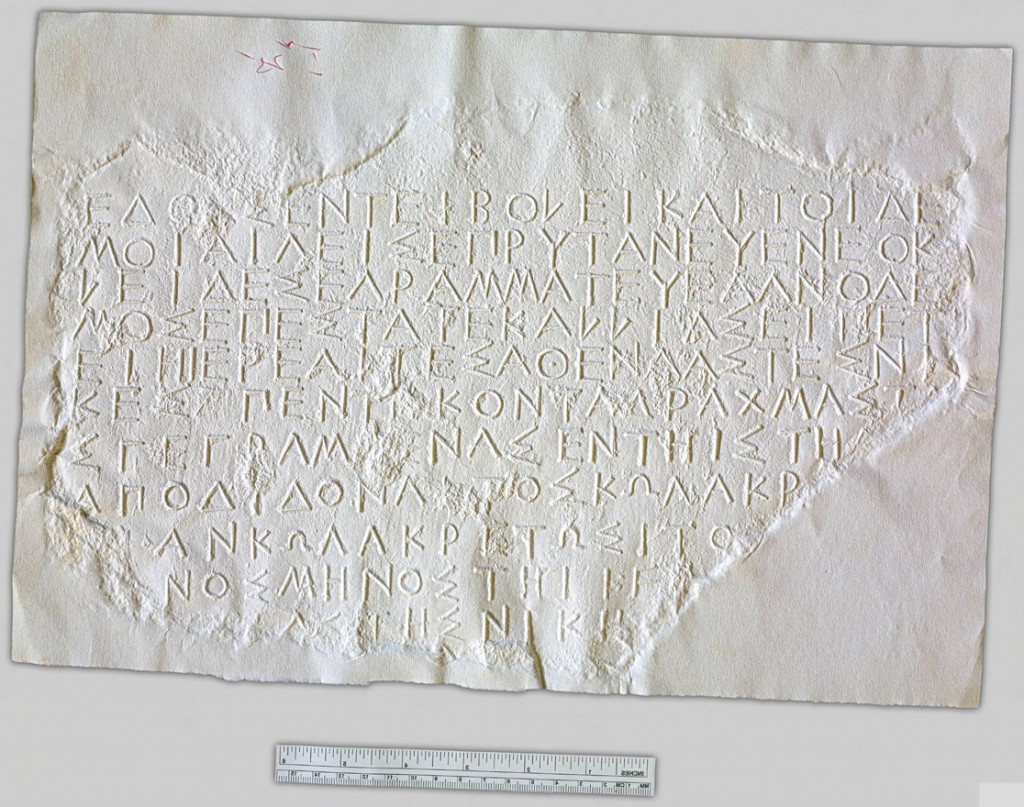 The squeezes can prove to be incredibly valuable as sources for researchers and scholars investigating Greek and Roman antiquity. UBC’s Department of Classical, Near Eastern and Religious Studies has a collection of over 1000 squeezes, and they asked us to help them digitize them.

It might not seem immediately obvious, but getting high quality images made from this source material is harder than it looks! It took us quite a bit of testing to find the best way to work with this material, but we eventually figured it out and we’re excited that we’ll soon begin using our TTI Repro-Graphic workstation to create high quality images of this entire collection! 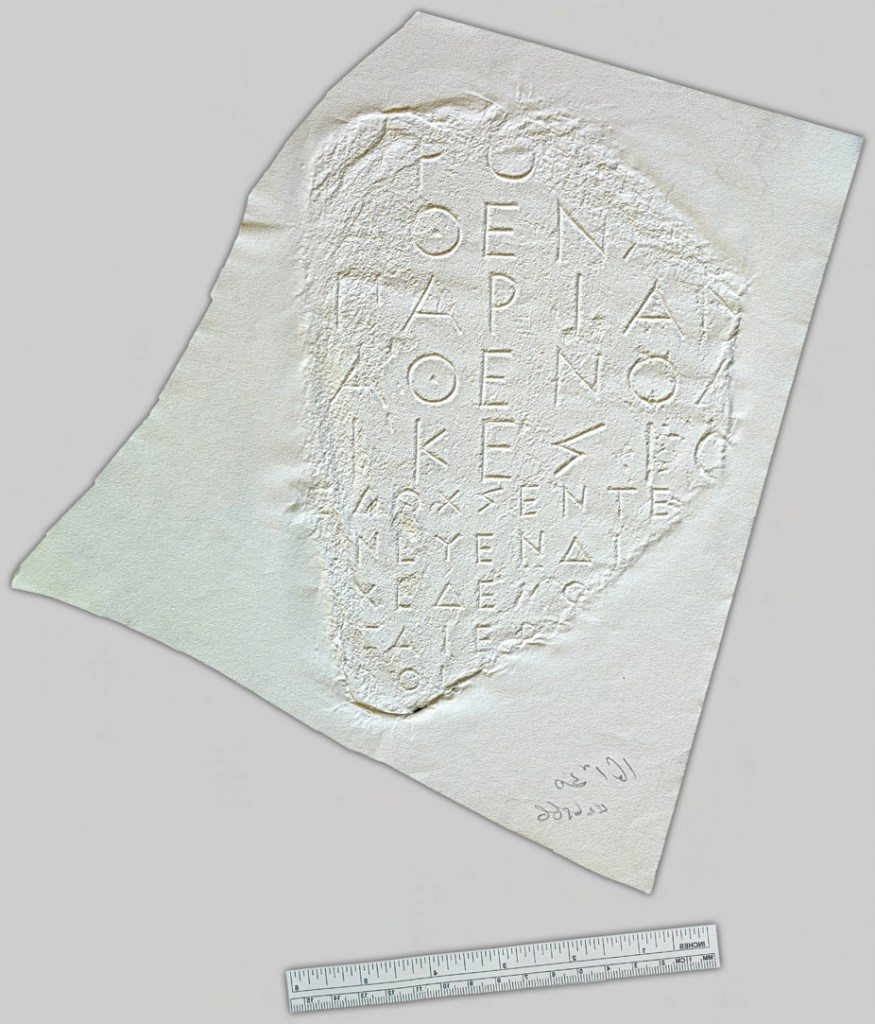 For more information you can check out the Department of Classical, Near Eastern, and Religious Studies’ blog From Stone to Screen that is tracking the creation of these images. You can also take a look at the entire test collection here, but be warned: there isn’t much content right now.