Disease and treatment in BC 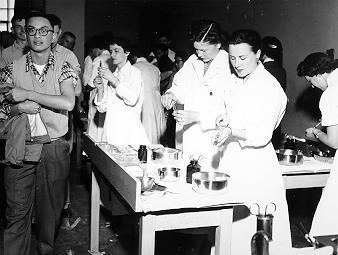 Students receiving polio shots at UBC in the 1950s.

The feature photograph of this collection, showing students being vaccinated against polio in the 1950s, illustrates the culmination of a concerted effort to eradicate a debilitating disease that had affected Canada since the early 1900s (Canadian Public Health Association). While this photograph is from the BC Archives Photograph Collection editions of the Ubyssey from this time document advances in Polio research and frequently contain announcements of polio vaccinations being held on campus. Shortly before this period, treatment of polio could lead to the patient experiencing a full recovery. As polio often makes it difficult to breath, iron-lungs were an essential tool in successful treatment (Haynes, 2006). 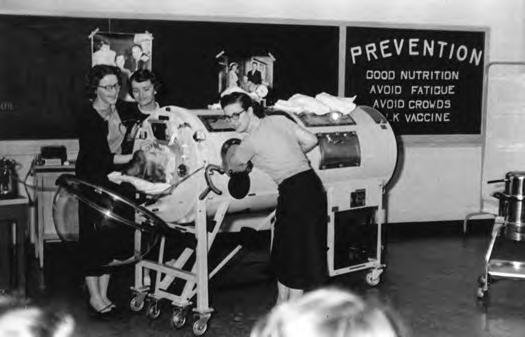 Nursing students demonstrate the use of an iron lung for treatment of poliomyelitis, 1955.

Vaccination and successful treatment did not necessarily end the troubles presented by polio. Those who recover from polio may experience post-polio syndrome years later. The following photograph, from UBC Reports, shows researchers at the UBC School of Rehabilitation Medicine assisting a patient with post-polio syndrome to perform leg exercises to help recover her ability to walk. 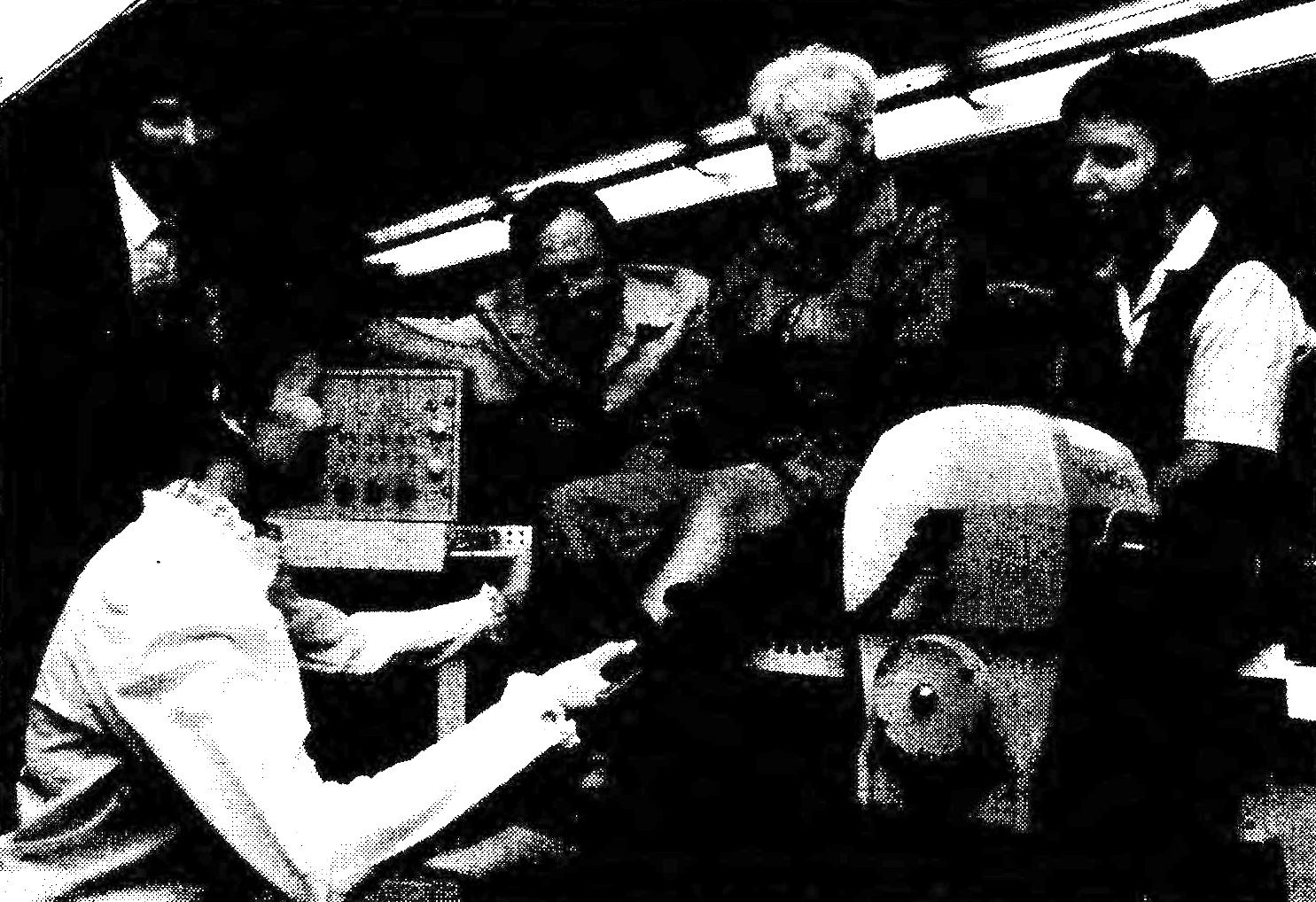 Researchers at the UBC School of Rehabilitation Medicine help a woman suffering from post-polio syndrome with leg exercises, 1987. Further details are available in the full article.

Cholera is another condition that has affected people globally for almost two centuries (World Health Organization 2019). Open Collections contains accounts of cholera outbreaks throughout the world, and especially in the settlement of the western parts of the Americas. BC Historical Books is a good collection for exploring these first hand accounts; where the disease hits swiftly and often with deadly effect. BC Historical Newspapers also provides “in the moment” stories of outbreaks and their effects locally and around the world. By the time the following report was published in the BC Sessional Papers, it was clearly understood that contaminated drinking water was a major vector for the spread of the disease. 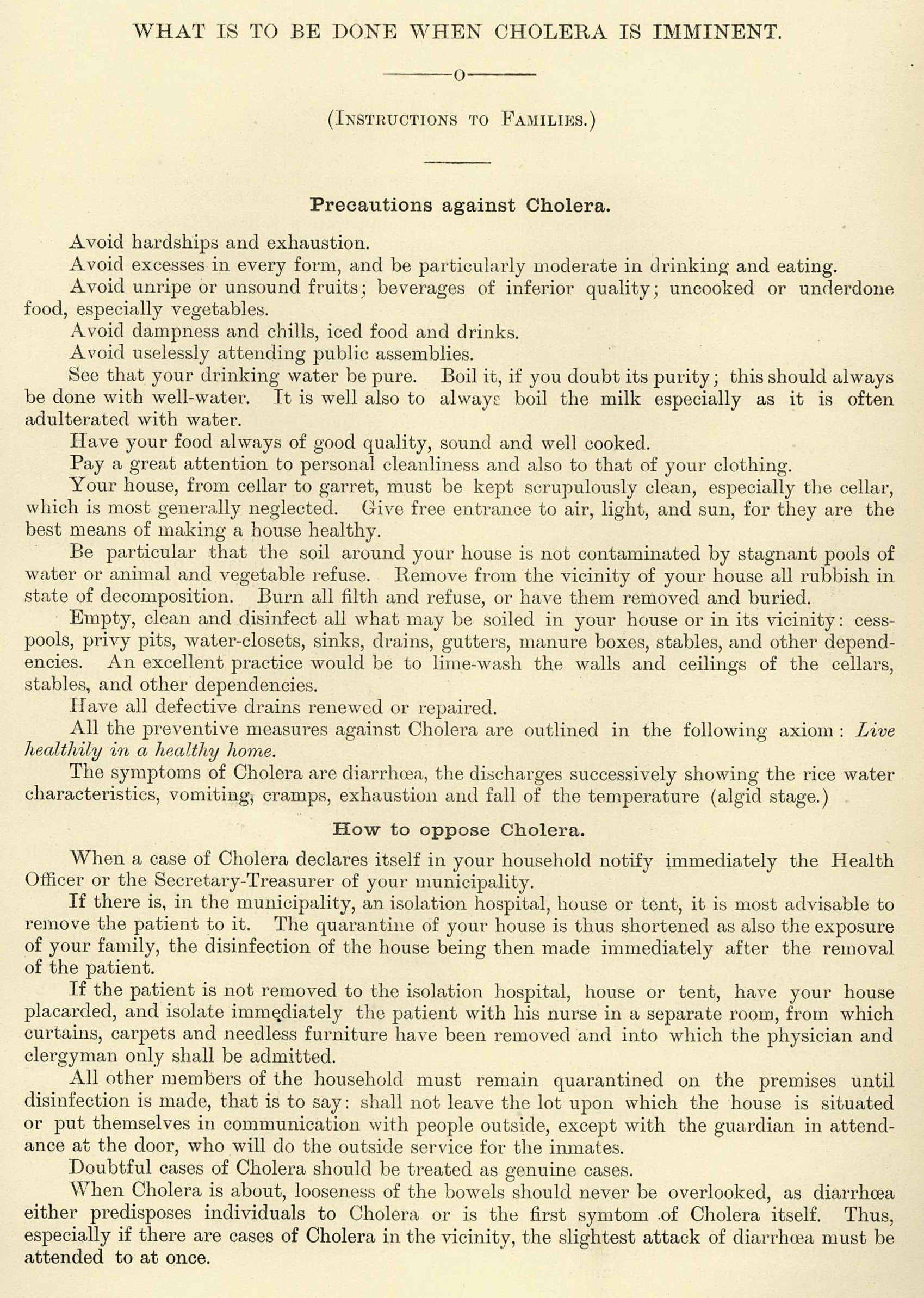 Health regulations released under the authority of the Health Act of British Columbia detailing measures to be taken against infectious disease, including cholera. There is an emphasis on clean drinking water and sanitation. 1893.

Other reports from the BC Sessional Papers indicated a risk of infection disease being transmitted to the province through increased international steamship traffic to the province. Indeed, there are accounts throughout Open Collections of ships and their passengers being quarantined, either at sea or designated quarantine stations. Ensuring overseas passengers were vaccinated against infectious diseases was another precaution taken. The Chung Collection contains numerous vaccination cards of overseas passengers as well as travel and immigration regulation pamphlets from steamships. 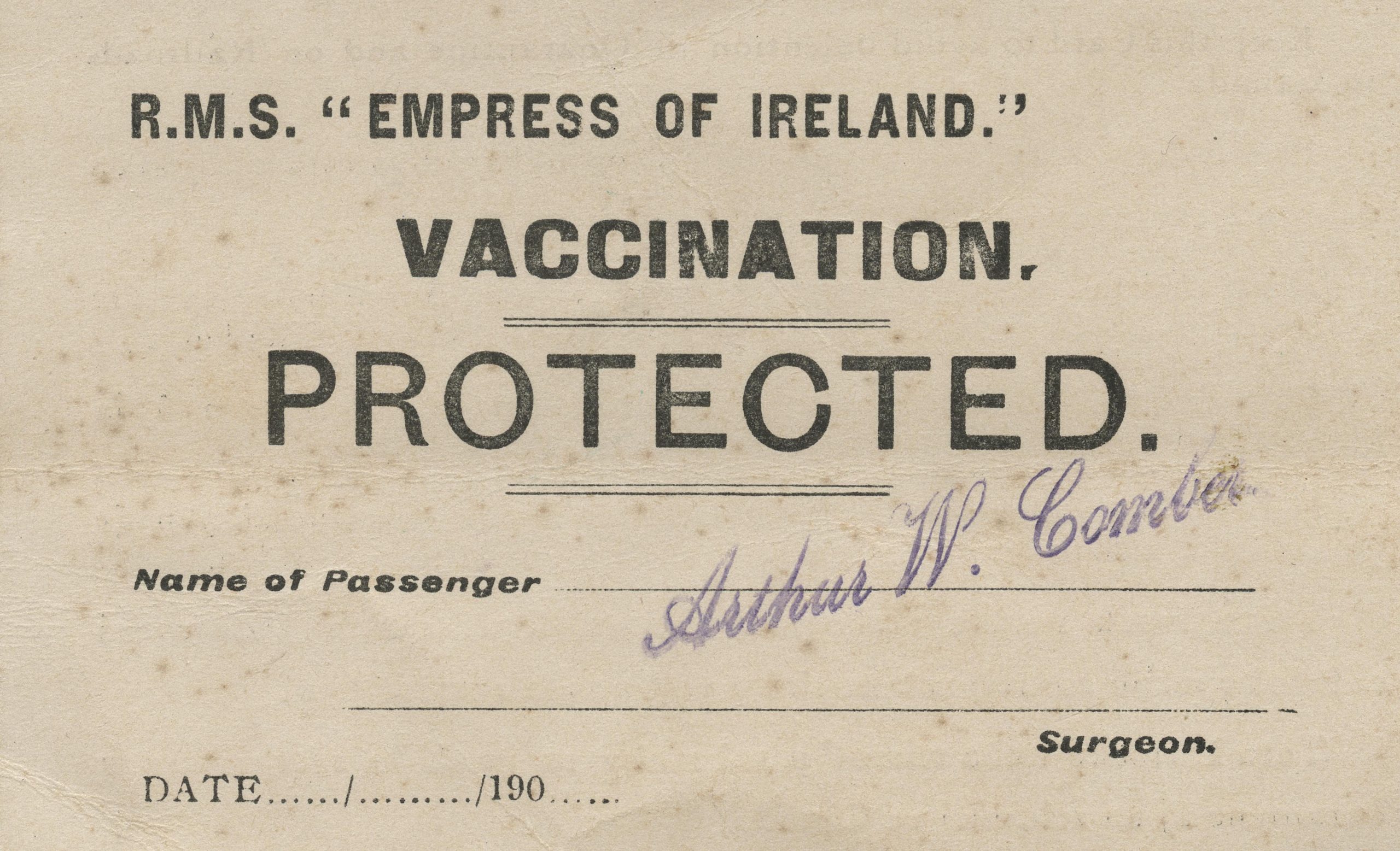 Vaccination card from the Empress of Ireland, early 1900s.

Of course, in the times of COVID-19, it’s hard to talk about infectious diseases without considering the 1918-19 flu pandemic. The BC Sessional Papers again are a good source for reports on the state of the epidemic, including the 1920 Report of the Provincial Board of Health, which includes statistics on the pandemic and especially its devastating effect on the indigenous people of British Columbia. More concise information on the flu pandemic in British Columbia can be found in the journal BC Historical News, 1992, 25(4) including the ever appreciated photograph of people wearing masks. BC Historical Newspapers contains frequent reports on the state of the pandemic, but perhaps more intriguingly, also has advertisements for products promising relief from the flu. 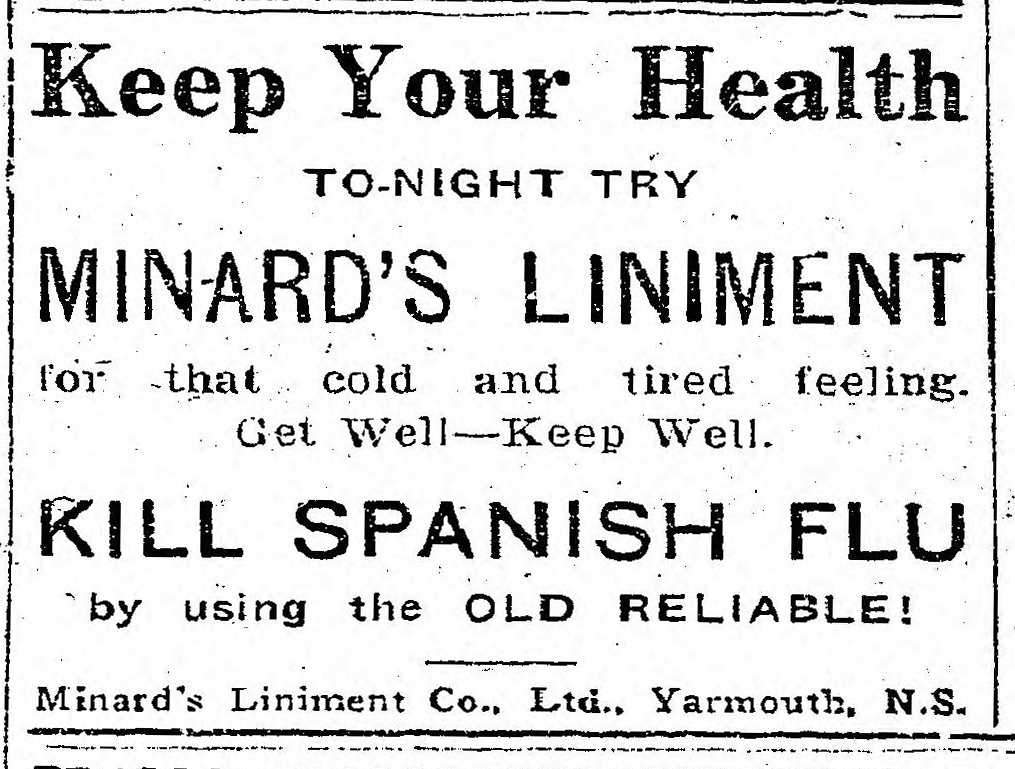 Advertisement for Minard’s Linament, promising relief from the flu, in the 1922-03-17 edition of the Creston Review. Gin Pills were another popular remedy for kidney troubles following a bout with the flu.

Finally, no article on disease in British Columbia, however brief, would be complete without mention of the devastating effect of smallpox on the province in its early history. Although the disease ravaged the province on many occasions, the 1862 smallpox epidemic remains the most infamous for the horrific death toll it inflicted on the province’s Indigenous inhabitants. BC Historical Books Collection contains many eye-witness accounts of this epidemic. One example is from “Blazing the trail through the Rockies : the story of Walter Moberly and his share in the making of Vancouver”, where Walter Moberly recounts several encounters with Indigenous people and entire villages suffering from the disease as he traveled along the Cariboo Road in 1862. We will leave you with the first section of this account, which can be read in its entirety by following the link provided with the image.