If you’re looking for some autumn reading, we suggest delving into the books of legendary poet E. Pauline Johnson (Tekahionwake) (1861-1913).

There are dozens of items connected to Johnson in Open Collections; four are digitized copies of her written works, and several more are ephemera connected to her life and legacy.

Johnson was a mixed ancestry Indigenous woman who created literary works and performances centering on her Mohawk and English roots. She was born at the Six Nations reserve in Ontario in 1861 but eventually made Vancouver her home. 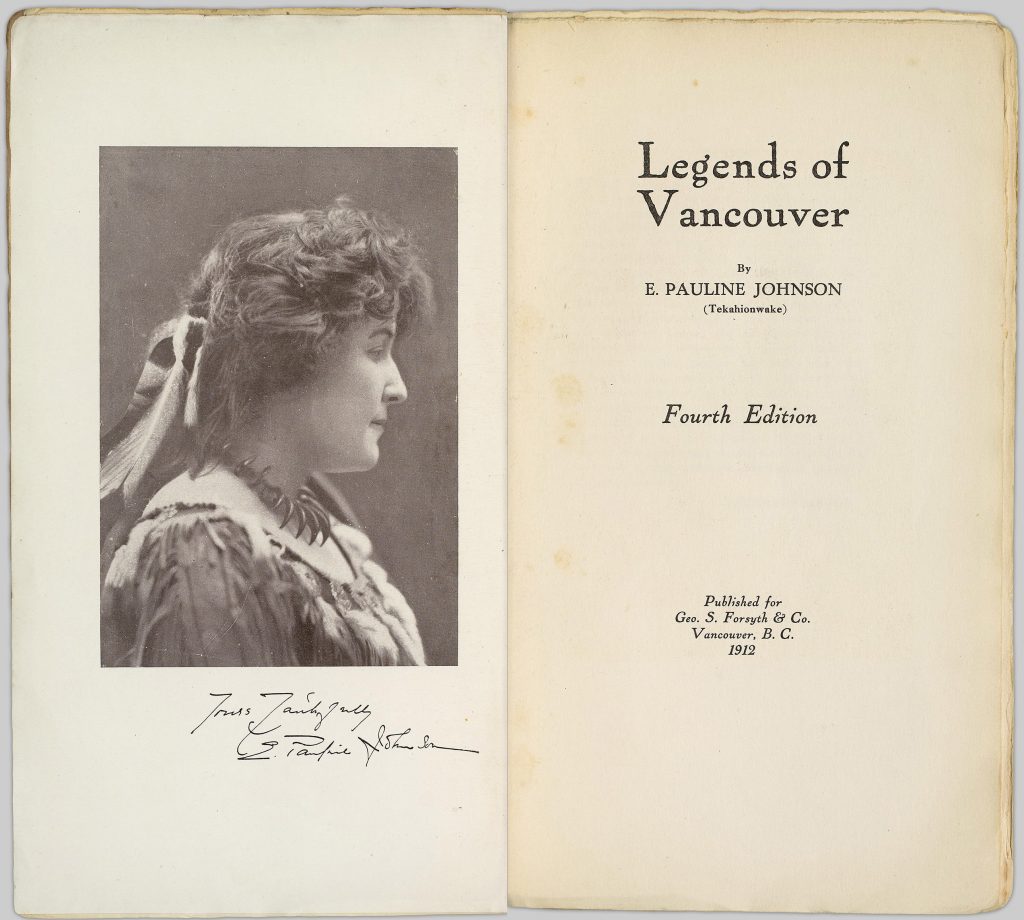 One of her most celebrated books is called Legends of Vancouver — a collection of prose based on traditional stories told to her by Squamish (Skwxwú7mesh) leader Chief Joe Capilano (Su-á-pu-luck). Her piece The Siwash Rock recounts a dialogue between the two of them about a rock formation along the coast near Stanley Park. You can read this lovely piece by clicking the title below. 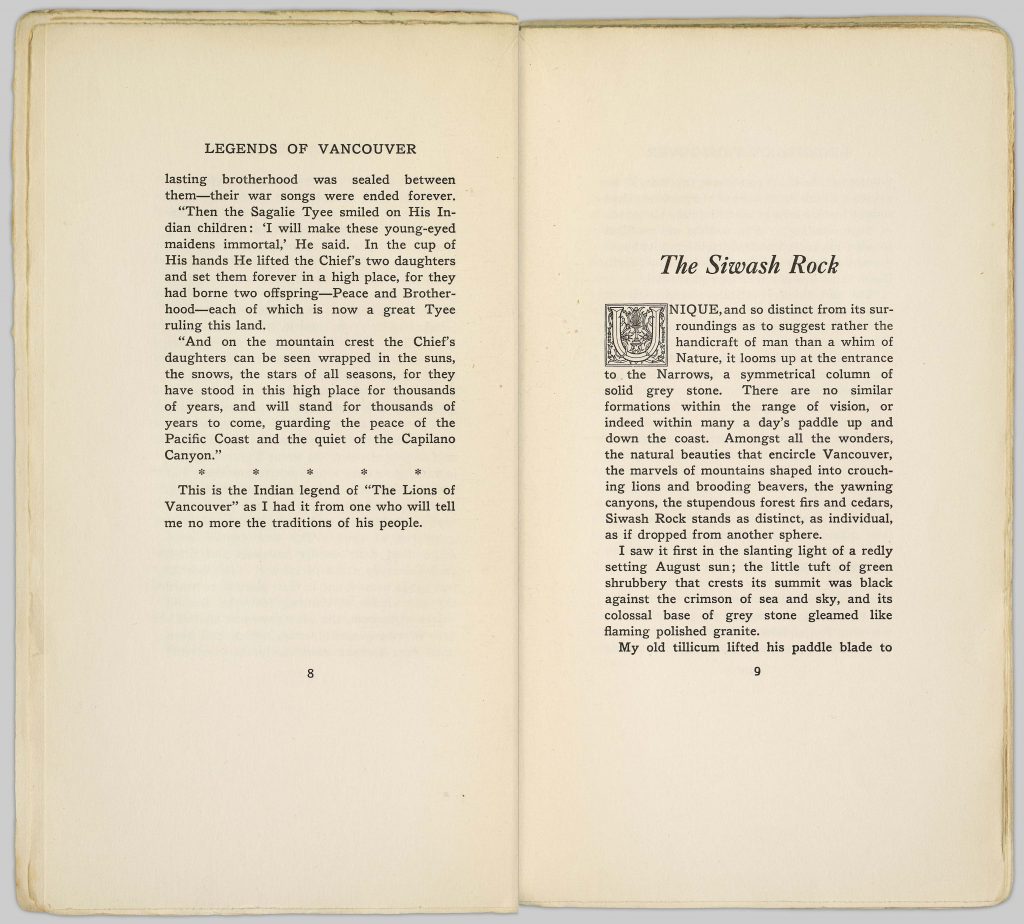 The Siwash Rock, from Legends of Vancouver, 1912 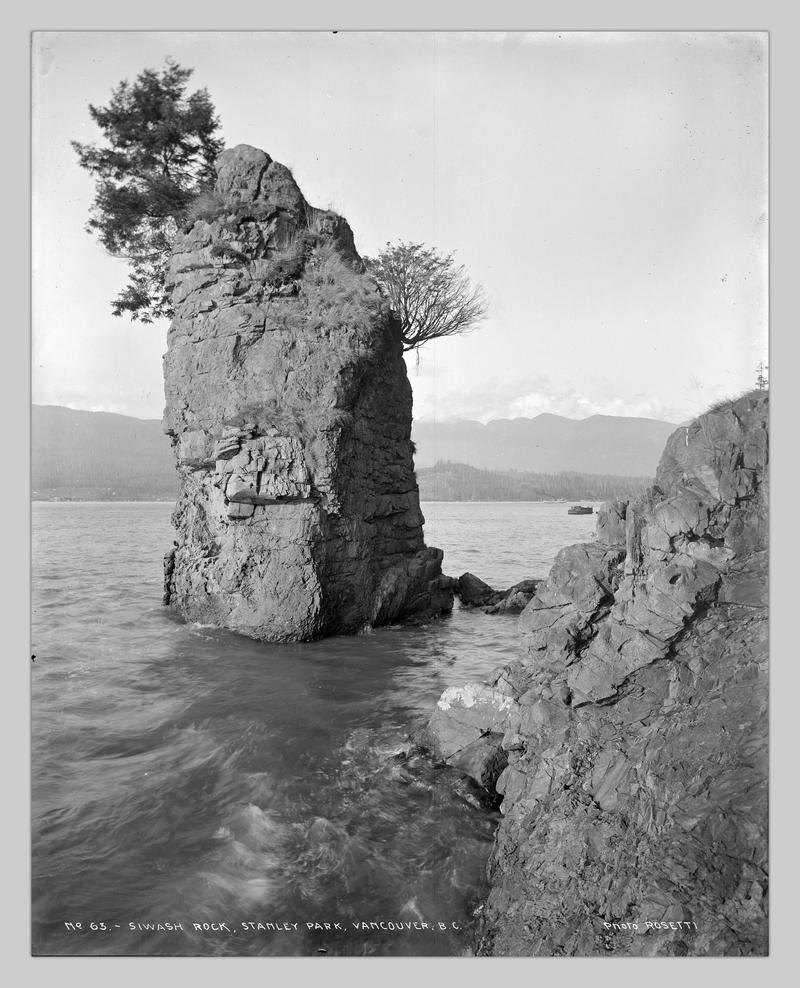 Other records hint at a life in the arts that was very much celebrated in BC. The following page is from a pamphlet that includes both a brief biography and one of her poems. And in our digitized BC Historical Newspapers we found some advertisements and reviews of live performances. Below you can view a positive write-up from an 1894 performance in Golden followed by a 1909 ad for a Princeton show. 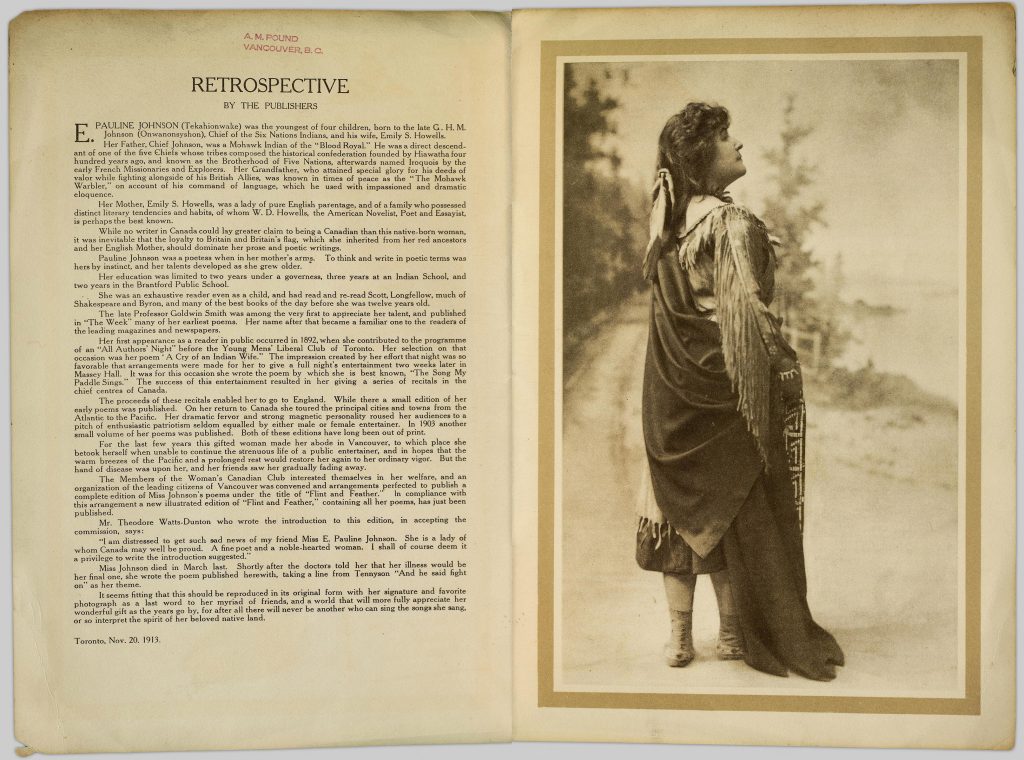 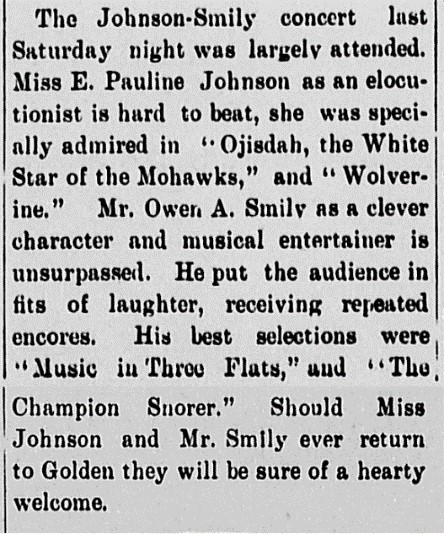 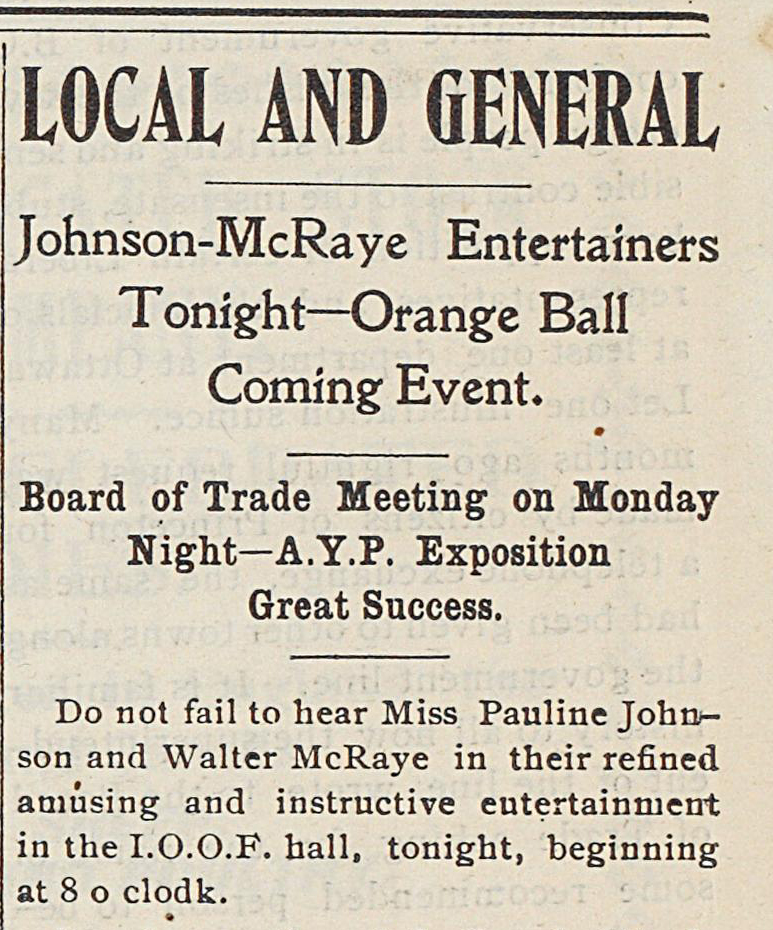 In 1913, at age 51, Pauline Johnson died of breast cancer. Her passing was front-page news in the March 8, 1913 edition of The New Westminster.  By the 22nd, reports on her public funeral and tributes were also going to print.

Her ashes were spread near Siwash Rock in Stanley Park. In 1922, after extensive fund-raising efforts, a monument was put up by the Women’s Canadian Club close to her resting place. 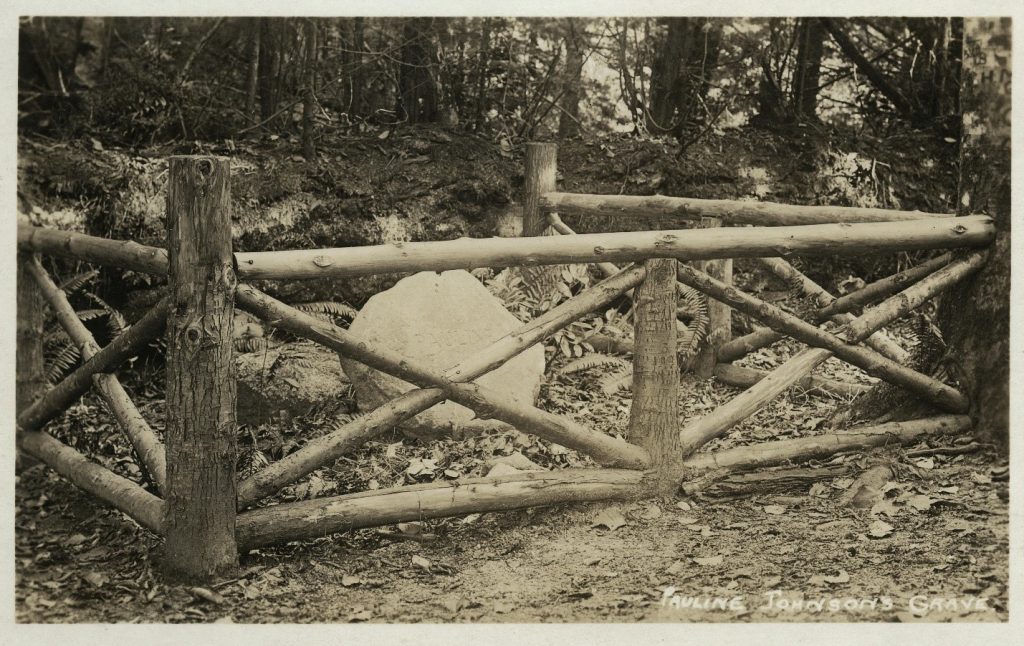 For more than 100 years, people have visited Siwash Rock to pay their respects to E. Pauline Johnson. Her canon of work is an enduring part of BC’s literary landscape, and we hope you enjoy reading some of it in Open Collections.

To learn more about Johnson’s friendship with Chief Capilano and Indigenous knowledge transfer as it relates to Stanley Park, take a look at this 2015 dissertation:
Xʷay’Xʷəy’ and Stanley Park: Performing History and Land by Selena Marie Couture.