Canada is a multicultural country, and its culinary traditions reflect that. Many people often ask Canadians: what are typical Canadian dishes? I’ve asked that question myself a few times and usually heard “gravy” or “poutine.” Well after a bit of digging, we found the answer, and it is way more than just gravy!

While browsing the Chung Collection, we found a document that instructed chefs from the Canadian Pacific Railway hotels to develop a “French-shame-free” menu. What does that mean? The CPR management realized that using French terms in their menus was embarrassing for people who couldn’t speak French, waiters and guests included. Guests would often have to ask questions about French terms, usually not knowing how to pronounce them, and waiters were put in a position of having to explain the whole menu before writing out the order in French.

To make things easier, a dictionary was created to translate the French terms to English. The guide standardized the menus across the CPR hotels system, and also instructed chefs to go beyond the name of the dish and explain what ingredients were used. Chefs were also advised to have at least two or three Canadian dish options. 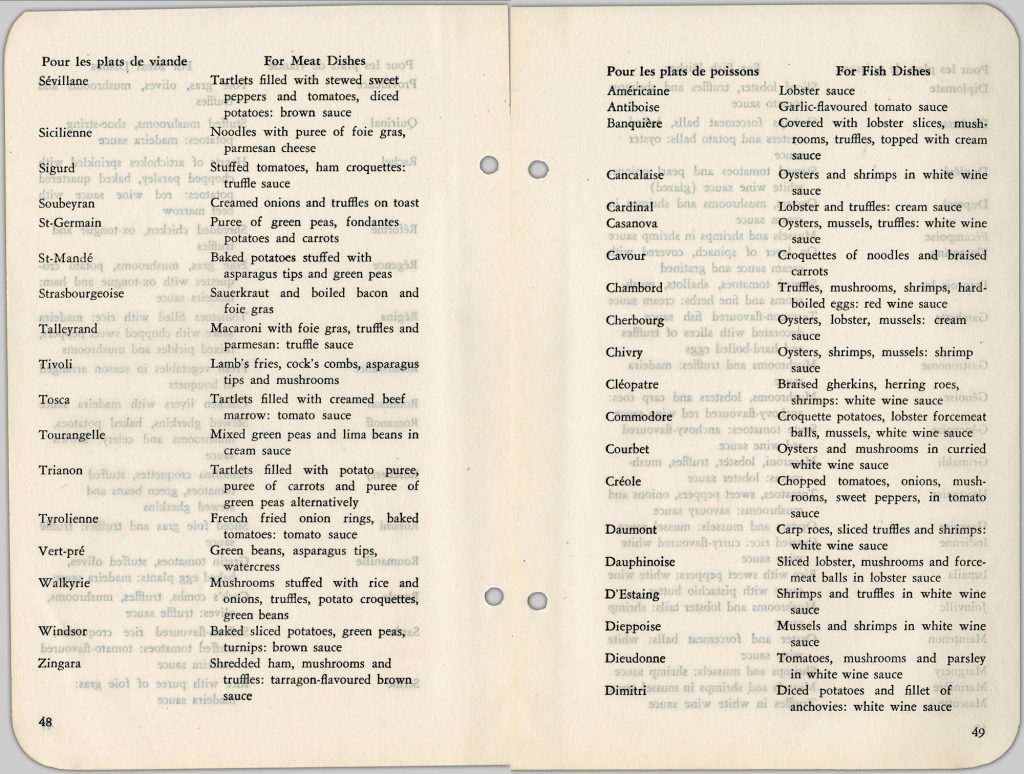 The guide also included a special chapter “containing typical Canadian Dishes” collected from all over Canada. The recipes included: 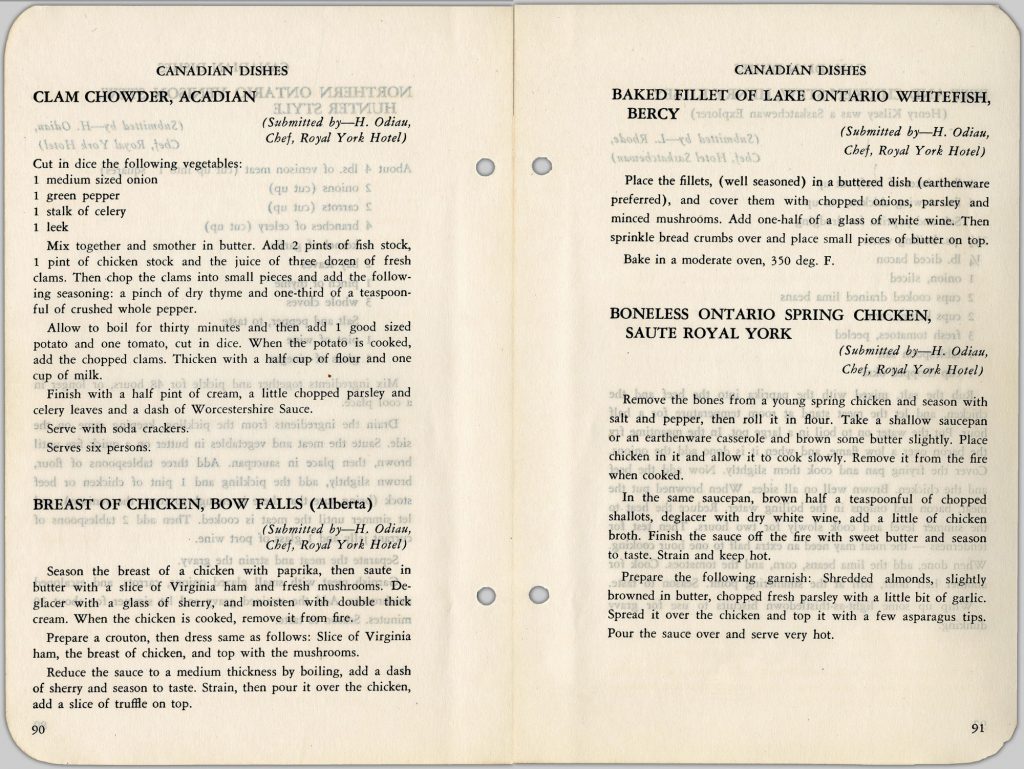 These are only a few of the recipes in the CPR Menu Terms Guide. The guide has many other Canadian recipes that you can try out at home. If you would like to try the Canadian Dishes, check the out recipes here (from page 80 onwards).